This is probably the earliest Mademoiselle Lenormand deck produced by Wüst, stencil coloured and dating from about 1860. The reverse has a dotted pattern. The inset court cards are different to later Lenormand decks, but a chromo printed version also uses these court cards. A maṇḍala of 36 cards (perhaps representing 360° of space) depicting worldly appearances and revelatory symbols for exploring inner states through intuitive vision? 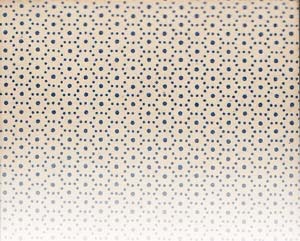 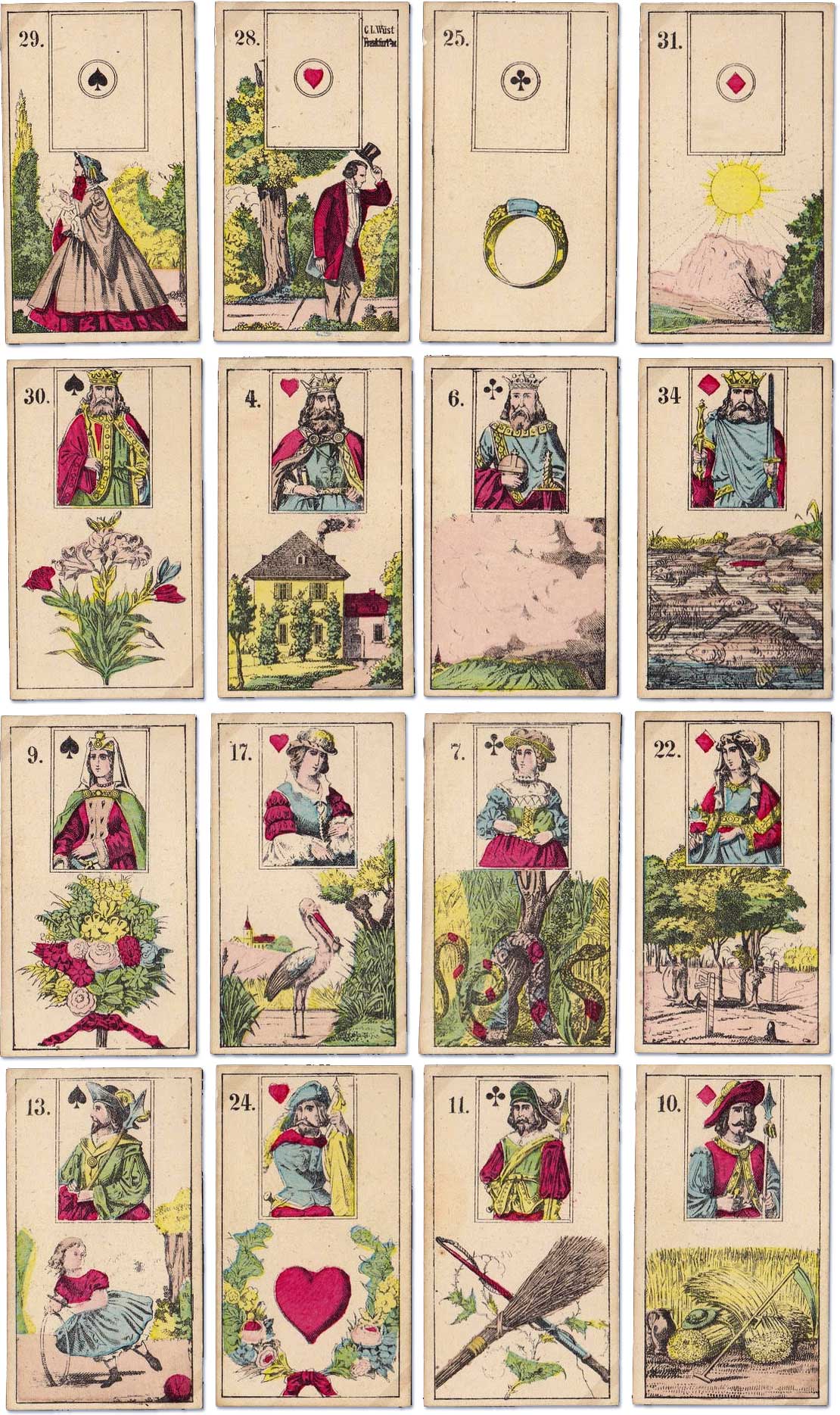