Souvenir playing cards from Garuda Indonesia Airlines, the national airline of Indonesia, named after the holy bird Garuda from the national emblem of Indonesia. The court cards appear to depict ethnic Indonesian characters. See the Box► 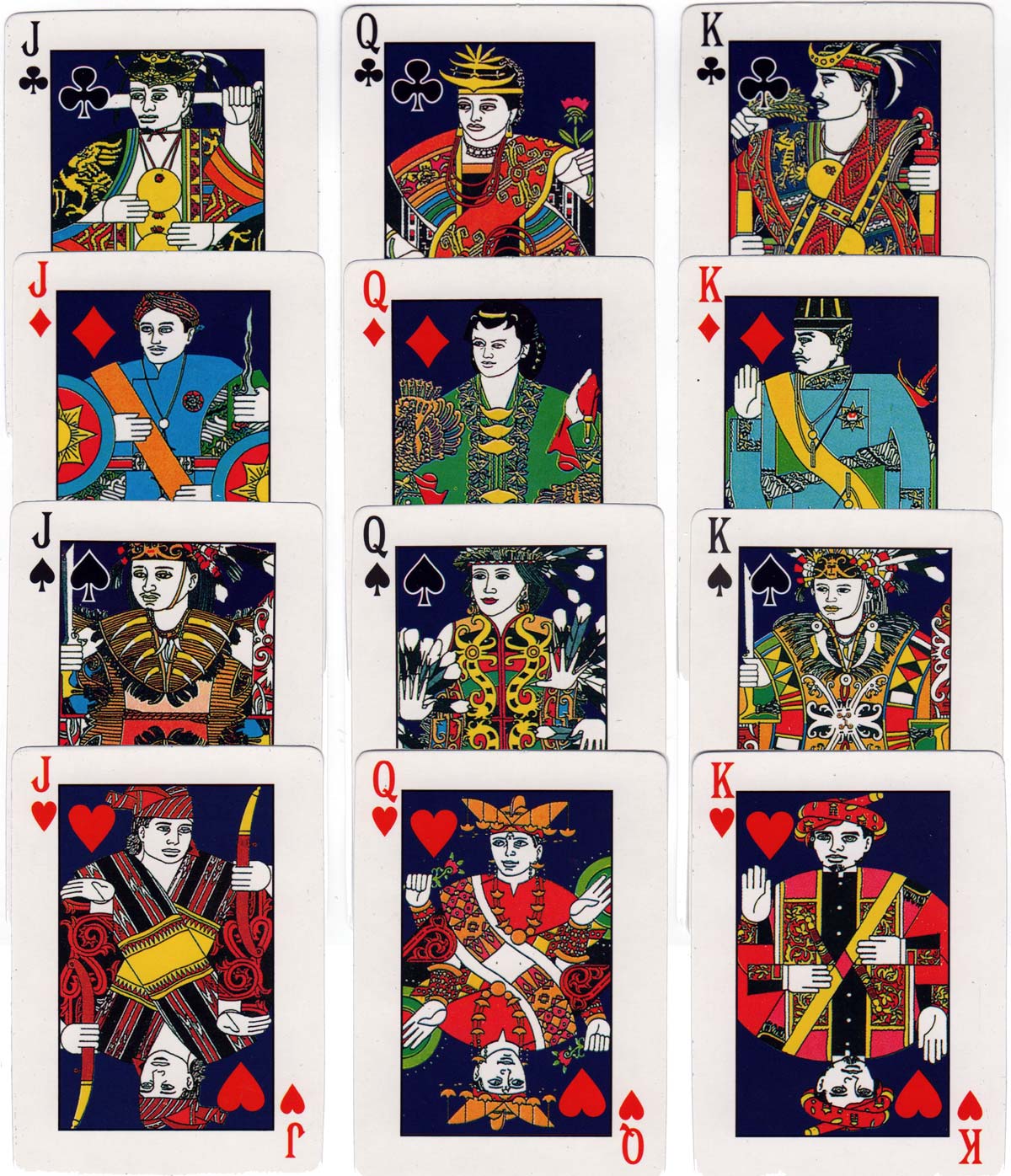 Above: souvenir playing cards from Garuda Indonesia Airlines. Unknown manufacturer. The cards are made of low quality paper, rather poorly cut, BUT take a look at the design! Images courtesy Matt Probert.