A nice deck of cards given to passengers by Singapore Airlines, produced to promote the A330 flying experience. The pattern is clearly a non-standard one, with symbols of airport signage in the background and hints of the traditional english pattern: the King of Hearts is depicted with a sword behind his head. 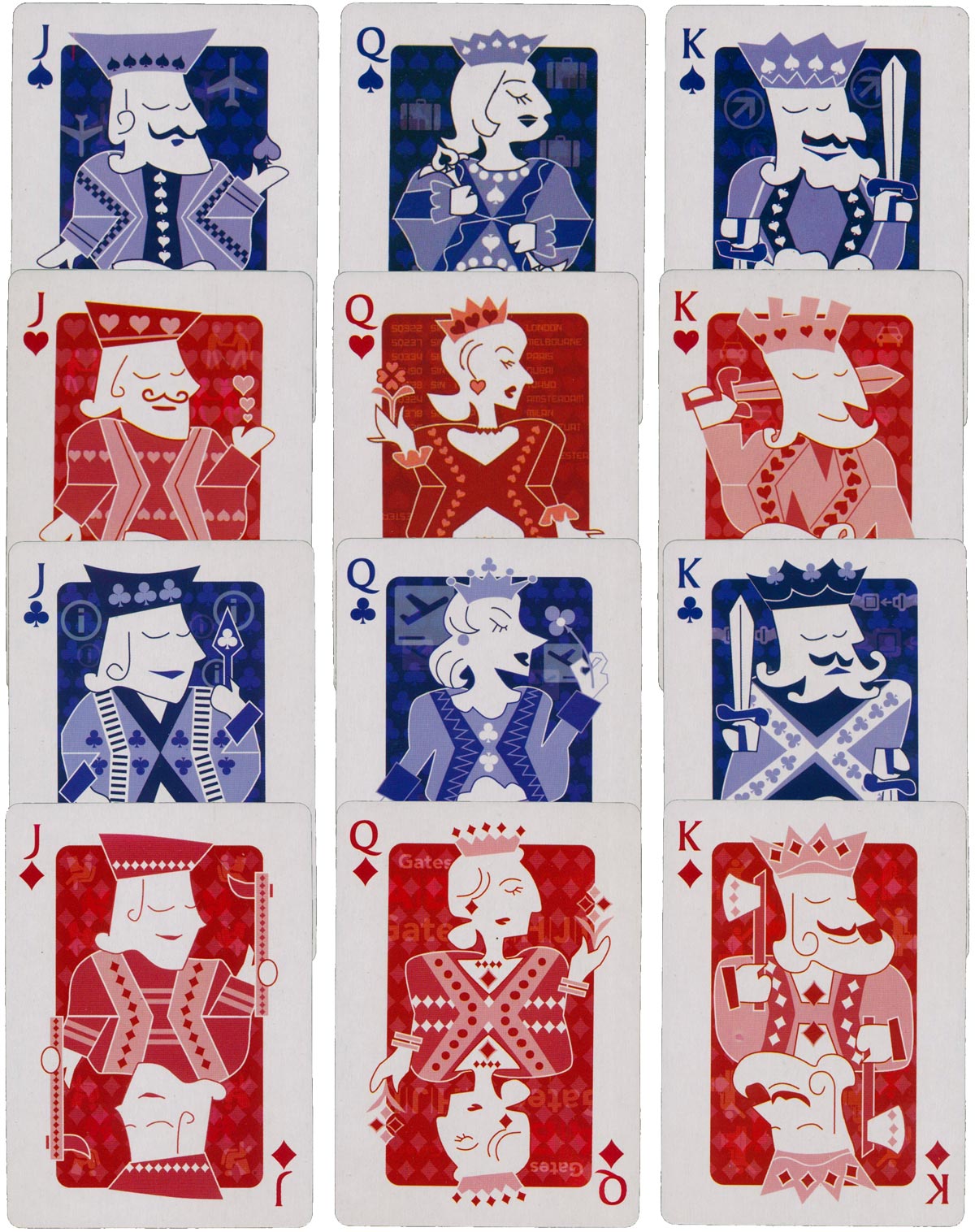 Above: Singapore Airlines A330 souvenir playing cards. The deck is of 56 cards: 52 cards with 4 identical jokers and normal pip cards but it bears no reference or clue to the maker. Images courtesy Matt Probert. 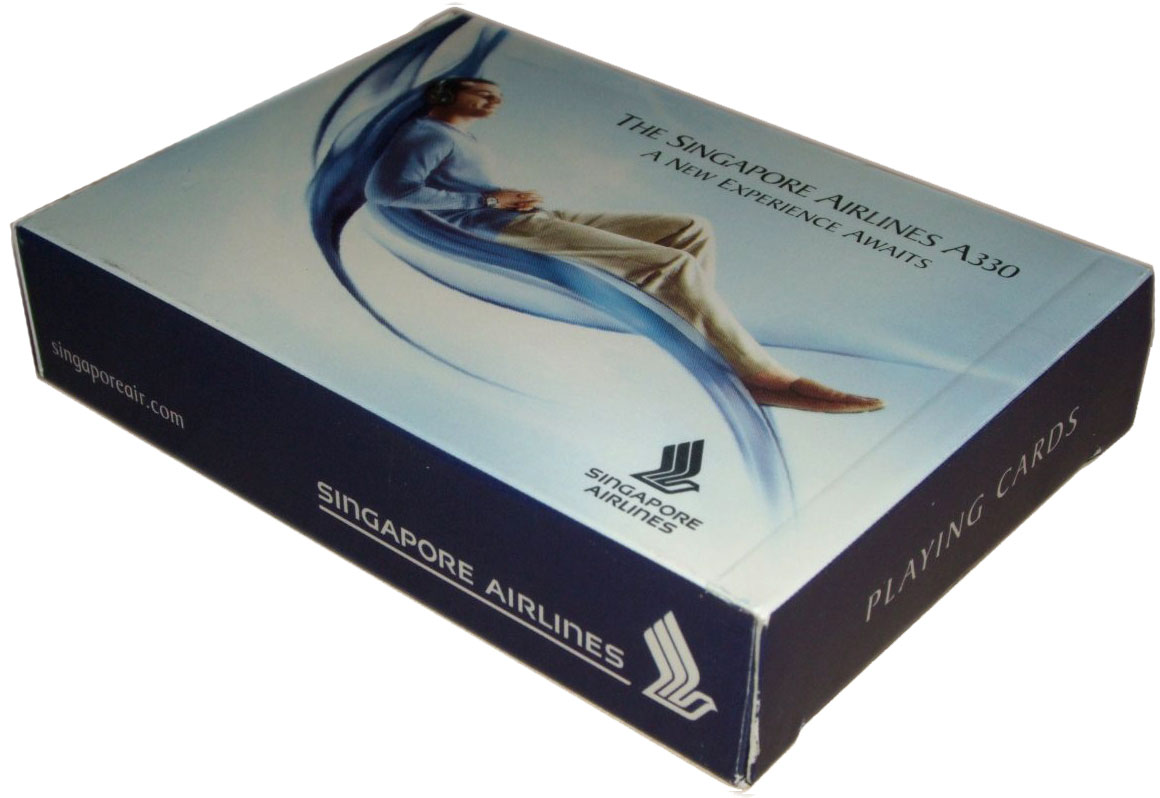