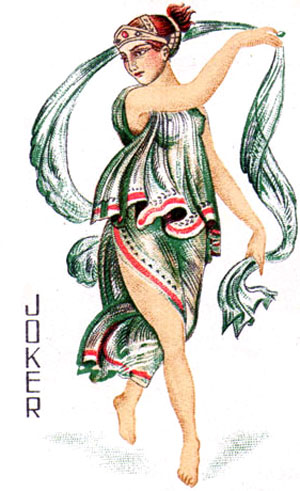 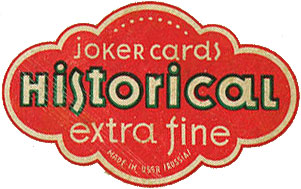 This very famous Russian deck depicting four ancient dynasties was published in several editions in the 1920s, all printed by chromolithography in St. Petersburg (Leningrad in USSR) by the Colour Printing Plant. This edition was produced for export and has non-Russian indices.

After the USSR ended several small firms started to print playing cards, including re-prints of this deck. 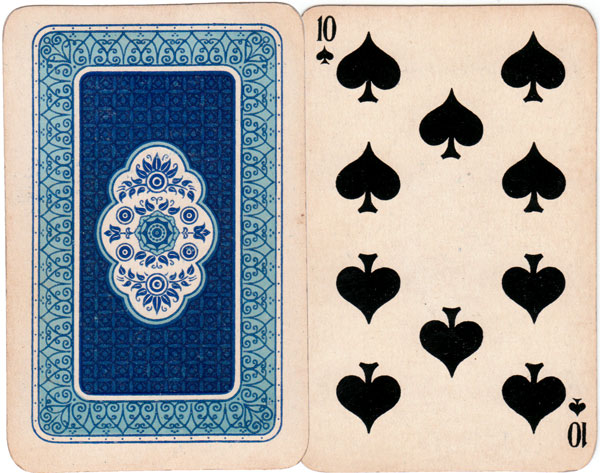 Right: the back design, red or blue. The complete pack contains 52 cards + Joker. The box has the title “Historical extra fine No.204”. A later edition was published without frames as “No.202”. The artist's name is not known. Information kindly provided by Alexander Arinushkina (Александр Аринушкин). Images courtesy Rex Pitts.