A service to rival “The Orient Express” with tickets starting at £600 per adult (based on two sharing a compartment), this is a luxury train service in South Africa. Decks are manufactured by Protea Playing Card Company and appear to be available on-board the train as single decks or double boxed sets. Each card depicts a different railway locomotive, repeated in each suit in blue or red against a gold background. The reverse features a floral design. See the Box► 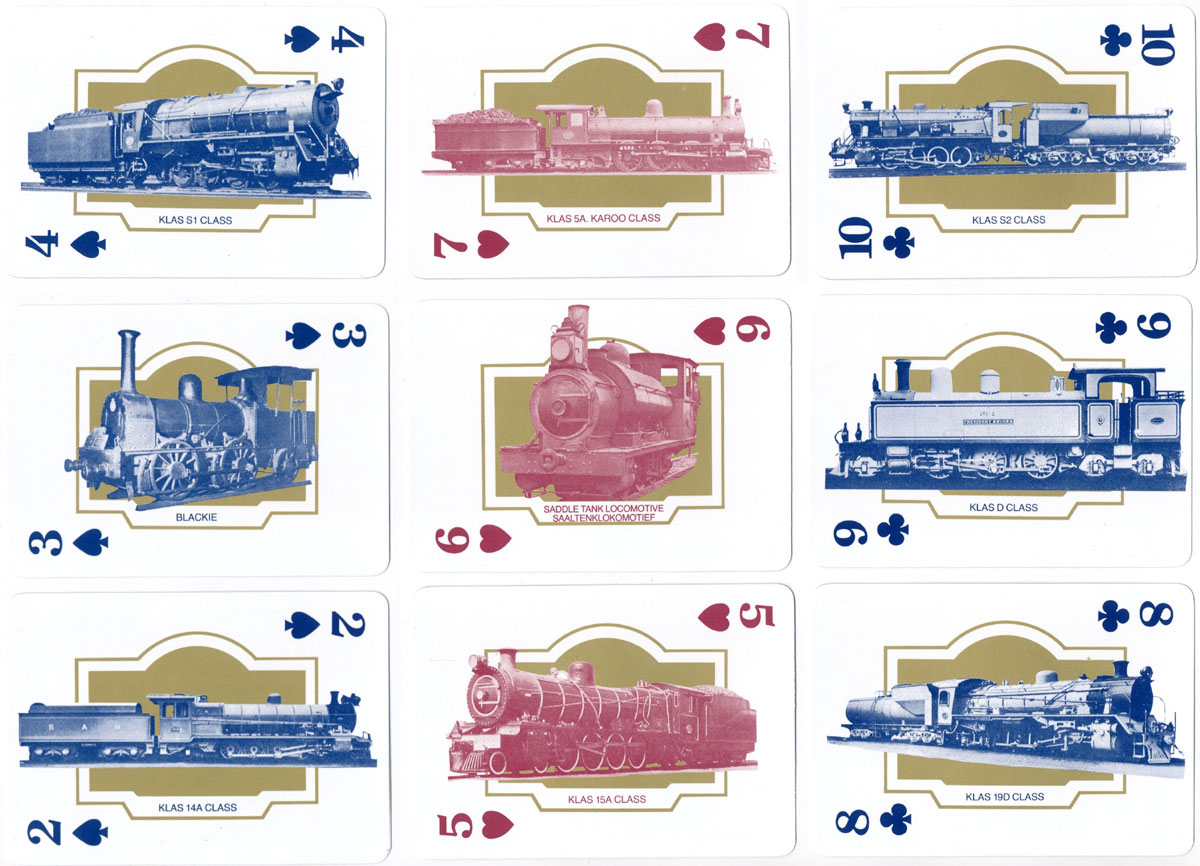 Above: “The Blue Train” (Bloutrein) playing cards from the luxury train service made by Protea Playing Card Company, a later repring, with updated artwork, of a deck first published in c.1978 (shown below). There are three jokers, one red and two blue. Each suit has the same images. Images courtesy Matt Probert. 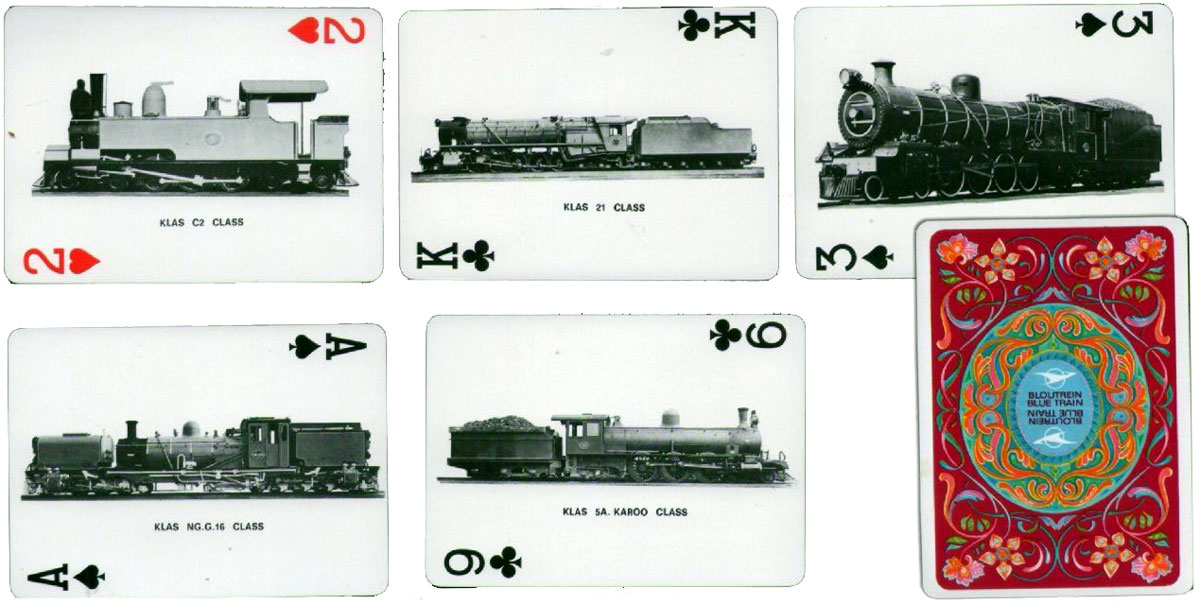 Above: earlier edition of “The Blue Train” playing cards published by the South African Railway Museum. Depicts 52 different steam locomotives, one on each card. The back is described as "an allegorical motif of the museum". Unique cartoon joker. Made by the Protea Playing Card Co, Johannesburg, South Africa, c.1978. 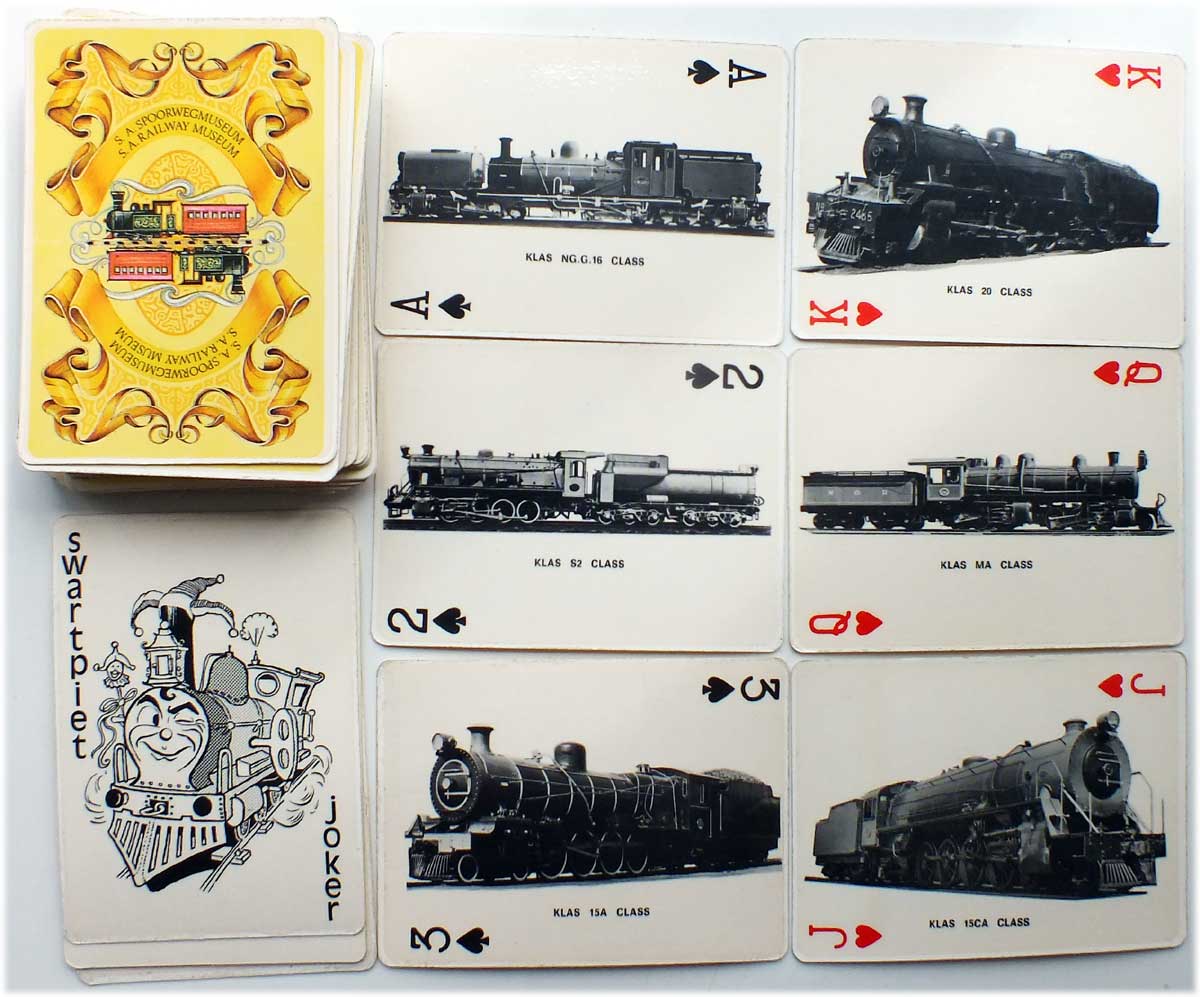