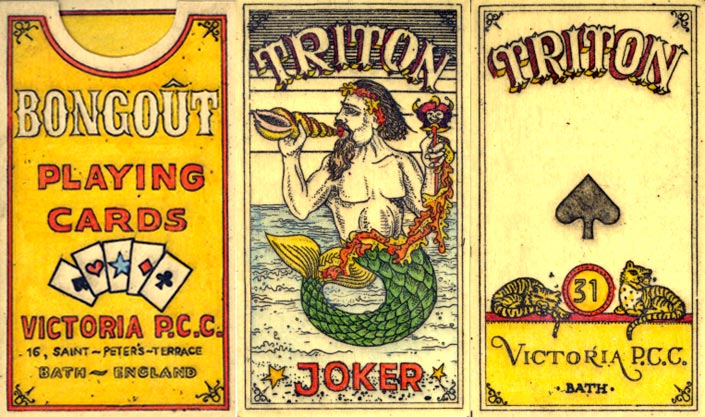 “Triton”, KG31, was published by Karl Gerich in 1989 trading as Victoria Playing Card Co with double-ended courts based on the XP17 or “Bongoût” pattern of Van Genechen and other Turnhout makers. The single-ended joker shows the sea god Triton and is named in tribute to the Voyager 2 spacecraft passing Neptune's moon. The Aces show scenes from Bath. The spades and club suits are the conventional black while hearts are red and orange and diamonds orange and yellow. 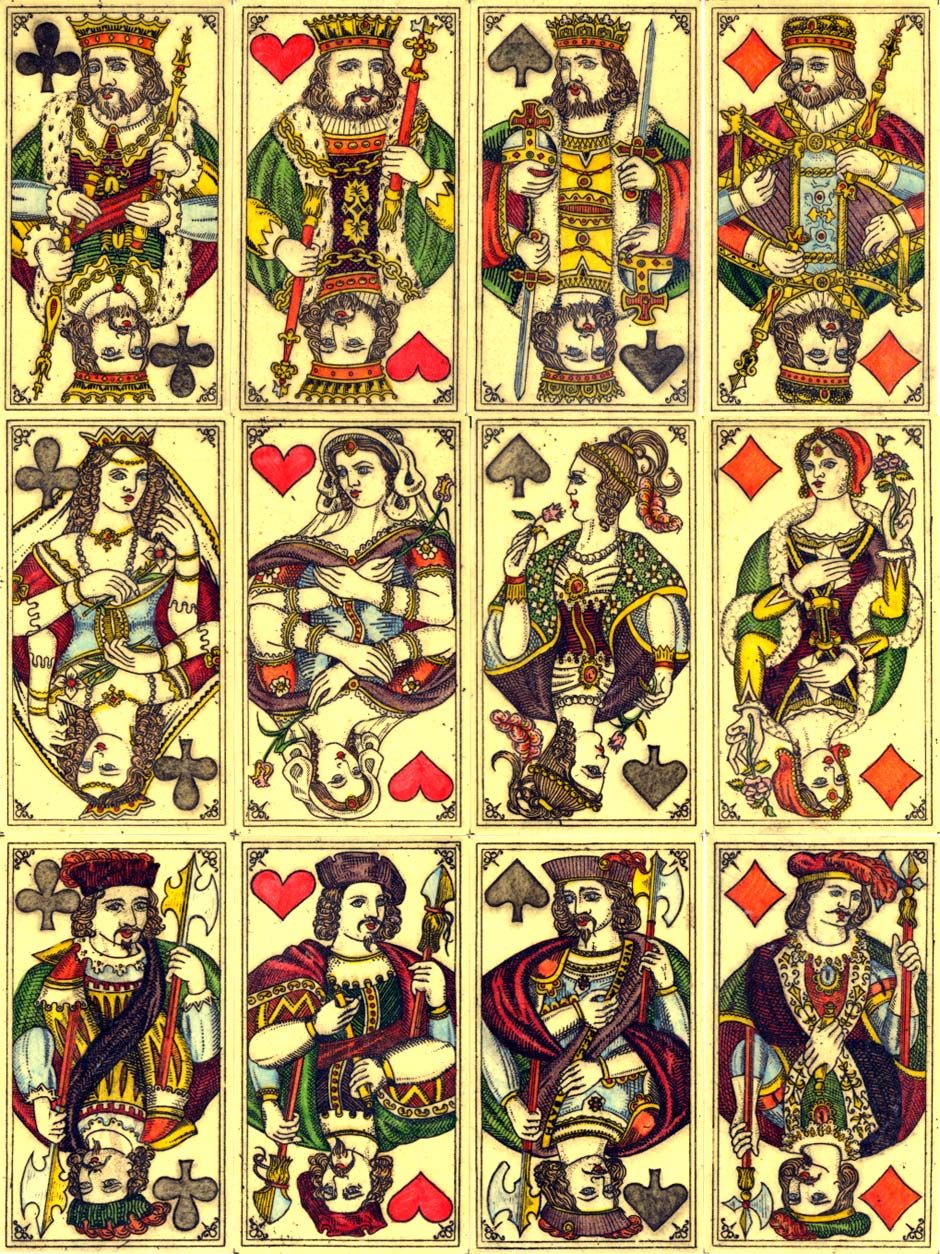 Above: Karl Gerich's “No.31: Triton”, hand-printed from copperplate etchings and hand-coloured. 52 cards + Joker + title card in a beautiful hand-coloured box with the same Triton image. The title card has an image of two tigers. The cards measure 43mm x 78mm and some 30 packs were issued.