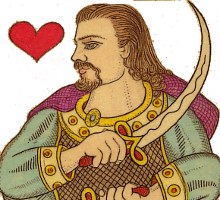 Views of Bath is Georgina Harvey's third design, created in 1990. The cards feature beautiful double-ended courts with gentle curving lines and double-ended Aces with a central band identifying different views of the City of Bath at each end. There is a crowned suit symbol on the Kings. The Jack of Clubs has the inscription "Victoria P.C.C. 1990". Karl and Georgina traded as "Victoria Playing Card Co." between 1 May 1989 - 17 December 1990. Although designed by Georgina Harvey, the cards were printed by Karl and finally published in 1992. 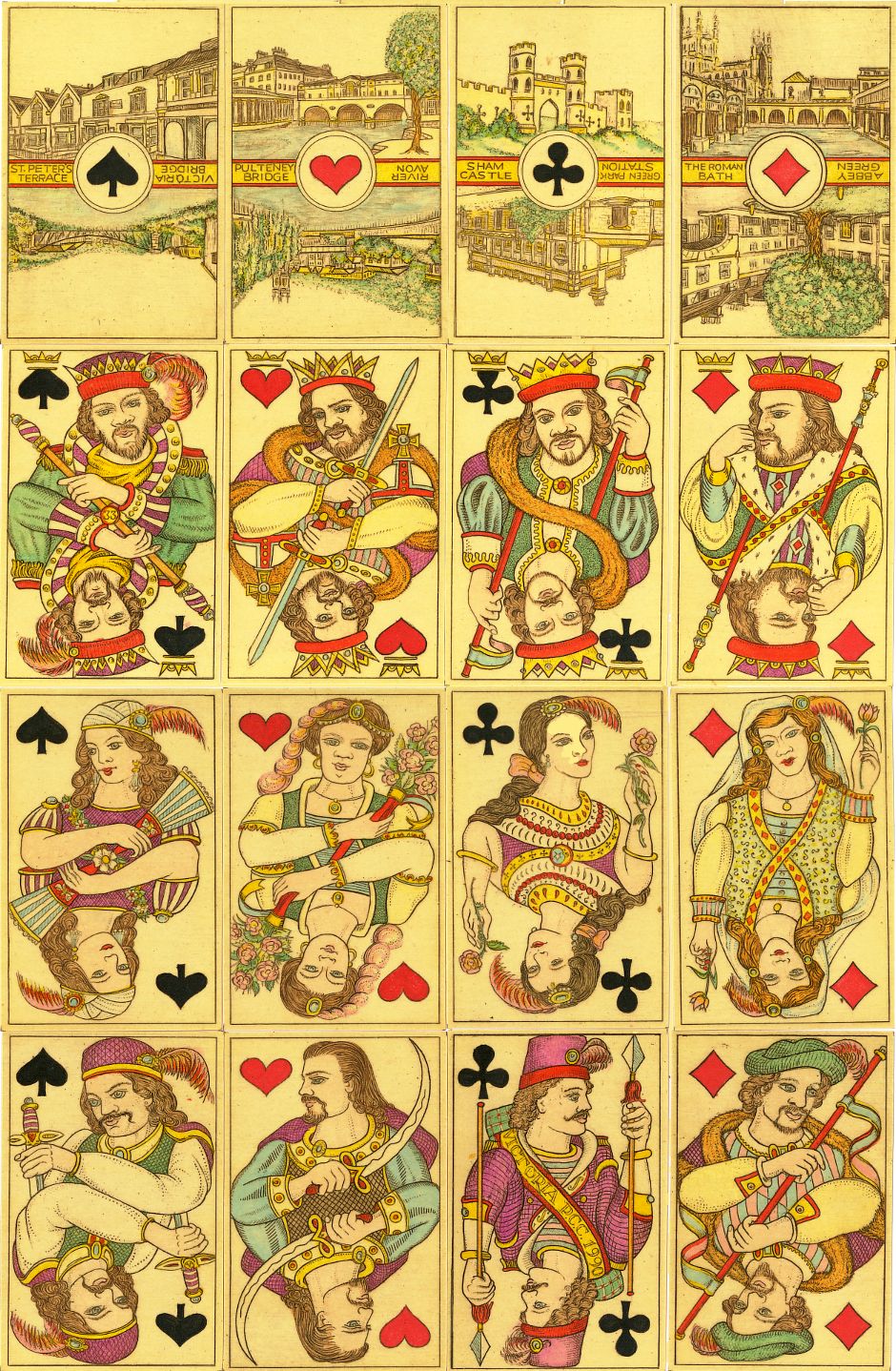 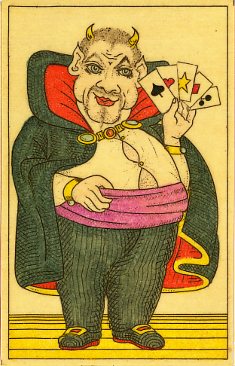 Above: four scenic Aces and court cards from Georgina Harvey's ‘Views of Bath’ playing cards No.33, printed by Karl Gerich. The Jack of Clubs has the inscription "Victoria PCC 1990". The Joker shows a fat devil holding a fan of Aces. There may be two versions of this pack: one as a 32-card pack and the other with 52 cards but both having the single-ended joker. Cards measure 52mm x 81mm.