Prime Arts playing cards were published in 2004 featuring the work of contemporary artists, illustrators and photographers. Although the design of the cards is very basic - a rectangular image with no caption and four corner indices - the idea was to celebrate fresh, imaginative and inspirational works of art. Their motto was: “Prime Art is about Art - because Art is about Life.”   Prime Arts Ltd were suppliers of framed pictures, picture frames and art prints which sadly went into liquidation in November 2014. 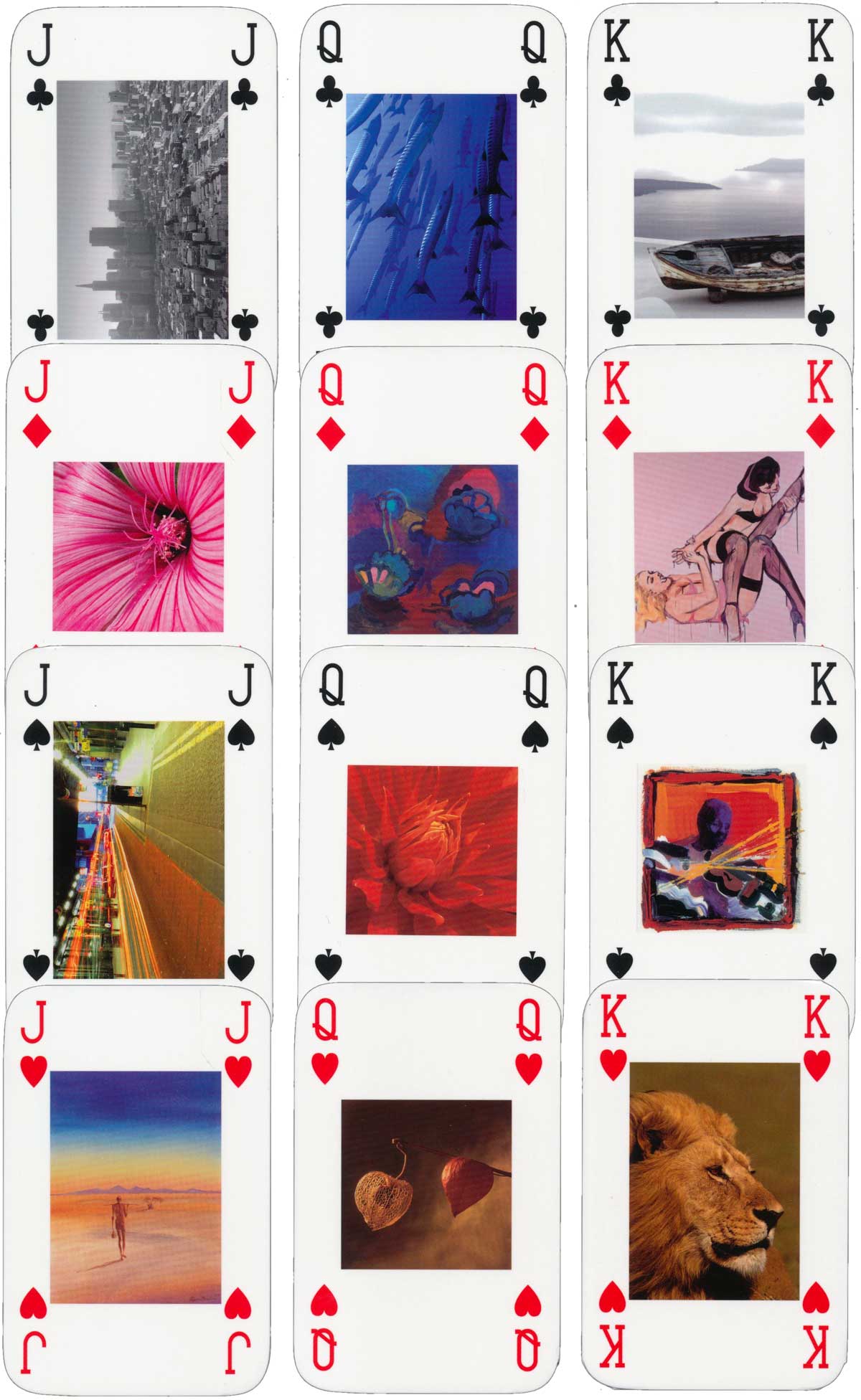 Above: Prime Arts playing pards were published in 2004. This is a two-deck pack. The backs are identical, so which cards originally belonged to which deck is indeterminate, but the faces are different (including the jokers) in each of the two decks. See the box. Images courtesy Matt Probert.