Giffgaff mobile network “Yo, Let’s Play” playing cards accompanied new SIM cards in their 2015 promotion. The courts all follow a single design for each suit, thus each Jack, Queen and King are the same, with just the indices and borders changed. Awesomely-designed! All you have to do is open your mind. 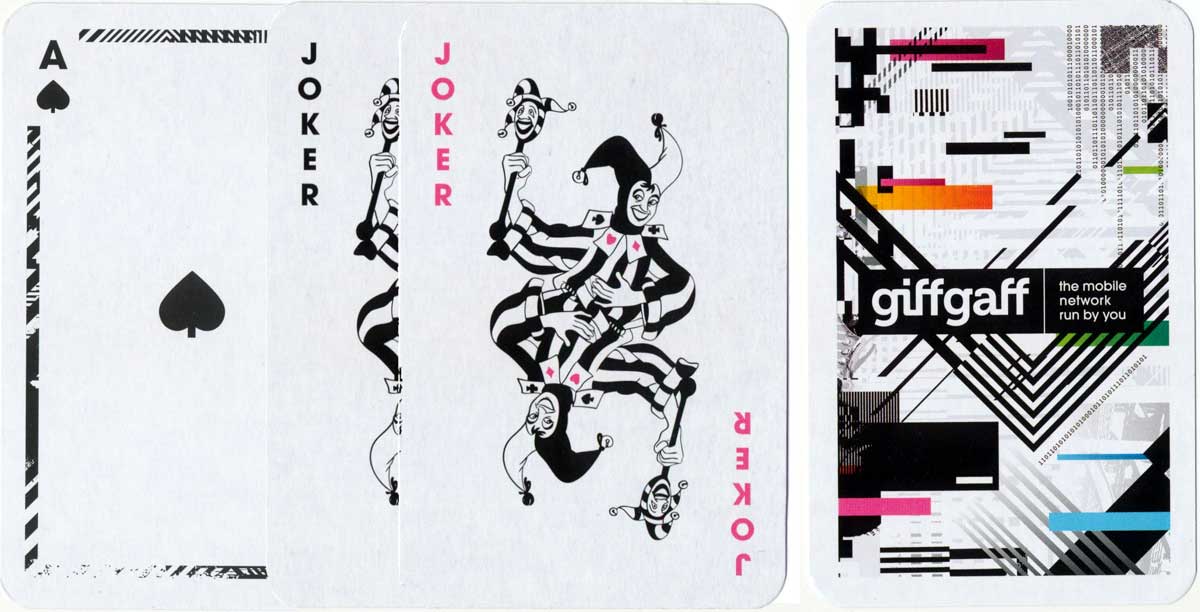 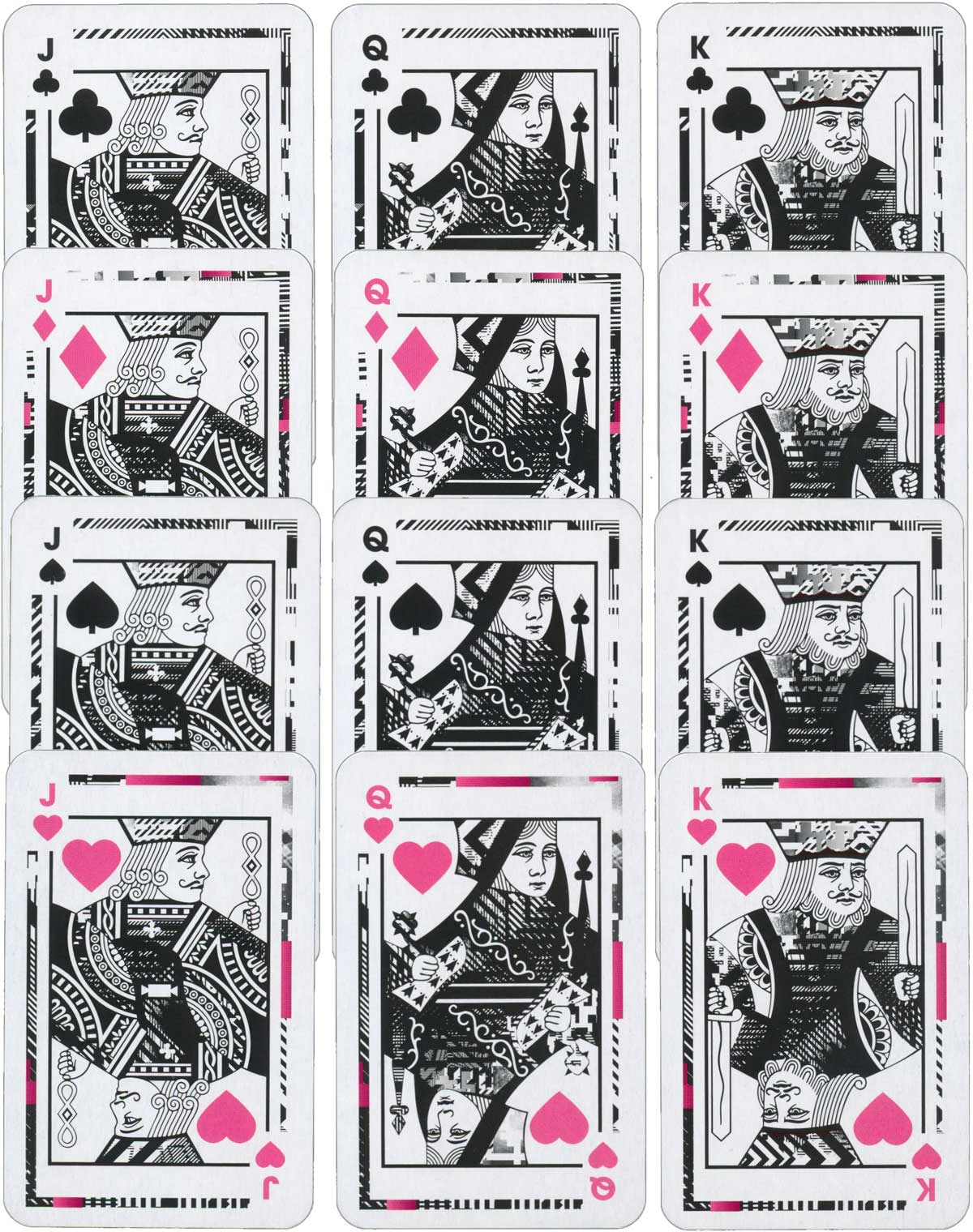 Above: Giffgaff mobile network playing cards, 2015. The pips are similarly bordered. The pack is accompanied by a Giffgaff Sim card, and an information leaflet (about activating your Sim and claiming your free £5 credit) which states "Pricing subject to change. Correct as at June 2015". 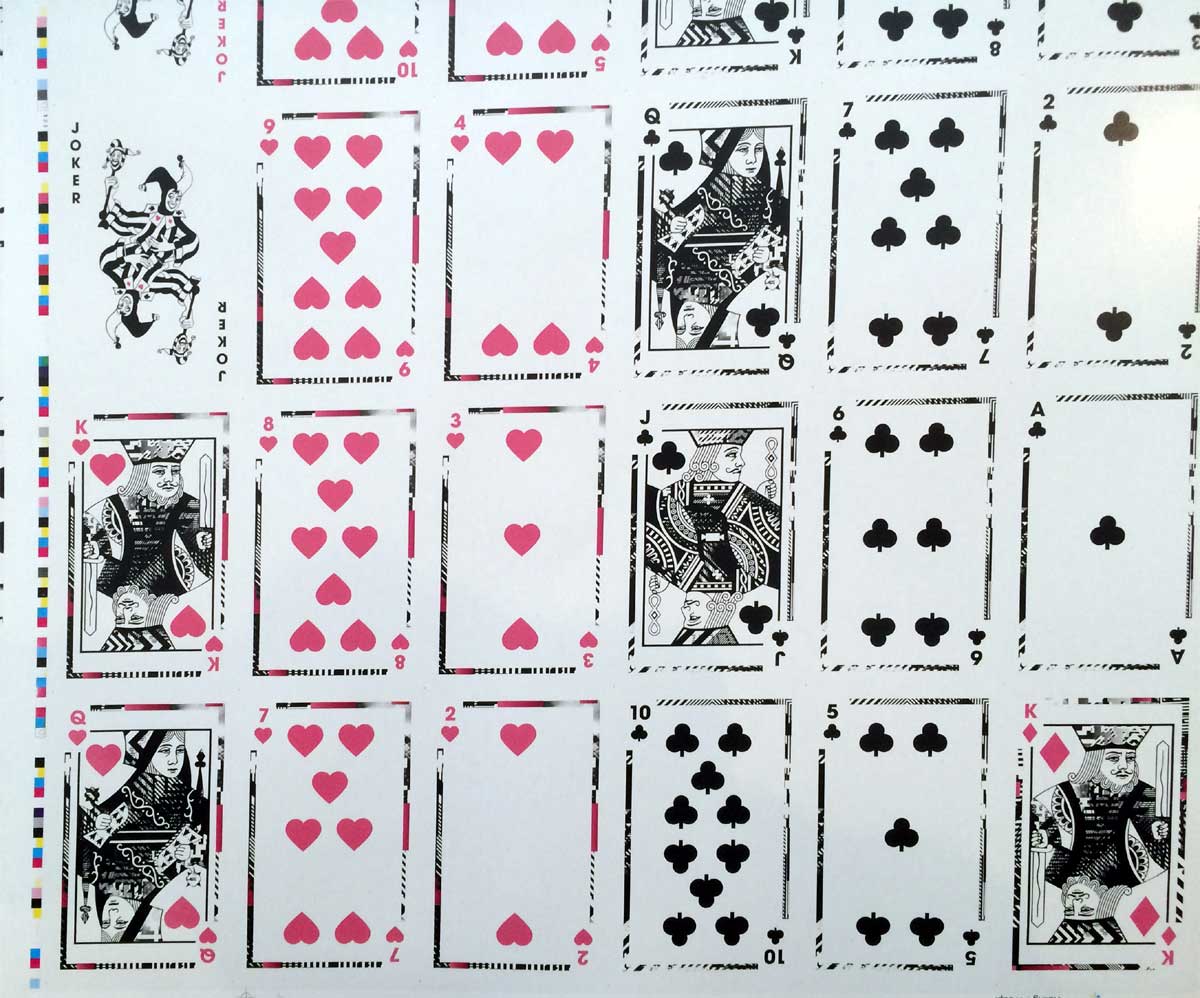 Above: detail from an uncut sheet. 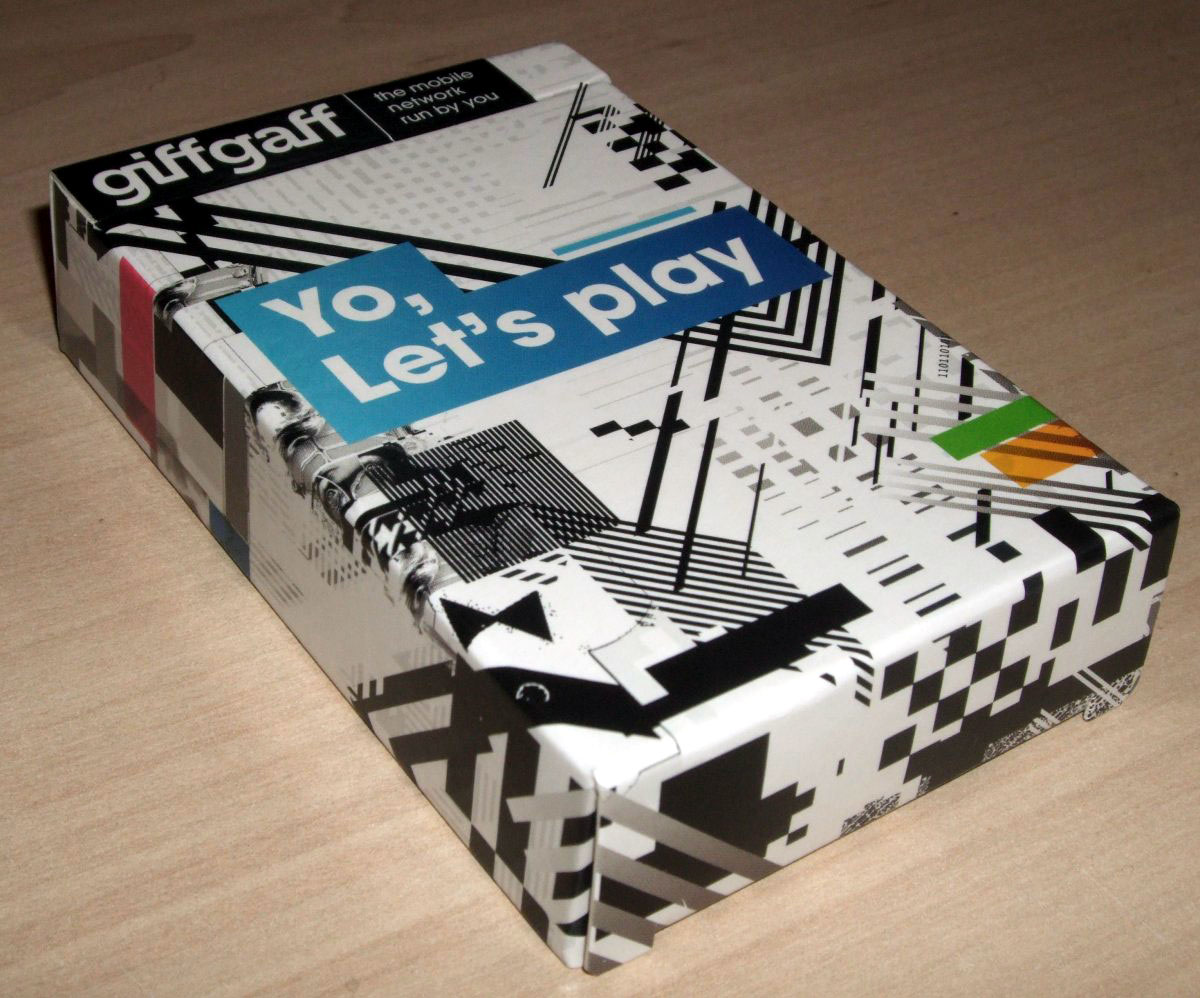 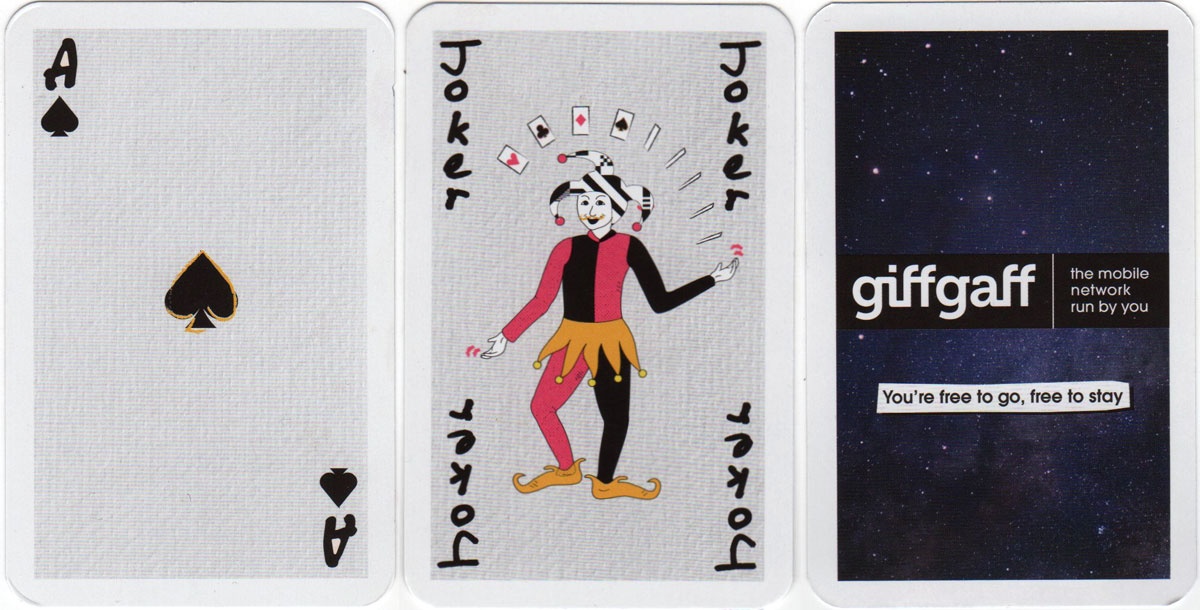 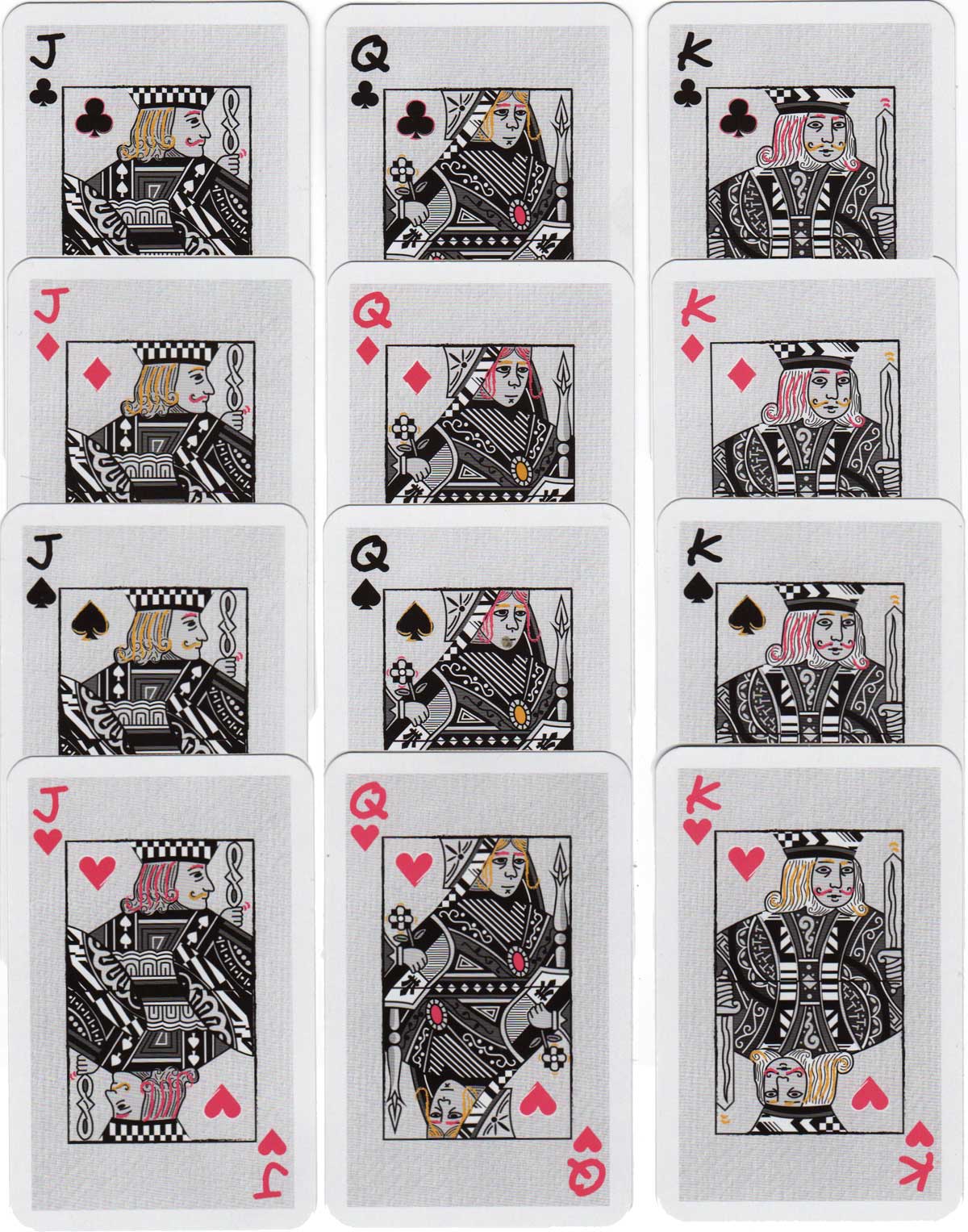 Above: a new promotional pack for the phone network “Giffgaff”, dating from late 2017 or 2018, but with unusual courts which have been printed to look like they have been coloured by a five year old. Unknown manufacturer.