Gods of Egypt playing cards from the Egyptian mythology series published by SPCC (Ukraine), 2018. The series comprises three editions: Gods of Egypt, Lords of Egypt and Lords and Gods of Egypt. The cards, designed by SVI Design Group, were funded through Kickstarter and are aimed at card collectors and magicians. During the design process, the SVI Group team used original papyri and fragments of bas-reliefs of Ancient Egypt, spending more than a month in Egypt collecting material for the creation of these cards. See the Box► 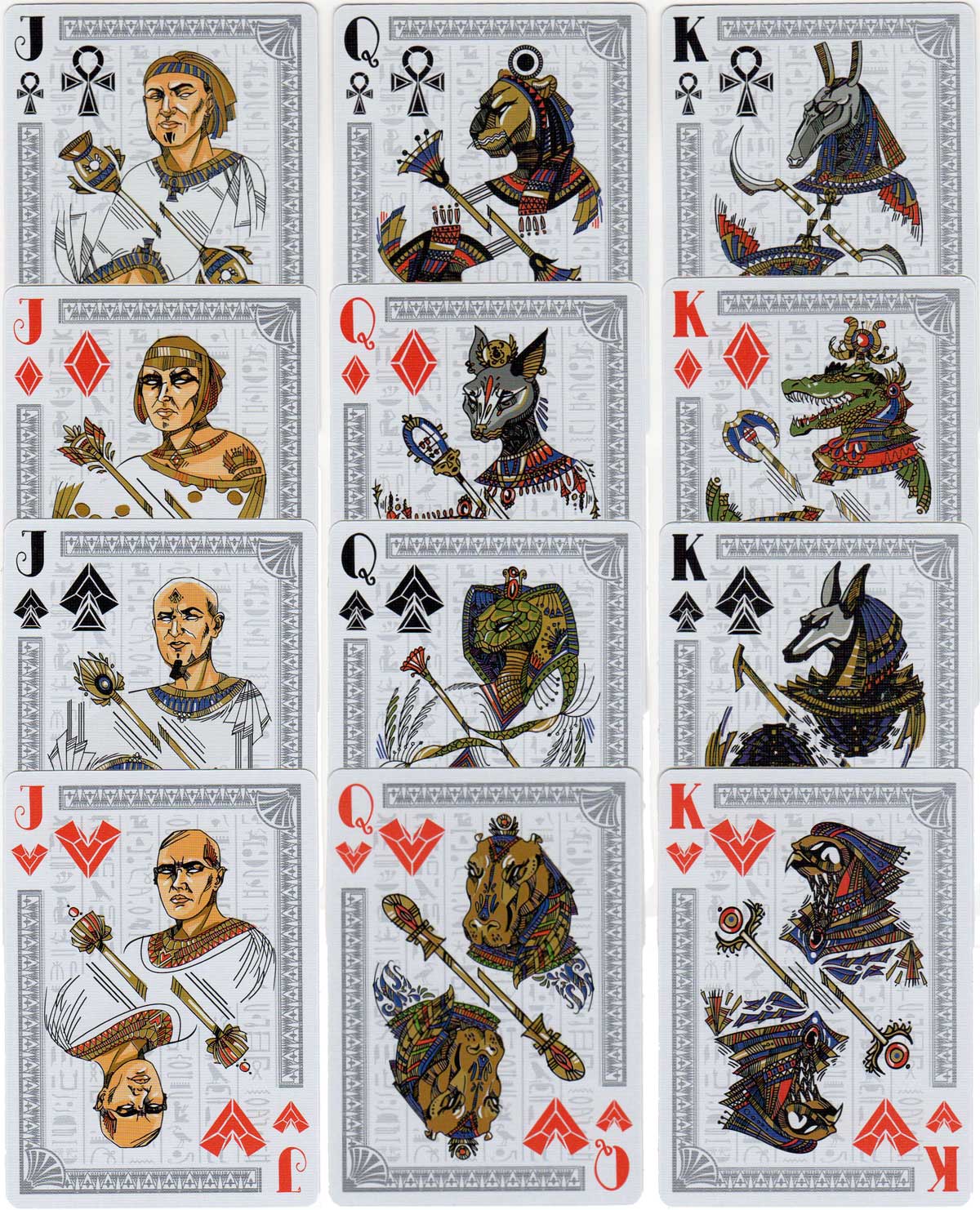 Above: Gods of Egypt playing cards from the Egyptian mythology series published by SPCC (Ukraine), 2018. Each card has a background of Egyptian hieroglyphs over which is printed the design. Pips and courts alike are non-standard, and the suits of hearts and clubs are represented by non-standard symbols, the club symbol being replaced the ankh for example, making them recognisable, yet different. The layout of pips on the pip cards is based on a circular design. 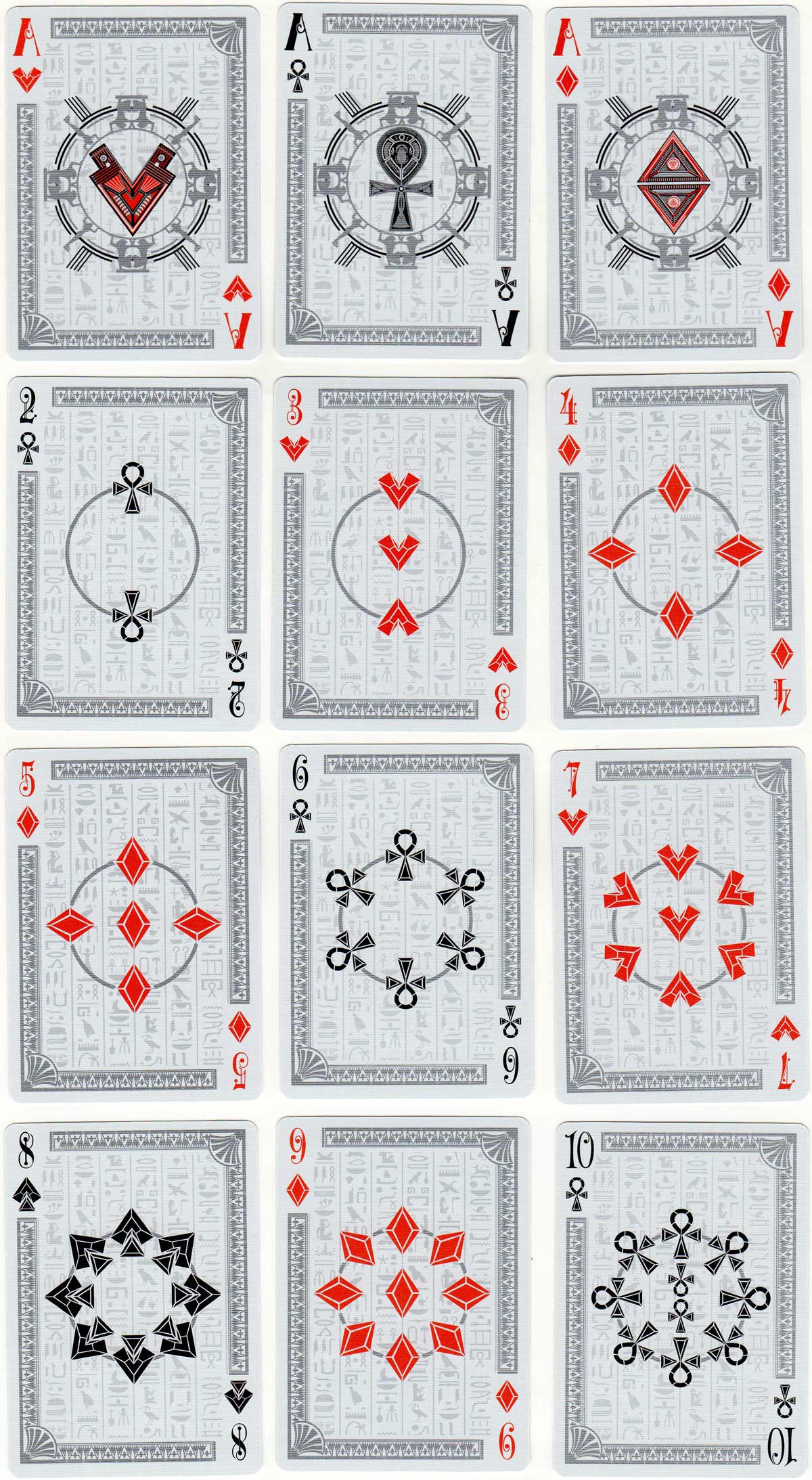 Above: Gods of Egypt are supplied in a quality matte black tuck box with hot foil embossed decoration (no printing) and sealed with a custom paper seal. The pack is comprised of 52 cards plus three jokers, printed on high quality, embossed, paper with metallic silver border and highlights. Typically of SPCC produced cards, the cards feel and handle similar to Bicycle packs and will probably appeal to card magicians wanting a more theatrical pack perhaps for a themed trick.