Above: Club Reno, one of many brands published by ARRCO, the ace of spades reads ‘Fortuna Bona’ (literally "Good Fortune", a benevolent aspect of the Roman Goddess of luck and chance), c.1940. Red or blue back, various boxes, various jokers. Image courtesy Matt Probert. 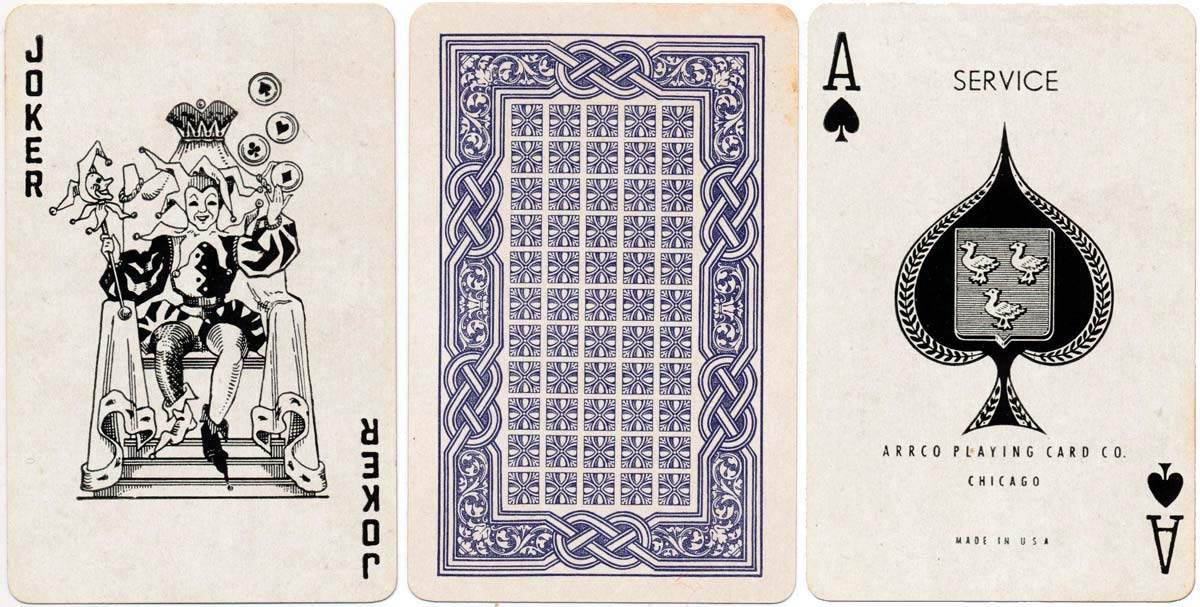 Above: ‘Service de Luxe’ playing cards by ARRCO, c.1943 or later, produced for sale in USO canteens during WWII. 52 cards + 2 Jokers in box. 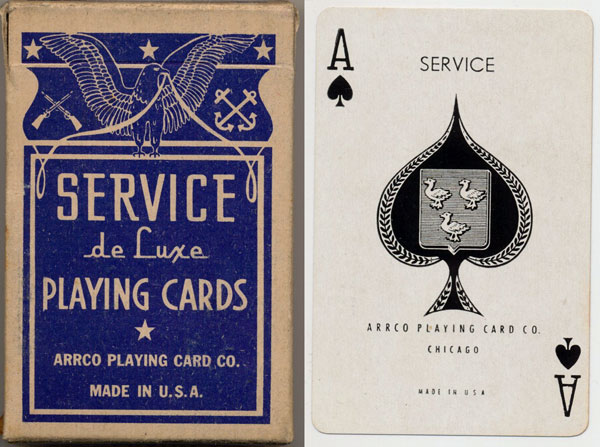 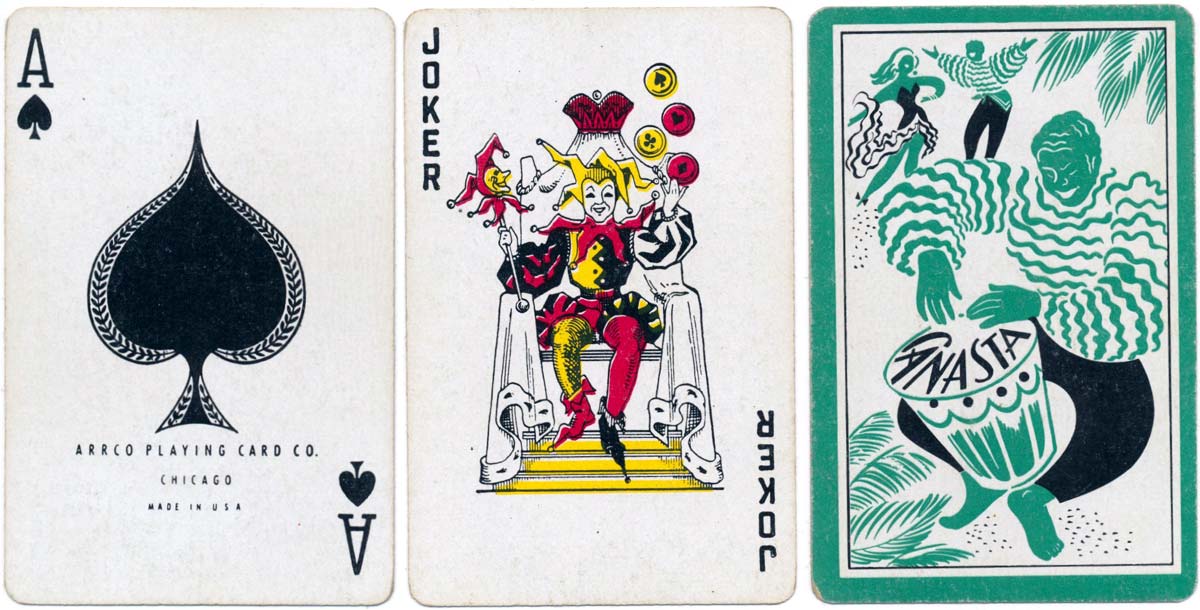 Above: Canasta set produced by Arrco in around 1950. 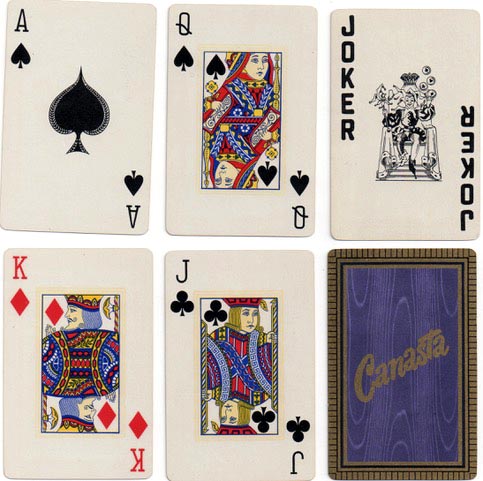 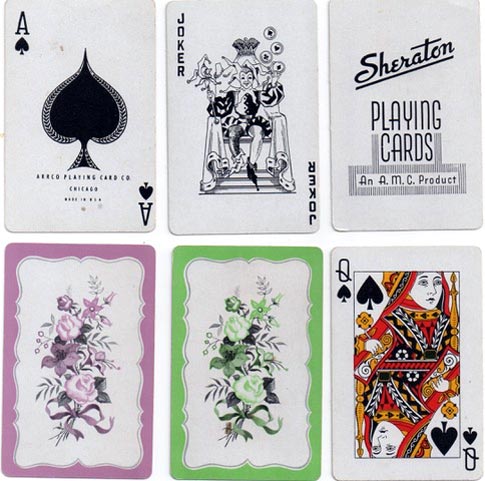 Above: ‘Forcolar’ playing cards, ARRCO, USA, 1945-47. A more modern attempt at a four colour "no revoke" deck with black spades, red hearts, orange diamonds and green clubs (clovers). The second edition has the initial of each suit shown on every pip card, not just the aces. Image courtesy Ken Lodge.

Above: Centaur Canasta by Arrco with ace of spades and jokers unique to the brand, c.1951. Courtesy Matt Probert. 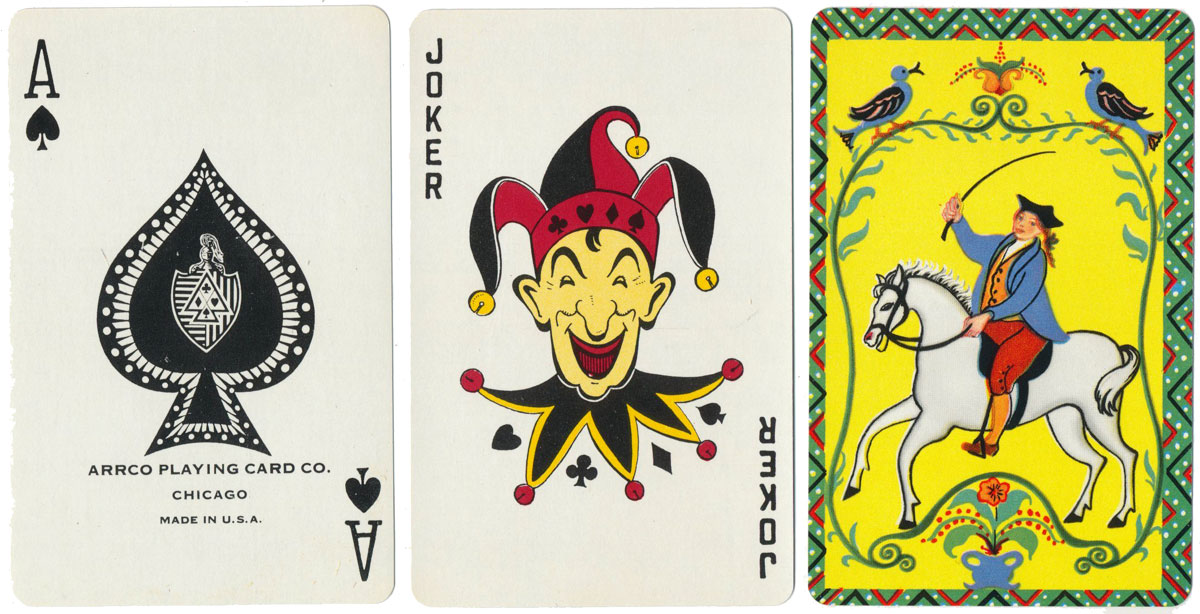 Above: Unbranded deck with a different ace of spades and joker design, c.1960 (or perhaps earlier). We know from the A.P.C.Co tax stamp they are between 1940 and 1965.  See also: Delta Airlines • Canada Souvenir 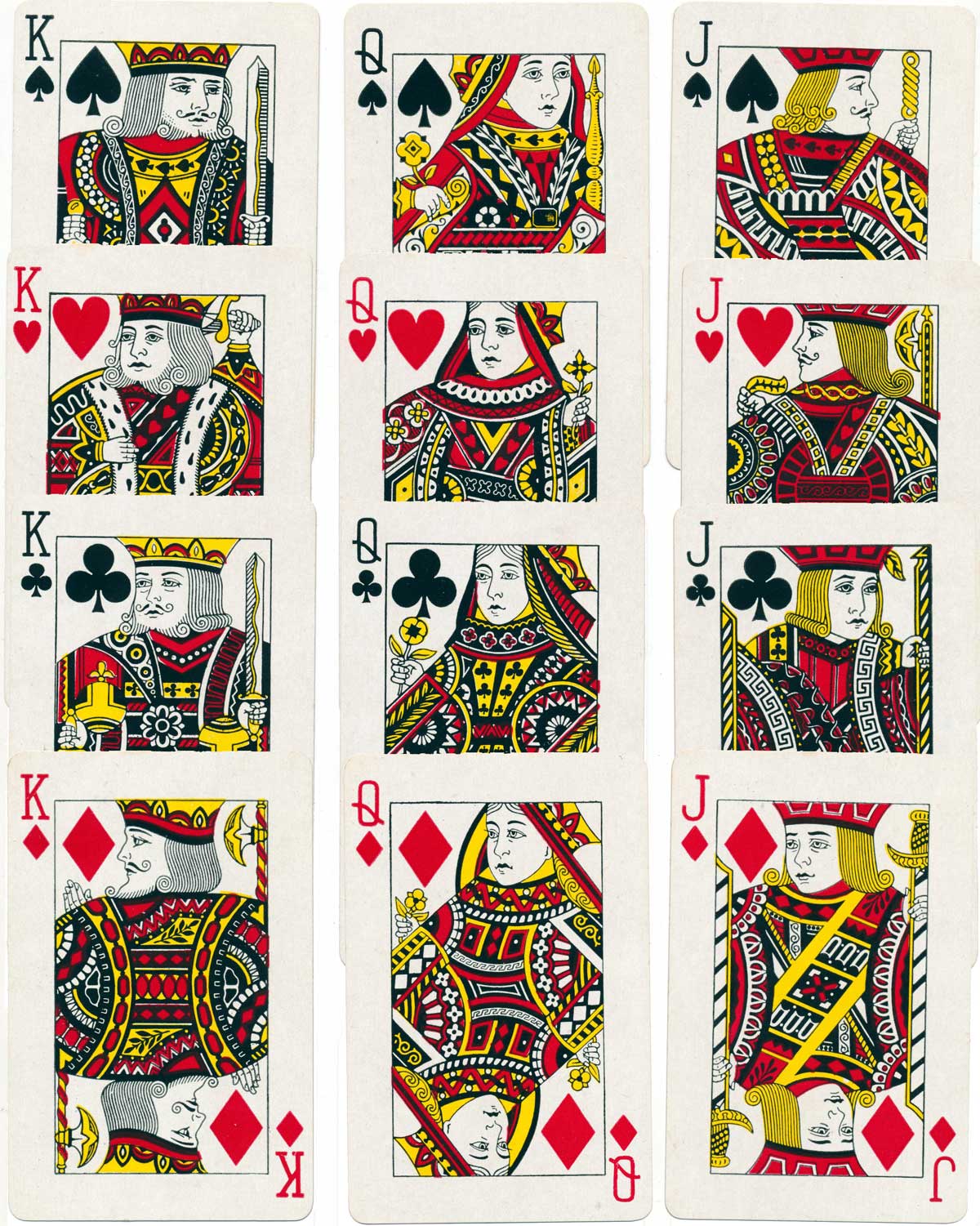 ARRCO was taken over by USPCC in 1986 and many brands were retained.