“Victory" cards issued by ARRCO Playing Card Co soon after VE day celebrating the U.S. participation in the Allied victory, c.1945. The court cards are Uncle Sam, Lady Liberty repeated in each suit, with the jacks being different at each end, either a saluting soldier or sailor. 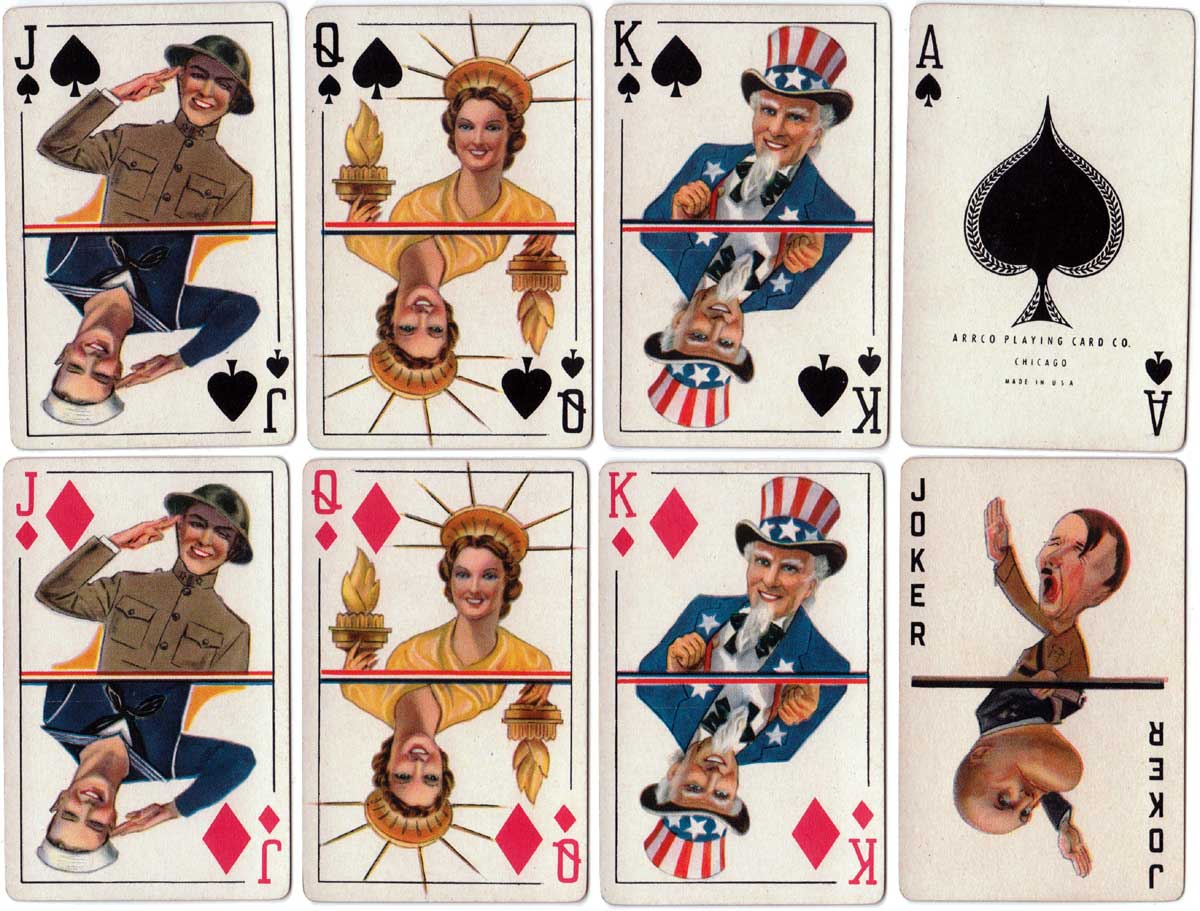 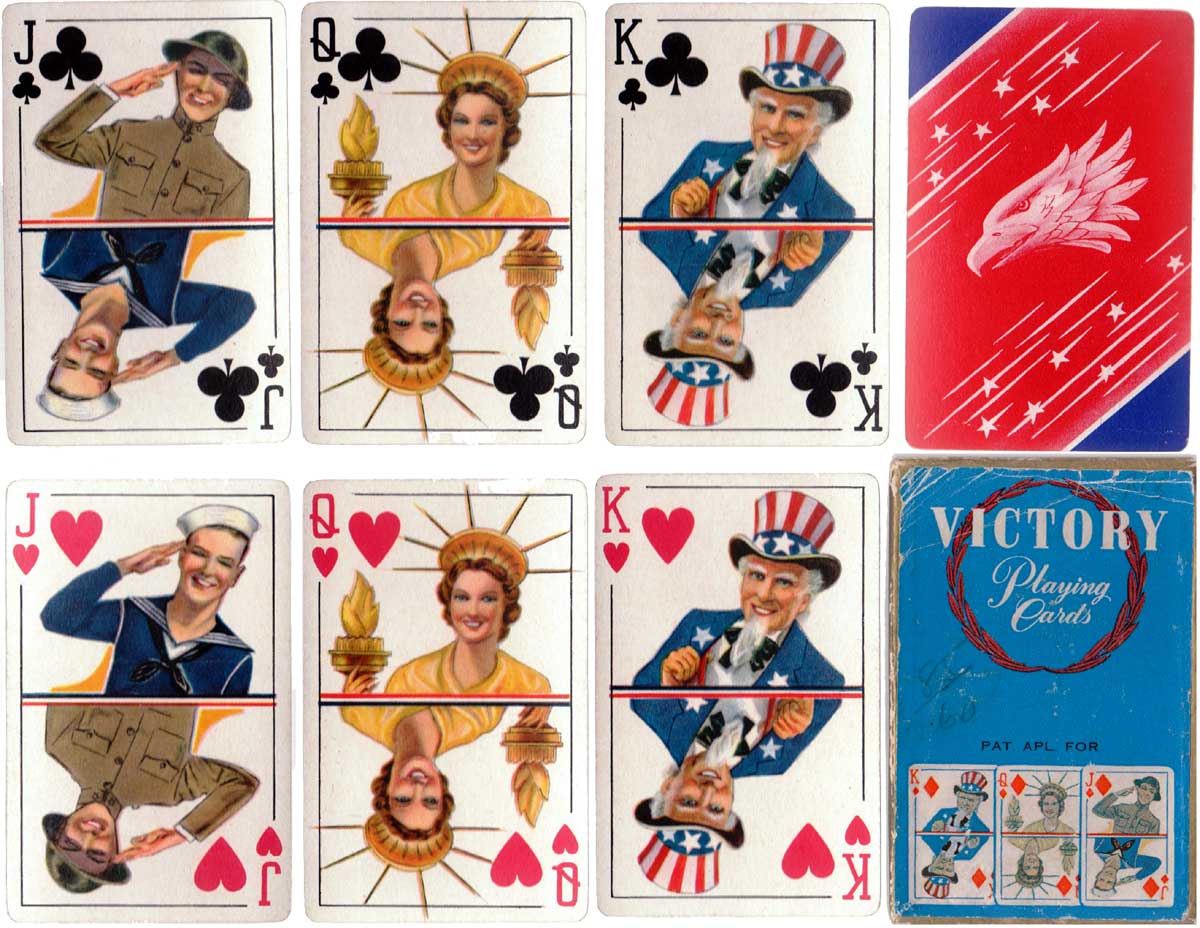 Above: “Victory" cards by ARRCO Playing Card Co., Chicago, Illinois, celebrating U.S. participation in the Allied victory, c.1945. 52 cards + 2 jokers in box. One joker shows Hitler / Mussolini, the other is a standard joker.