The Continental Card Company, 220 North Second Street, Philadelphia, started in 1874, manufacturing various qualities of playing cards, including Continental Steamboats, Manhattans, Continental Moguls, etc. Single-ended and double-ended decks are known, also a "Highest Trump" Joker. However, they do not appear to have remained in business for very long. 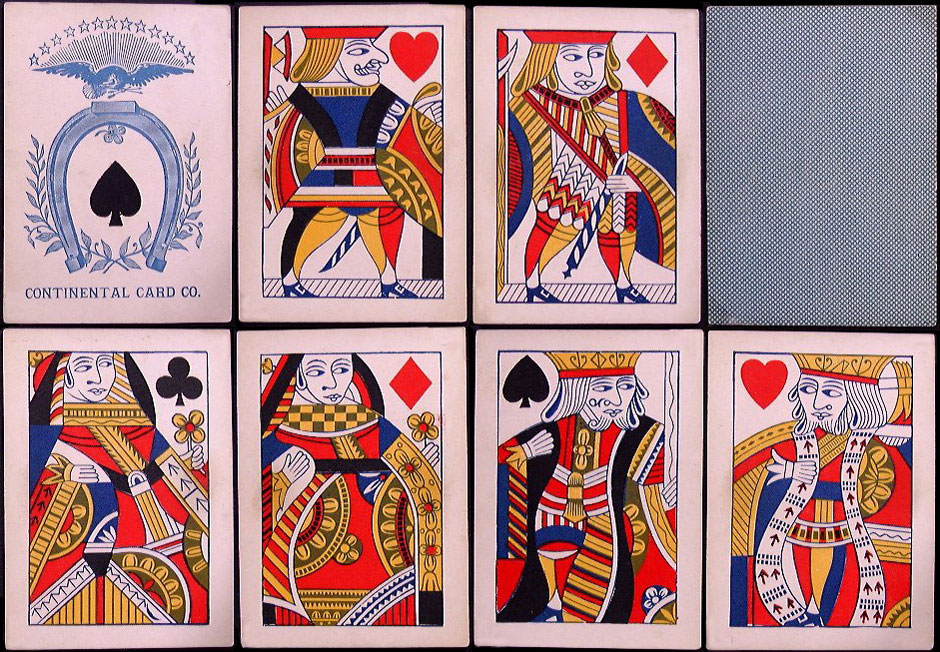 Above: cards produced by The Continental Card Company, Philadelphia, c.1875. The single-headed courts in this example are very similar in design to those produced by Dougherty, c.1855, The Union Playing Card Co and N.Y. Consolidated Card Co. (Samuel Hart) and also those sold under the name of Thomas Crehor and by Russell & Morgan Co., 1881 in its Tiger 101 brand, with and without indices. The ace of spades featuring a horseshoe and a four-leafed clover, symbols of good luck, might have been better suited as a Joker!