Thomas Crehore (c.1798-1846) was an innovative manufacturer who invented new methods of manufacture. Crehore's factory was destroyed in a fire in 1846. His name is mis-spelt in this example because the cards were made by a different manufacturer trading under the Crehore name. The single-headed courts in this example are very similar in design to those produced by Dougherty, c.1855, and to those sold under the name of Continental Card Company, The Union Playing Card Co and N.Y. Consolidated Card Co. (Samuel Hart) and also those by Russell & Morgan Co., 1881 in its Tiger 101 brand, with and without indices. 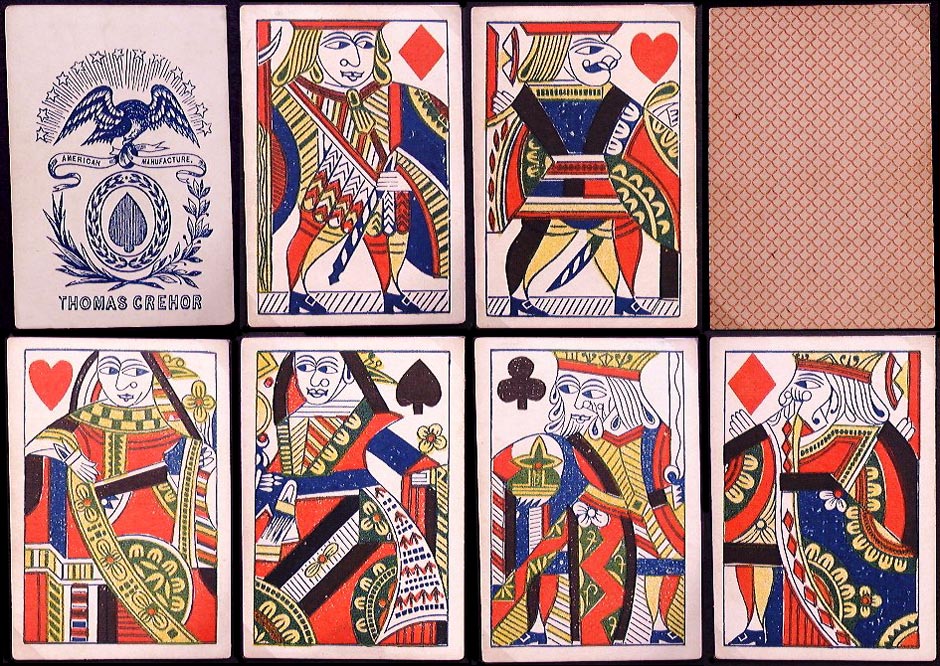 Above: cards by Thomas Crehor. The name 'Crehor' is missing the final 'e' this is believed to be because the cards were made by a different manufacturer (probably Dougherty) trading under the Crehore name. The courts are of the typical style used by Hart and the ace of spades has the legend "American Manufacture" and 13 stars.