The Picture Book of Ana Cortez is an original work of art designed to facilitate Divination.

“There is magic in the seemingly ordinary playing card deck we all grew up with, a whole enchanted world, just waiting to be discovered. The playing card deck has slipped through our lives for many hundreds of years under a veil of ordinariness, its magic disguised by its simplicity and the fact that it can be used for games…” 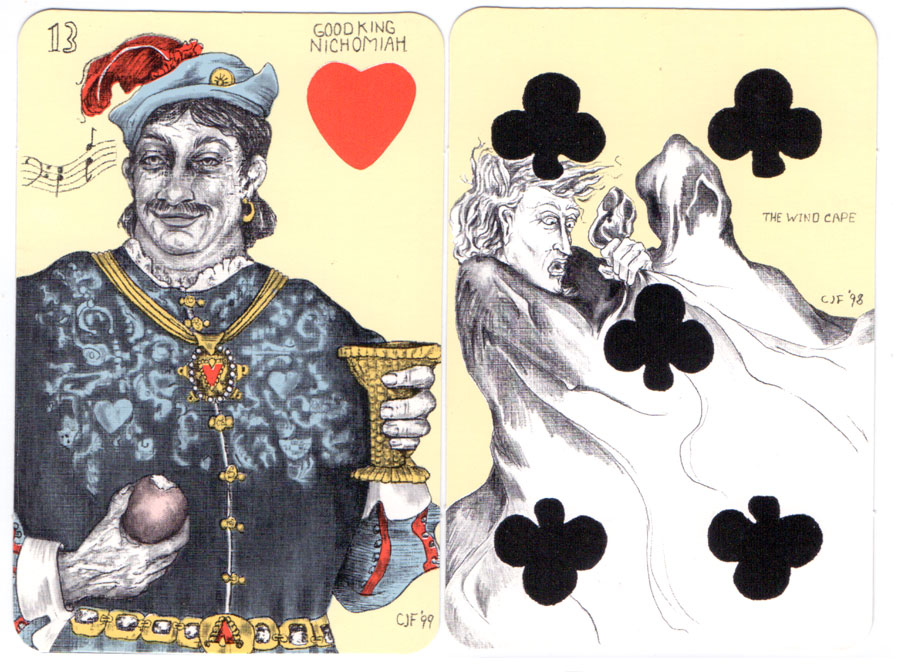 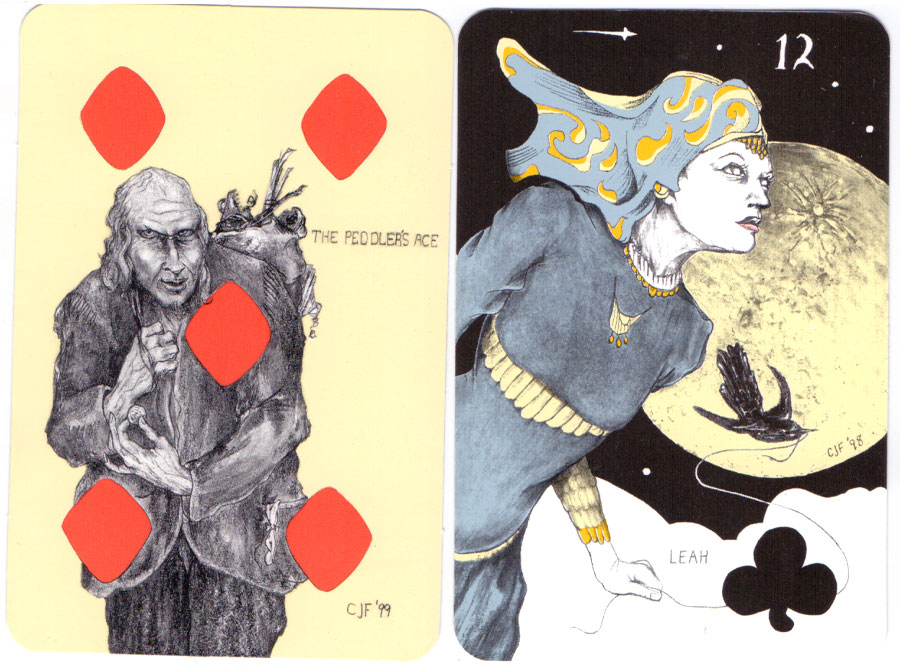 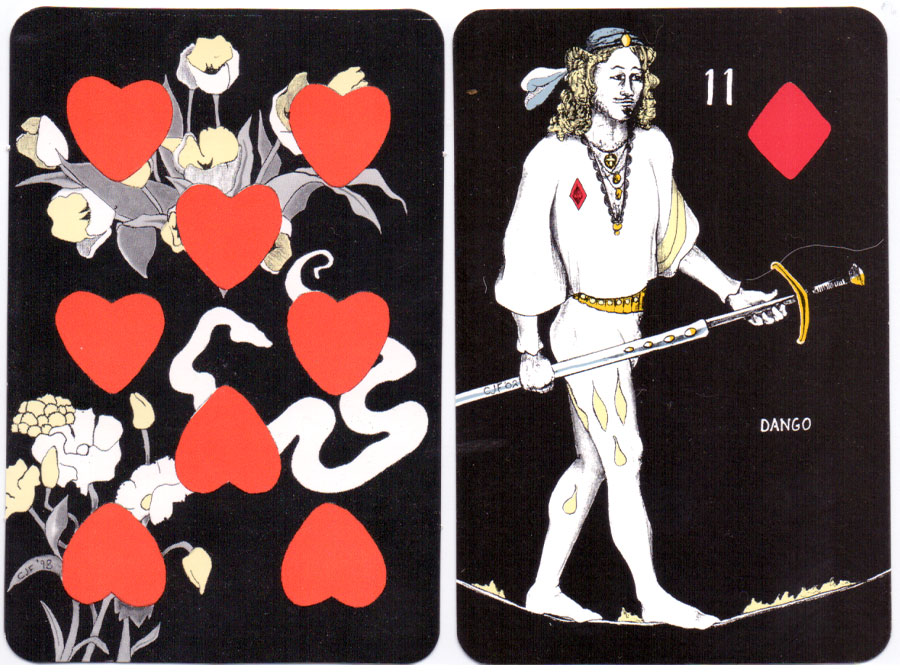 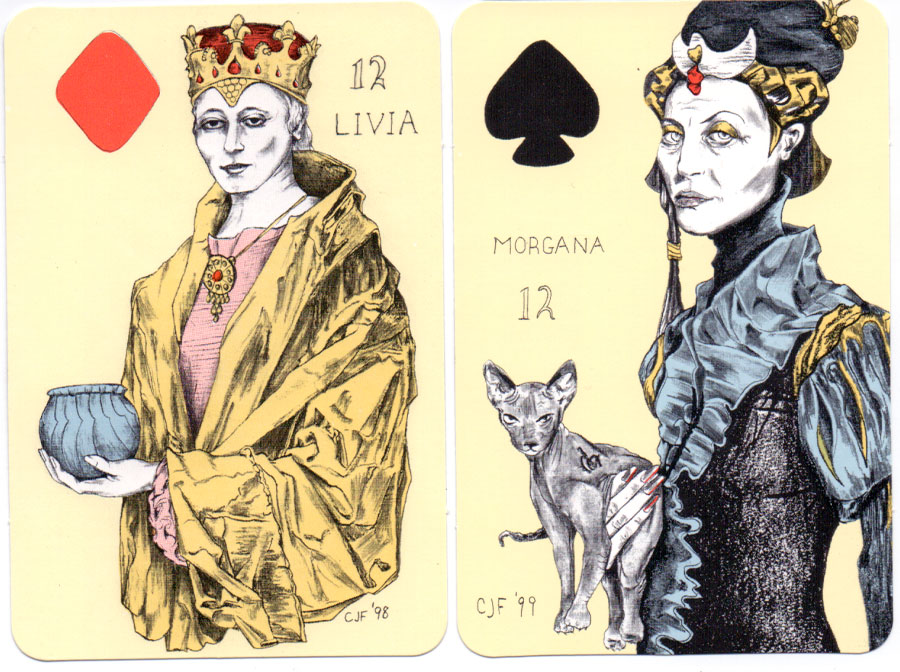 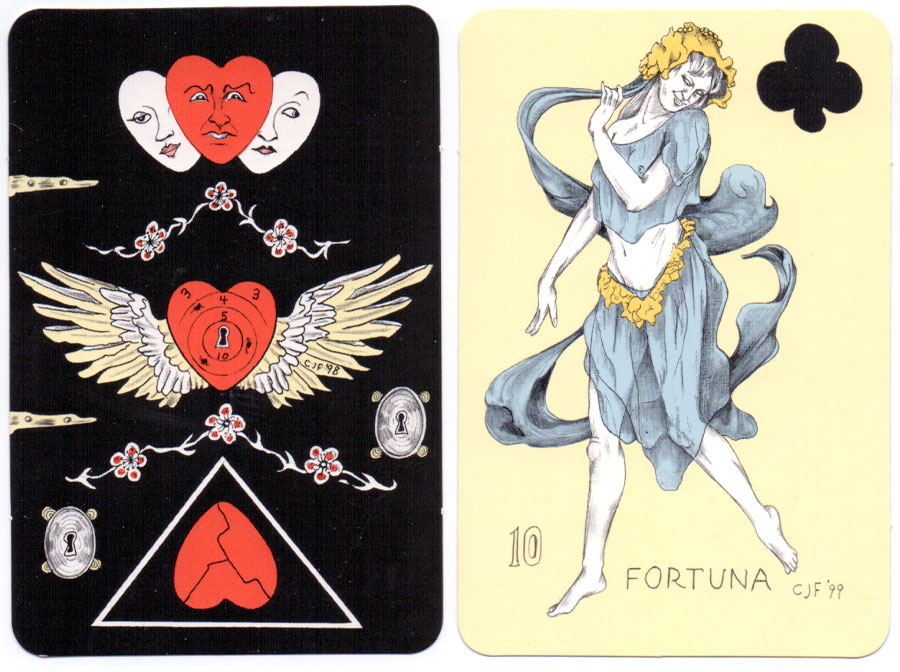 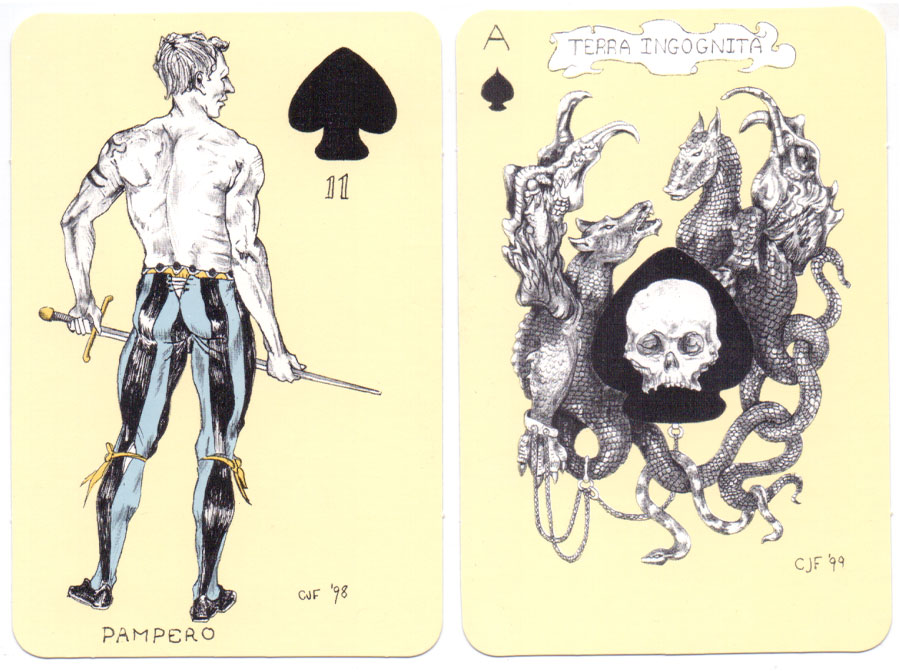 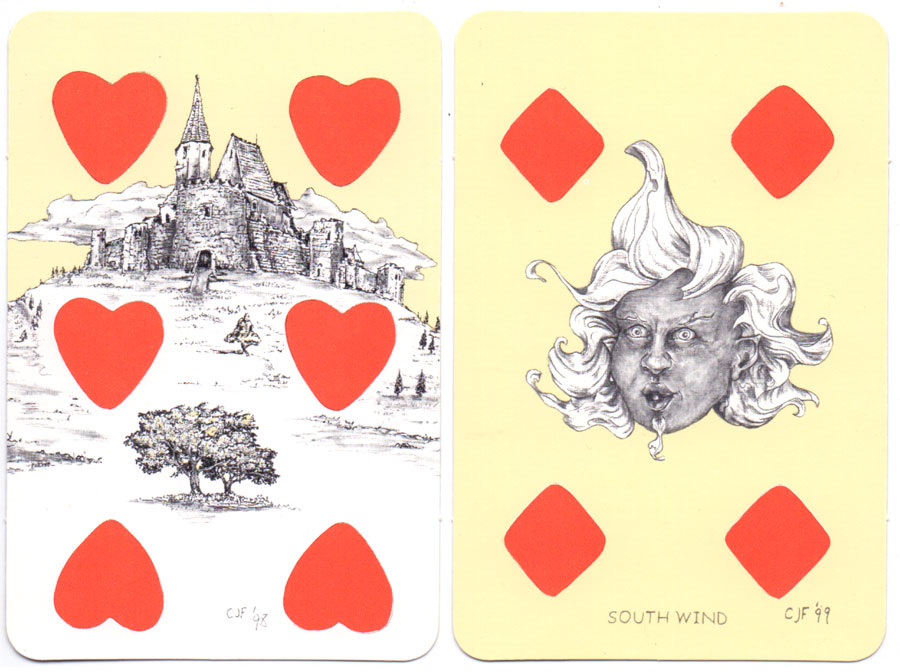 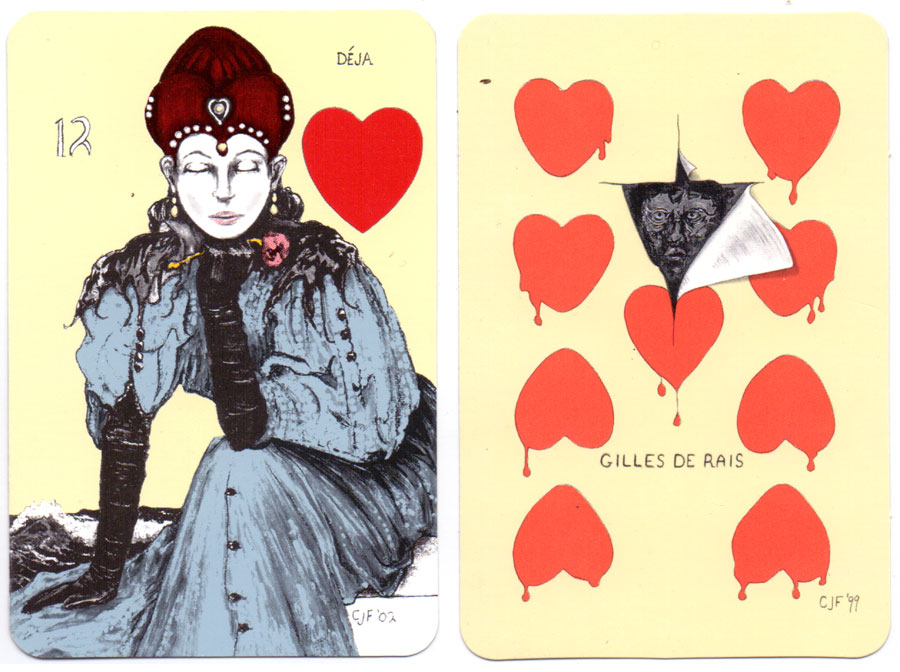 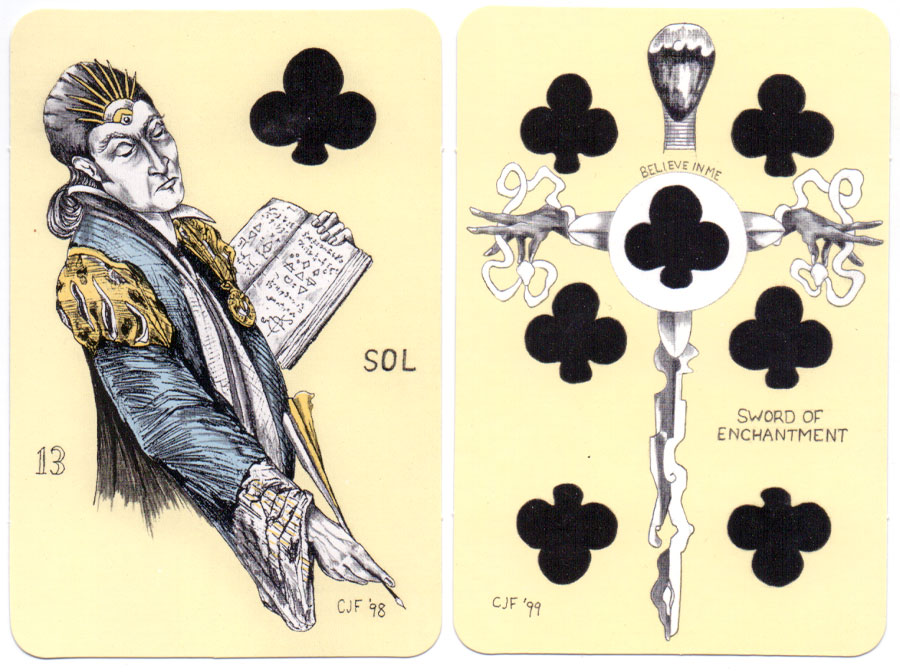 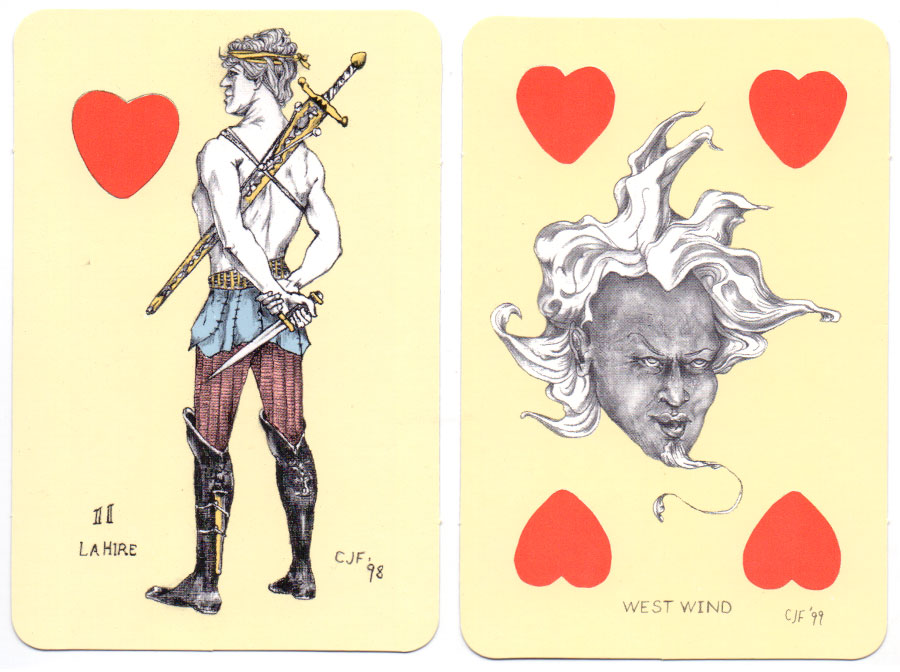 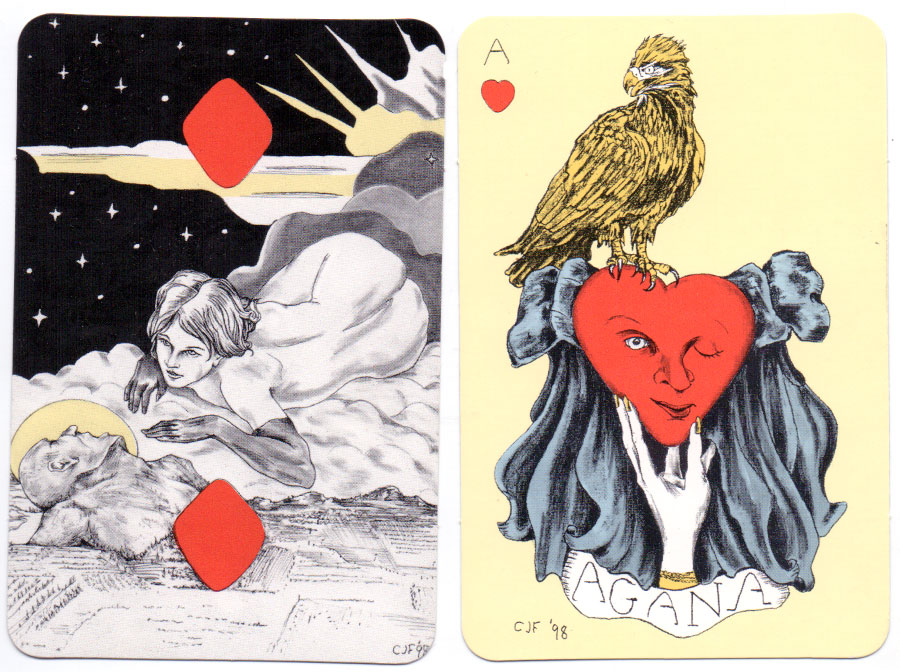 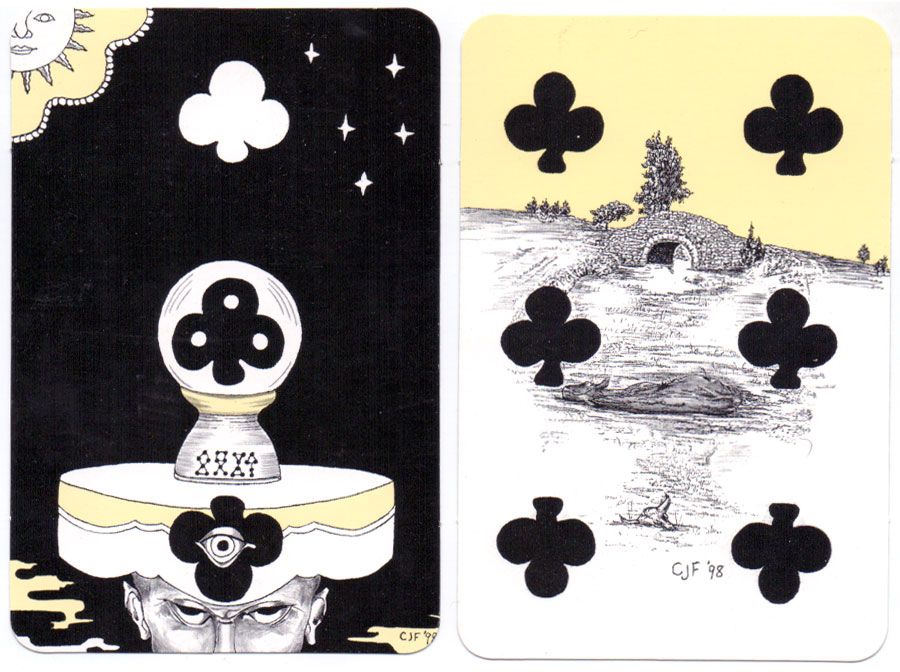 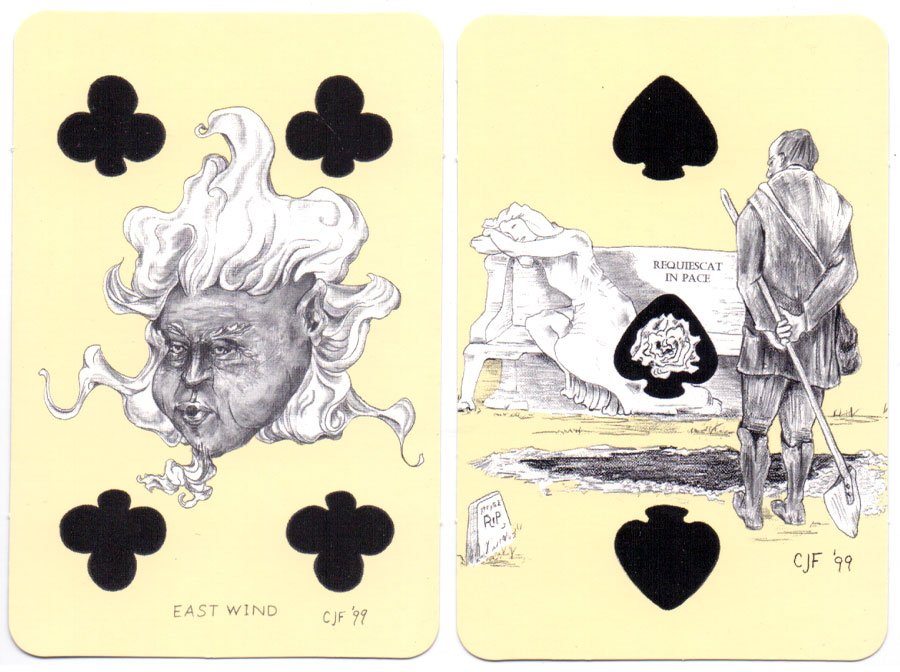 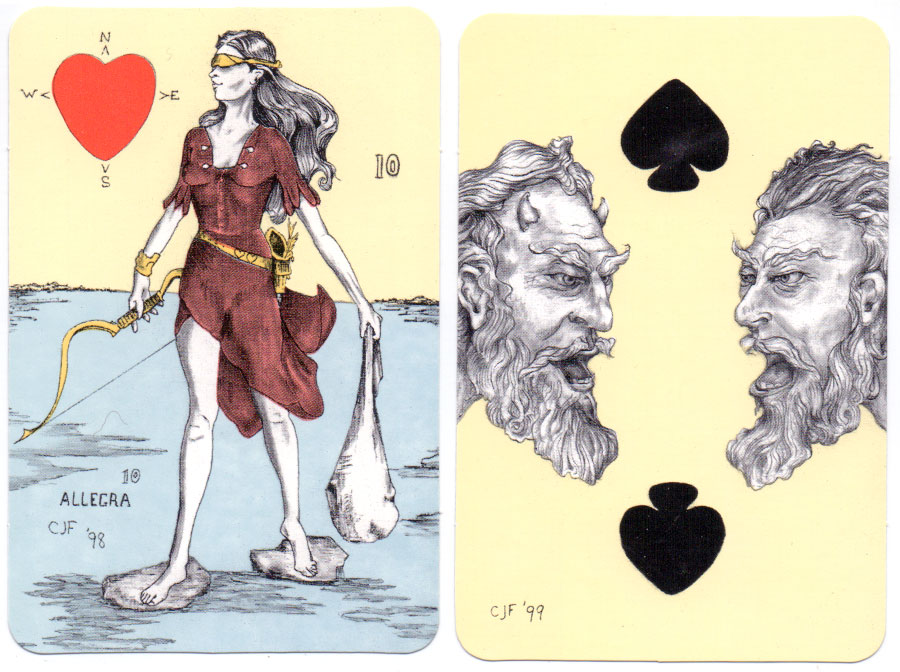 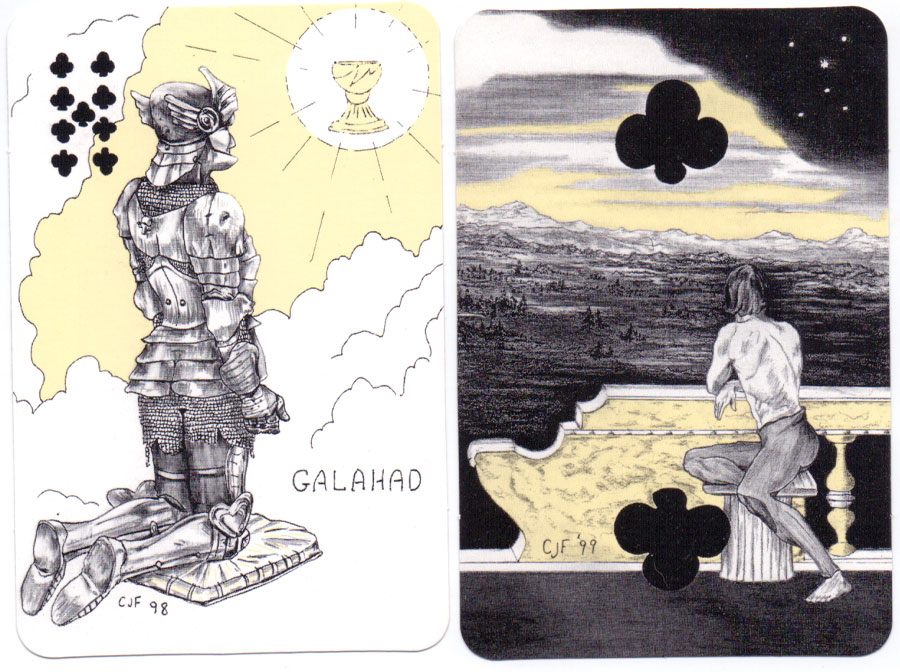 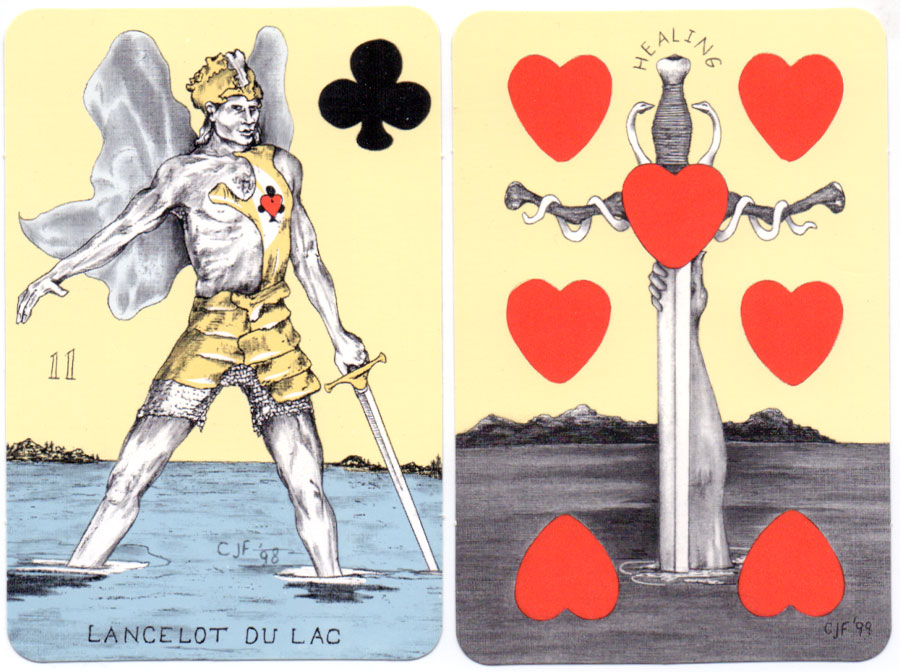 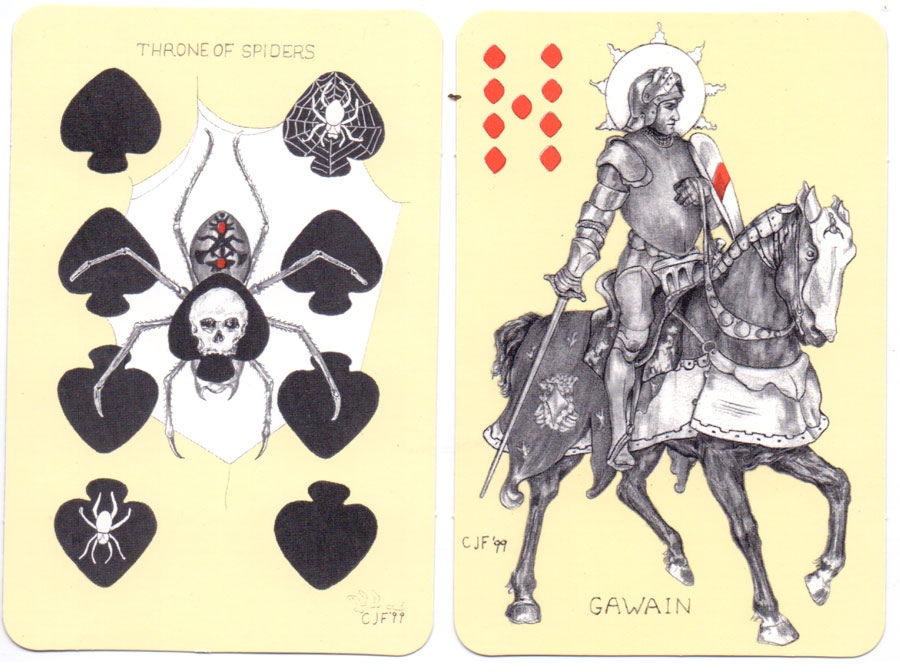 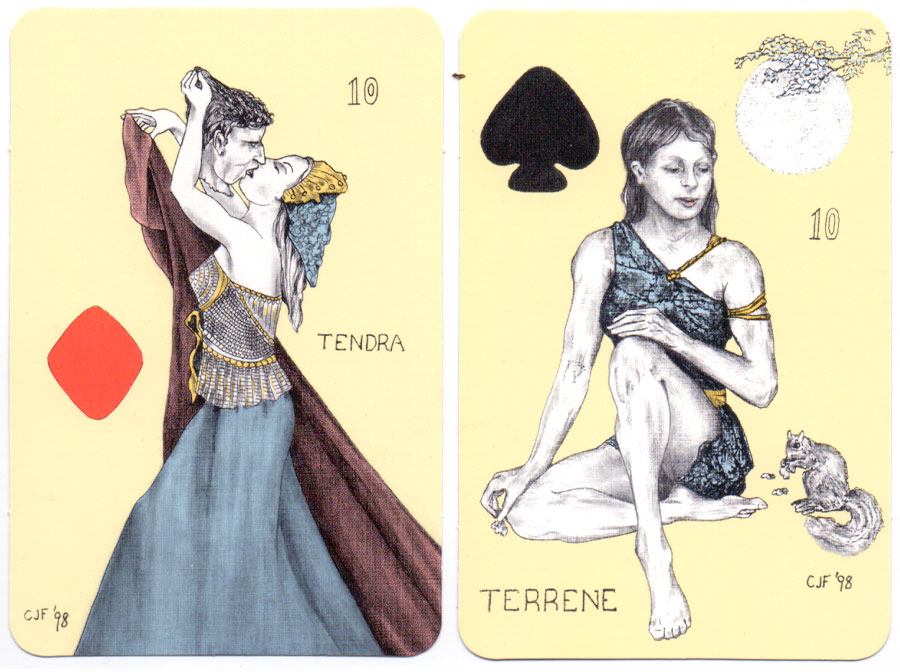 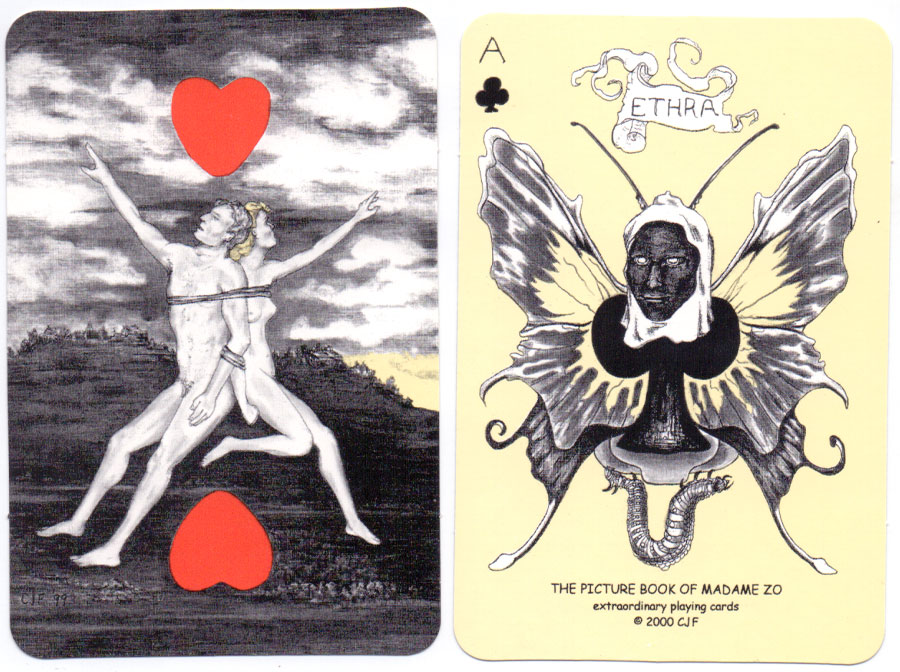 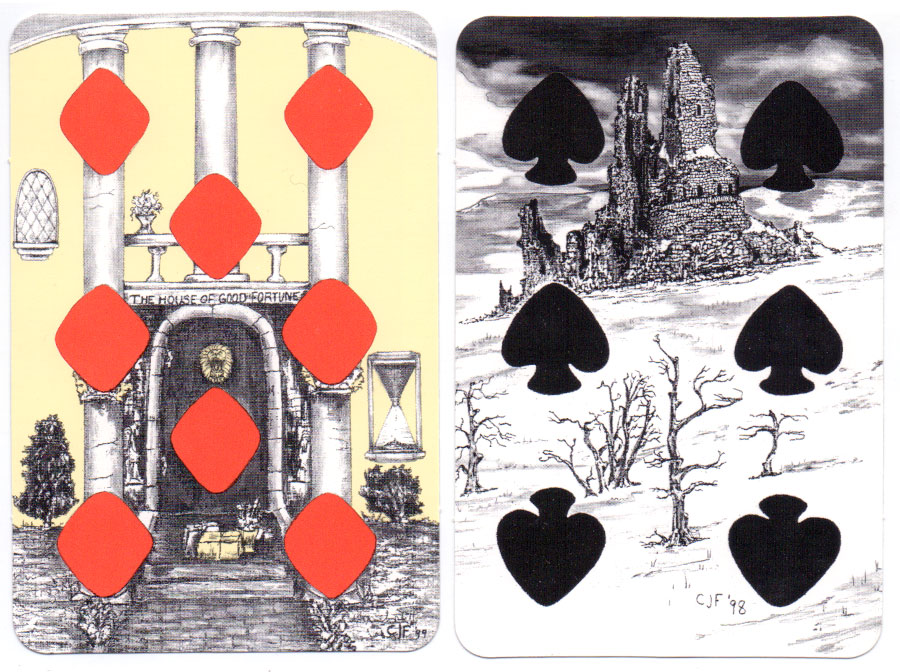 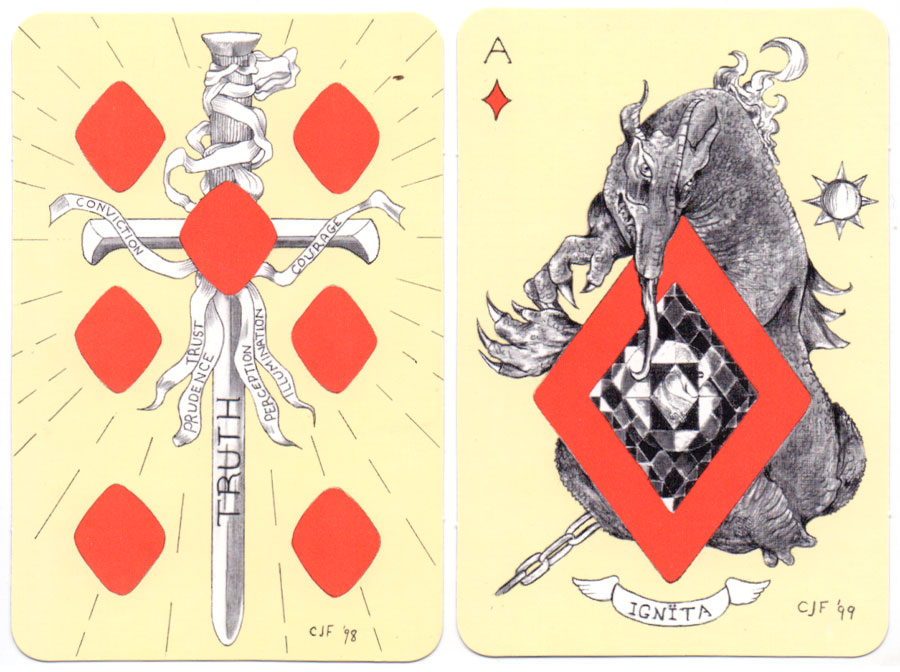 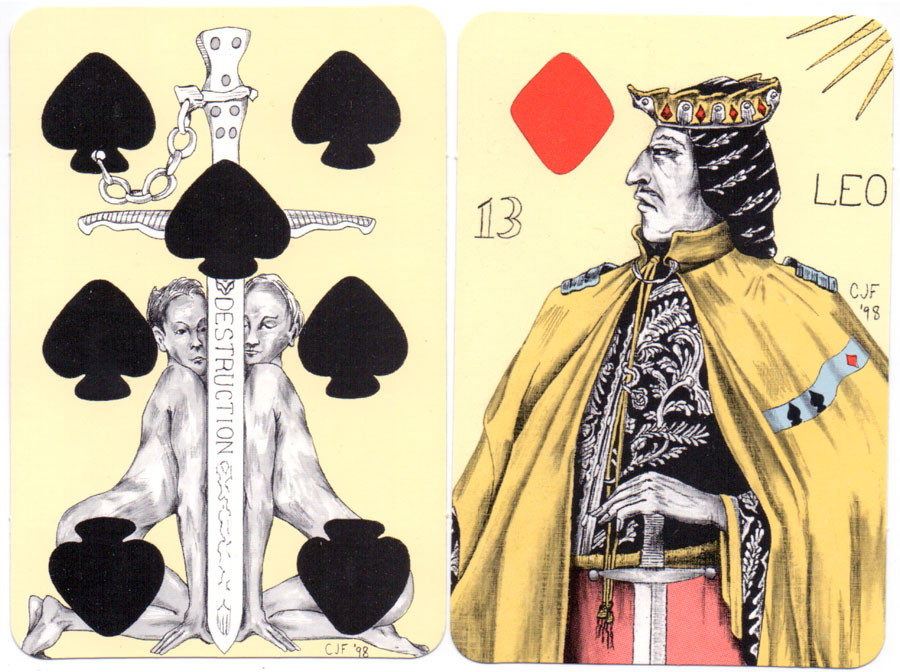 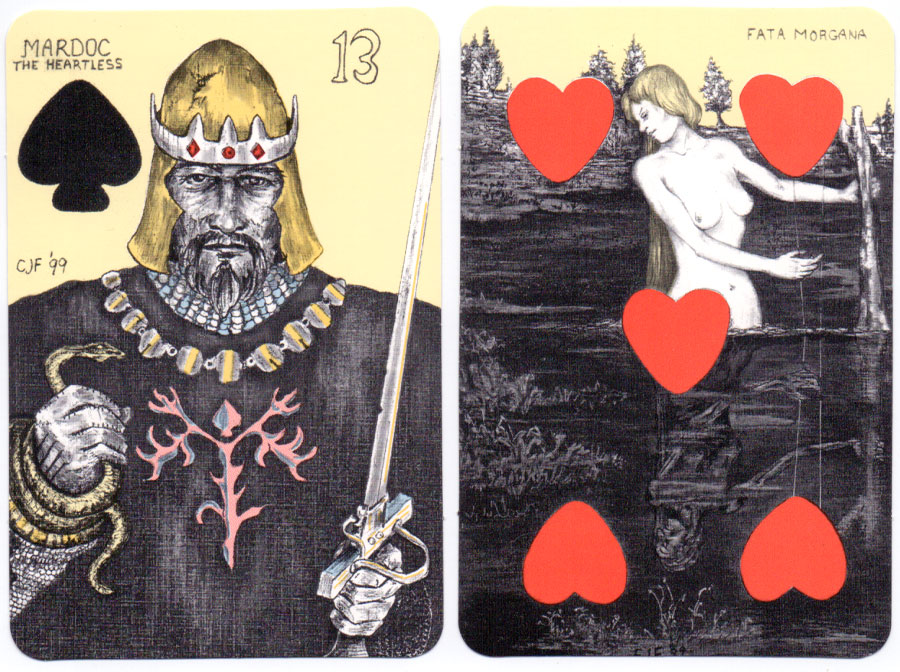 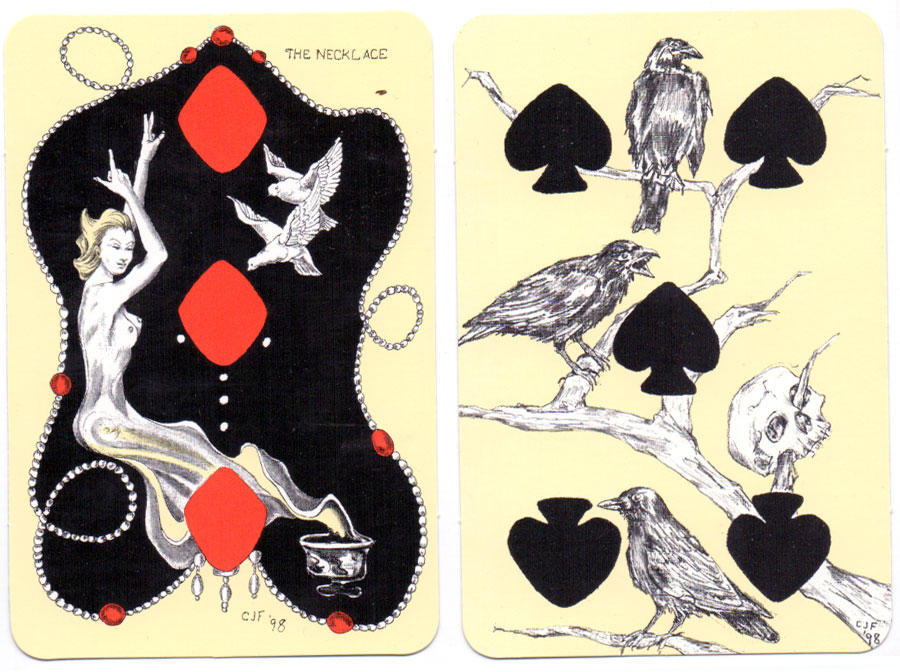 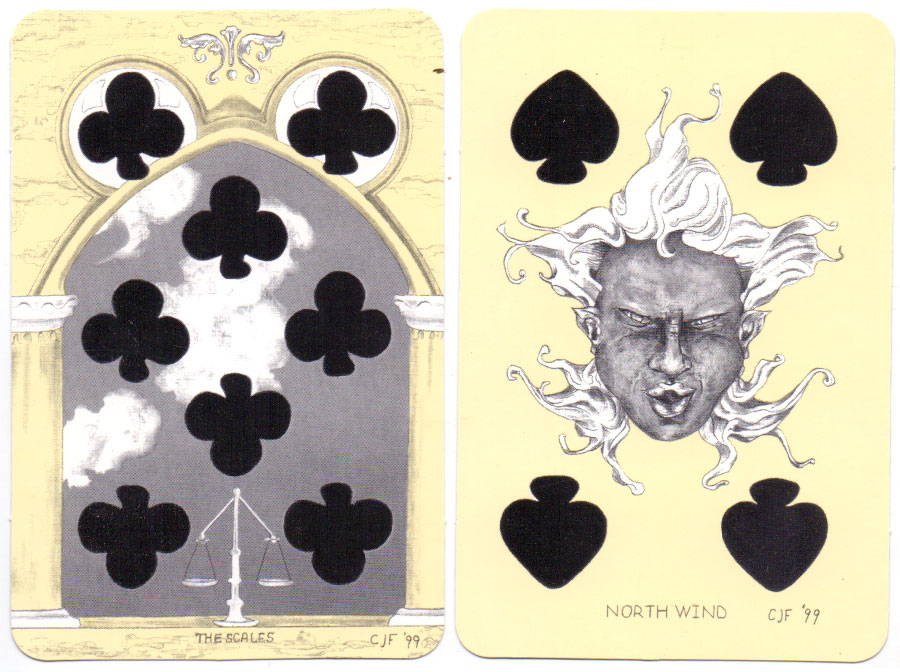 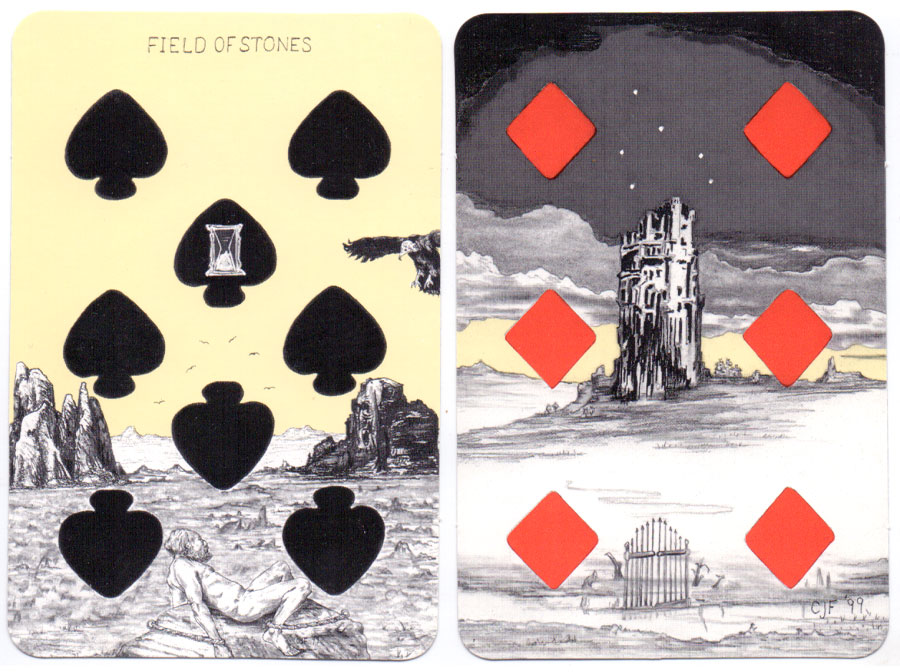 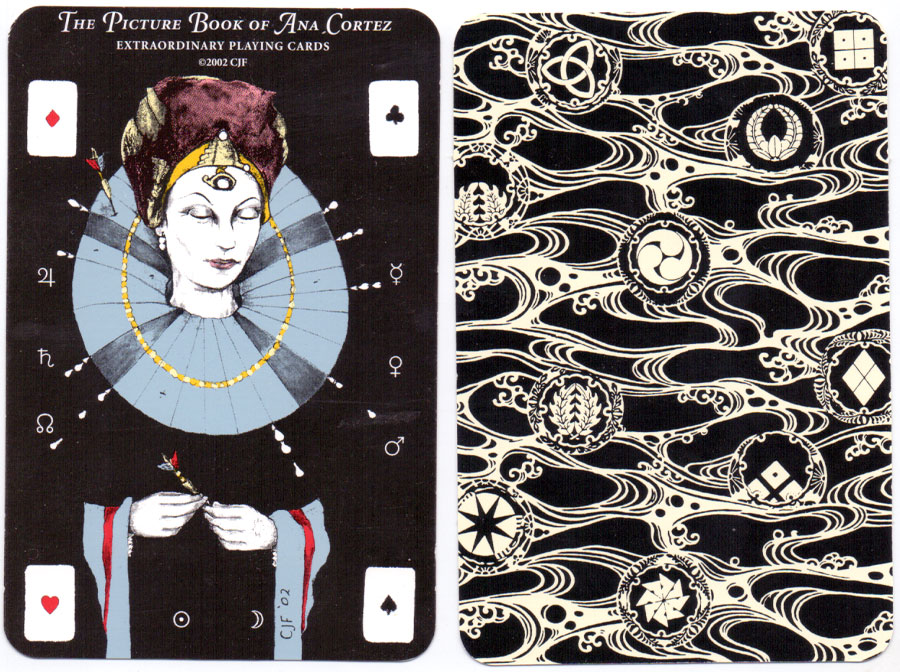 This deck is an original work of art designed to facilitate Divination, evoking the mysteries of ancient oracles, created by Charles J. Freeman (1941- 2010). Charles Freeman spent many years developing a full series of illustrations which are quite different from all previous decks in this genre. 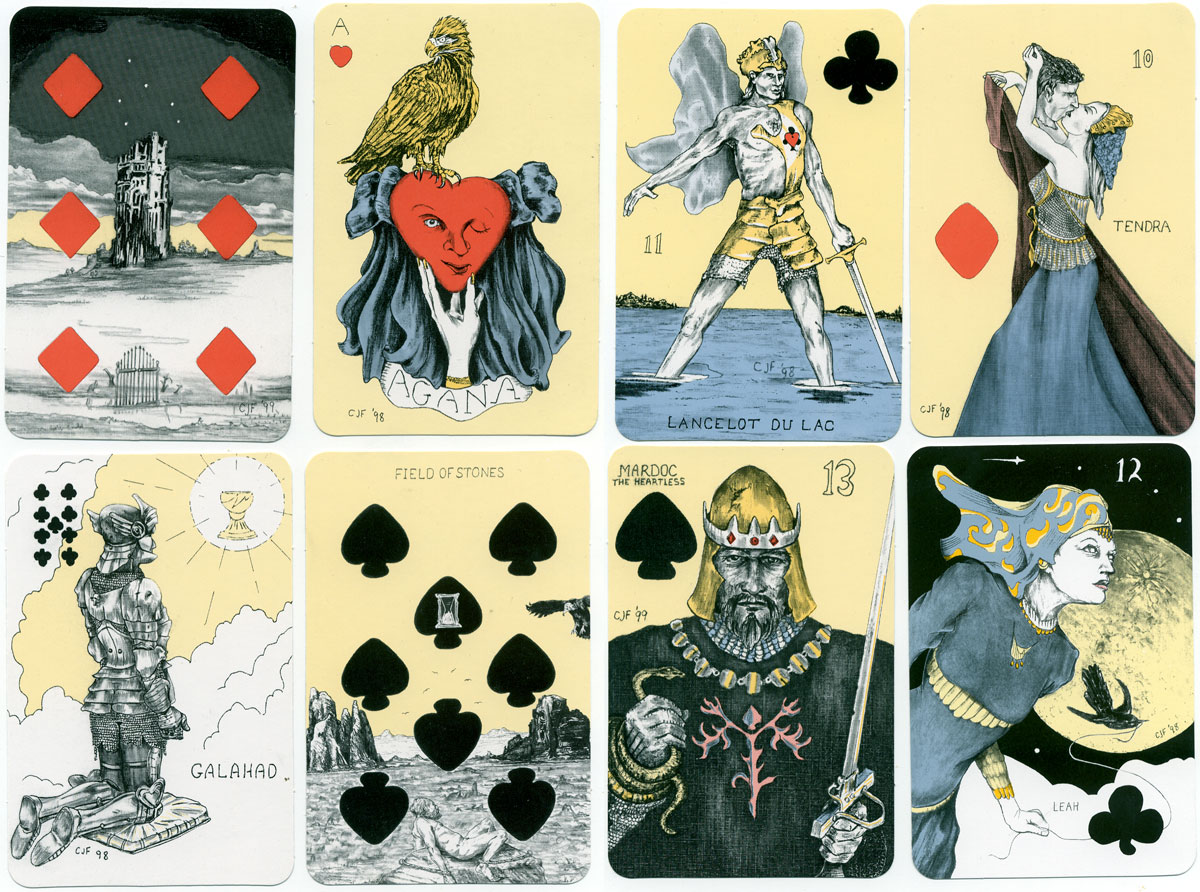 Above: the Picture Book of Ana Cortez, a pen and ink style illuminated pack of playing cards designed to facilitate divination by Charles J. Freeman (1941-2010). 52 cards + title card first published by Two Sisters Press, 2002. The deck was reprinted by U.S. Games Systems and is available now from the publisher and Amazon. It is a smaller version than the original printing, a true "playing card size." The first publishing, by Two Sisters Press, is available only to members of the online Workshop offered through www.anacortez.com, as they are extremely limited.

The Playing Card Oracles is an inspiring and beautifully illustrated 280-page book based around the cards, containing a wealth of insights and ideas on playing card symbolism and meanings. Written by Ana Cortez, the book also includes a section written by her father, Charles J. Freeman, with supplementary essays, notes and food for thought regarding the history of playing cards. The book is available from: www.anacortez.com→

THE SUIT OF SPADES Cards - Meanings

TWO of SPADES – The Enemies

THREE of SPADES - The Grave

FOUR of SPADES – The North Wind

FIVE of SPADES – Circle of Crows

SIX of SPADES – The Ruin

SEVEN of SPADES – Sword of Destruction

EIGHT of SPADES – The Field of Stones

NINE of SPADES – Throne of Spiders

Divination is an important aspect of Candomblé worship. The priest or priestess casts cowry shells and interprets the pattern in which they fall... more→ 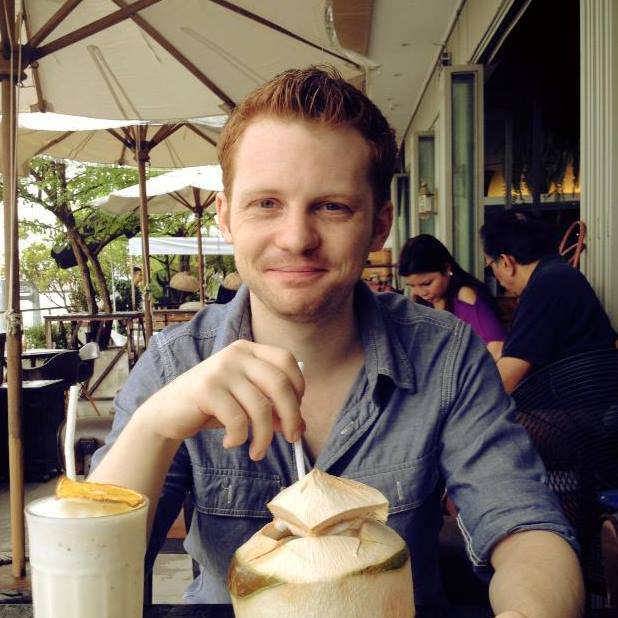