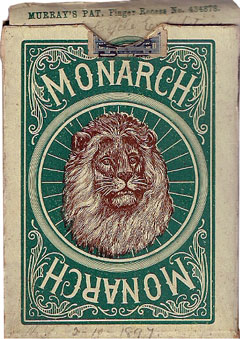 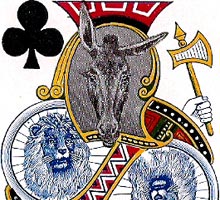 Monarch Bicycle playing cards are an early example of non-standard designs used for advertising. The company advertised itself as “The Monarch King of all Cycles” with a lion's head motif inside a bicycle wheel. The four Kings depict Tom Cooper (1874–1906), an 1890s champion bicycle racer and early auto racing ‘speed king’ who unfortunately died in an auto accident. The four Aces, and also the box, contain bicycle wheels.

Right: "Murray's Patent Finger Recess" referred to on the box flap refers to Samuel J. Murray
who worked for Russell & Morgan until 1886. Click to zoom→

Interestingly, the format of the court card designs in this deck appears to have been used in other advertising decks. They may have triggered the idea for the Stage No.65 theatre stars deck published in the following year. 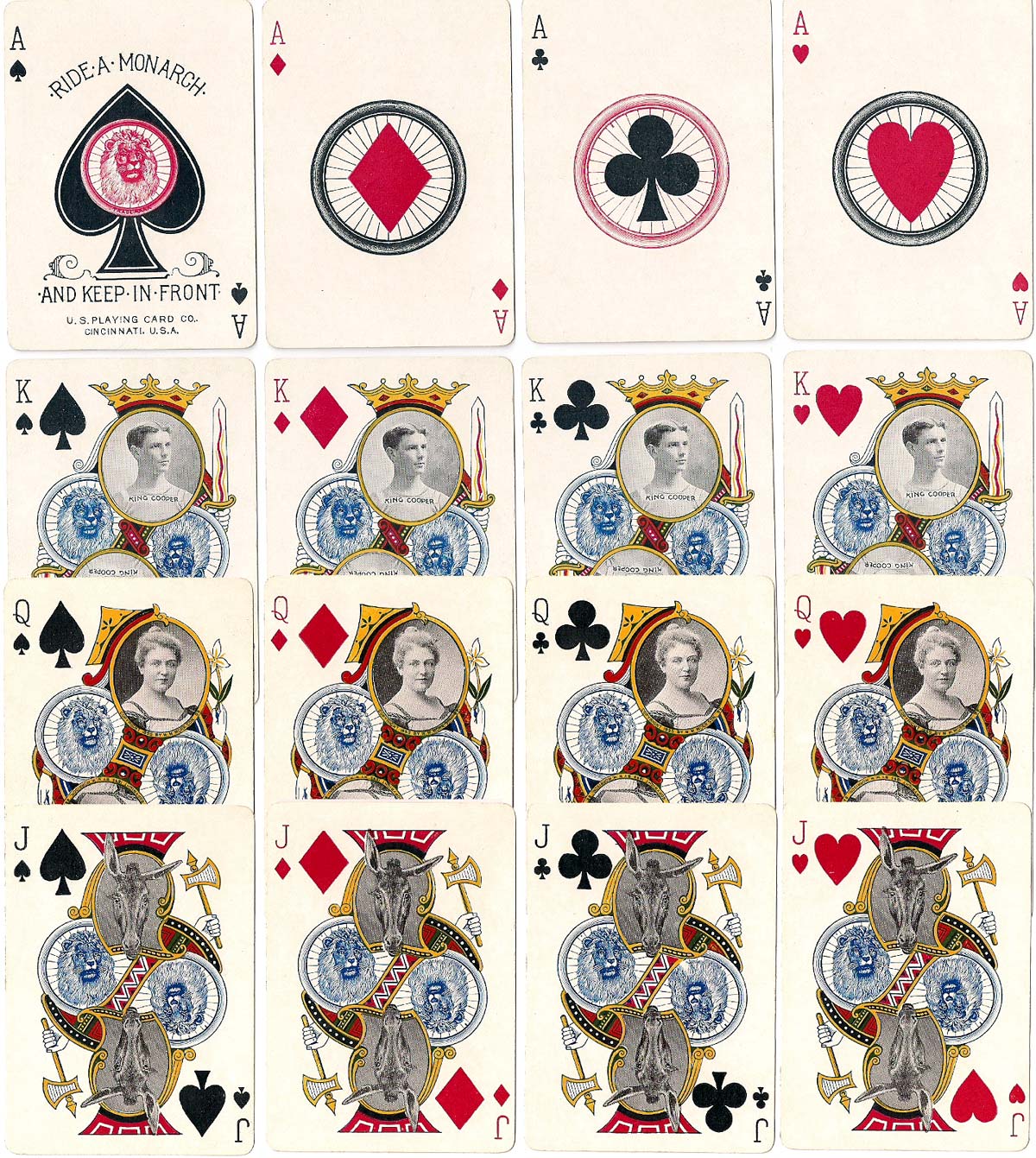 Above: the extremely rare “Monarch Bicycle” advertising playing cards manufactured by U.S.P.C.C. in 1895. 52 cards + joker + extra joker in box. The four queens have the inscription “Copyright 1895 by W. M. Morrison” around the bottom of each oval. W. M. Morrison was a noted photographer, perhaps focusing on sport and theatre related subjects. The four queens feature the famous actress Lillian Russell (1860–1922). We don't know why the four jacks contain Asses; perhaps to be interpreted as Jackass, which, in America at least, denotes a fool. Images courtesy Rod Starling.

Above: six of the different Monarch back designs. The graphics are all the same, but the colour combinations are different. Image courtesy Joseph Pierson. 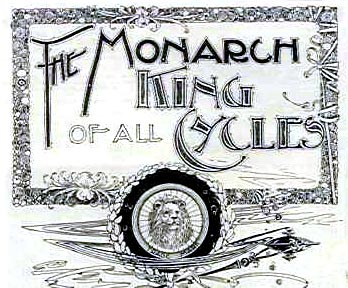 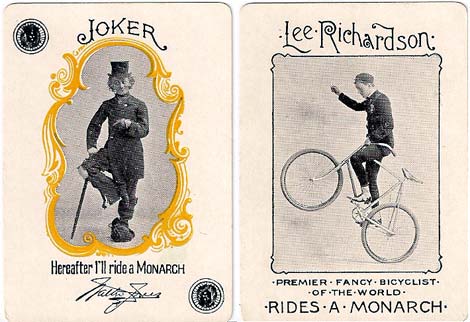 Above: Jokers from Monarch Bicycle playing cards manufactured by U.S.P.C.C. in 1895. 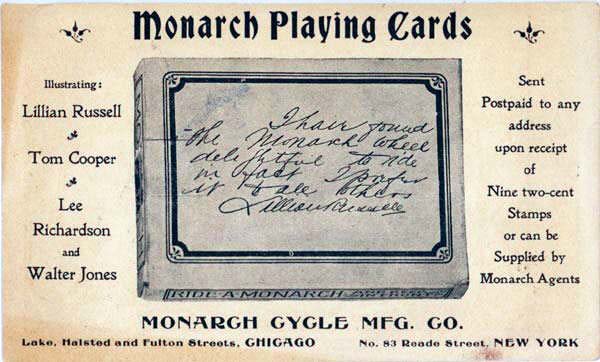 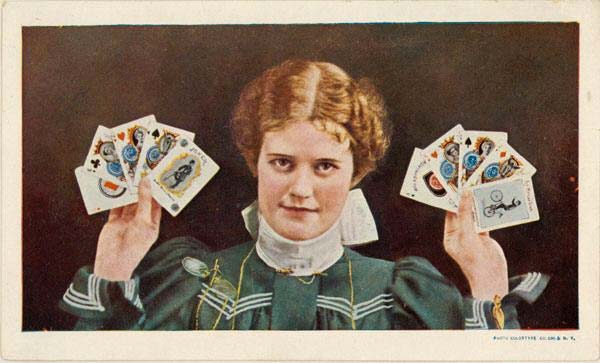 Above: back and front of a Monarch Bicycle trade card. Image courtesy Joseph Pierson.

All images on this page, unless noted otherwise, are from the collection of Rod Starling, author of "The Art and Pleasures of Playing Cards".