Little is known about this manufacturer. The cards shown on this page date from the 1940s or early 50s.

The brand name "La Estrella" with a six-pointed star logo was subsequently used by Igor Domicelj and Vigor S.R.L., suggesting some sort of business succession. In particular, the six-pointed star motif was used on the ace of coins in Spanish-suited decks, or on the ace of spades in Anglo-American ones. The ear of wheat motif was also found on the box of Igor Domicelj-Vigor's version of “Naipes Tipo Húngaro”.   See the Box► 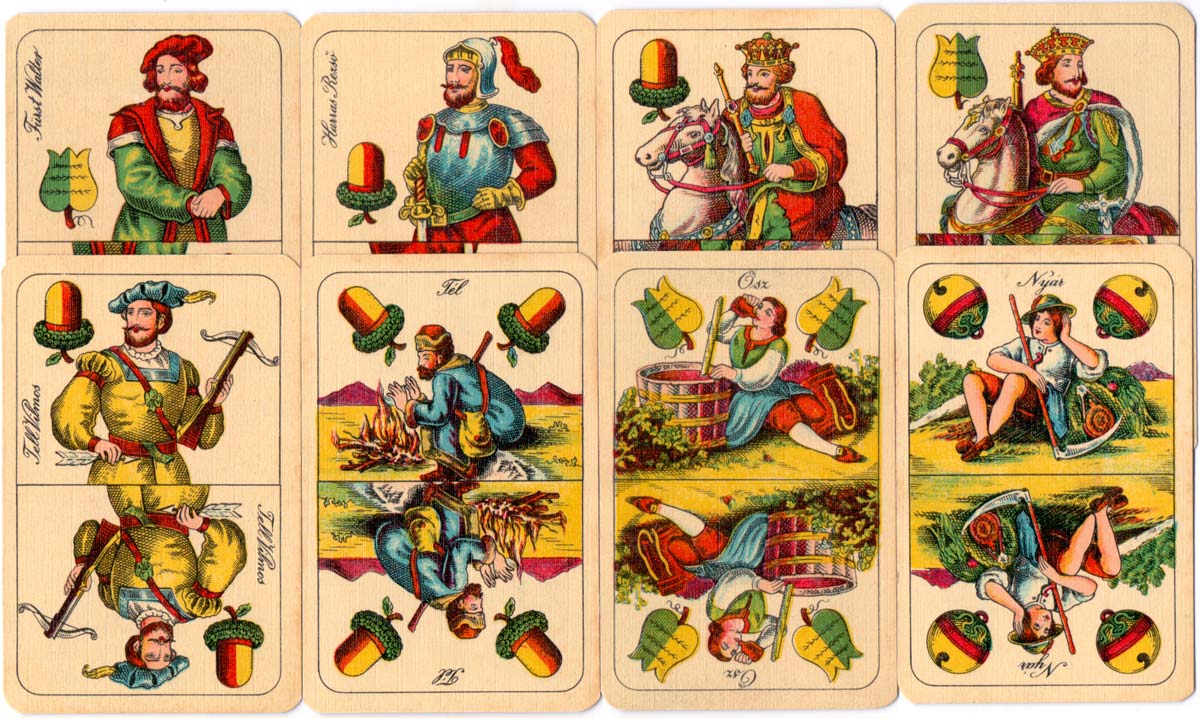 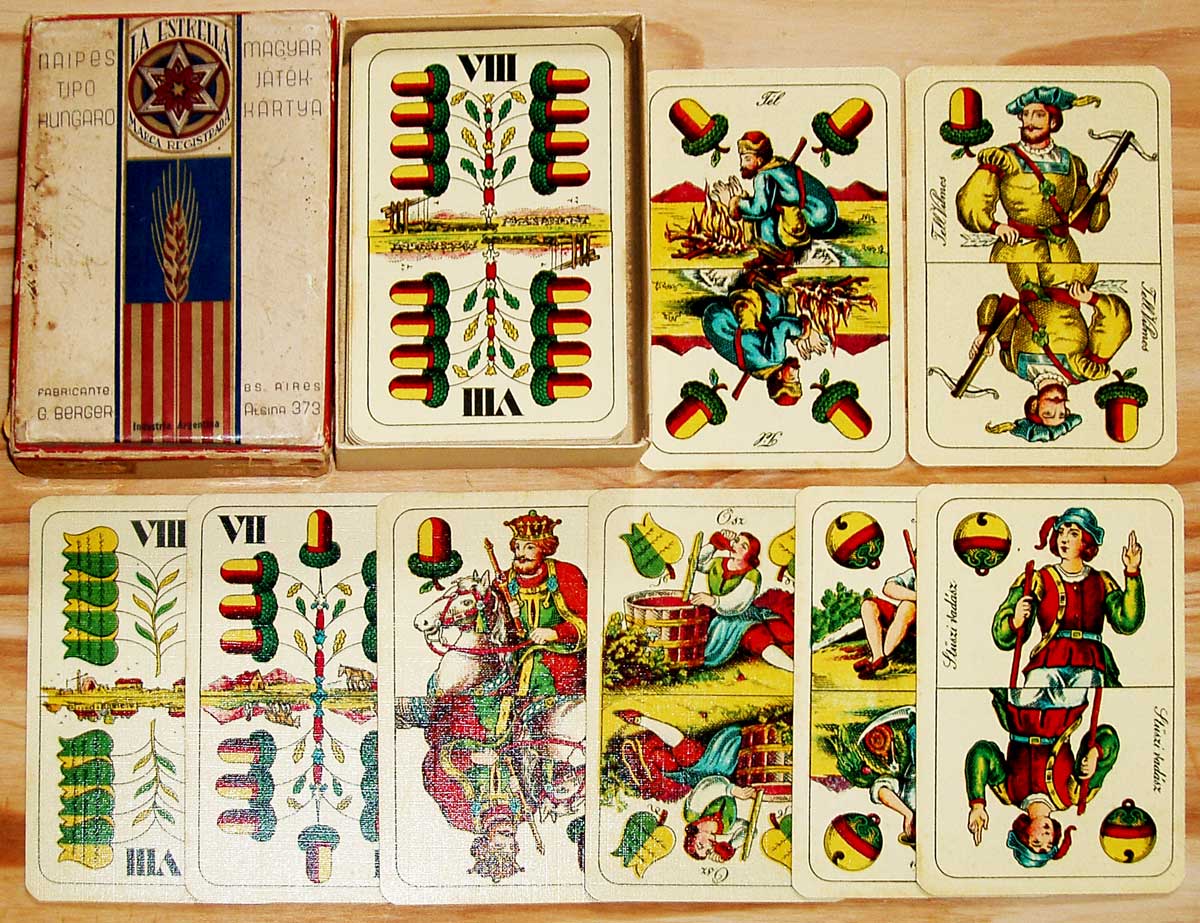