Above: Taroquis ‘MARCA OBELISCO’ published by Mario Colombo, Buenos Aires, during the 1950s. 78 cards in box. The four of cups has a 'Mercury' tax stamp and red lettering. Compare this with the card immediately beneath. 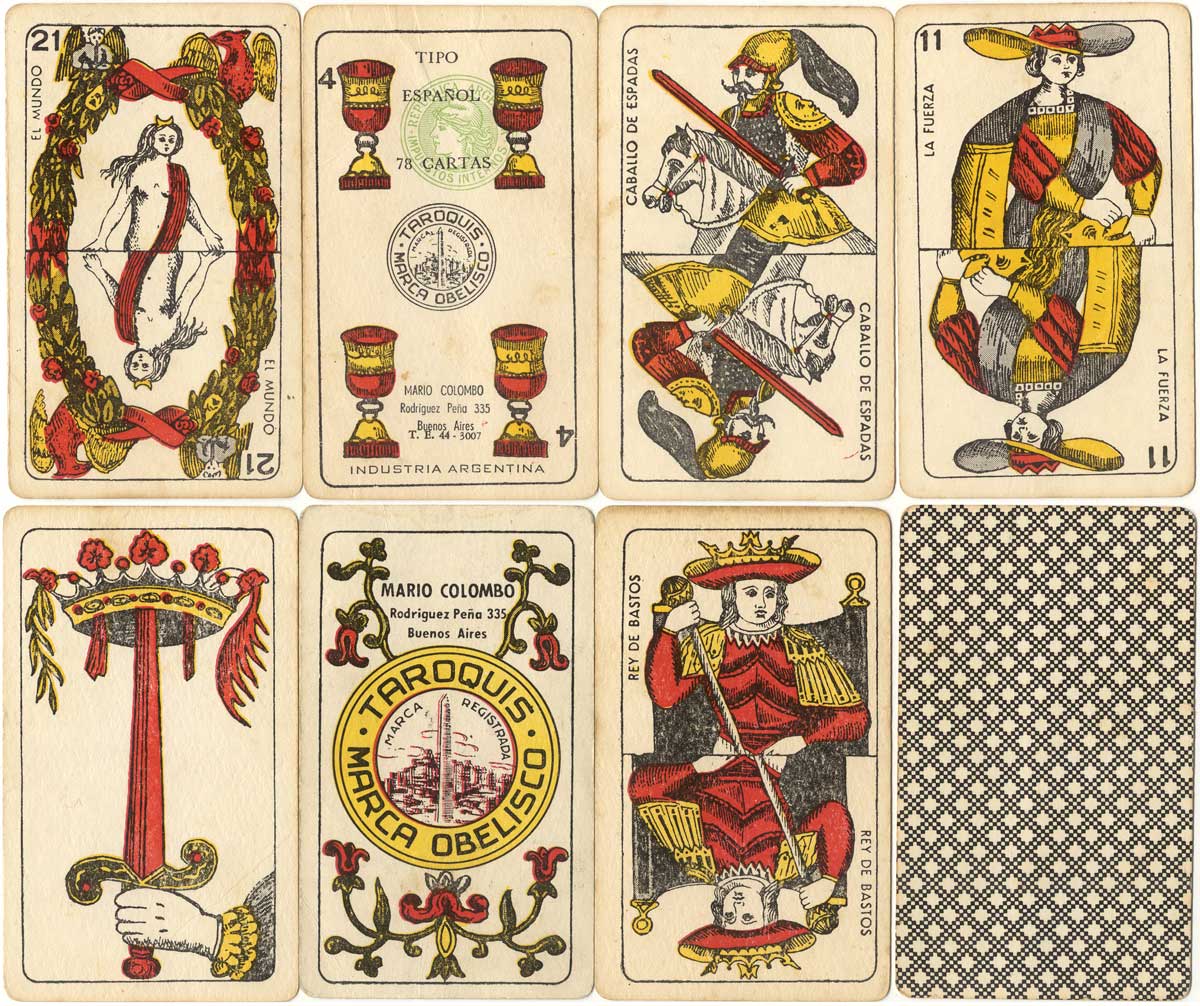 Above: Taroquis ‘MARCA OBELISCO’ published by Mario Colombo, Buenos Aires, during the 1960s, in the style known as "Tarocco Piemontese" which had been developed by Italian cardmakers during the nineteenth century. Similar Piemontese tarot packs had already been produced in Buenos Aires during the early 1900s by Fabrica de Naipes La Primitiva, and another Tarok pack with Spanish inscriptions was published by Cappellano S.A. in the 1970s. Only the packs published by Mario Colombo have the title ‘MARCA OBELISCO’. 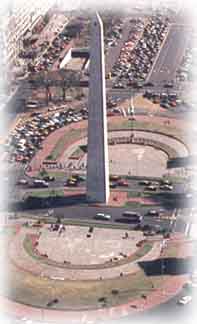 The decks are printed in black/red/yellow only on cheap-grade card. The reverse has a pattern of small black diamonds forming a trellis. Size: 64 mms x 107 mms.

Left: The Obelisk, as shown on the ace of coins (above), was built in 1936 in commemoration of the first founding of the city. It is located in Avenida Nueve de Julio in Buenos Aires.

Above: Taroquis ‘MARCA OBELISCO’ published by Mario Colombo, Buenos Aires, during the 1970s. The cards have square corners and are printed on paper.

Naipes Side Car in wrapper