La Primitiva was registered as a paper mill in 1878. The cards shown below date from the early 1900s and have the black 'Mercury' tax stamp on the four of cups. The reverse has a red trellis pattern. The design of the cards is based on the Cádiz pattern made by Sebastian Comas (Barcelona) which continued to be imported into Argentina for many years. See later example here. 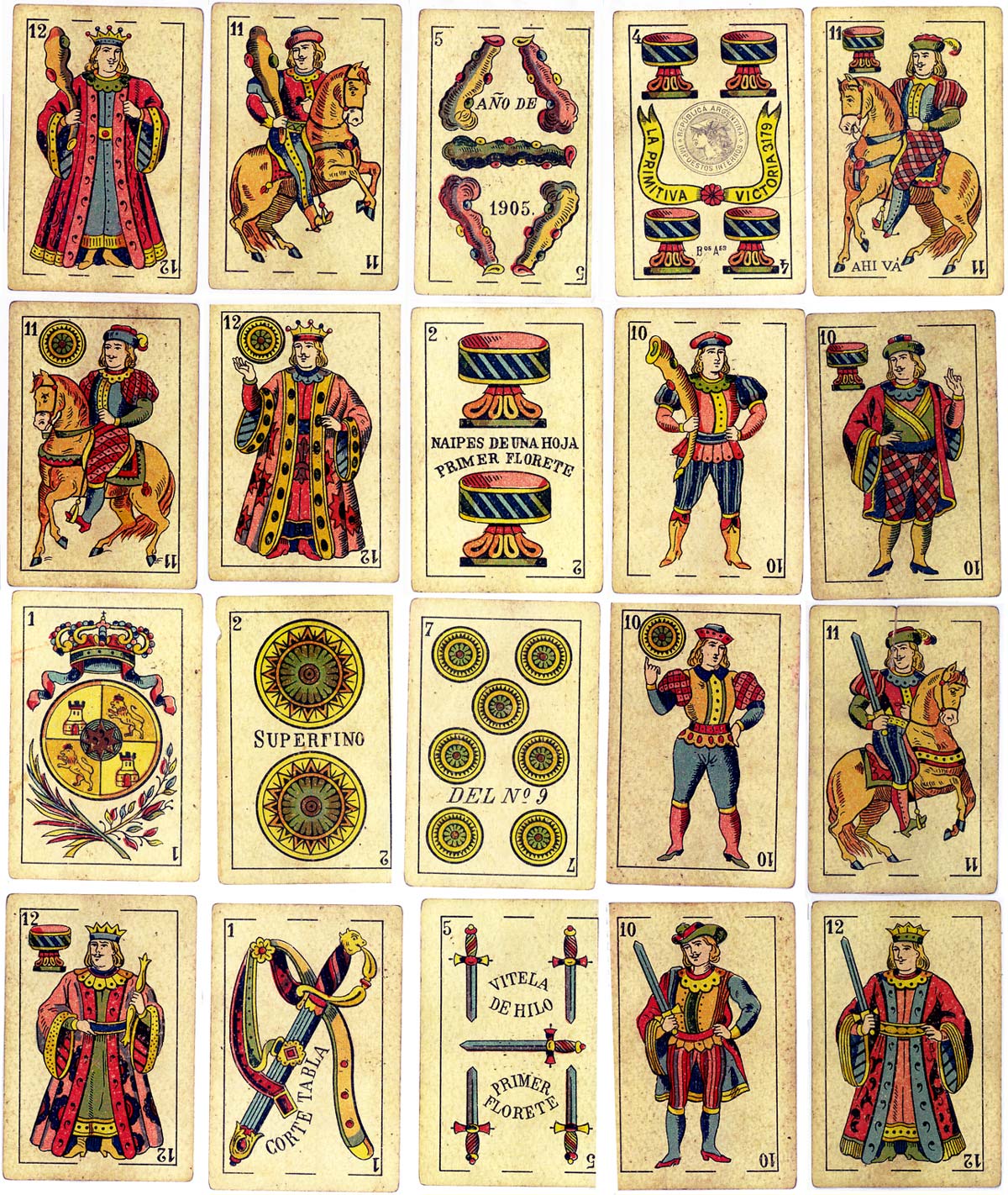