Naipes “La Estrella” Cadiz pattern for Ginebra BOLS by Igor Domicelj, Bs Aires, c.1954. This version of the Spanish Cadiz pattern is copied from ‘Naipes El Heraldo’ by Segundo de Olea. In this example the backs feature advertising for Bols gin inset over a standard criss-cross back pattern. The rest of the pack is also a standard "La Estrella" deck, and is the first advertising deck produced by Domicelj / Vigor, c.1954-5. 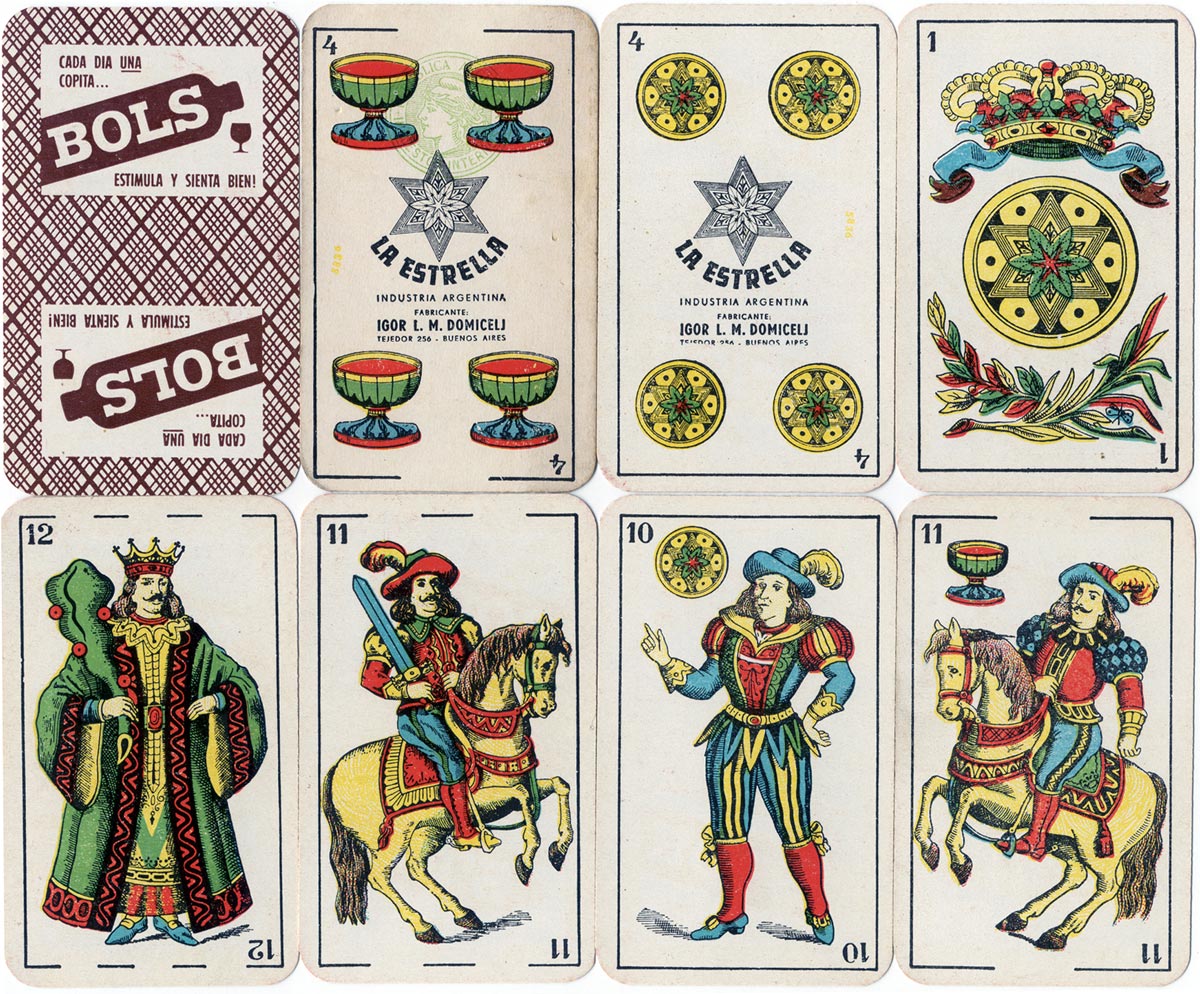 Above: Naipes “La Estrella” Spanish-suited playing cards made for BOLS gin by Igor Domicelj, Buenos Aires, c.1954. Subsequent editions were produced by Vigor S.R.L., after the company was renamed in c.1955.

The Patent Office Registration documents submitted by Vigor S.R.L. on 22nd June 1955 show designs for Naipes Bols. By holding these up to the light, beneath the label stuck onto the sample card the name of Igor L. M. Domicelj (c.1950-55) can be seen. 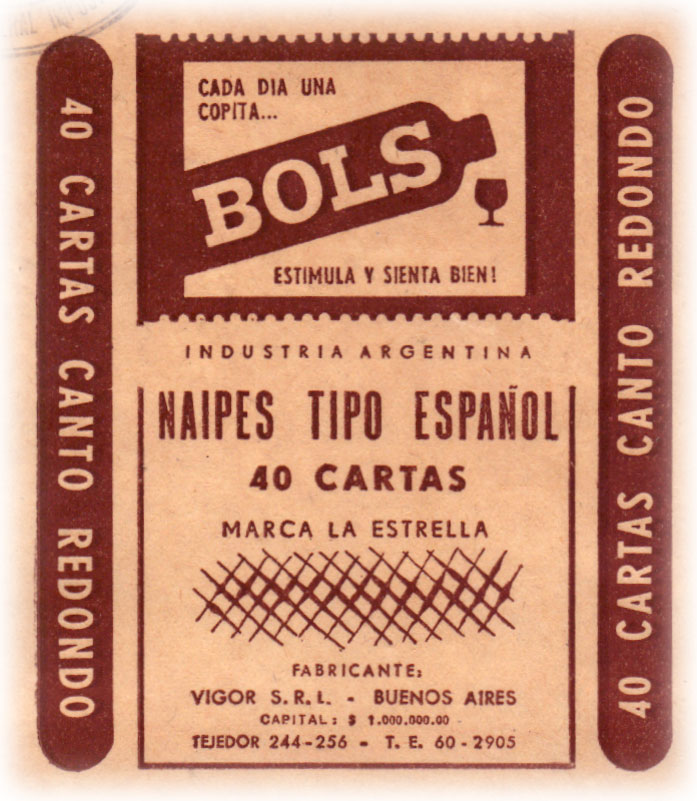