Tarock Cards manufactured by Joseph Estel (Vienna), 1820. The manufacturer's details can be read on the Jacks of Clubs and Diamonds and the maker's stamp and tax stamp appear on the Ace of Hearts. Tarok packs were originally made with 78 cards but the size of packs was often reduced to 54 cards by the removal of some of the pip cards deemed superfluous for play. The elaborately-costumed, double-ended court figures are derived from those of the French 'Paris' pattern (with the exception of the cavaliers, which are additions). Generally-speaking the Trump cards depict scenes of outdoor life in various countries, usually with different scenes at each end, and in this case the Trump cards have large roman numerals inside the borders and different scenes at each end, mostly oriental involving Turks, Arabs, Chinese or mythological scenes.   Next → 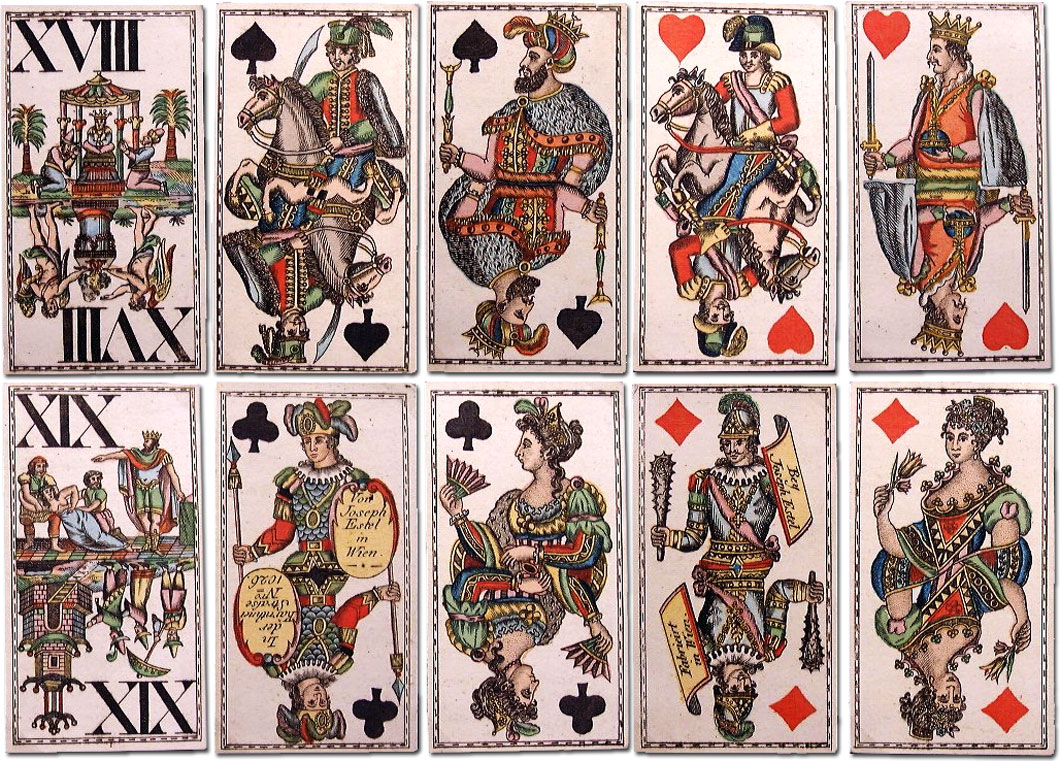 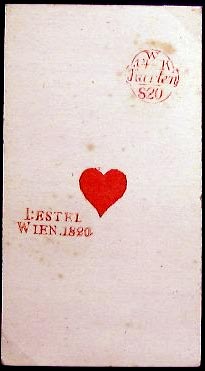