There are many standard patterns in Europe that British people only come across when they are abroad (unless they are collectors), so I thought it would be useful to illustrate a number of these to help with identification. Since I no longer collect such packs, it's thanks again to Rex Pitts for supplying most of the scans. 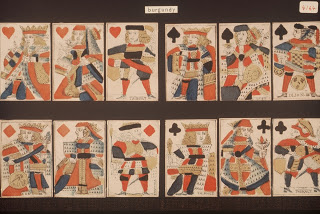 Above: French in an 18th century pack of the Burgundian pattern (no longer extant); from Sylvia Mann's collection 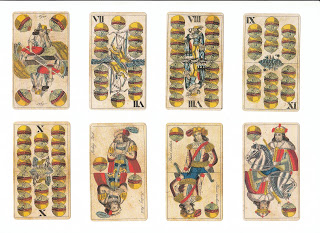 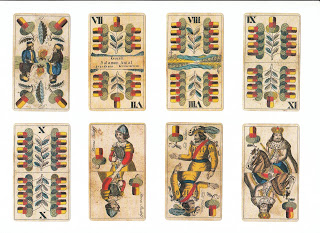 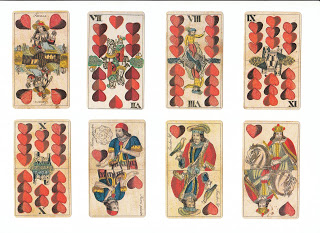 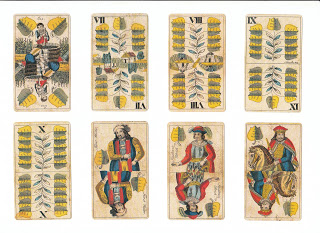 Above: German in a Four Seasons pattern (reproduced by Piatnik) 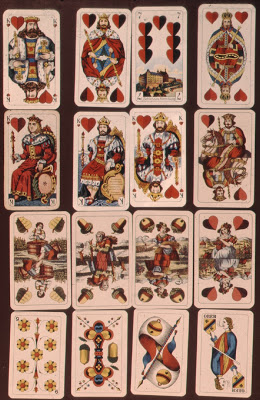 Above: A selection of German and Swiss suited cards

Note that the Swiss suits are different from the German ones in two of them: shields, flowers, acorns and bells. 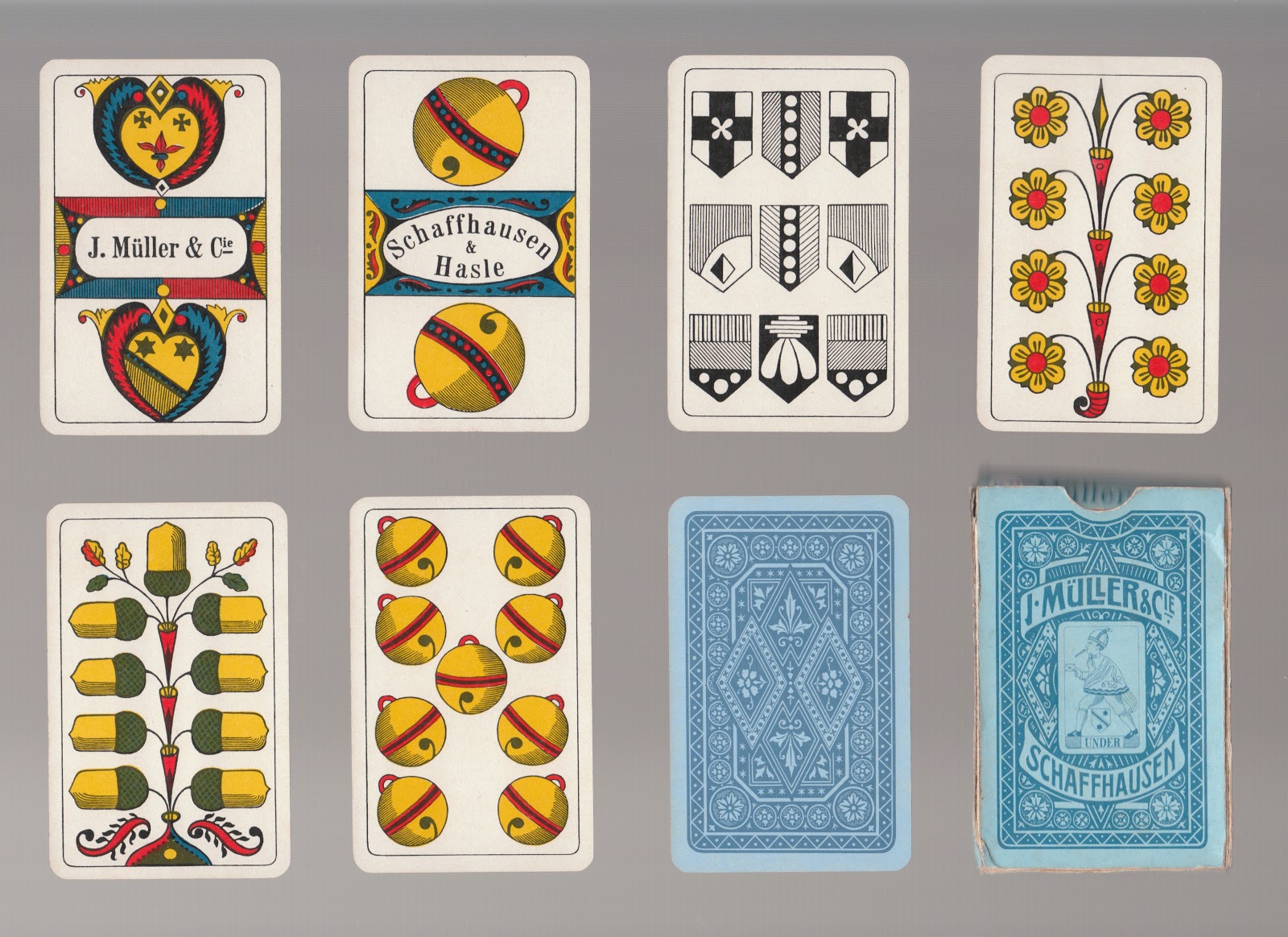 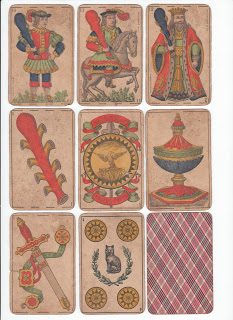 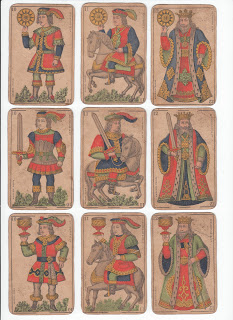 Above: Italo-Spanish in a Catalan pattern pack made in France

The Italian swords and clubs are often interlaced, whereas the Spanish ones are separated. The interlacing comes from the traditional tarot suit arrangements, though not all Italian regional patterns have this feature. 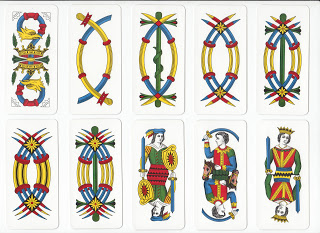 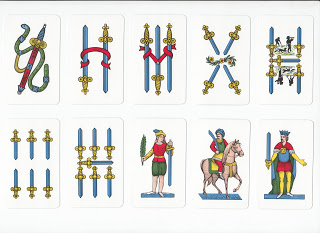 Above: Three sword cards from a Spanish non-standard pack 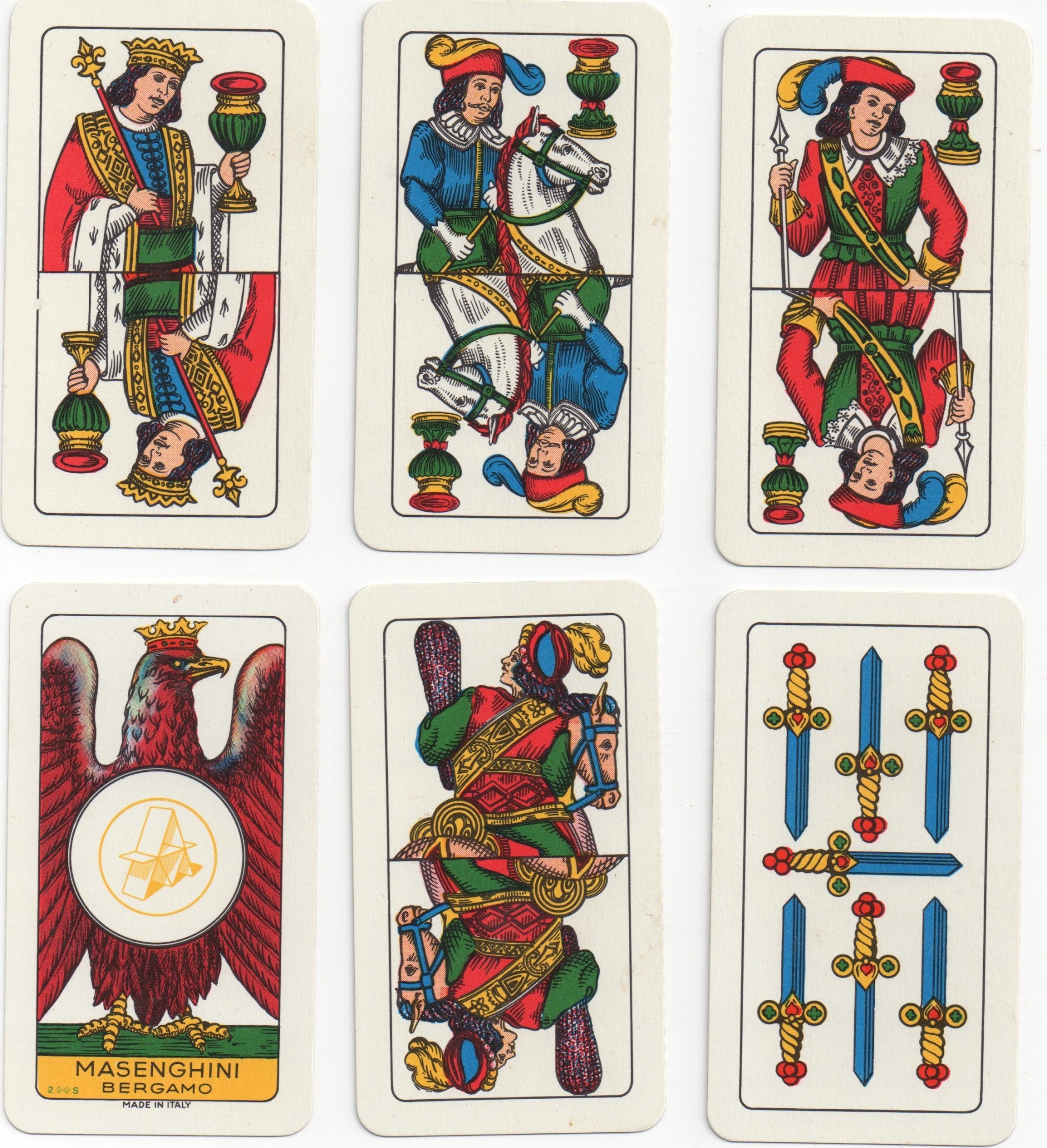 The Piacentine pattern with double-ended courts 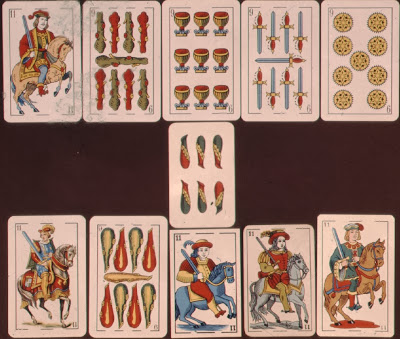 All these systems of suit signs are used in the various standard regional patterns, a few of which I illustrate on other pages. The most comprehensive treatment of standard patterns is to be found in Sylvia Mann's All cards on the table/Alle Karten auf dem Tisch (1990, Jonas Verlag).

To finish this post I'll illustrate a few more of the French-suited standard patterns. 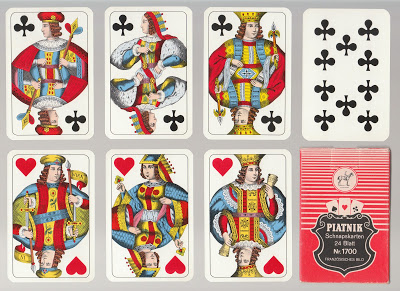 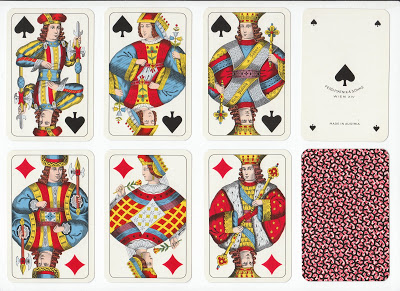 Austrian pattern A with large crowns; oddly the box refers to "Französisches Bild", the name used in Germany for the Berlin pattern (see next item) 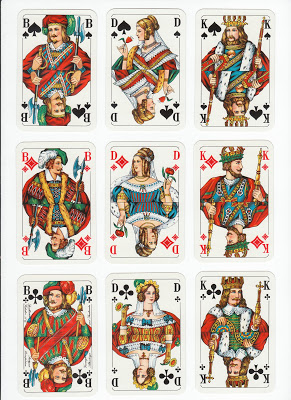 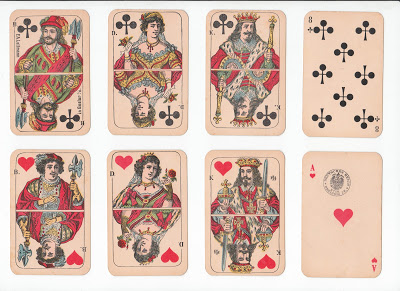 An earlier version by Lattmann, c.1900 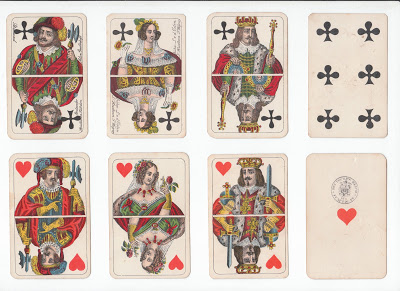 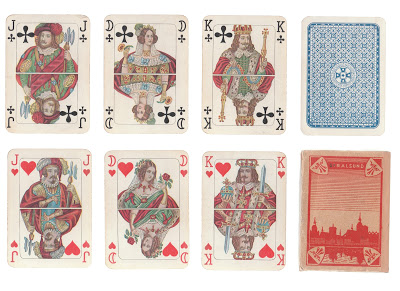 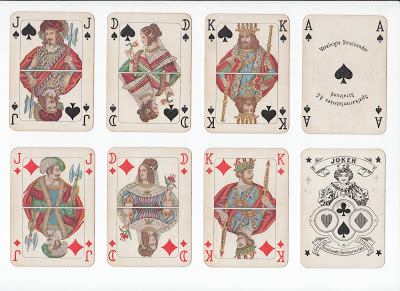 A version of the standard Berlin pattern (französisches Bild) by Stralsunder, c.1925. Note that the indices are a hybrid of English and German: K D J!!! 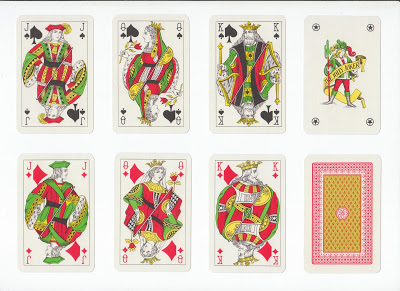 The Belgian version of the Paris pattern; this one was made by Artex, Budapest, with English indices. The same pattern is found in Genoa. 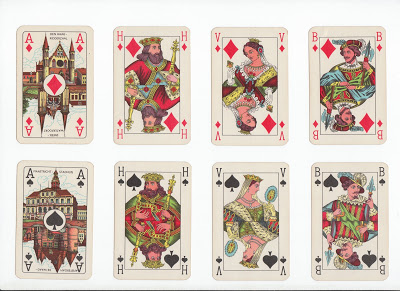 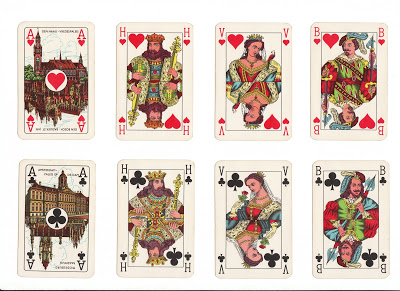 Dutch standard pattern; several of the courts are derived from the old Paris pattern