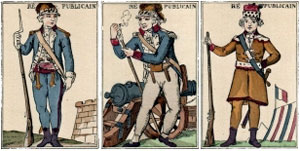 This distinguished pack of French Revolutionary anti-Royalist playing cards, subtitled “Jeu des Philosophes de l’An II”, was first published by the printer Gayant in Paris, 1793. The traditional feudal structure of the pack of playing cards was revised. The soldiers of the Republic have replaced the traditional knaves, allegorical figures of the virtues have replaced the four queens and the four kings are now represented by seated philosophers wearing wreaths instead of crowns. 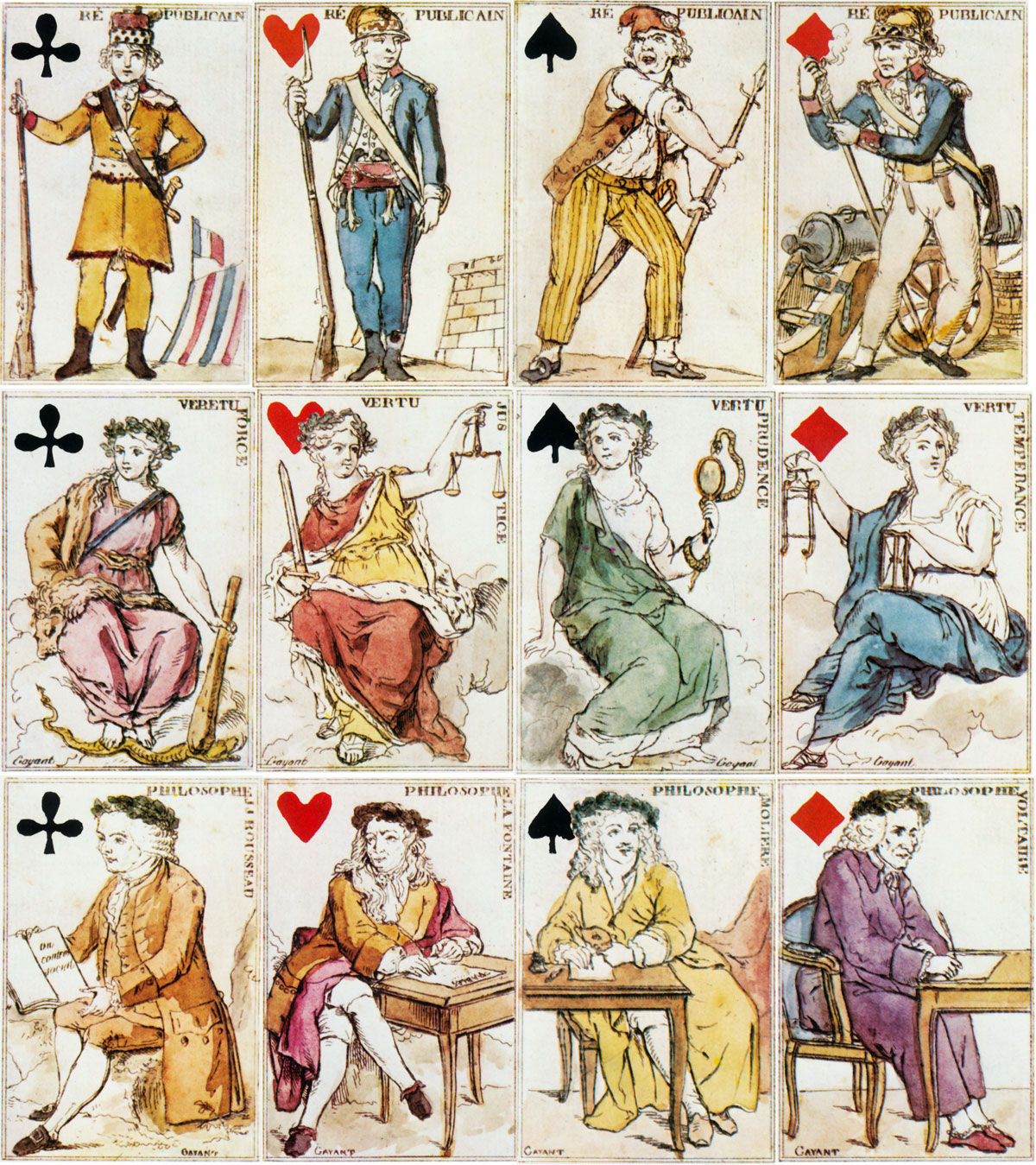 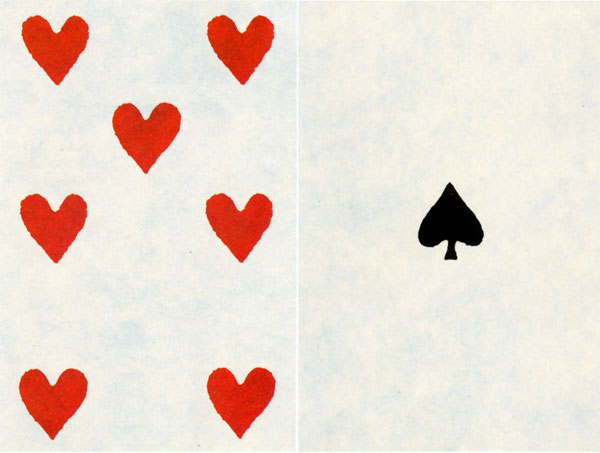 Above: cards from historic facsimile edition of “Jeu des Philosophes de l’An II” published by Éditions Dusserre (Boéchat Frères), Paris, c.2000. The four kings are represented by the philosophers Voltaire, La Fontaine, Molière and Rousseau, in keeping with the spirit of the late 18th century in which genius was honoured. Images courtesy Matt Probert.