Jeu de Quaternes (Quartet game) with bold octagonal artwork and lettering by ‘Rizá’ whose signature appears on every card, accompanied by a motif of three square boxes in blue, white and red, like a French flag. The card for Le Tableau (blackboard) has the first line of La Marseillaise, the French national anthem: “Allons enfants de la Patrie”, lending the game a patriotic overtone. The card for Les Gants (Gloves) has the inscription “Made in France”. Beyond these clues, we have no details of the publisher or date. 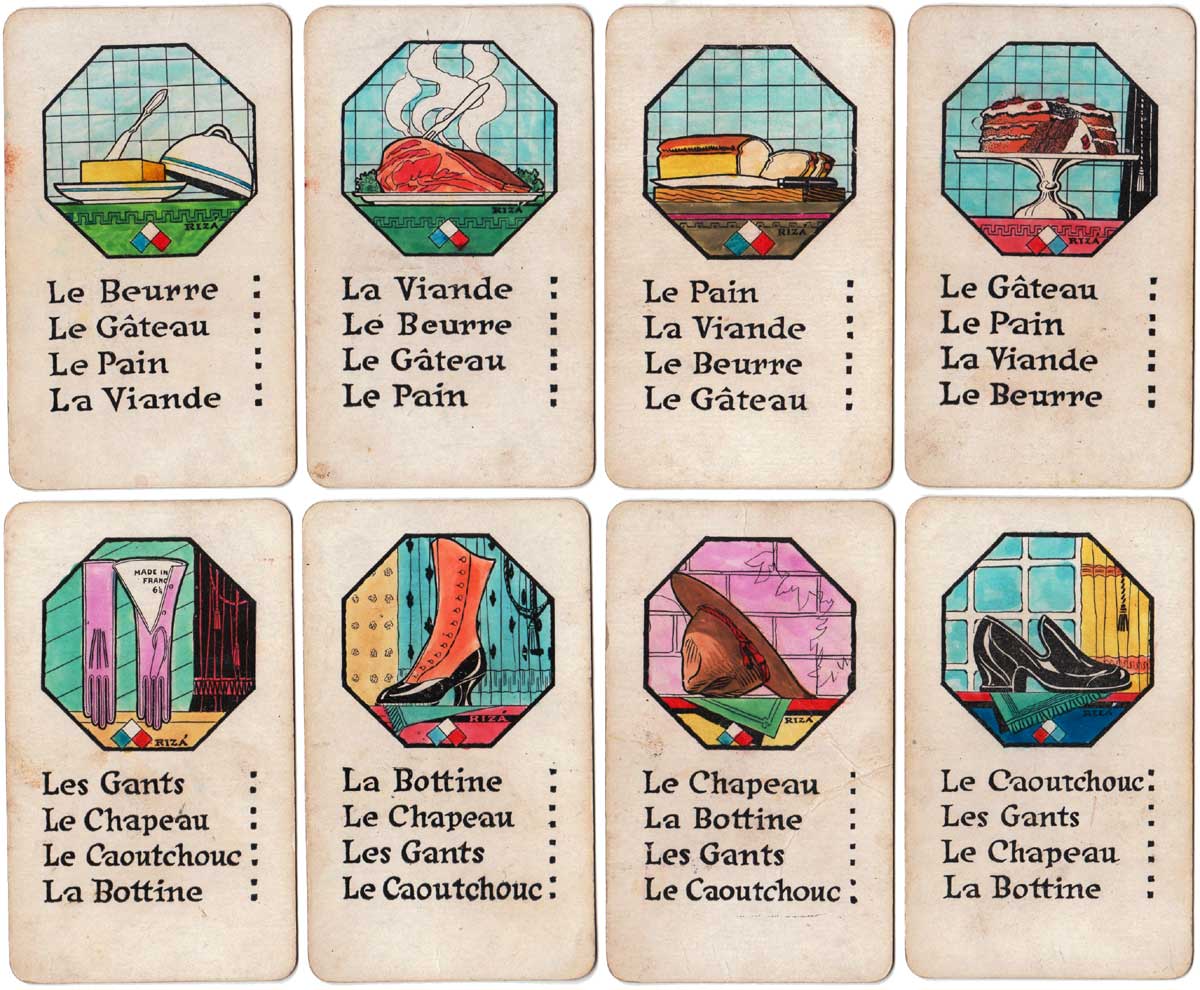 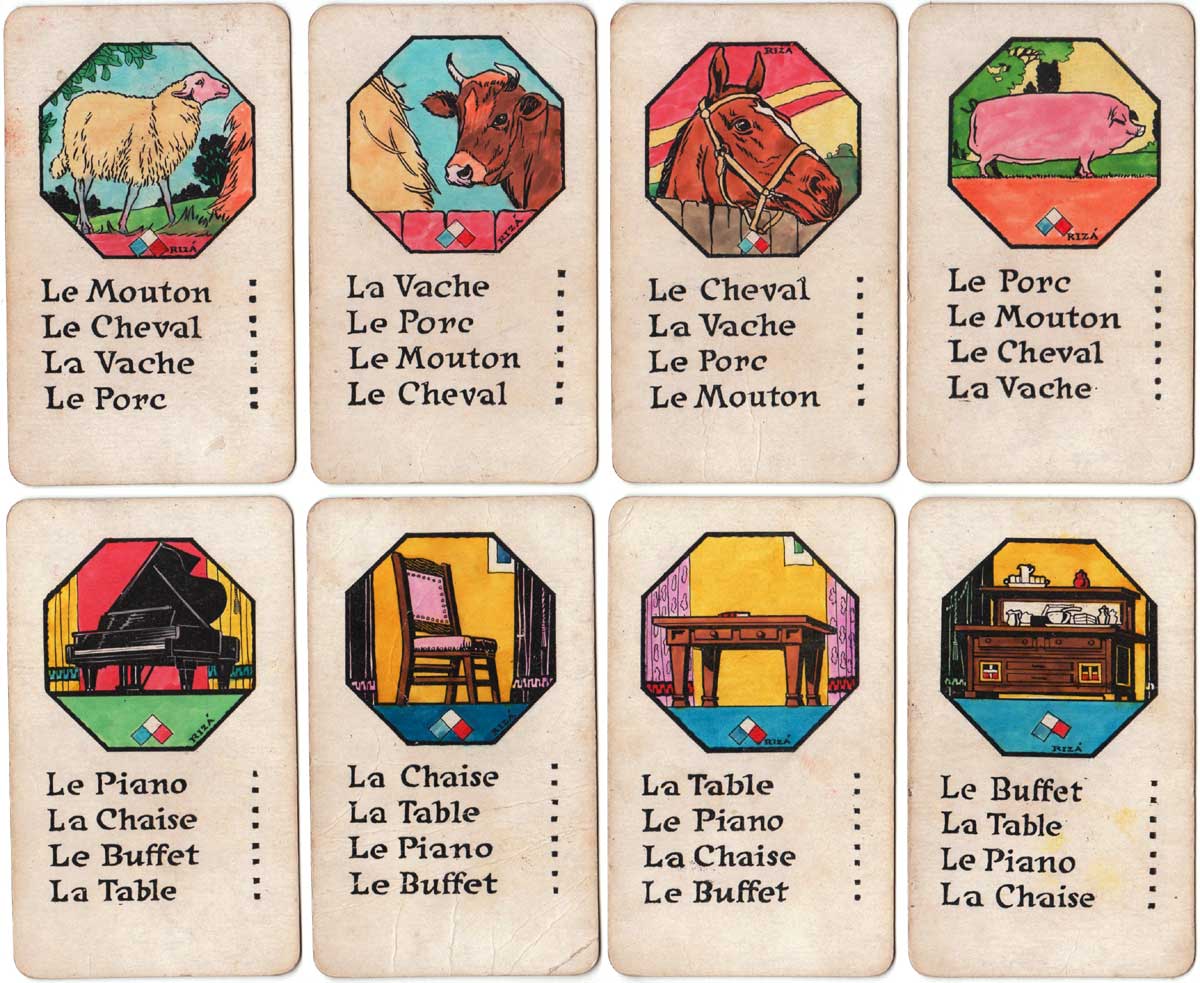 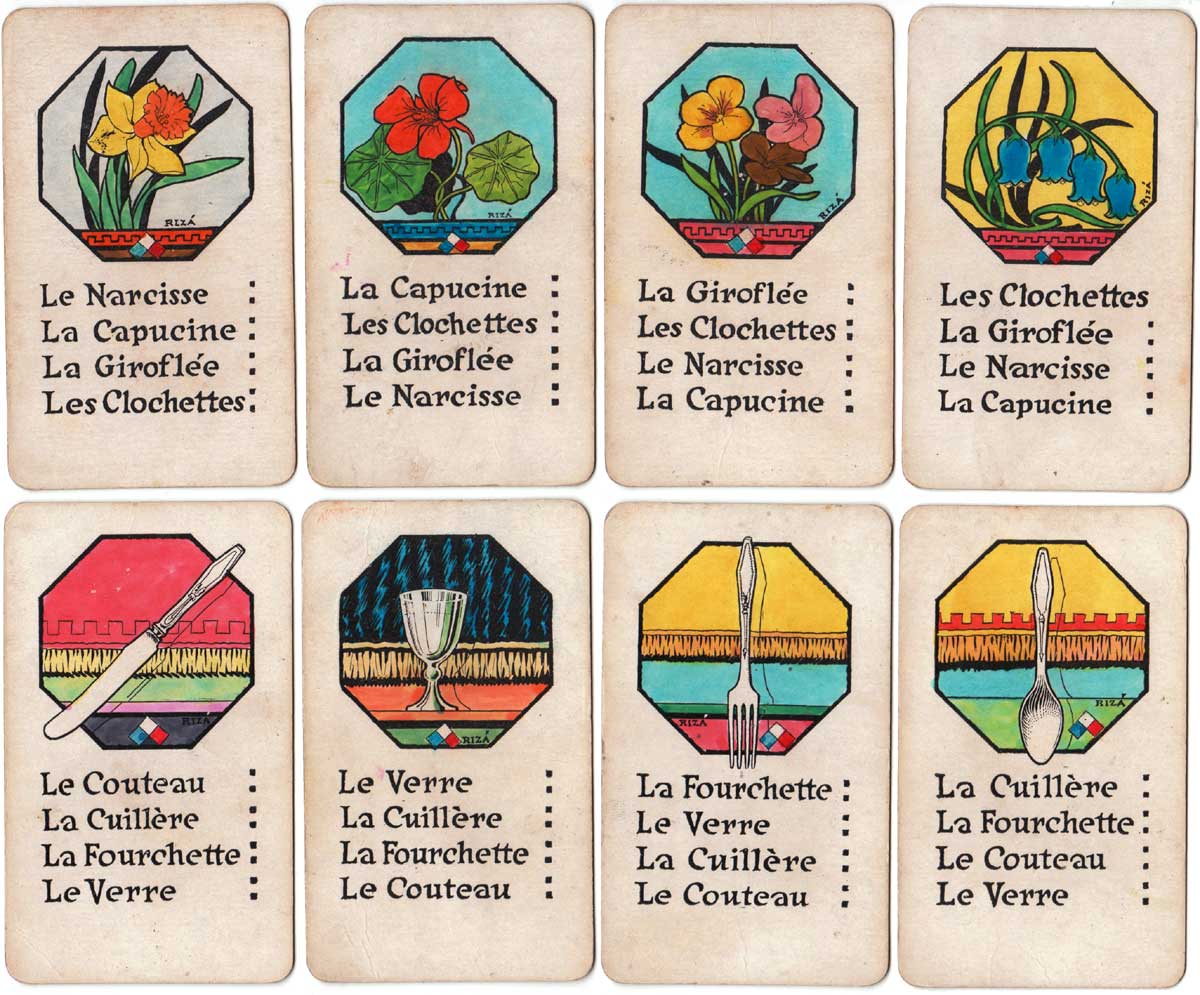 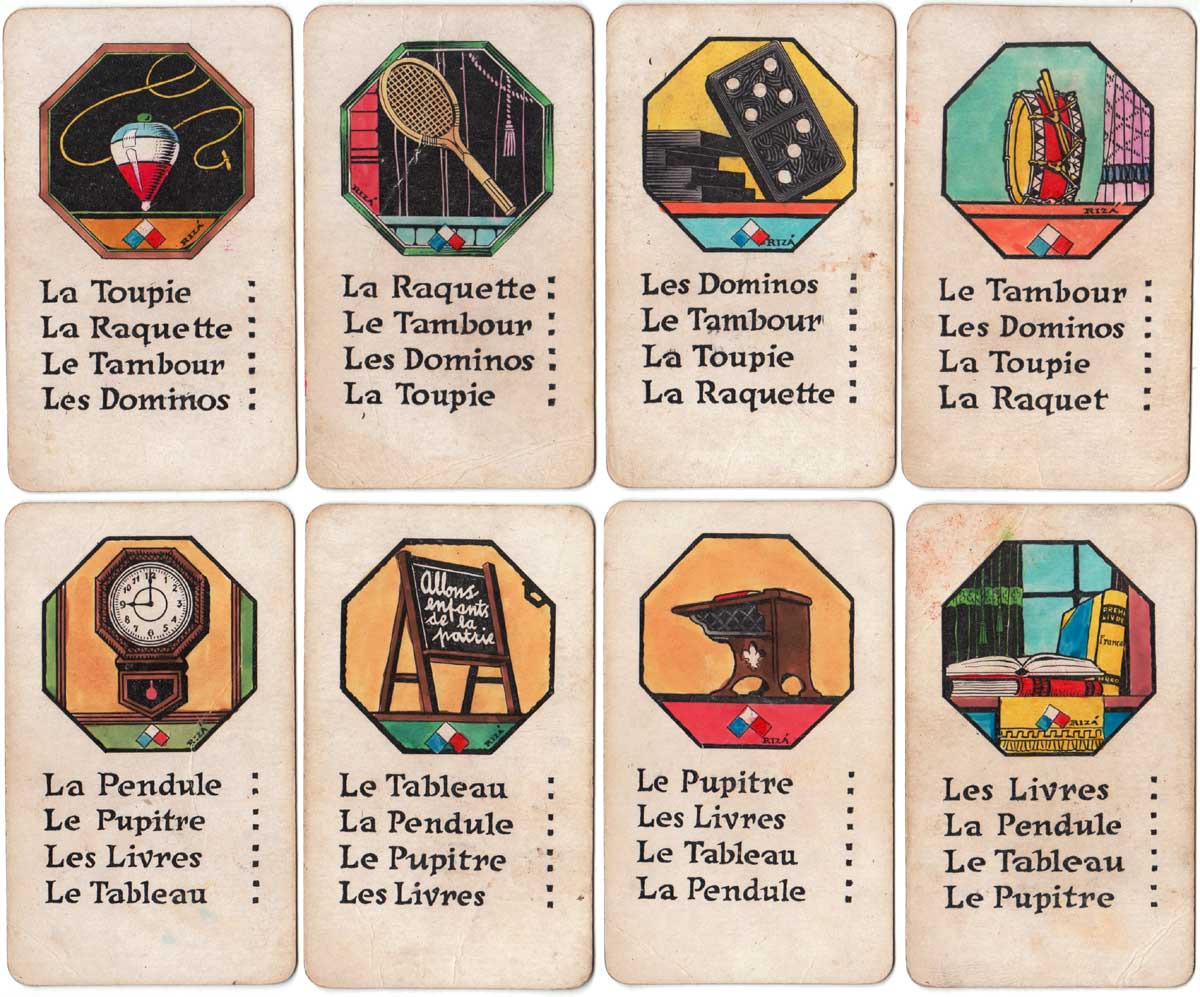 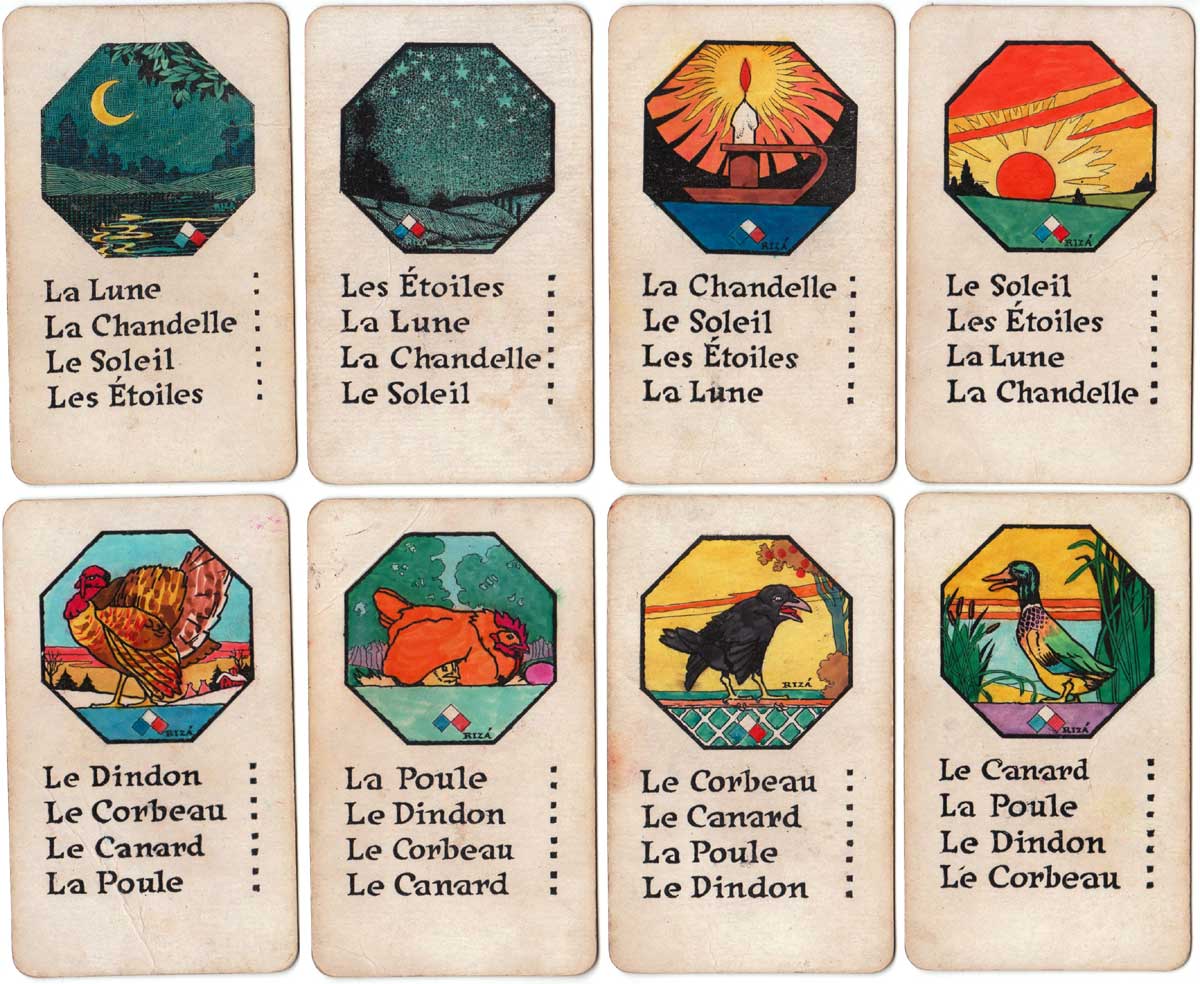 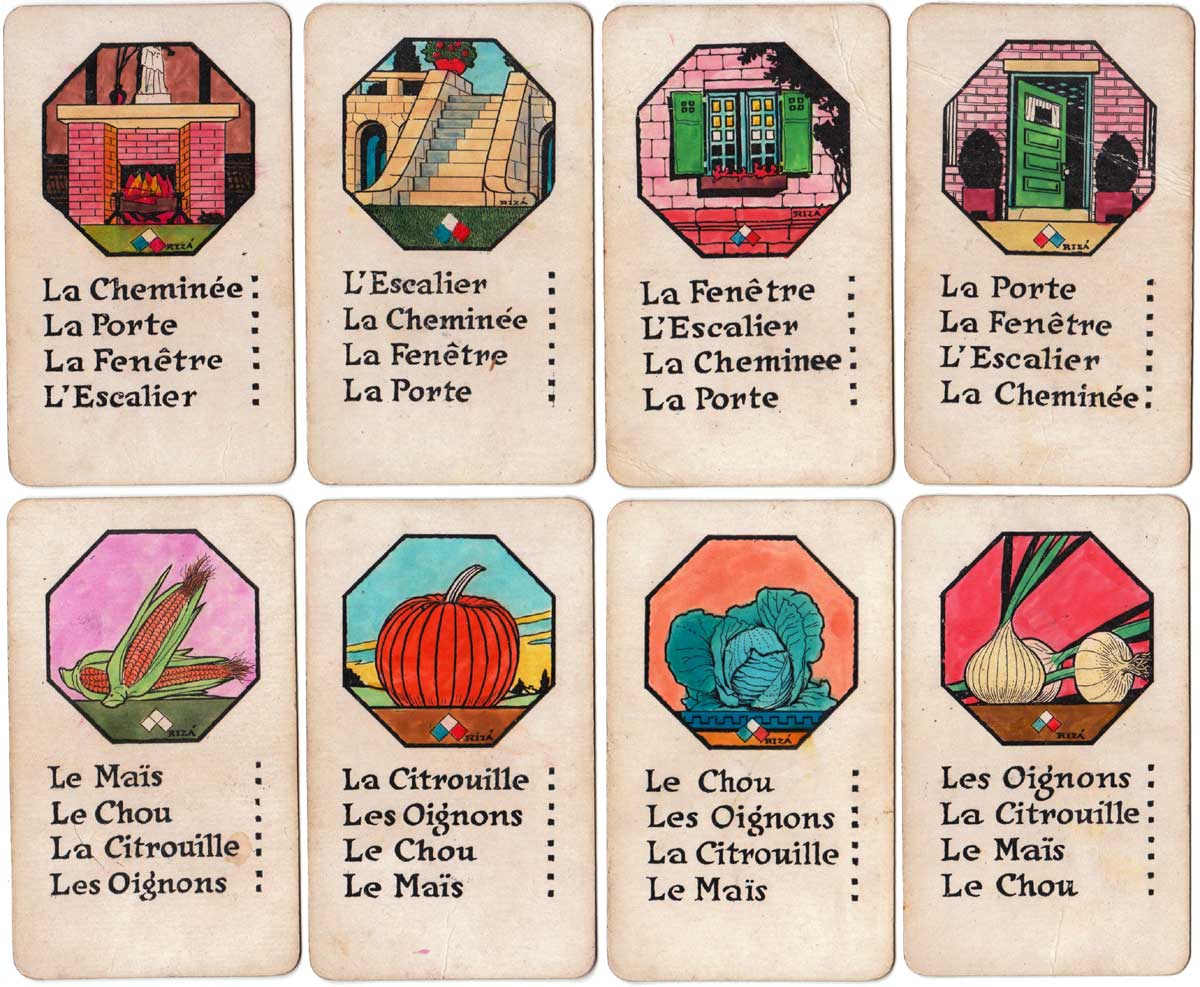 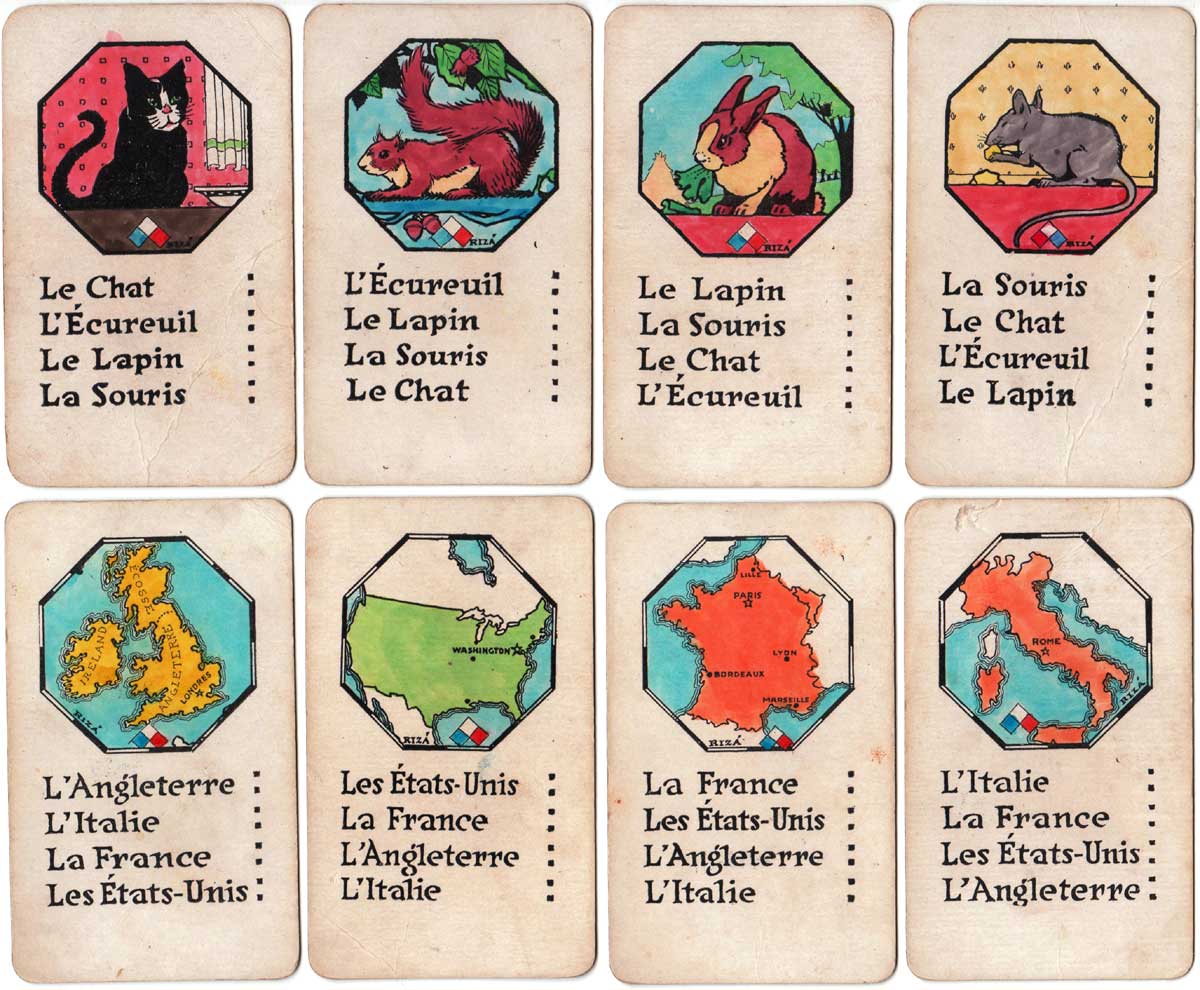 The cards appear to have been hand-coloured by a previous owner (in which case they may have been published in b/w only). For example, the triple box motifs are uncoloured on the ‘Le Maïs’ and ‘Le Citron’ cards, and are the wrong way round on the ‘La Souris’ card. However the shiny surface of the board would have been very difficult to colour with watercolours, so this issue is inconclusive. The backs are plain white.