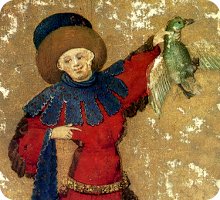 Ducks, falcons, stags and hounds... luxury playing cards from southwest Germany, probably for fashionable esteem. Around 1400 the sport of hunting was part of life at court, as depicted in books and playing cards of the day.

Originally in the collections of the dukes of Bavaria, these are considered amongst the earliest surviving sets of playing cards. The cards are made from pasteboard consisting of up to six sheets of paper glued together, over which a layer of gesso was applied on the front side. Outlines of the designs were scratched into the surface, while some details were drawn with pen and ink. The entire surface was gilded and the designs were then painted over the gold using a variety of colours and metal applications. The backs are painted dark red. A study of the watermarks in the paper revealed that it came from the Ravensburg paper mill and was made between 1427 and 1431. 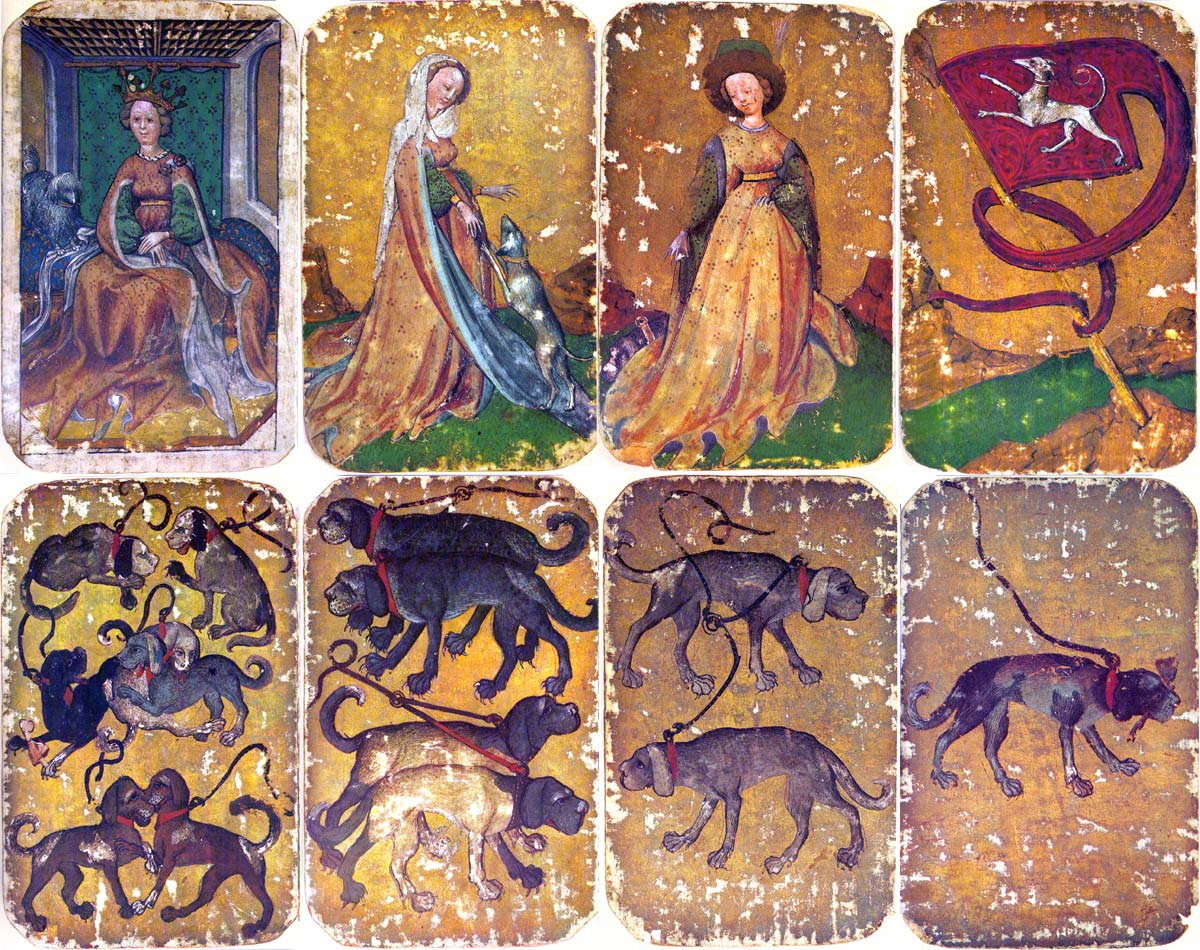 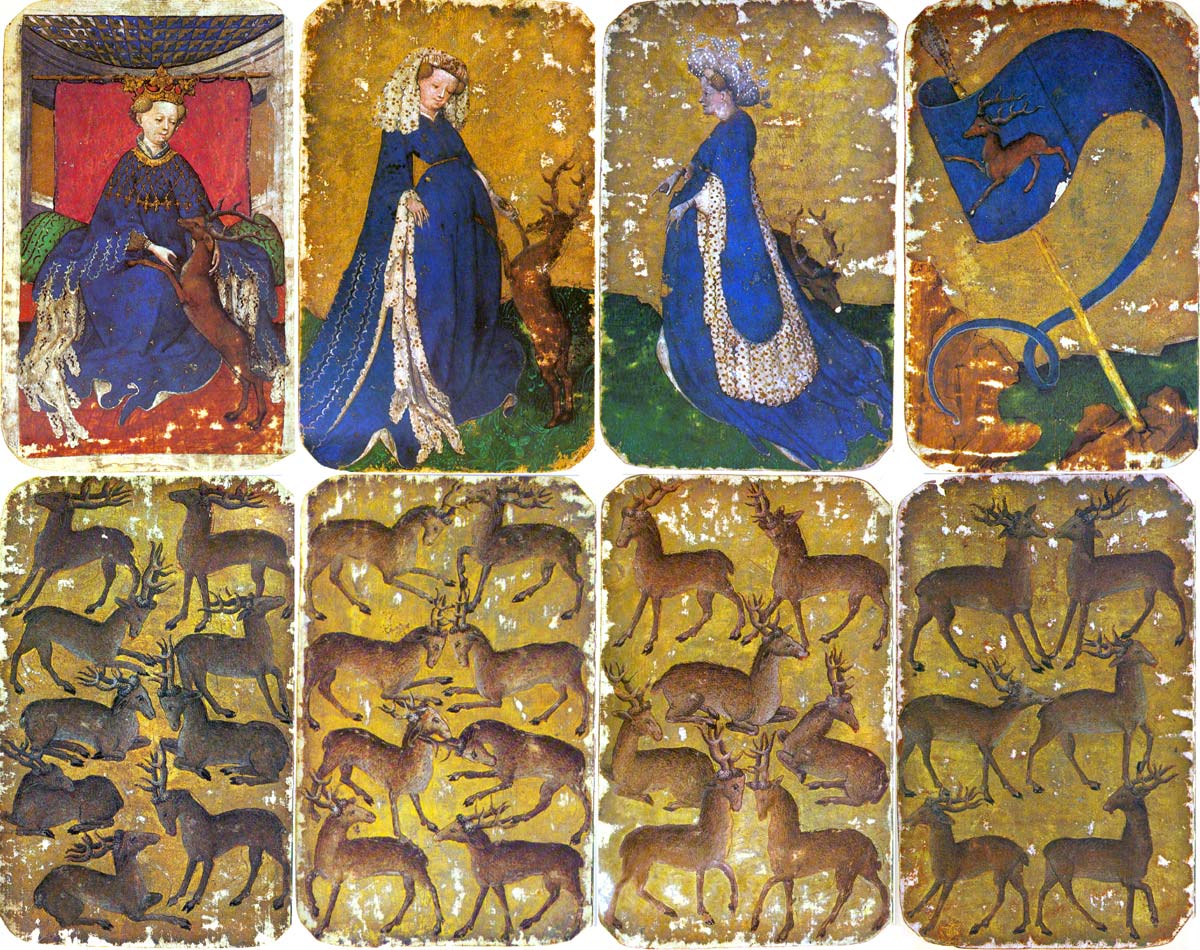 Above & Below: the pack originally contained 52 cards with suits of ducks, falcons, stags and hounds: the numeral cards (1 - 9 + banner card) with King, Knight and Knave for ducks and hawks, and female counterparts for stags and dogs. In the court cards the suit symbols are depicted in a harmonious relationship with the human figures: the artist has portrayed a somewhat idyllic lifestyle with close relationships between the figures and the animals. 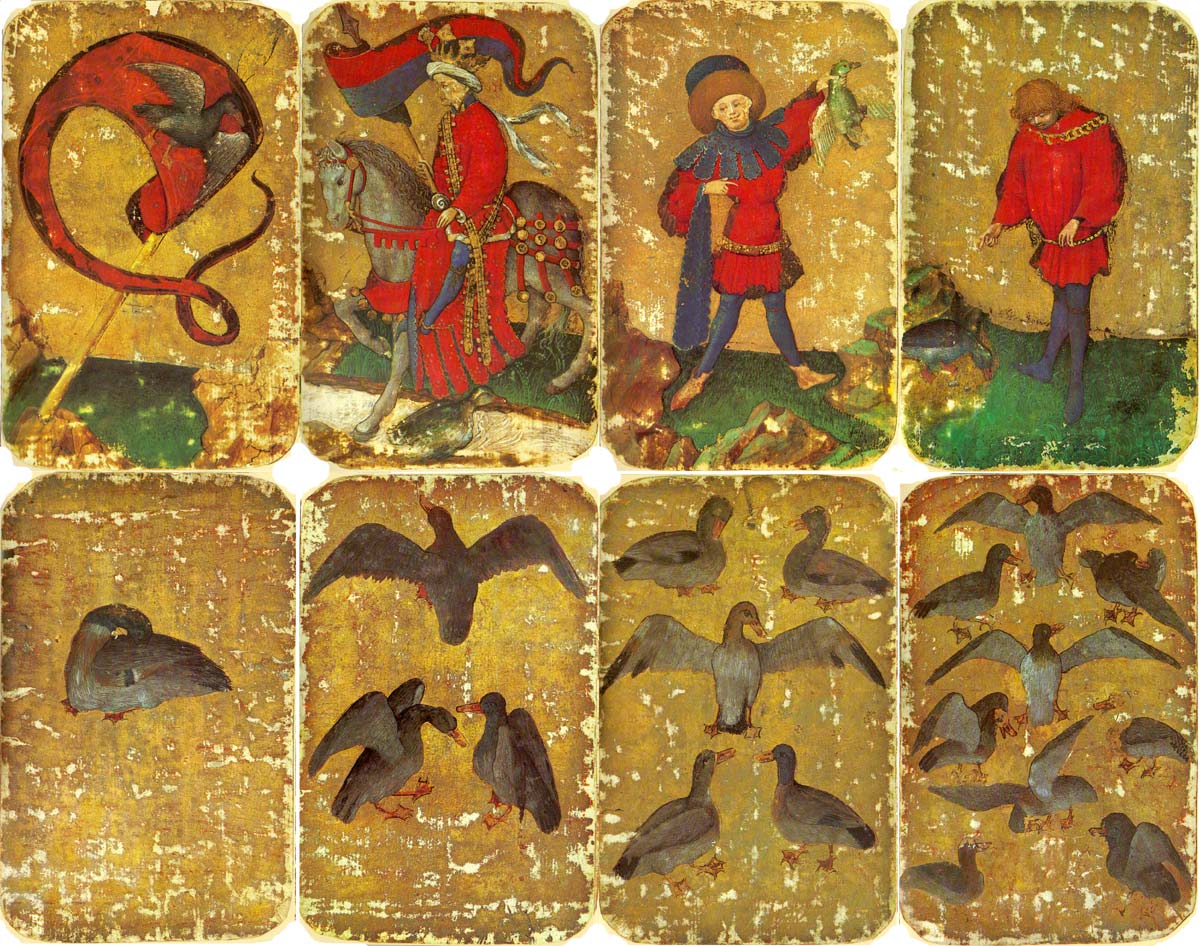 Above: the background landscape representations include details such as grass, water and cliff formations, with the court figures depicted in a natural habitat rather than in abstract space. The colour scheme is simple in that all the cards have a uniform gold background and the court cards are colour coded with their respective banner cards. The original cards are preserved in the Landesmuseum Württemberg.►

These cards were made by an unknown workshop in southern Germany, possibly Swabia. The artist has chosen suit symbols and the court hierarchy in relation to the theme of the courtly hunt. Parallels with Italian hand-painted cards can be seen in the attitudes of the court cards and the narrow landscapes with grass, whilst similarities in the arrangement of the numeral cards can be noted in other early playing cards from Germany (e.g. Master of the Playing Cards).