The Irish Playing Card Mfg Co., Cork, is known to have printed some editions of non-standard cards for the publisher W & G Baird Ltd, Belfast during the 1920s celebrating Irish Heroic Mythology and Irish History. On this page we can see a pictorial souvenir pack showing Ross Castle, Killarney and an advertising pack for Vigzol motor oil printed by the Irish Playing Card Mfg Co. during the 1920s or early 1930s. Other brand names include “Society Playing Cards” and “The Diamond Playing Card”. Packs are also known published for “Great Southern Hotels”. The Ace of Spades has an Irish flavour and the standard court cards are a distinctive and attractive version of the traditional figures, with a Celtic nuance. 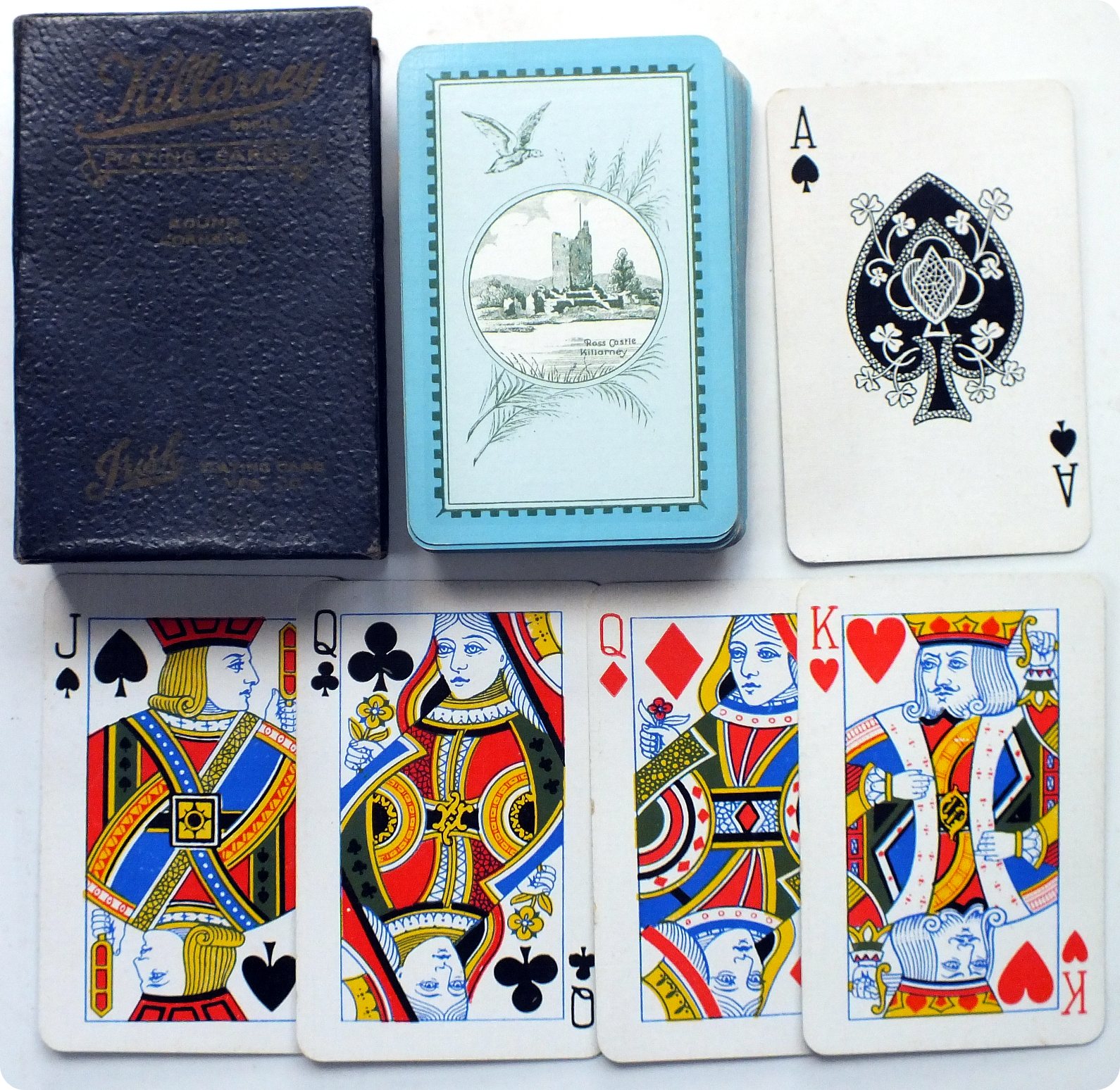 Above: box and cards from 'Killarney Series' playing cards made by the Irish Playing Card Mfg Co., c.1920. The manufacturer's name doesn't appear anywhere on the cards but can be read on the box (see detail above). The reverse features an engraving of Ross Castle, Killarney. 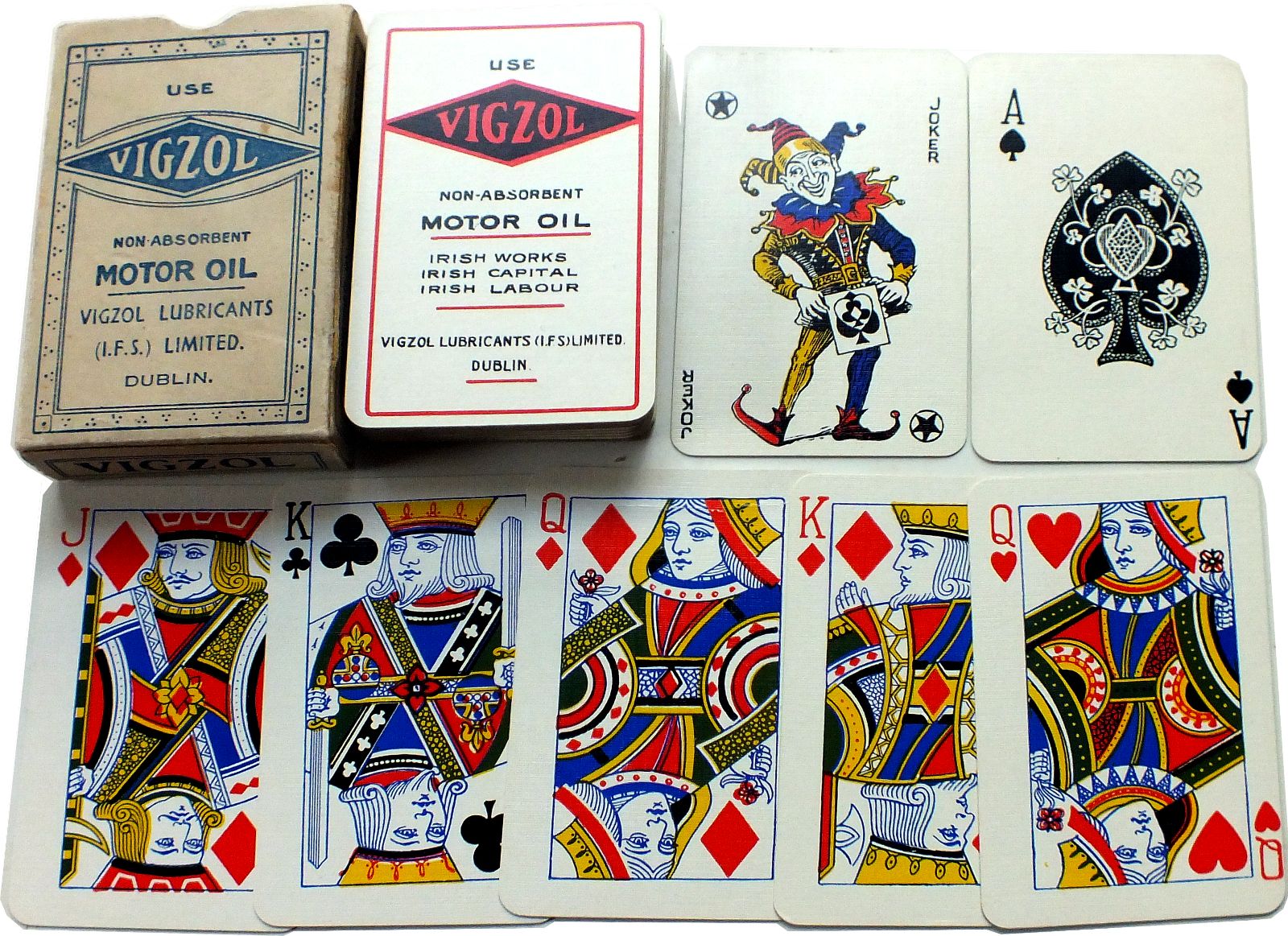