“Mythology is the drama of our own selves on the stage of antiquity...” 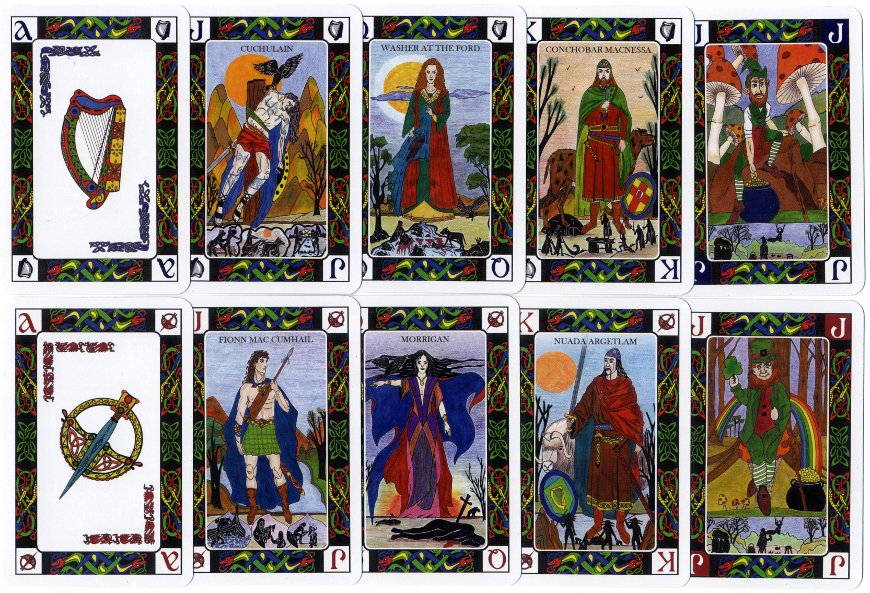 Above: Ace, Jack, Queen and King from two of the suits, and the two Jokers. The remaining two suits are shown below, with the back design. 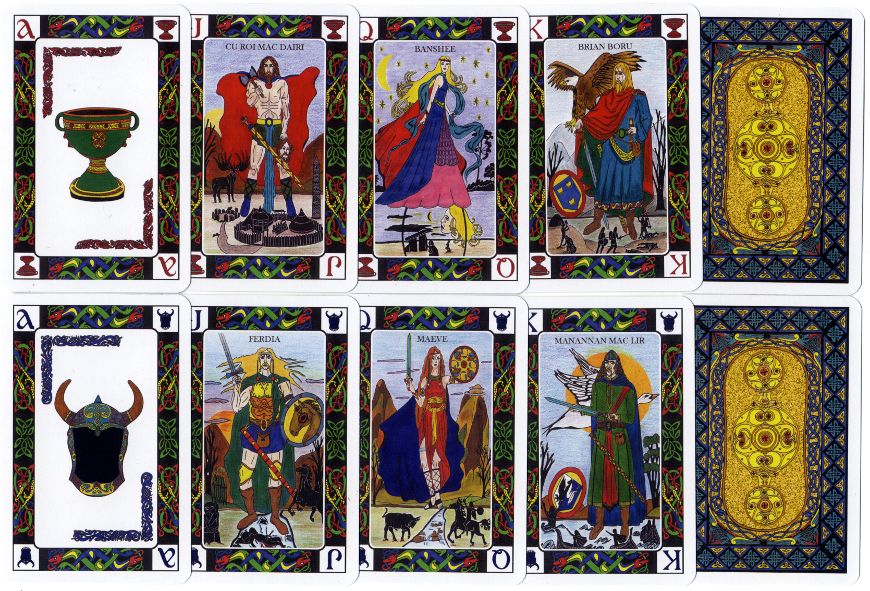 Above: the entire deck is beautifully illustrated with vibrant colours and is accompanied by a GUIDEBOOK containing details about the artist and explanations of the court card personalities. The suit symbols are based on artefacts of Irish culture: Ardagh chalice, discovered in September 1868 in a ring fort at Reerasta, Ardagh, Limerich; Tara Broach, a Celtic broach of about 700 AD, found in Co Meath. Harp: for centuries, the harp has been a beloved emblem of Ireland. Celtic helmet: The Celts' protective armour included iron helmets. The back of the cards is based on the Battersea Shield (350 - 50 B.C.) found in the River Thames at Battersea Bridge, England, also of Celtic origin.

Carmen’s website www.celticjourney.ie is not yet set up for e-commerce, but cards can be bought from her Celtic Mythology blog.