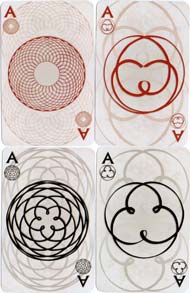 Quantum playing cards was designed by Catherine Geaney in 2010 for her final year at college. The suits are inspired by planetary patterns made by the orbits of planets, moons and stars in our galaxy but at the same time resemble the original clubs, spades, hearts and diamonds. For example, the club pattern is made by Earth and Venus’s orbits over 8 years. The graphics are very modern, sharp and fluid, but also seem to follow an ancient Greek theme mixed with modern sci-fi, a hint of maori artwork and spirographics. Catherine researched the meaning behind the names of planets and stars to create these characters for the deck. The bold and enigmatic images convey strong themes defining each suit, creating a sense of a fictional world that these characters could inhabit. 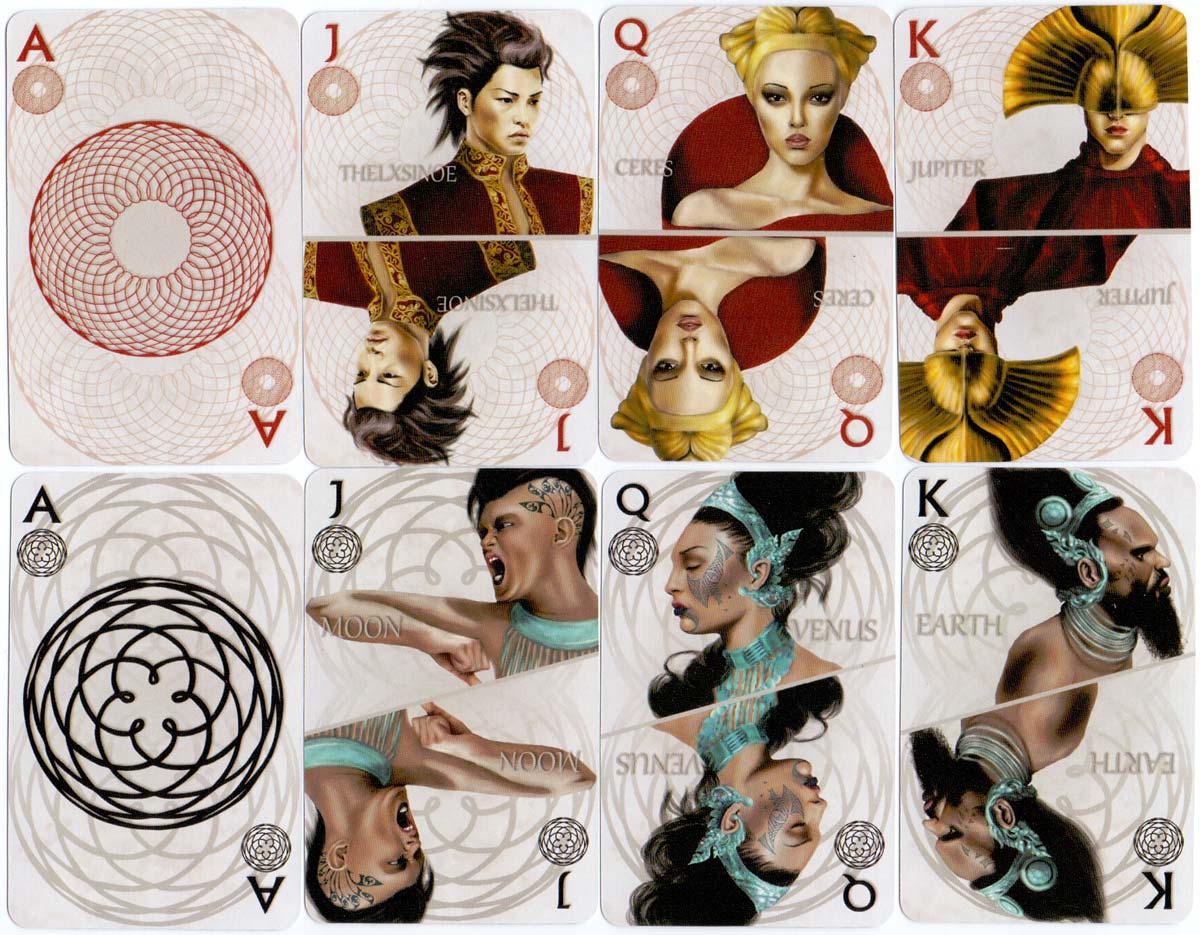 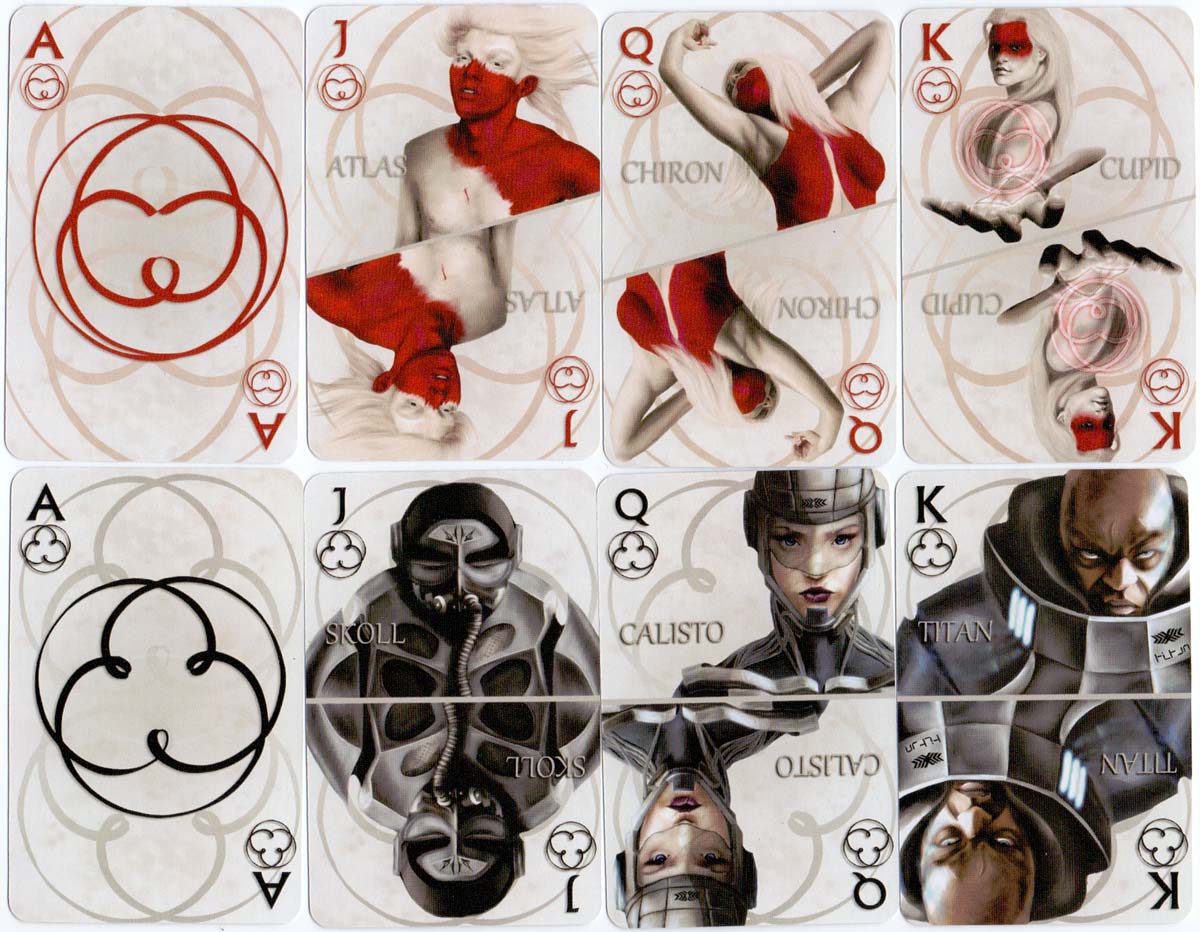 Above: Quantum playing cards designed by Catherine Geaney in 2010. 52 cards + 2 explanatory cards. The deck is available to purchase at www.etsy.com/shop/MisstaMonstaCards→