Irish Legendary playing cards featuring figures in the Legends of Ireland, designed by Rachel Arbuckle, 1990. The four suits represent the four provinces of Ireland and the Shield of each Province is illustrated on the Ace of each suit. The picture cards feature the Kings, Queens and Warriors of the province as in the Celtic legends. The Gaelic terms for these are used on the cards: Ri for King, Bean for the principal woman of the Province and Laoch for the Chief Warrior. The Gaelic Bard takes the place of the traditional Joker. Further details on the extra cards► 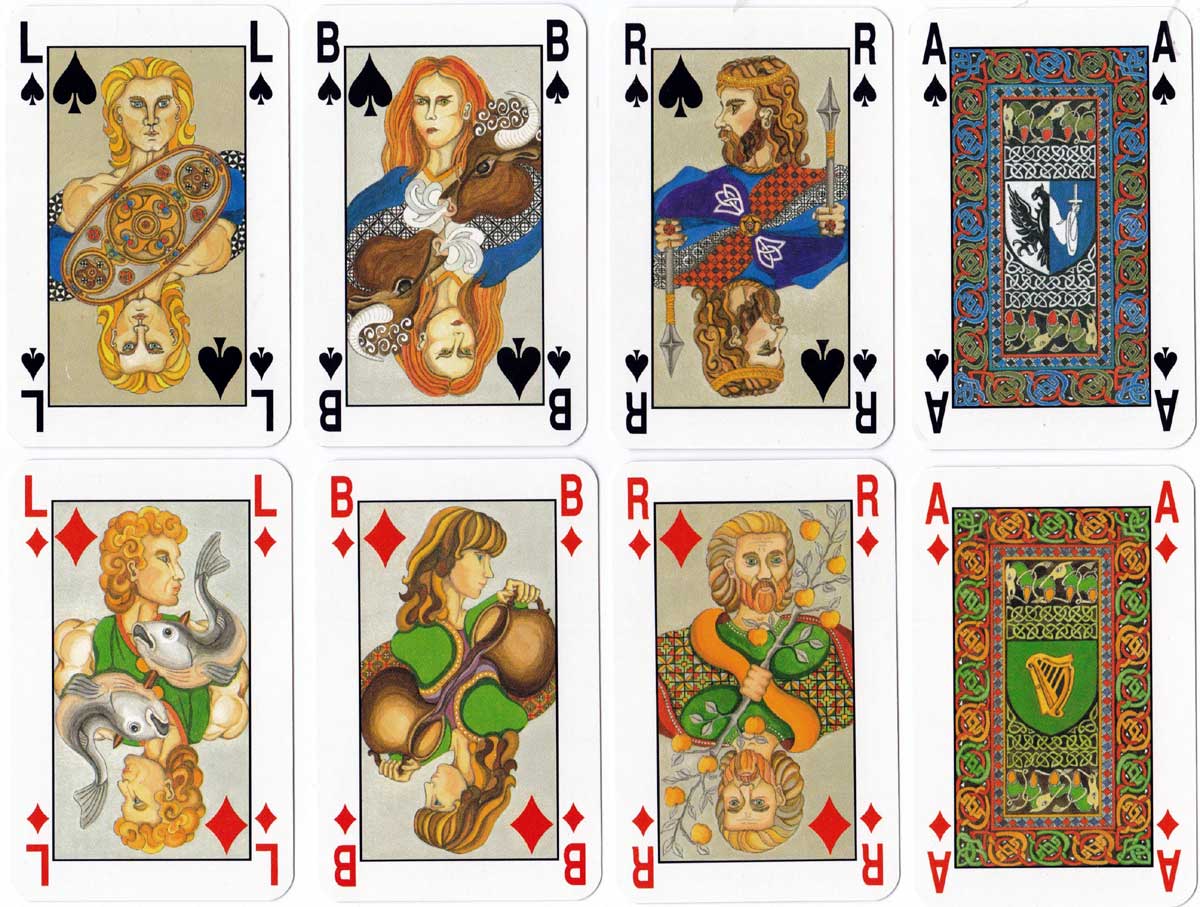 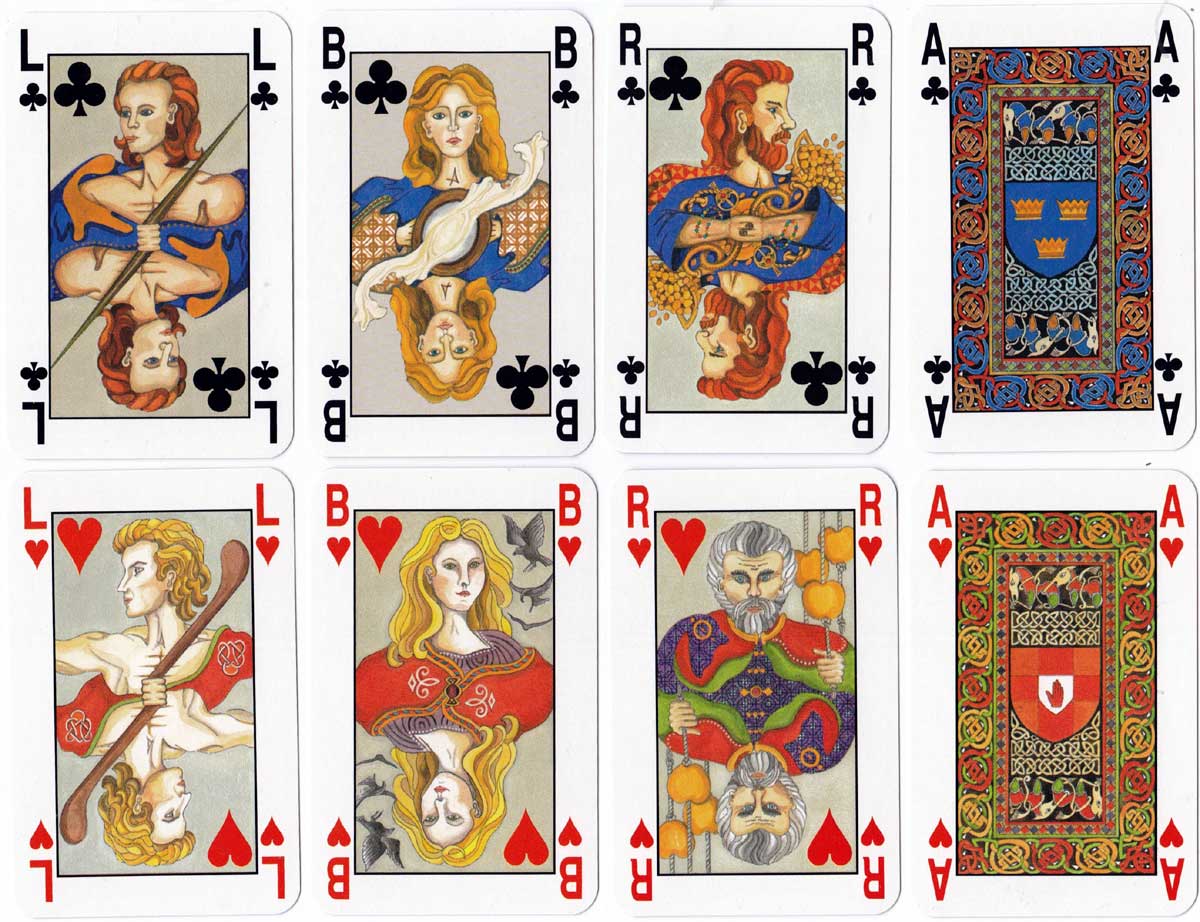 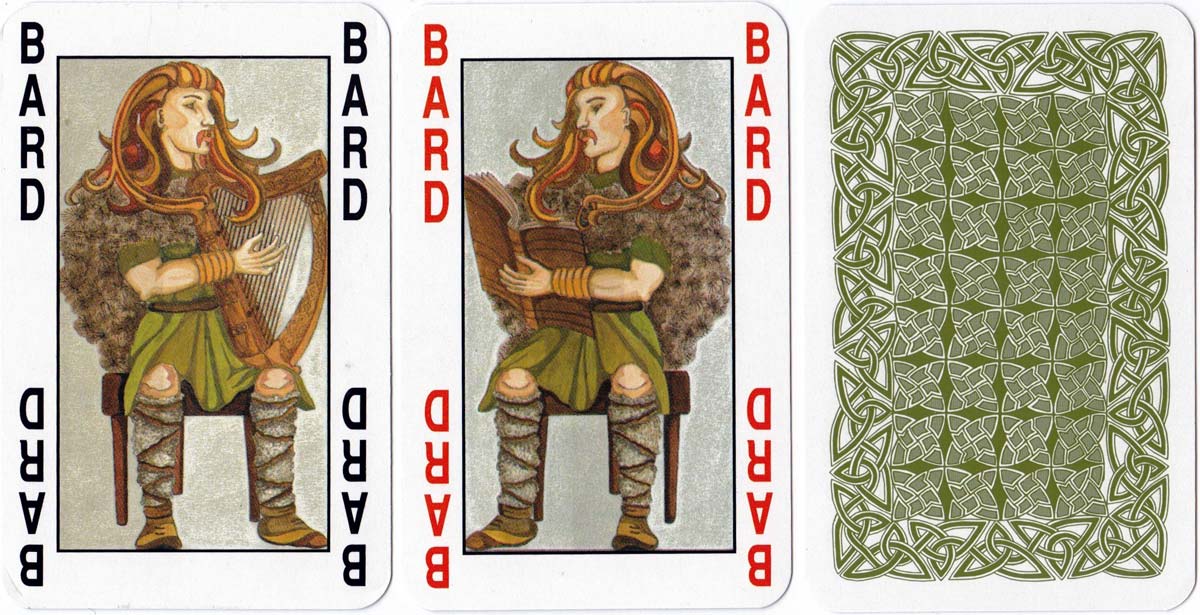