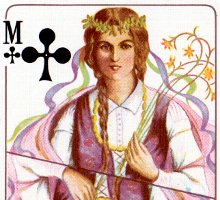 Kunigaikščiai (‘Dukes’) playing cards published by Spindulys Printing Co., Kaunas, Lithuania during the period c.1920-1940, depicting double-ended portraits of Grand Dukes of Lithuania with consorts and attendants. This deck was printed in two editions, as you can see according to the different aces. First issue (lower image) about 1920, the second about 1930. The Aces are embellished with line decorations. The King of Clubs depicts Vytautas the Great, revered as a national hero and an important figure in the national rebirth in the 19th century. 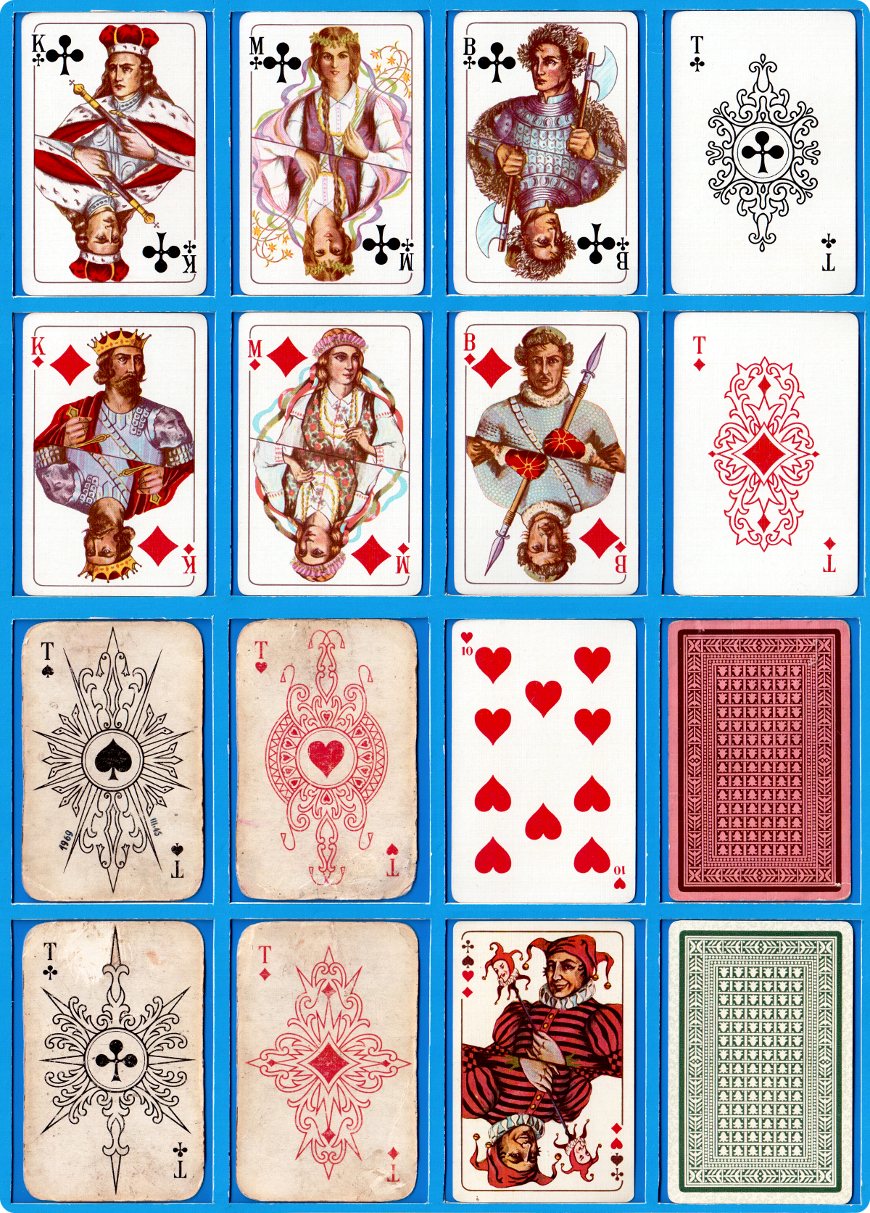