“Four Races” playing cards were designed by Latvian artist Vilnis Rasa in 1989, published by Jānis Mētra as “Latvijas Pasjansa” (Latvian Patience) and printed in Lithuania by Albinas Borisevicius at his “Orija” colour digital printing works in 2007. Re-printed as “Nensijas” in 2015. The suits are hearts, spades, clubs and diamonds, total 32 cards + 2 jokers + 2 extra cards. 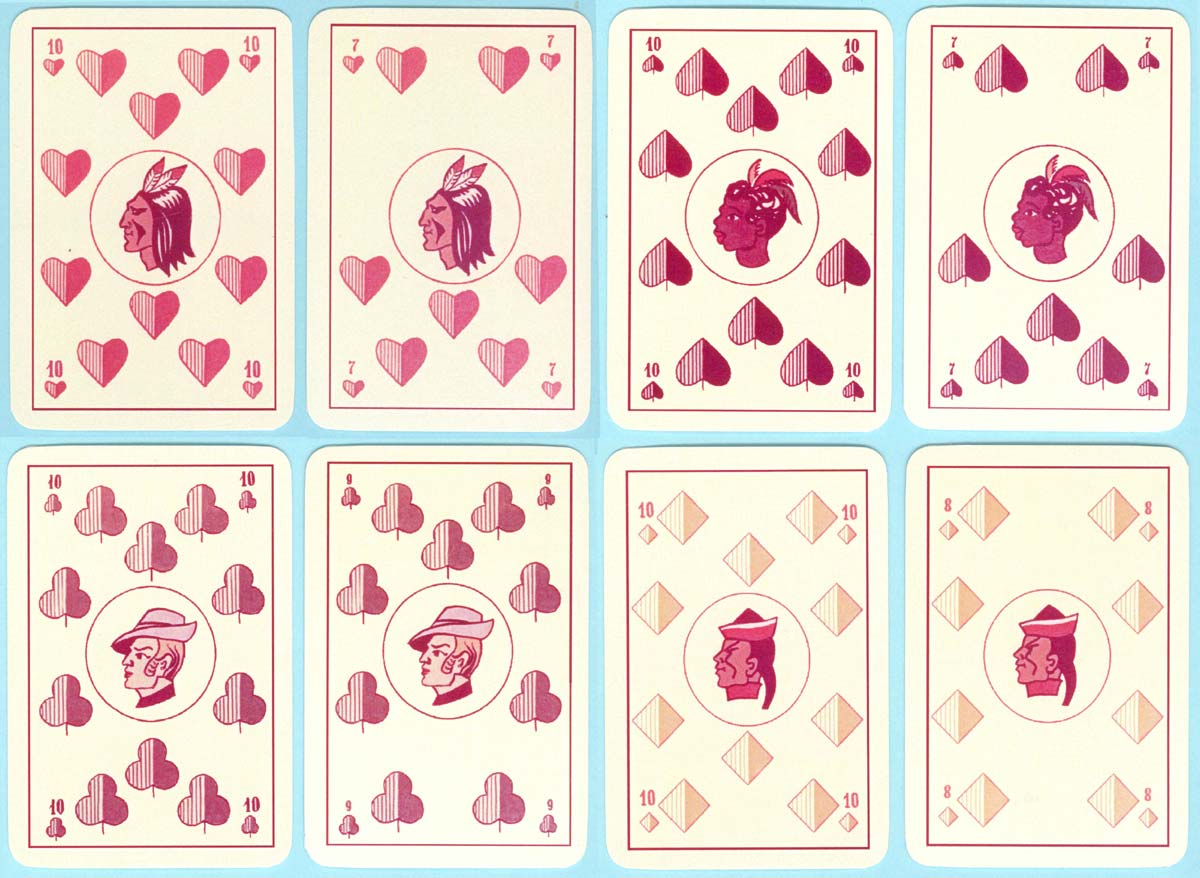 Jānis wrote: “Nensijas (Nancy) is a nickname for my younger sister Anna. She also is a good artist and I at first I had hoped that she would draw the cards, but for a long time she did nothing so I gave the idea to Vilnis Rasa, an artist from Kuldiga, and he drew them quickly.”