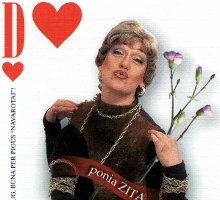 The political changes that occurred in Lithuania since the regaining of independence in 1990 exerted impact on all spheres, media system included. Thus, censorship was lifted and state ownership of media was abolished. In Lithuania, the liberation of the print media began in the 1990s when the government discreetly agreed to stop interfering with the media. Lithuania first entered the EuroVision Song Contest in 1994. 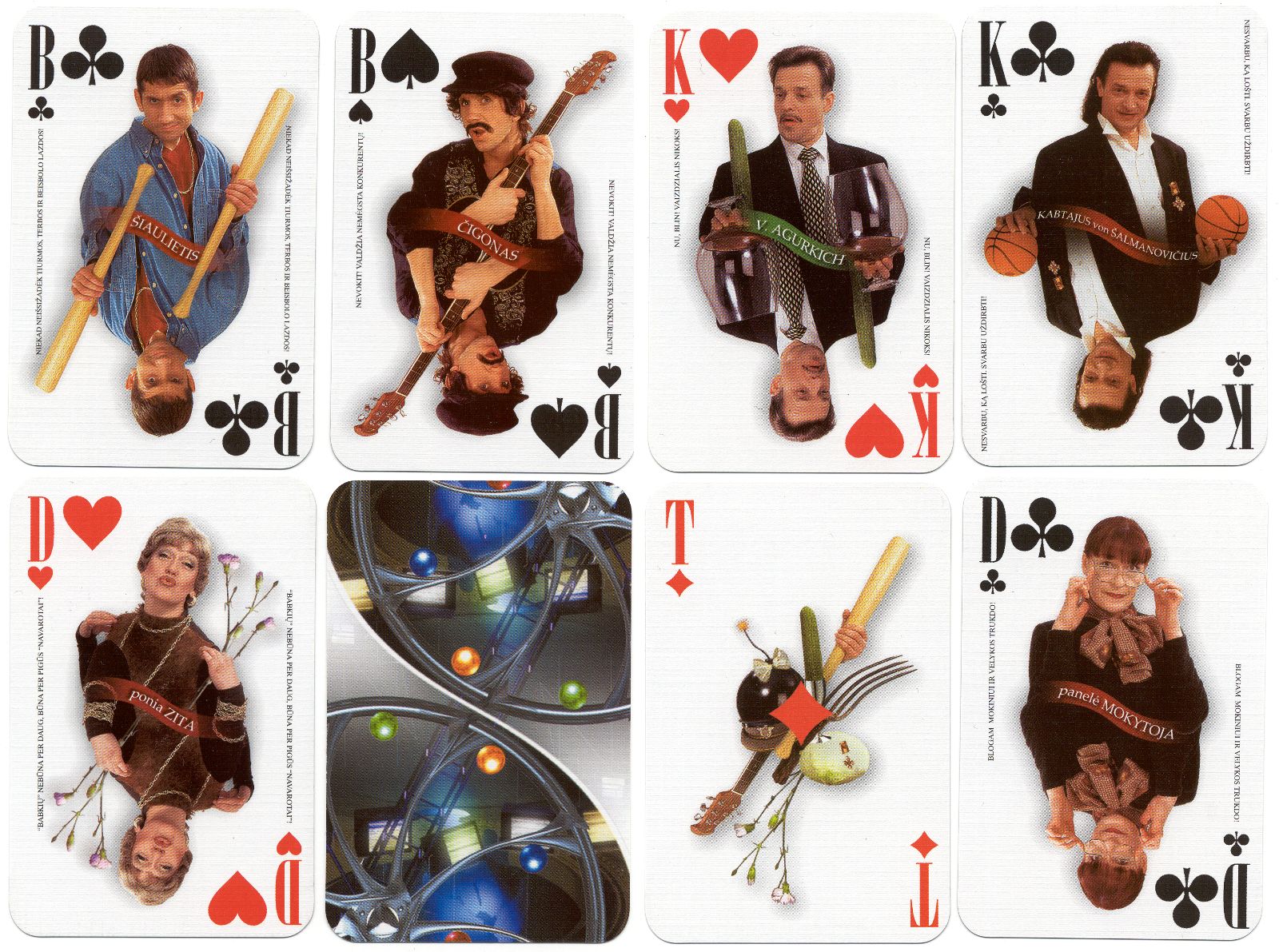 Above: 7 cards and the back design from the 'Dviracio Kortos' pack, based on 'Dviracio Zynios' ('The Bicycle's News'), a popular Lithuanian TV comedy show, in which actors satirize the vices and follies of modern society. The double-ended courts show photographs of actors holding non-traditional symbols of office, such as cucumbers, baseball bats or guitars, and posing in comic attitudes. The cards are designed by Jurgitos Brazuinienses and are linen finished with a colourful back design taken from the TV stage set.

Packs are available from:

Albinas says: “About card's history in Lithuania - there is very little information. I know of only 5 other Lithuanian packs since 1990. Most of the older packs, were destroyed in the war. About old cards (till 1940) - there are only 6 packs I know of in Lithuania which, of course, are very scarce.”