Printed by Hijos de Heraclio Fournier, Vitoria, published by Patronato Nacional de Turismo for the French-speaking tourist market. 52 cards + joker in mock snakeskin box. The photographs are tinted in different colours for each suit. The four of clubs has the exportation tax stamp which was used from c.1932. This tax stamp and the reverse shows the mural crown and the legend "Républica Española" along with medieval buildings. At this time Spain had fallen behind in terms of progress and modernisation was an important objective. These cards present Spain as a land of rich cultural heritage full of magnificent ruins, cathedrals, castles and monuments. There are no allusions to bullfighting, flamenco or bikini-wearing women on beaches which became the popular image later on. 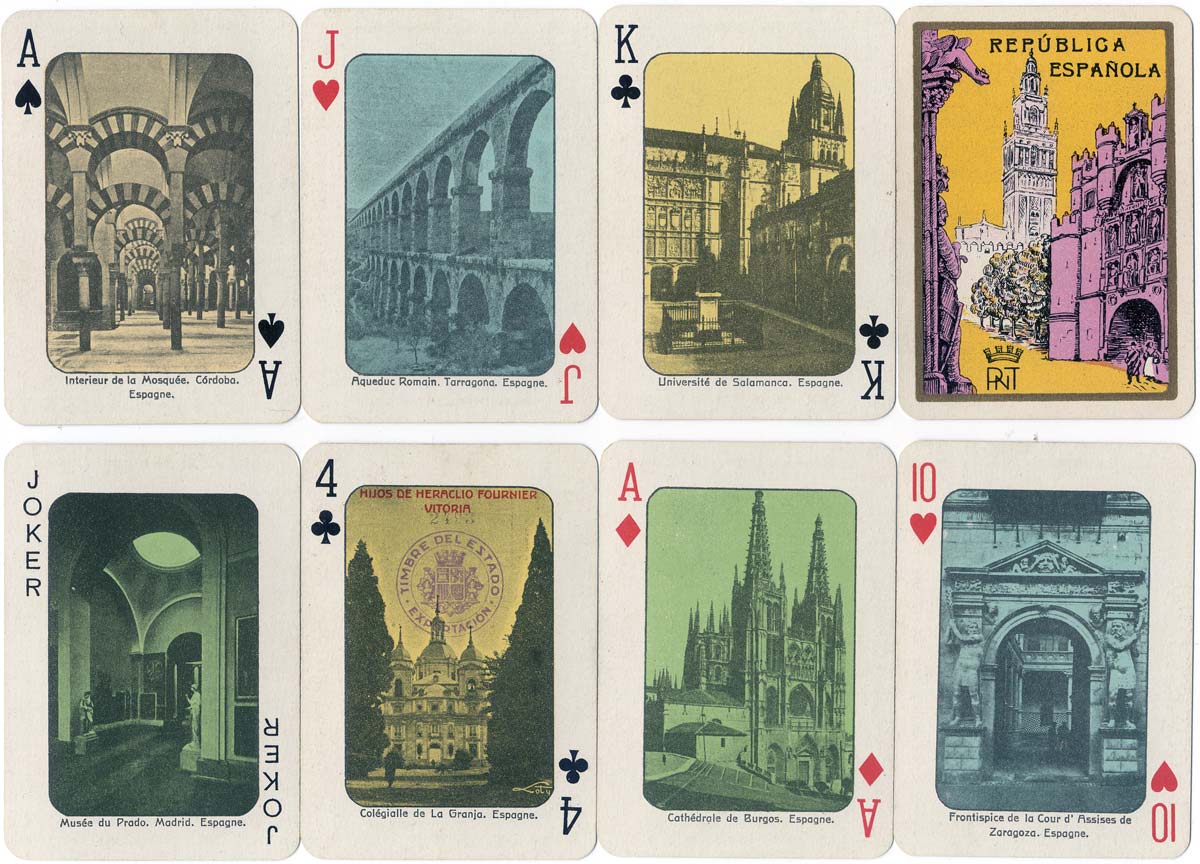 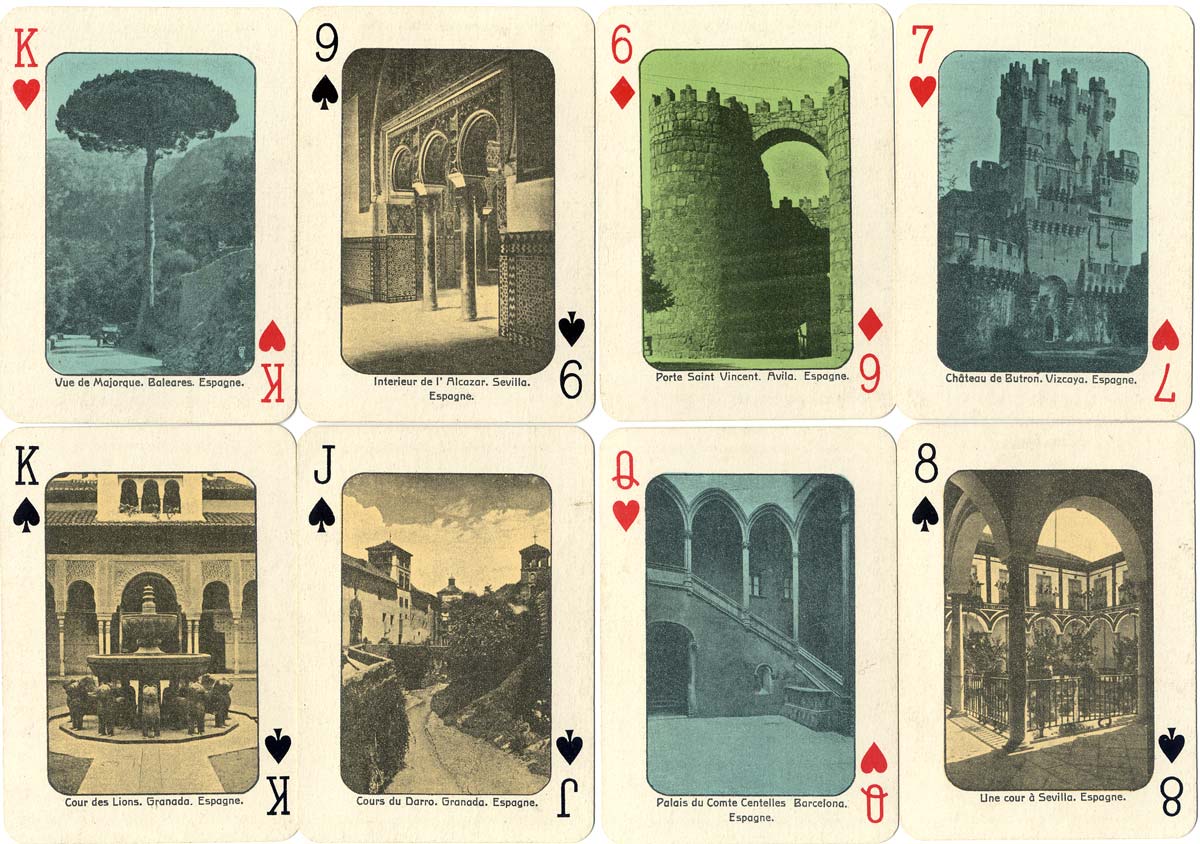