Cadiz pattern pack manufactured by Federico Hidalgo (Barcelona, 1897-1899), including exhibition medals, legends and the well-known 'El Leon' trade mark. The ace of coins shows a trade mark lion with two hemispheres and a sun. The cards are preserved inside a leather pouch with the legend ‘Atlanta’, suggesting the 1895 Cotton States and International Exposition whose goals were to foster trade between southern states and South American nations as well as to show the products and facilities of the region to the rest of the nation and to Europe. 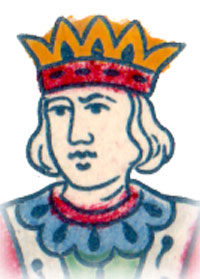 The demand in Spanish-speaking and ex-colonial countries for such cards, for use in casinos and at home, was attractive not only to Spanish manufacturers, but also to Belgian, French and American makers who regularly produced cards for the Philippines, North Africa and Latin & South American nations where there was no playing card manufacturing industry. 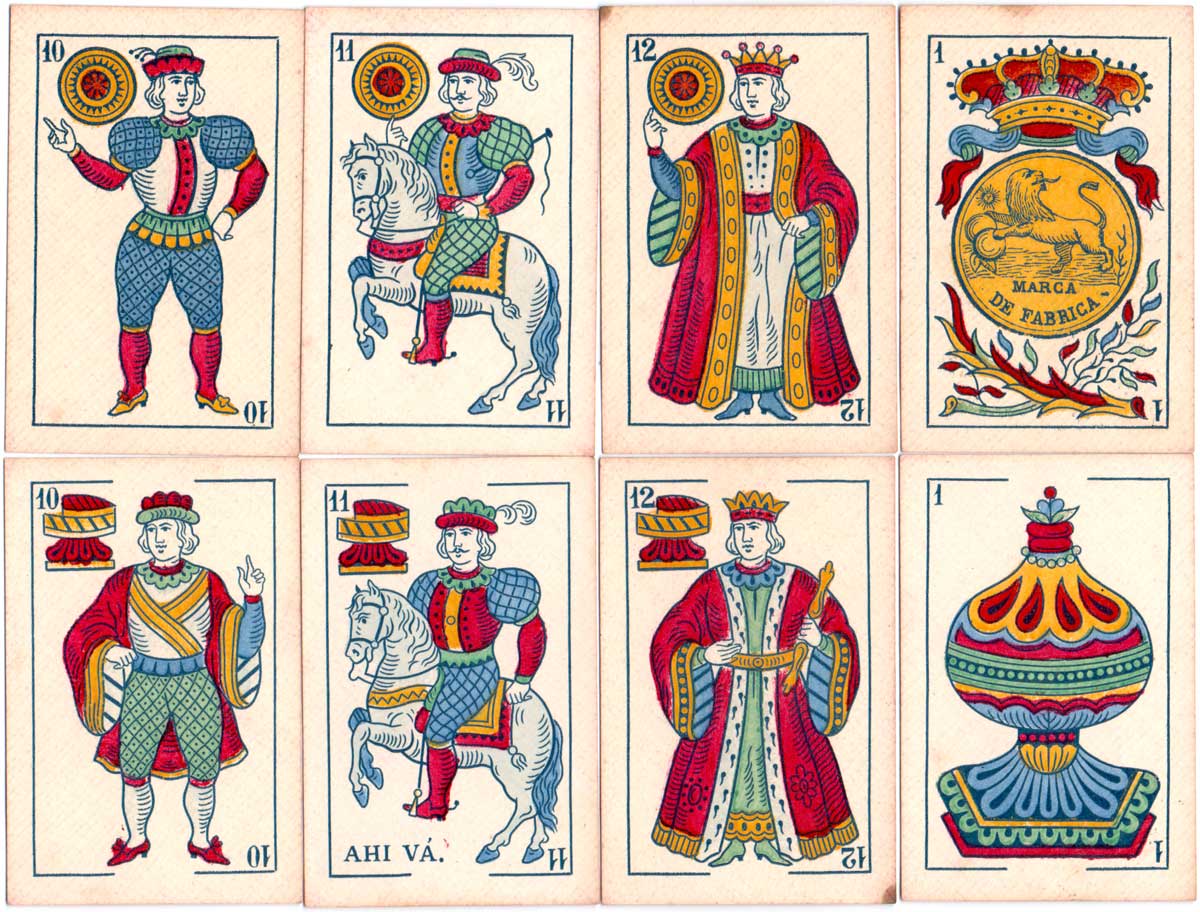 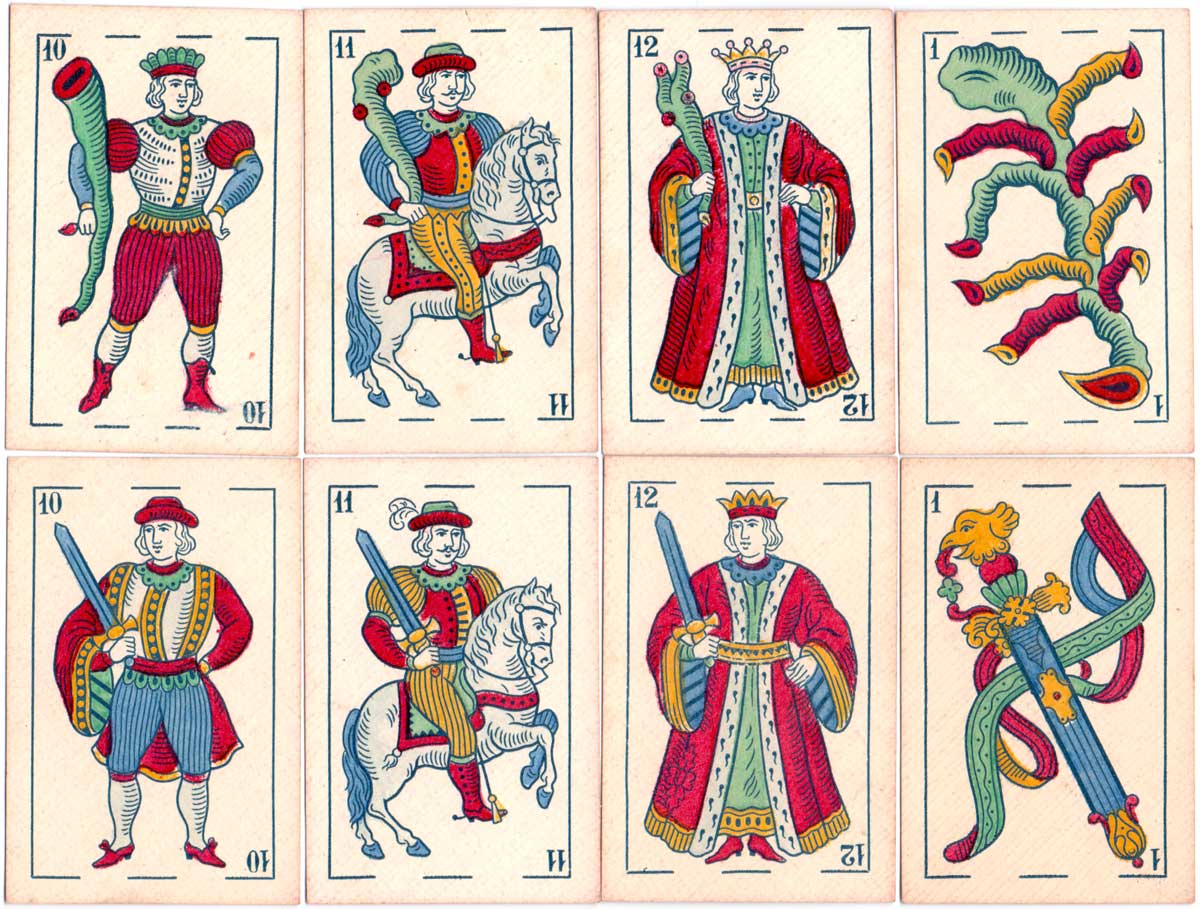 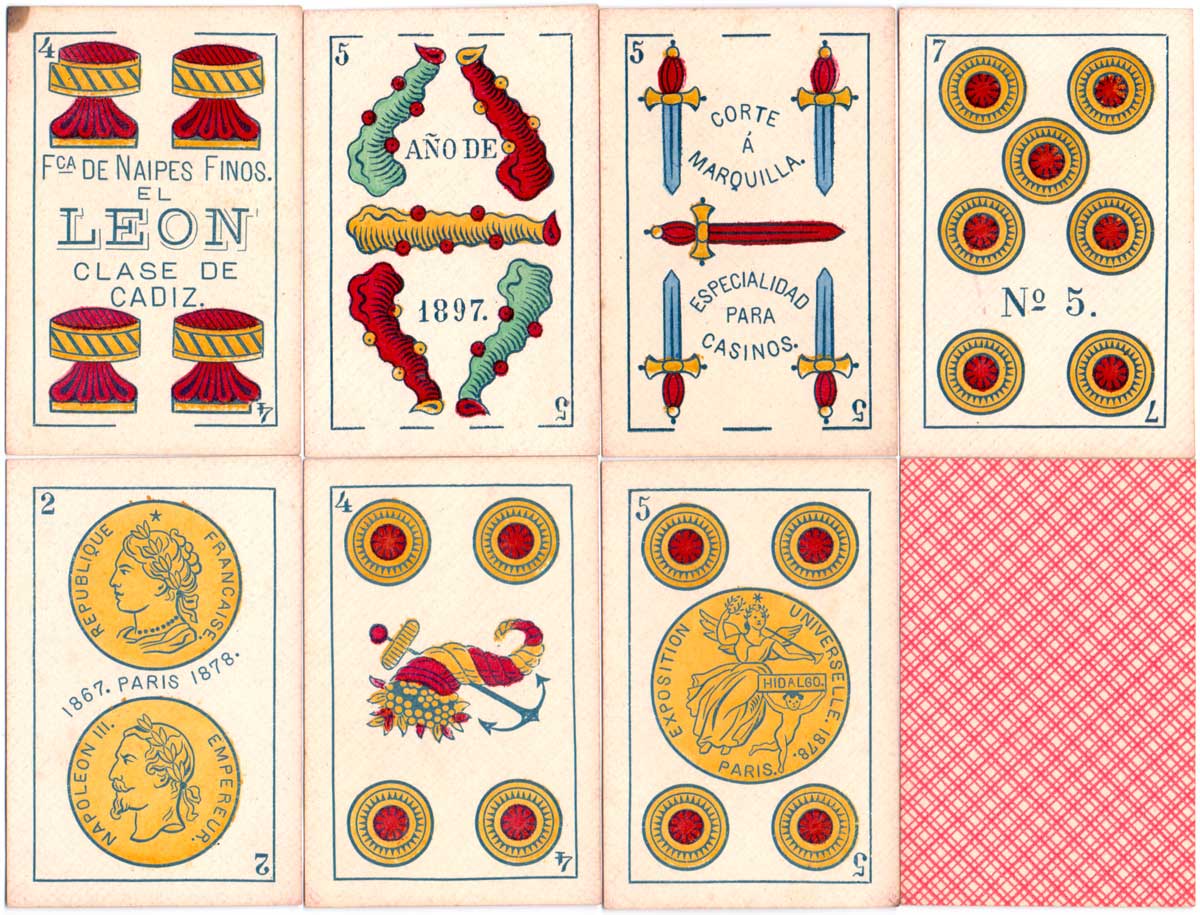 Above: cards from a traditional Spanish Cádiz-style playing cards manufactured by Federico Hidalgo (Barcelona, 1897-1899). The designs are copied from Simeón Durá, 1888, who in turn had copied the designs from Segundo de Olea Lepiani. 48 cards, square corners, printed by letterpress and hand-coloured with stencils. 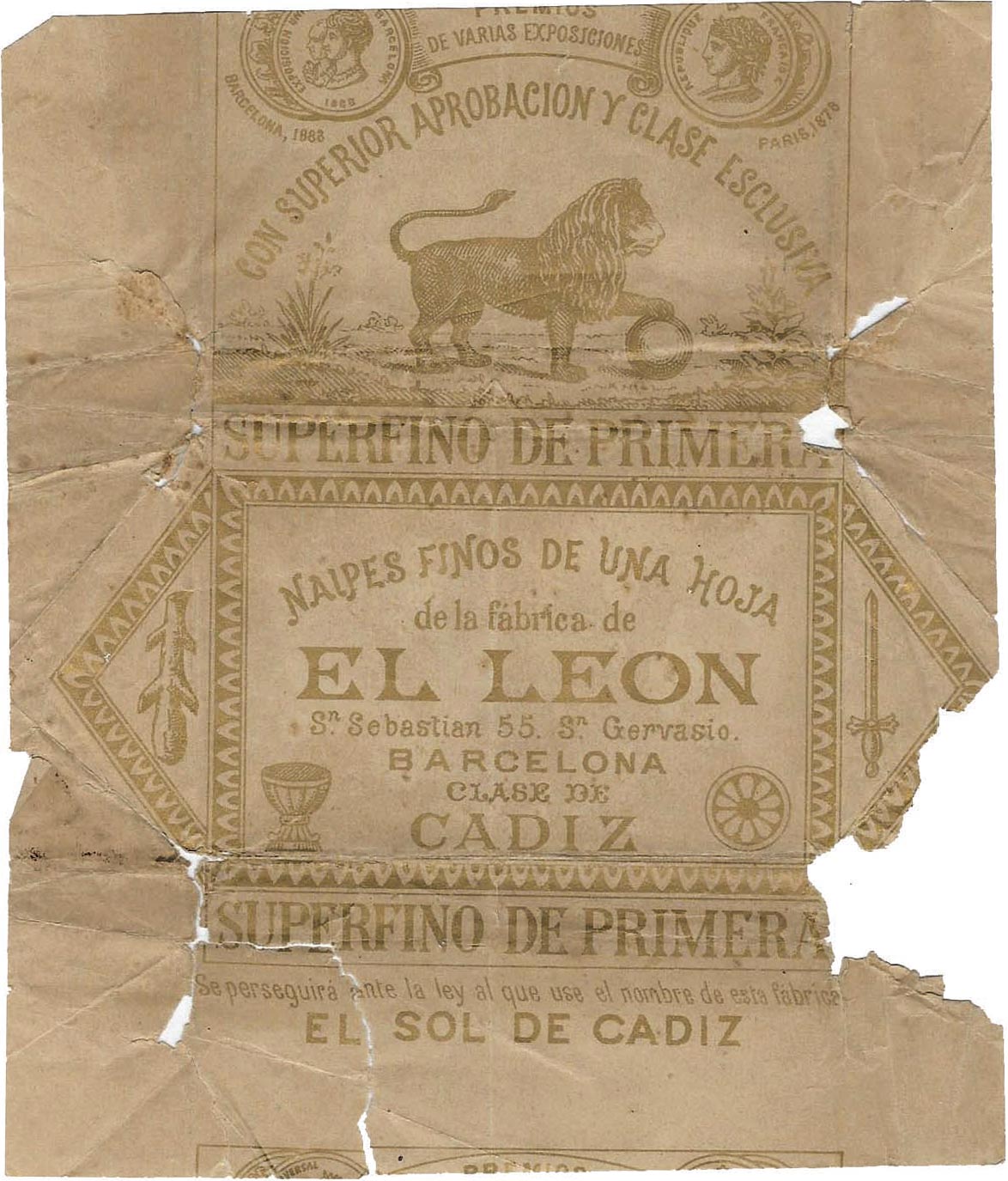 Above: the wrapper from the above pack. Courtesy Alberto Pérez.

Thanks to Alberto Pérez González for help with identification.