Navarra pattern produced for the Pamplona General Hospital Monopoly by Pedro Varangot, whose name or initials appear on several cards, dated 1786. The ace and two of coins, and the four of cups, feature the coat of arms of the kingdom of Navarra (not that of Spain) whilst the ace has the inscription: CON LICENCIA DEL REINO. The designs are archaic, having been imitated by the woodcutter from earlier specimens rather than drawn afresh, possibly due to the requirements of the contractual agreement with the Hospital. The ace of swords sports a naked figure, which according to the poet Francisco de Luque Fajardo, is an admonishment against immorality and gaming! 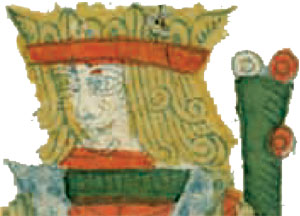 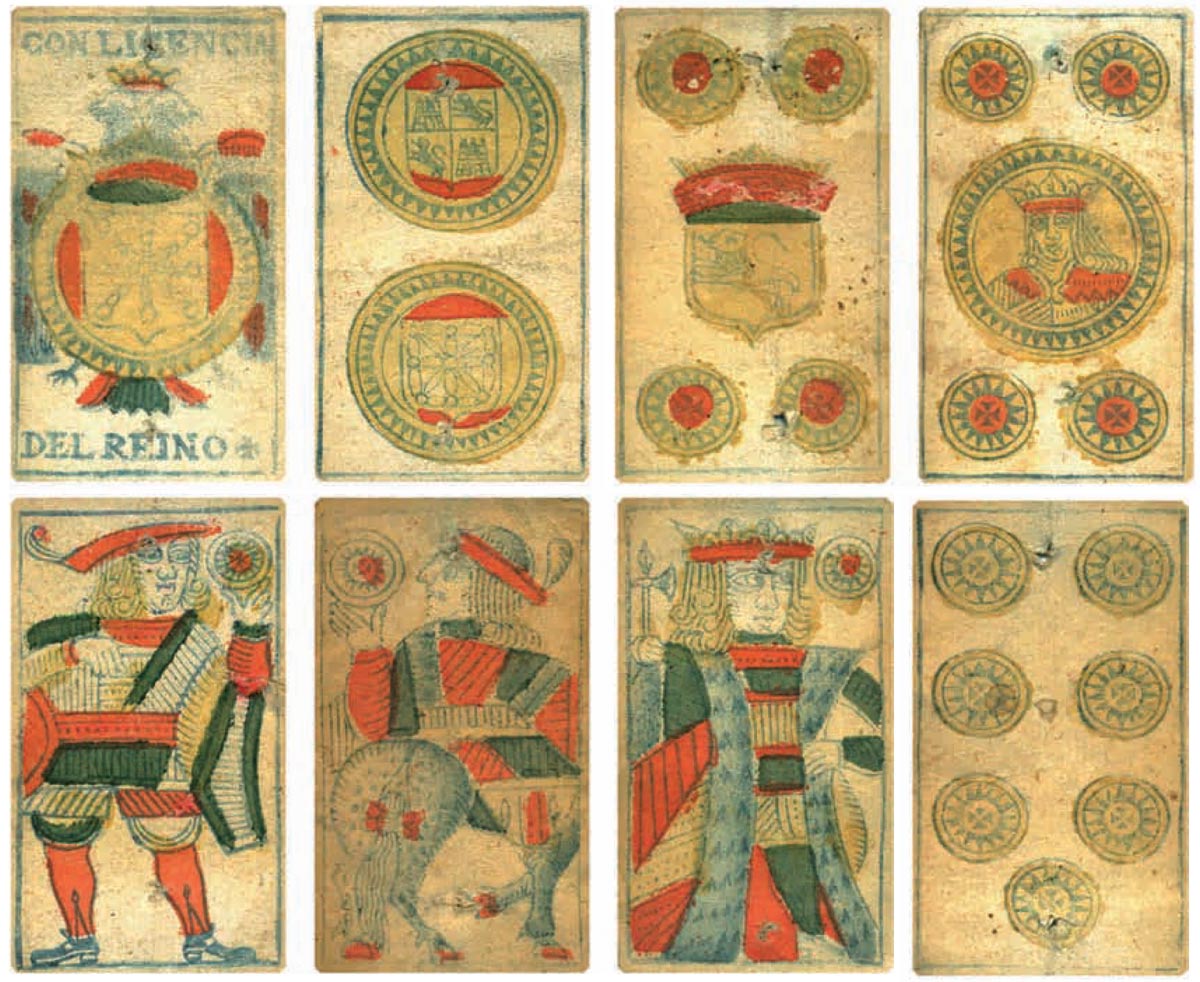 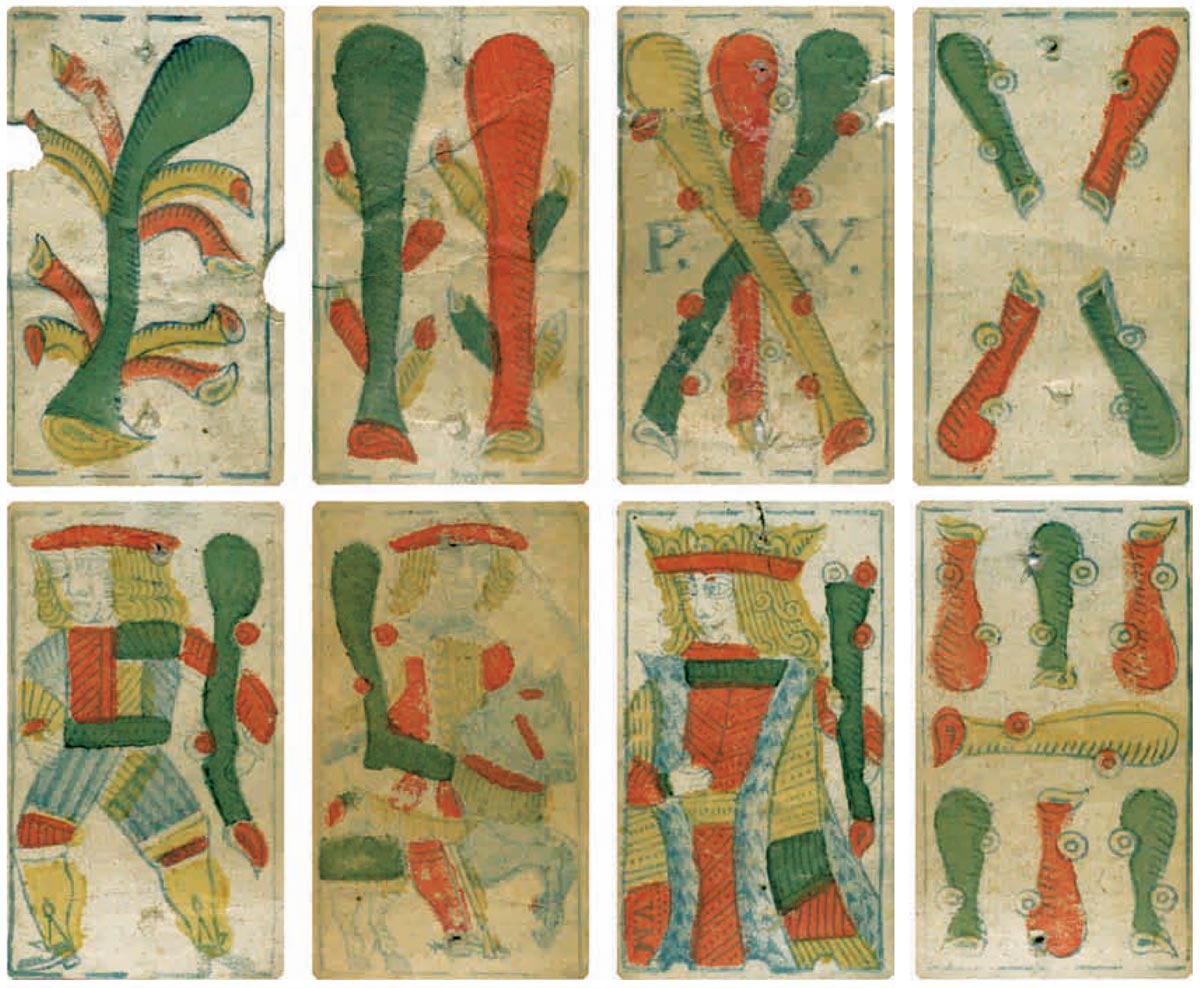 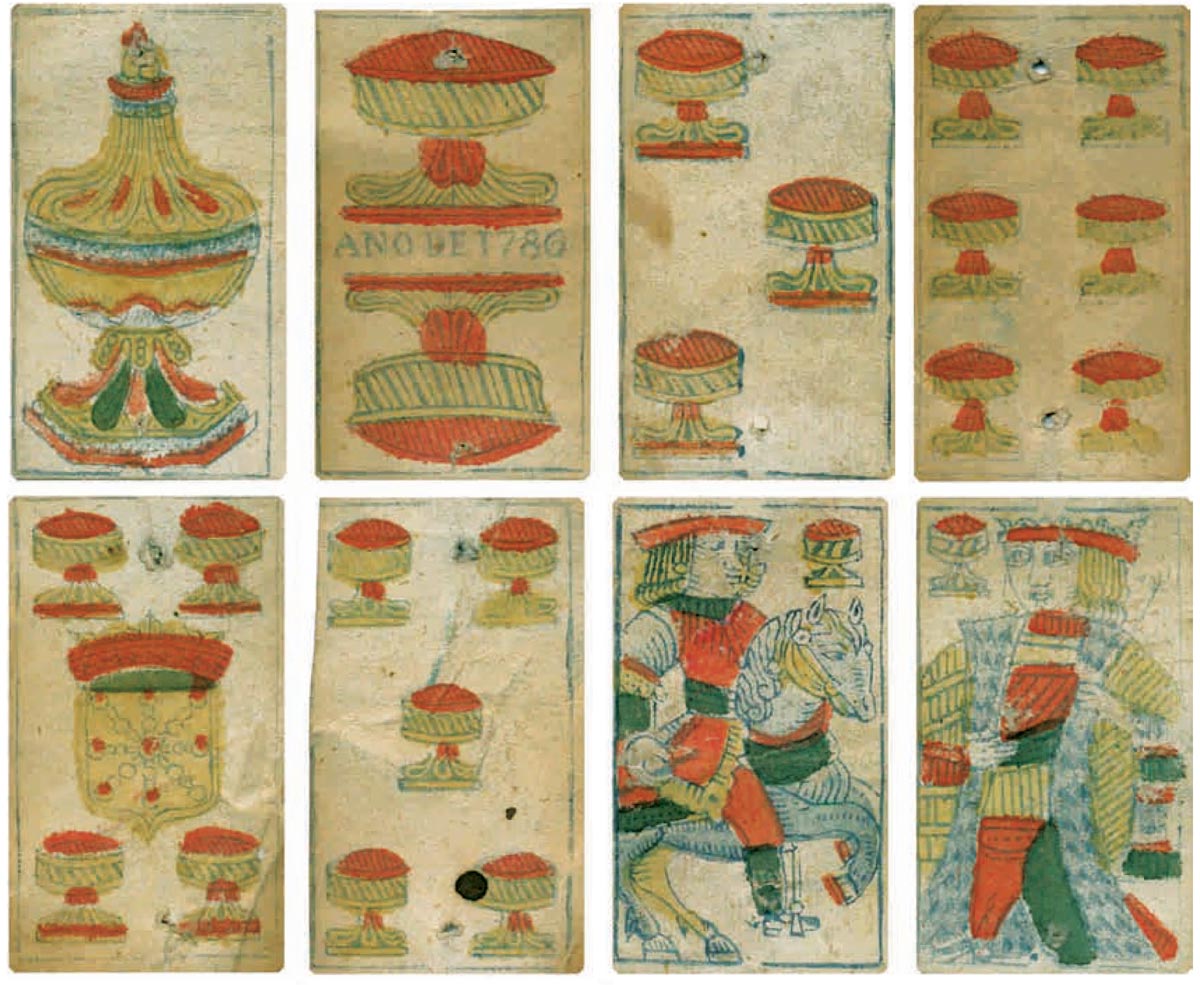 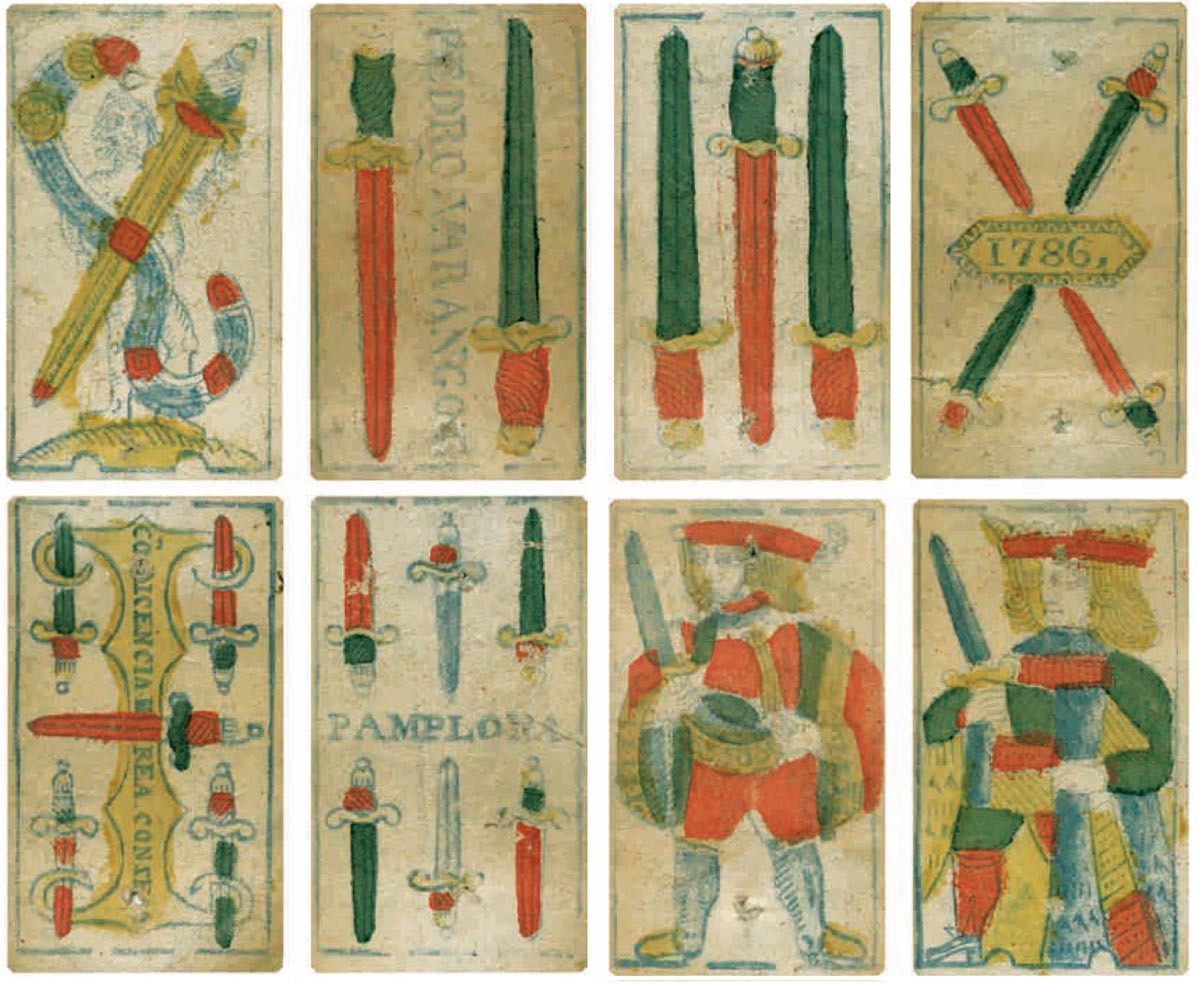 Above: Navarra Pattern produced for the Pamplona General Hospital Monopoly by Pedro Varangot in 1786, possibly made in France (Bayonne). Woodblock prints in blue ink with stencil colouring in red, blue, yellow and green. The cards have the ‘pintas’ (border breaks) usually found in Spanish playing cards. The king of clubs has the initials V.M. which may be those of the woodcutter. The backs are plain (uncoloured). 48 cards, size: 49 x 80 mm. The cards have been re-used for a secondary purpose and contain handwritten text on the reverse. From the collection of Martín Pedro Marcos González.