This deck has 52 etched and hand-coloured cards with full-length court cards featuring satirical caricatures of political figures then in the ascendant. For example, the knave of spades features the politician and historian Vicomte de Chateaubriand dressed in clerical costume (see caption below). A second set of court cards was published relating to the major theatres in Paris but having the same number cards. 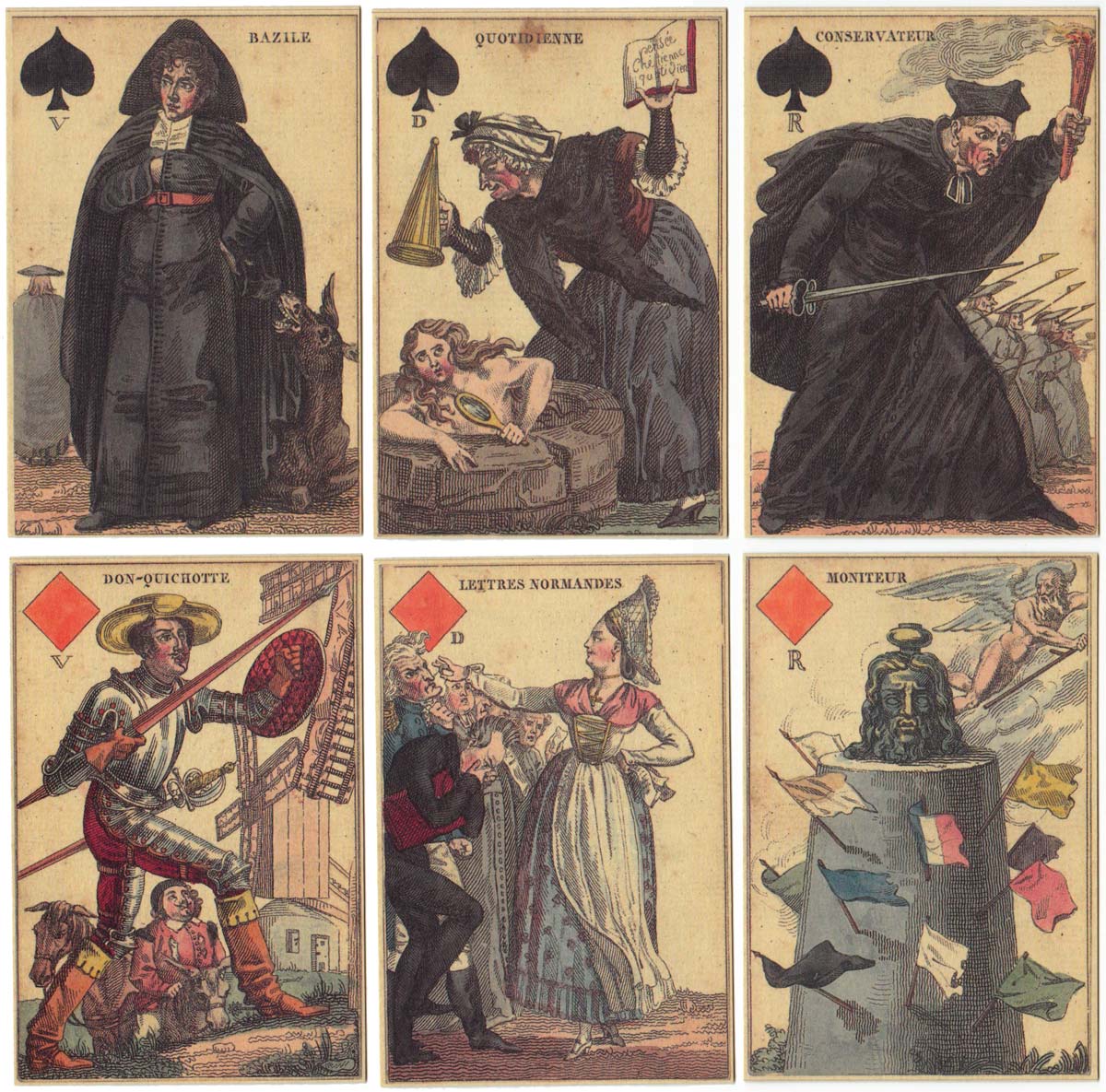 Above: the suit of spades represents a figure of Chateaubriand as Bazile in clerical costume as the knave, concealing a Jesuit's cap under his robe and with a braying ass beside him; the queen of spades is Quotidienne, an old woman holding a book inscribed “Pensée Chrétienne quotidienne” ready to clap an extinguisher on truth emerging from the well; the king of spades is depicted as Conservateur, a Jesuit with a sword in one hand and a torch in the other. The suit of diamonds features Don Quichotte as the knave with a lance and shield attacking a windmill; the Queen is Lettres Normandes and the king is a brazen head on a pedestal with flags of various political parties and the title ‘Moniteur’. 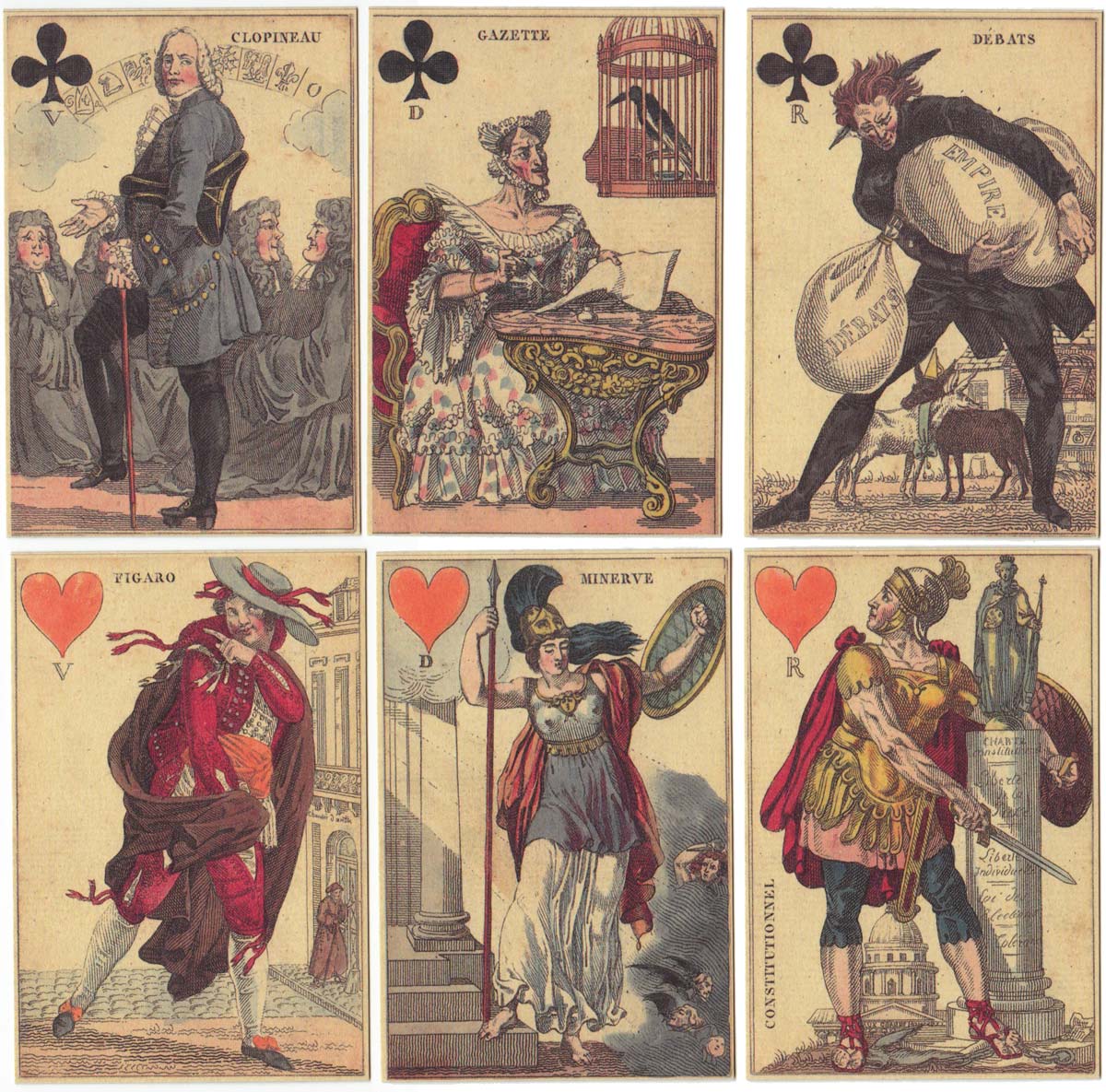 Above: “Cartes à Rire”, Paris, 1819, Subtitled “des théâtres et des journaux”. The knave of clubs depicts Talleyrand as ‘Clopineau’ with political zodiac signs at the top; the queen is ‘Gazette’ and the King of clubs is ‘Débats’ showing the editor carrying two large bags inscribed Débats and Empire with two asses in the background. The court cards from the suit of hearts are figures representing three popular journals: ‘Figaro’, ‘Minerve’ and ‘Constitutionnel’. Minerva is shown subduing certain evil spirits. The column which the king is defending is inscribed “Charte constitutionnel. Liberté de la Presse. Liberté Individuelle. Loi des Elections. Tolérance.” Cards from the facsimile edition using the journalism courts, originally titled "Jeu des Journaux", made in Italy by Il Meneghello and distributed/published in the United States by Cavallini & Co. Images courtesy Rex Pitts.

Original cards can be viewed on the Bibliothèque Nationale de France website here and here.