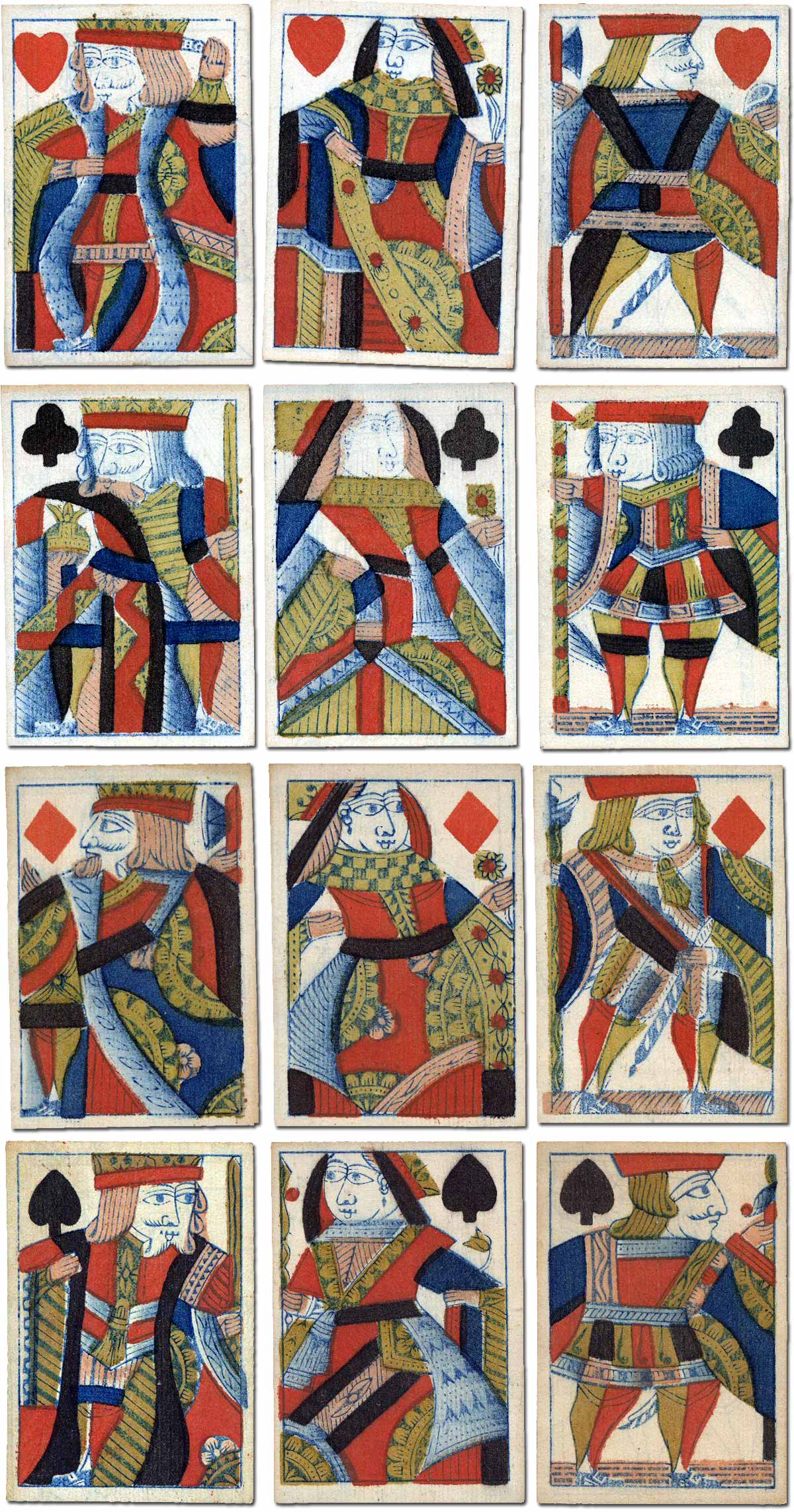 Above: Hall & Son George III garter duty aces of spades, each with one shilling and sixpence duty and their respective die numbers, c.1810.

◄ Left: Hall & Bancks outer playing card wrapper for the "The Great Mogul" brand made at their No.15 Piccadilly, London premises, c.1823. The wrapper bears the inscription "CARD MAKERS TO HIS MAJESTY THEIR R.H THE PRINCESS DUKE & DUCHESS OF GLOUCESTER AND PRINCE LEOPOLD".