Fred Basset card game was published by Pepys Games in 1977 based on the cartoon strip by Scottish cartoonist Alexander S. Graham (1917–1991) which was first published in the Daily Mail on 8 July 1963. The object of the card game is to make pairs of matching cards but there is only one ‘Fred’ card... See the Rules►   See the Box► 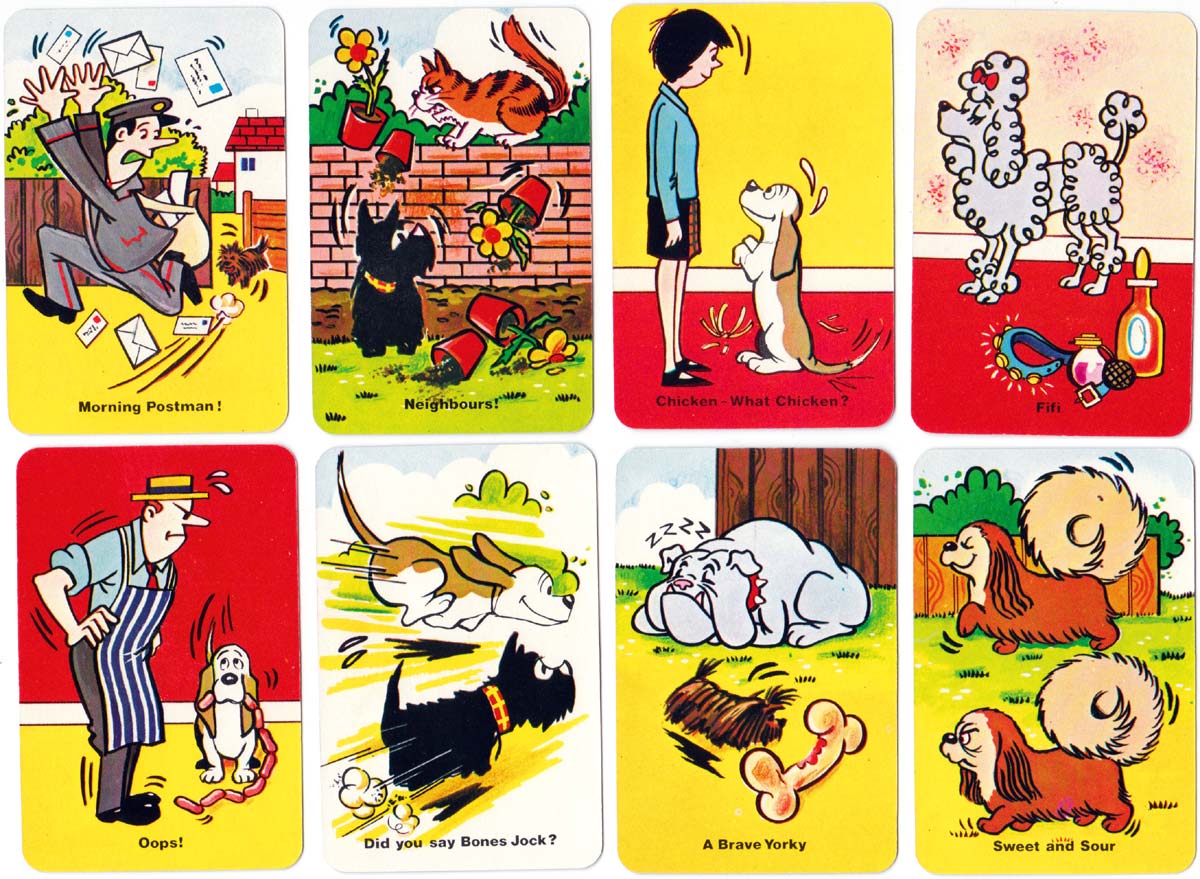 In 1960 Nancy Collins, the wife of Kenneth Collins the MD of Castell Brothers, became MD of E J Larby when the owner Earnest Larby retired. He sold E J Larby to Kenneth and Nancy Collins and the offices were combined with those of Castell Brothers Ltd. The companies were merged to form Castell Larby. In 1973 anticipating his retirement, the company was sold to Graphics Publicity Ltd with Kenneth staying on for two more years. The company was sold again in 1977 not doing very well. The buyer was T J & J Smith Ltd who produced Dataday diaries and were a competitor with Pepys in that market. After huge losses 2 years running the company was closed and remained moribund until it was finally disassociated in 1983. At that point H P Gibson acquired the existing range of games in 1984. They still produce a few of them today.