Early in 1940 Pepys issued Gulliver’s Travels, which was anonymous but registered to Castell Bros in March 1940. This was based on the full length technicolor cartoon film Gulliver’s Travels produced and directed by Max and Dave Fleischer for Paramount Studios. There are 44 cards in the pack each bearing a word. The aim is to make sentences. The first player plays a noun, and so on until a sentence might read: “Princess Glory and Prince David are sweethearts”. See the Box► 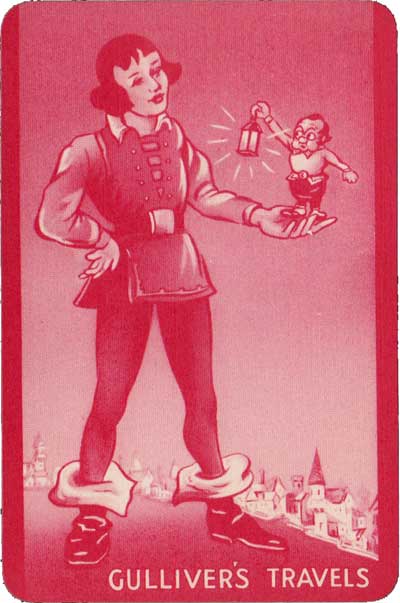 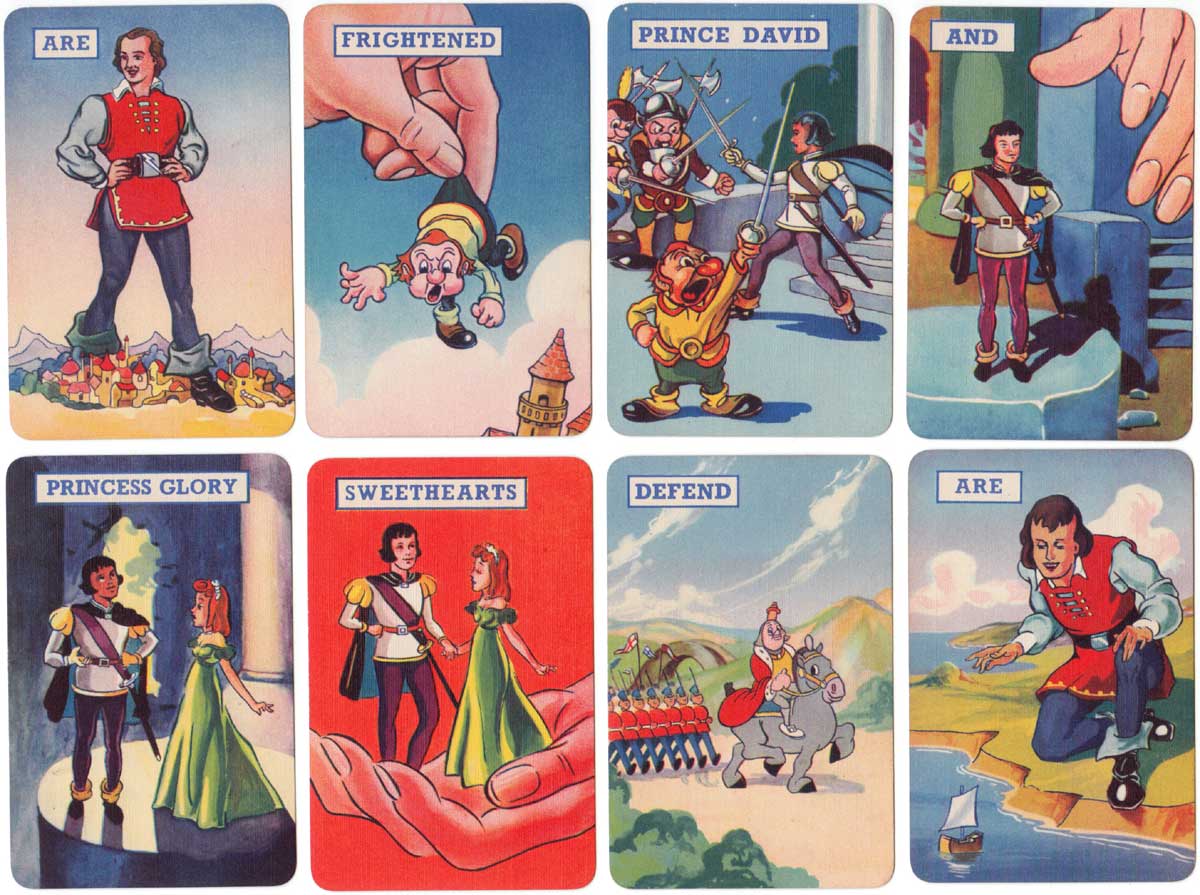 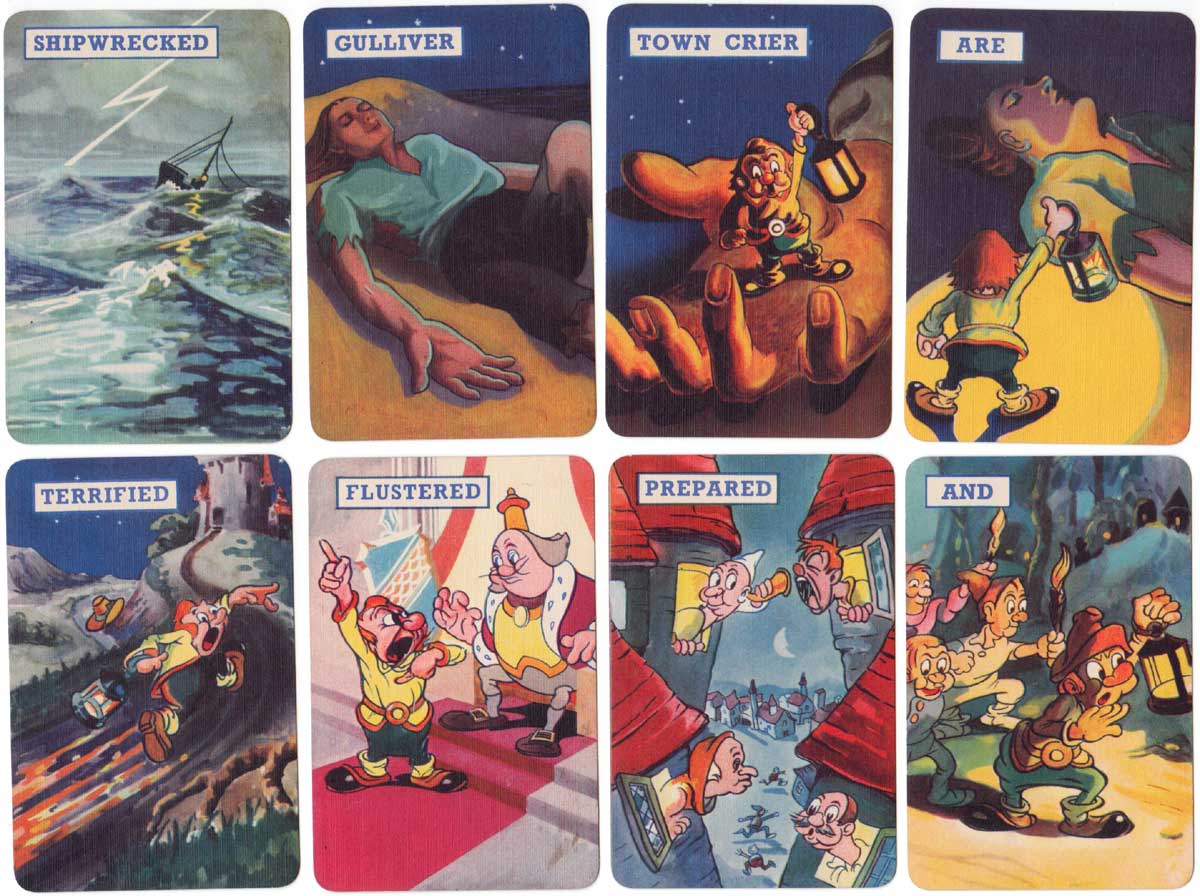 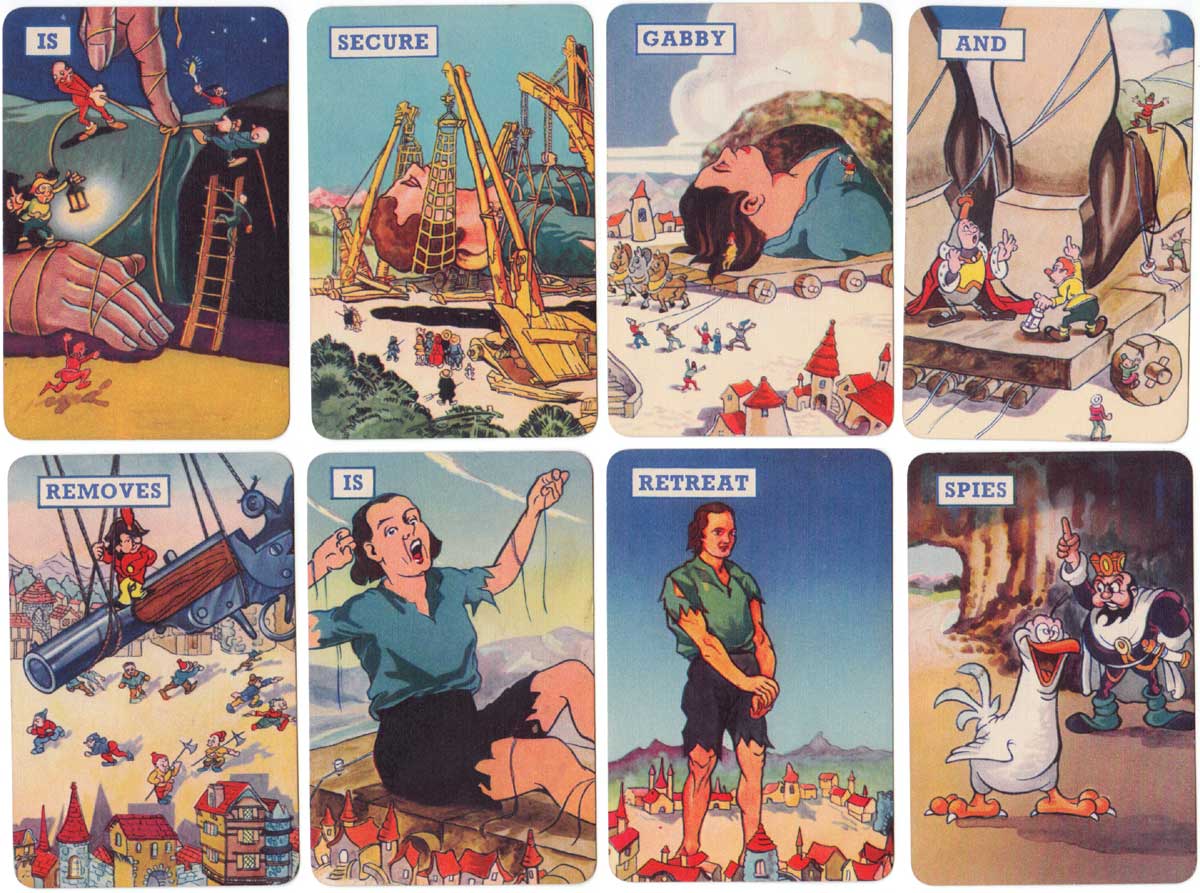 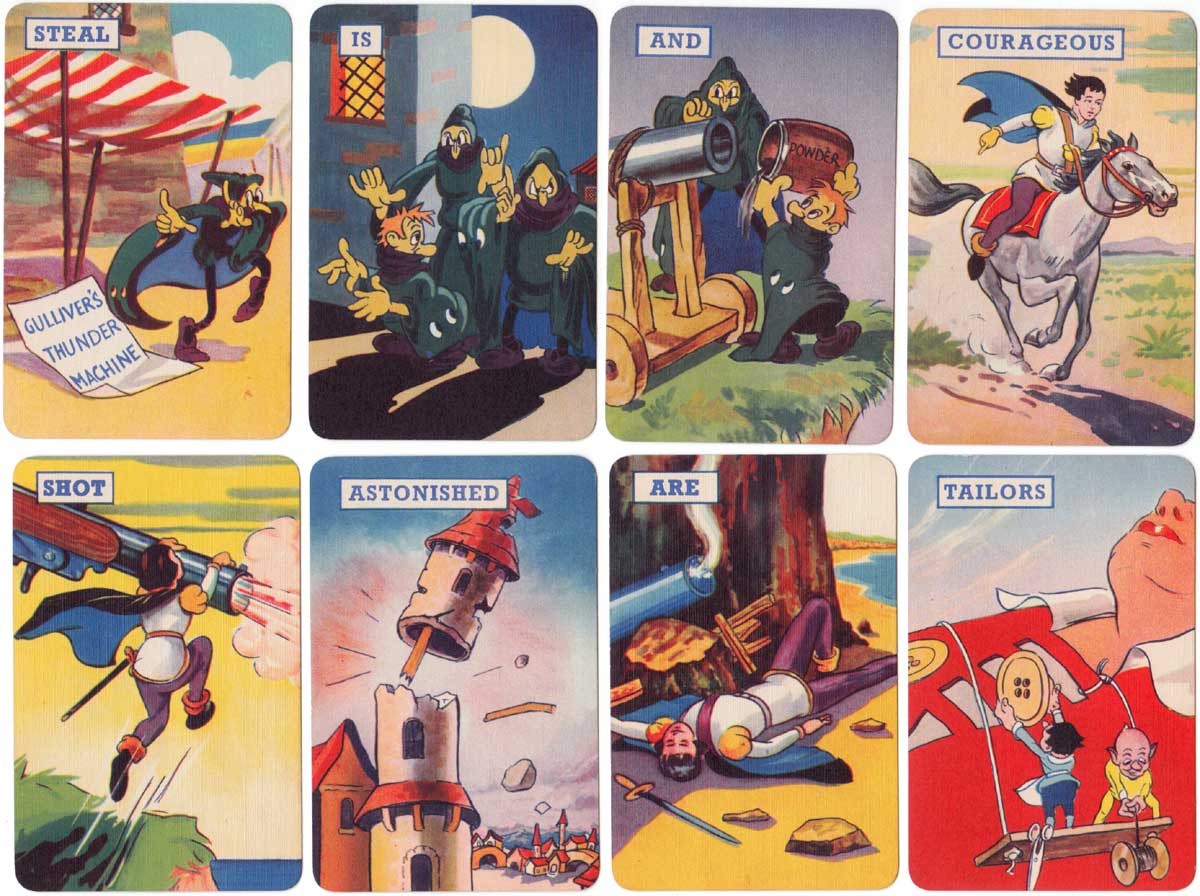 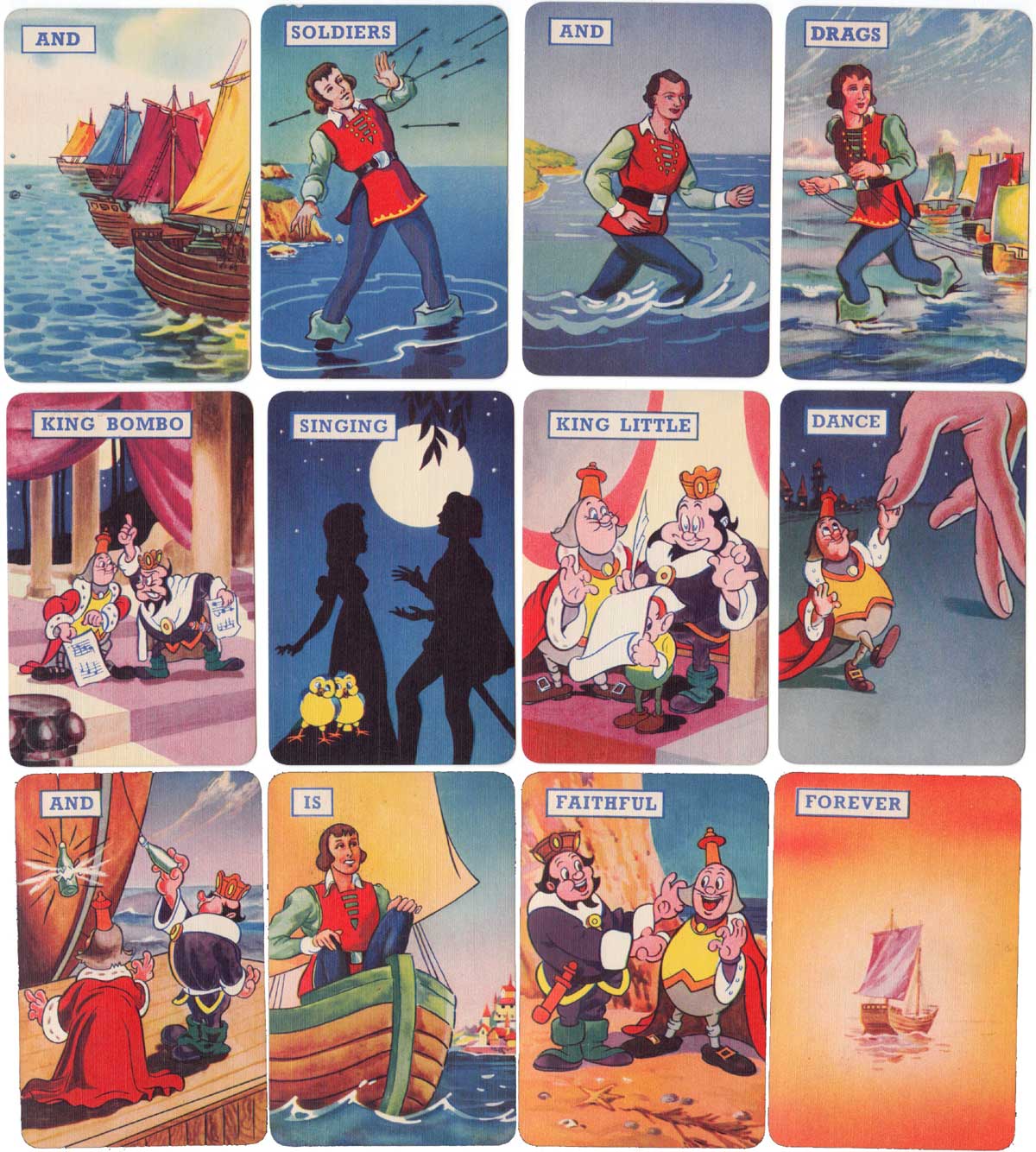 Above: Gulliver’s Travels by Pepys Games, based on the cartoon film, 1940. 44 cards in box + rules leaflet. 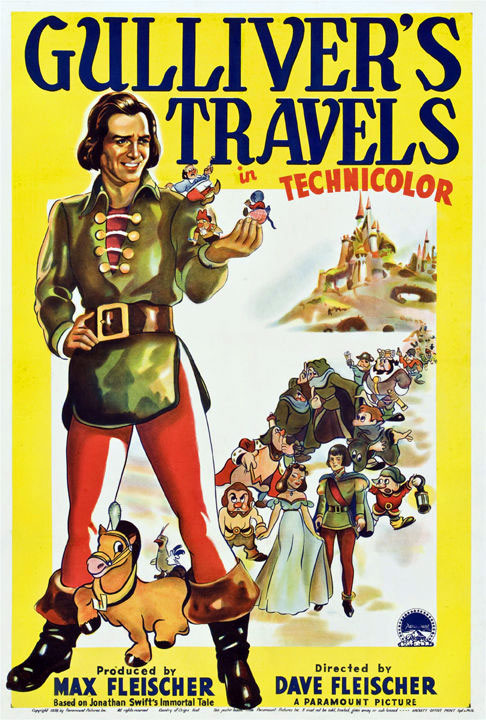