Mickey’s Fun Fair card game, based on the Walt Disney film which features many favourite characters, comes in a double box containing one red backed pack and one blue backed. Each pack has four coloured suits (blue, red, yellow, black) numbered 4-13 plus an additional "M" card. See the Box►

The play is based on Whist. All cards are dealt out and players take turns to lay down cards with the duty to follow suit if possible (at this stage there are no trumps) and the highest card laid wins the trick. If a player has a pair which makes a marriage (eg Mickey and Minny) he can lay this at his turn and score a 40 point bonus and the suit of the marriage becomes the trump suit which remains until a new married pair is laid. The winner is he who scores the most points at the end of the round. See the Rules► 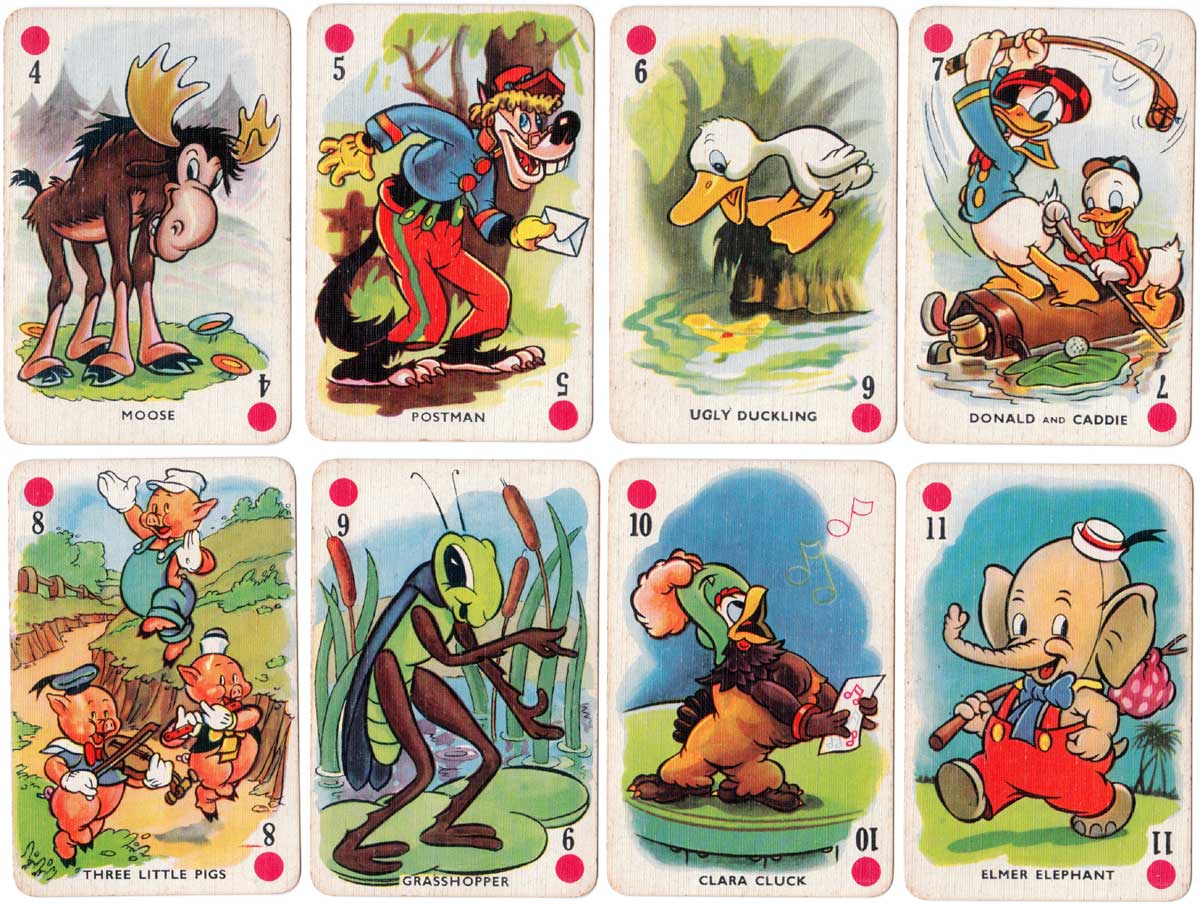 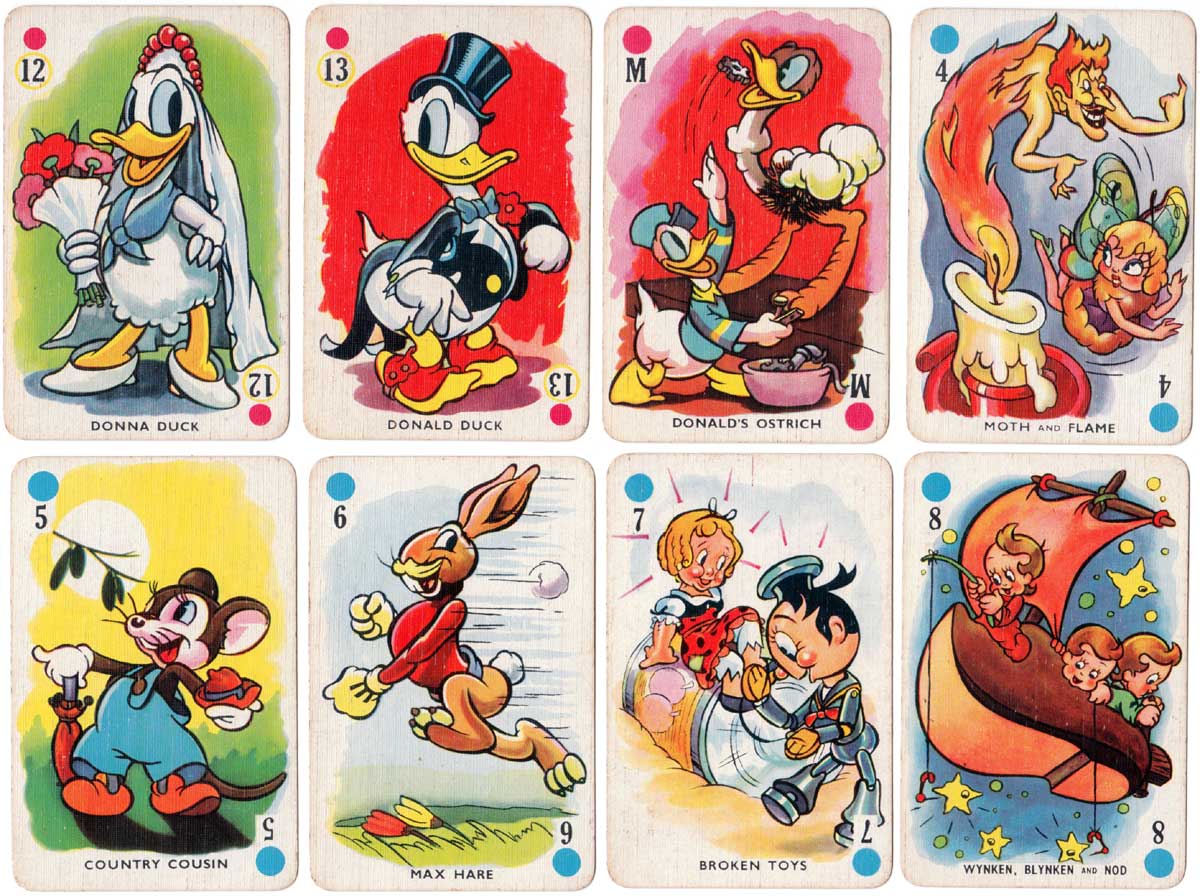 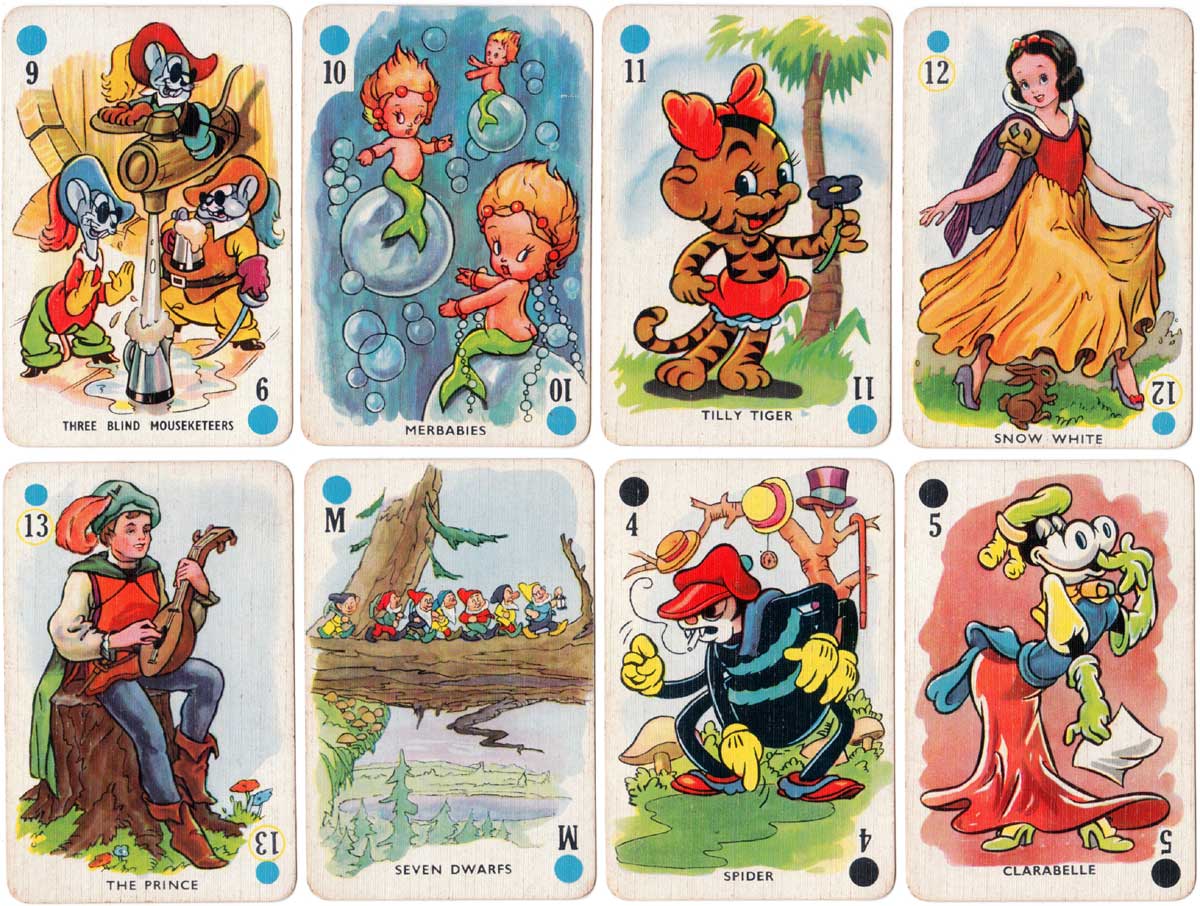 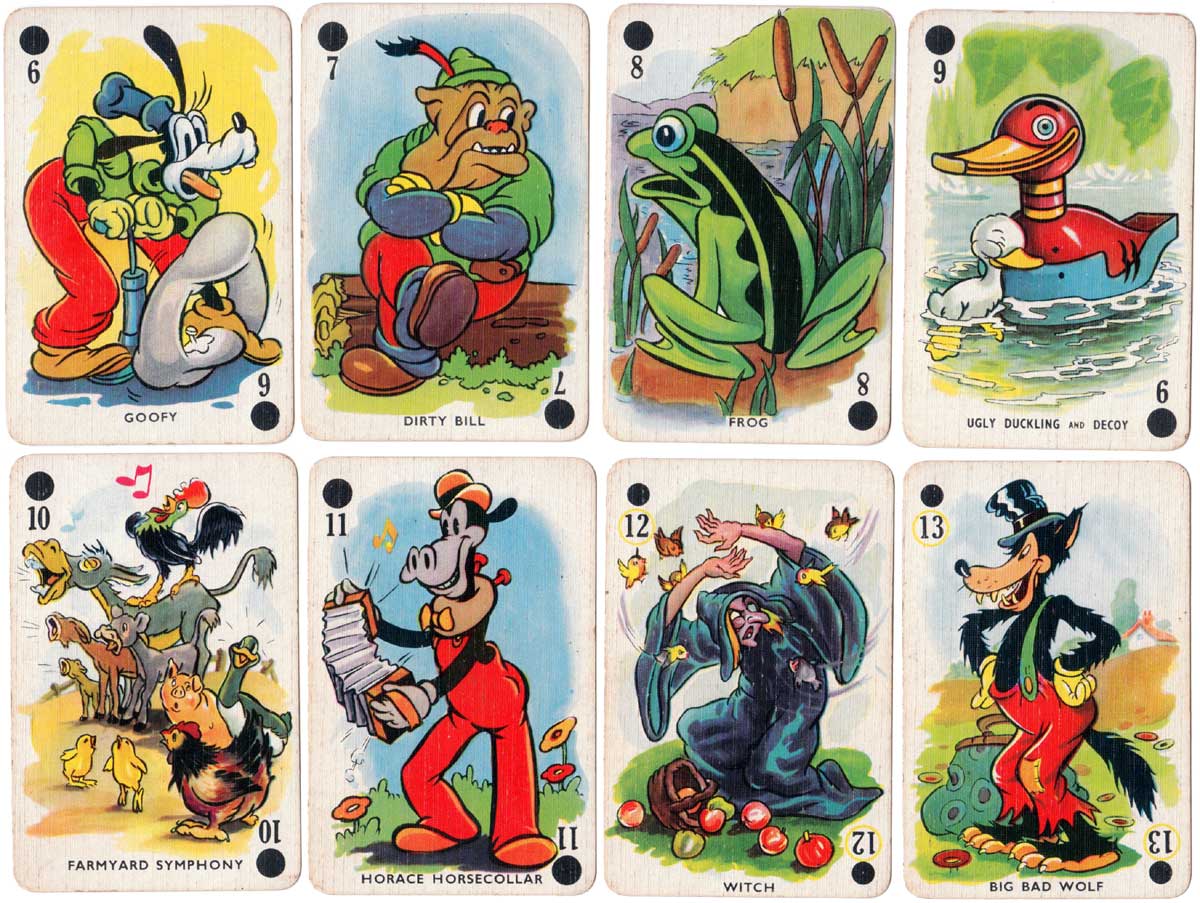 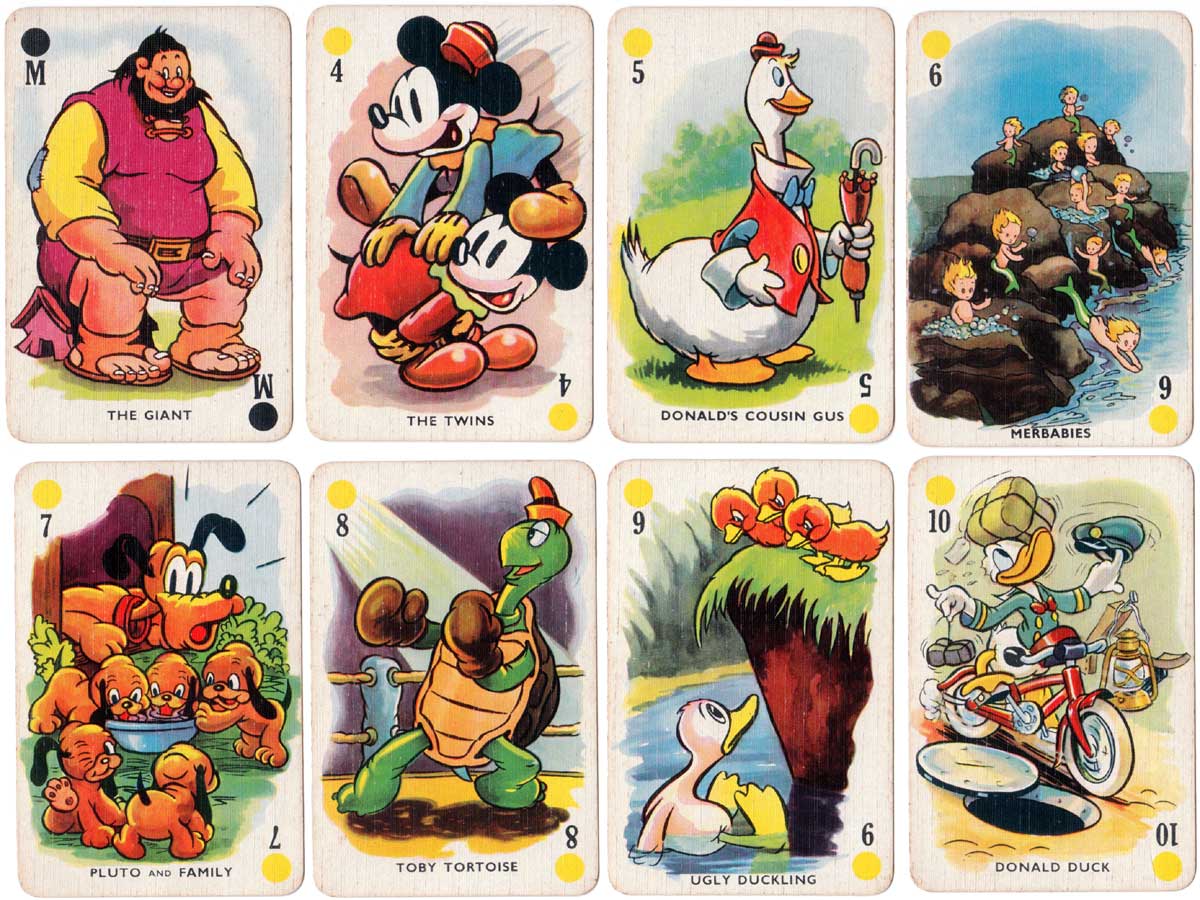 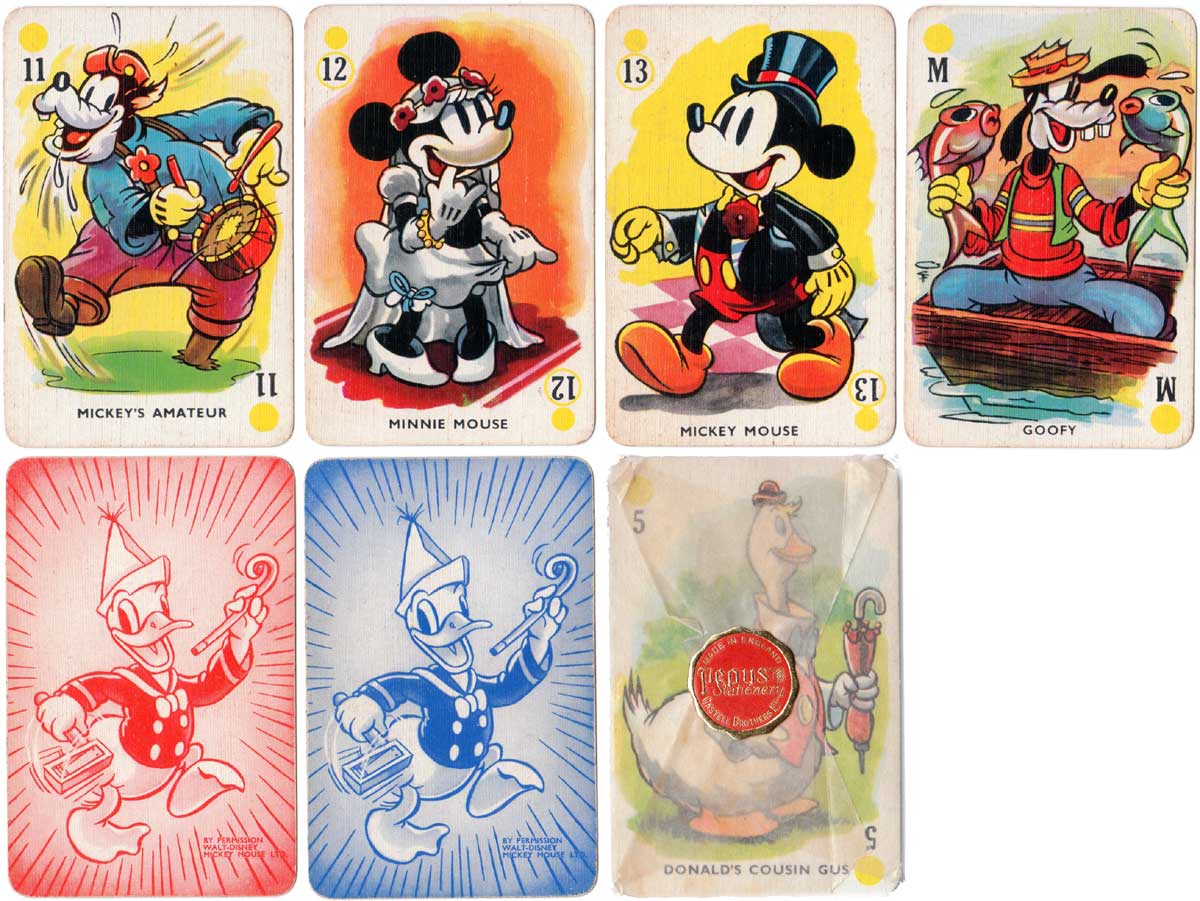 Above: Mickey’s Fun Fair published by Pepys Games in collaboration with Walt Disney, 1939. The double box contains two sets of 44 cards each + rules booklet. The seal reads ‘Made in England Castell Brothers Ltd’. From the collection of Rex Pitts. 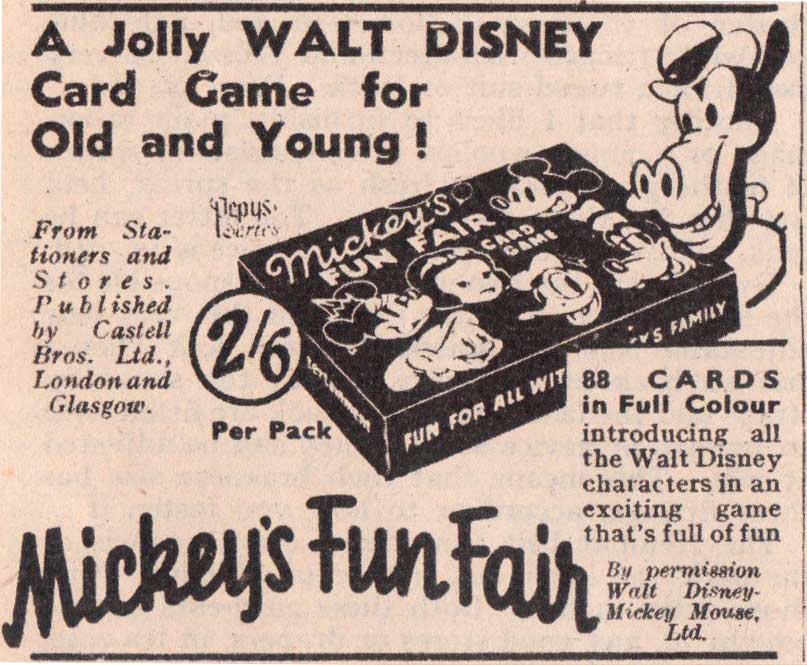 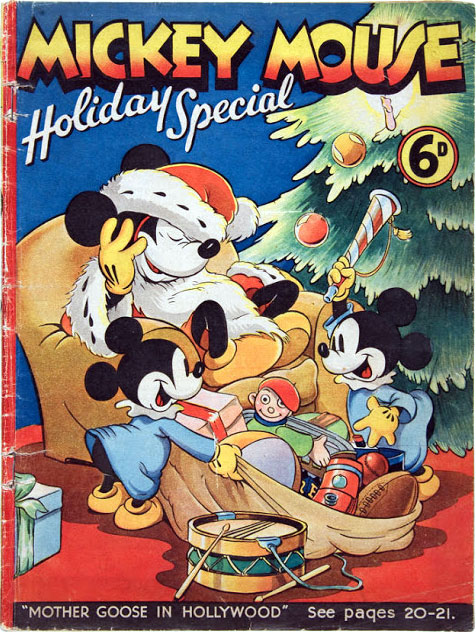