Holmblads No. 121 made by John Waddington, England, c.1935 for Denmark. Several British manufacturers including Alf Cooke, De La Rue and John Waddington produced packs for Scandinavian countries during the 1930s. 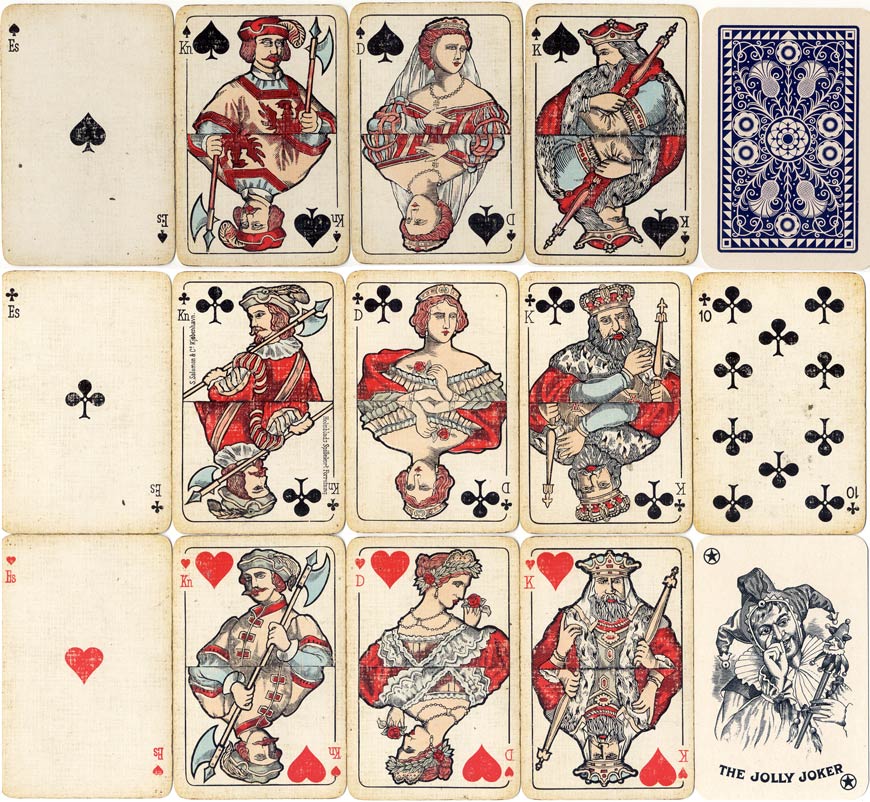 Holmblad/Salomon No. 121 playing cards (Holmblad pattern-II) made by John Waddington, England, c.1935. 52 cards + joker in box. The Jack of Clubs has the inscription "S. Salomon & Co., Copenhagen - Holmblads Spillekort-Forretning" which is also printed on the side of the box. The other side of the box reads "Made by John Waddington, England". The back design is one of John Waddington's standard designs which also appeared on Lexicon and other standard packs in the UK. This edition is printed in two colours; a four colour version was also produced.  See also: Holmblads standard pattern→