Presumably in the wake of the lifting of wartime restrictions on paper, card and printing, Waddington’s introduced a series of unusual shapes in the early 1950s. They resurrected the old circular cards, renamed ‘Rondo’, and produced convex cards (‘Kon-Vex’), the Zulu Shield pack (just ‘Zulu’ on the box) and ‘Slimline’ cards, which were narrower than the usual bridge cards and had a Barribal back design. There was also a De La Rue version of ‘Slimline’ with Goodall courts and different backs. A ‘Kon-Vex’ version of the Coronation cards of 1953 was produced alongside the standard size. Interestingly, the standard sized packs are cut from the same sheets as the convex ones, as the image of the Queen still has convex sides. The courts used for the convex and slimline packs are the only example of a turned version of the Waddington design. Convex cards were not new: convex and concave cards had been produced in the U.S. in the 1920s. 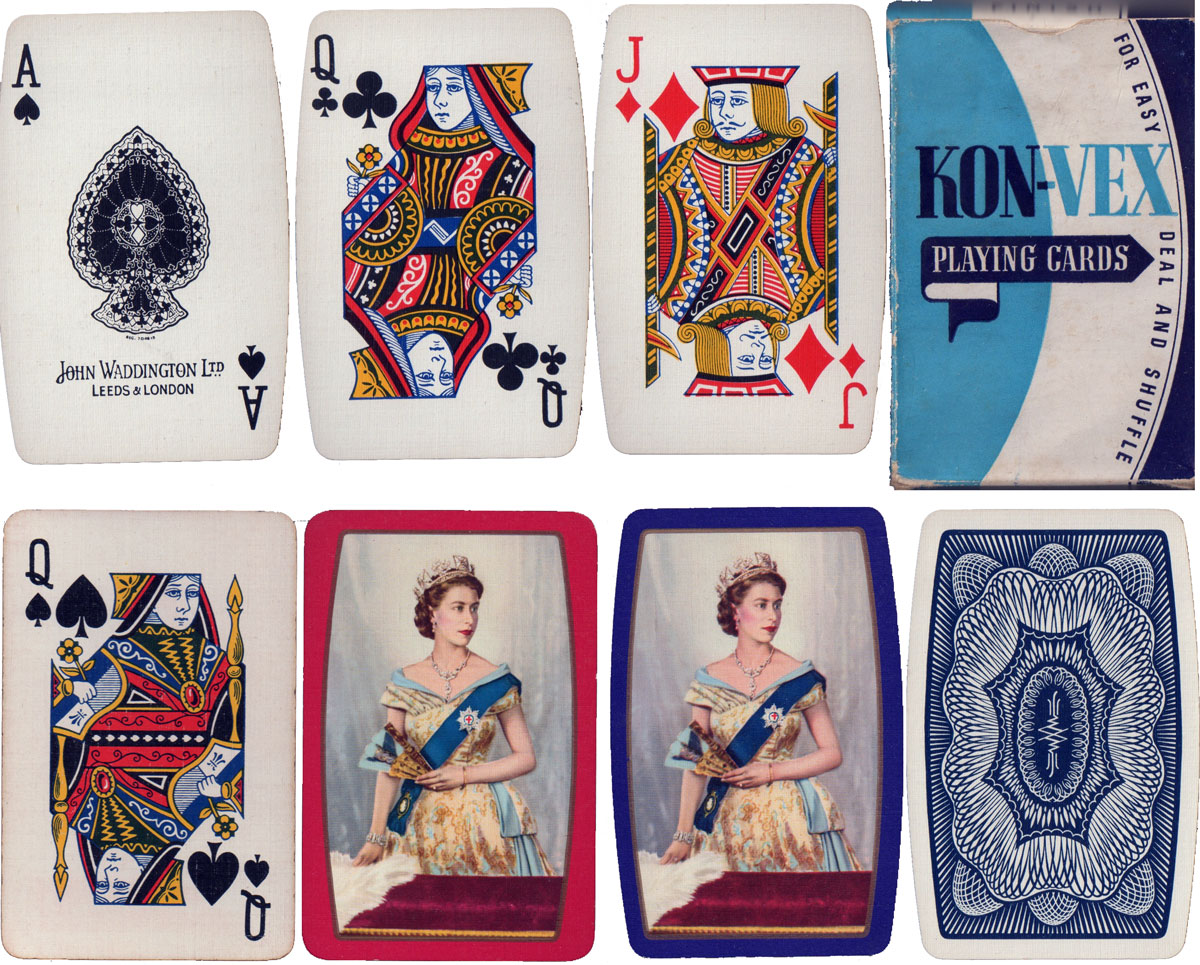 Above: 1950s promotional deck for Brown Brothers. The design on the back features pink elephants wearing top hats and the names of a few alcoholic drinks in very small print! (Click image to zoom). Images courtesy Matt Probert. 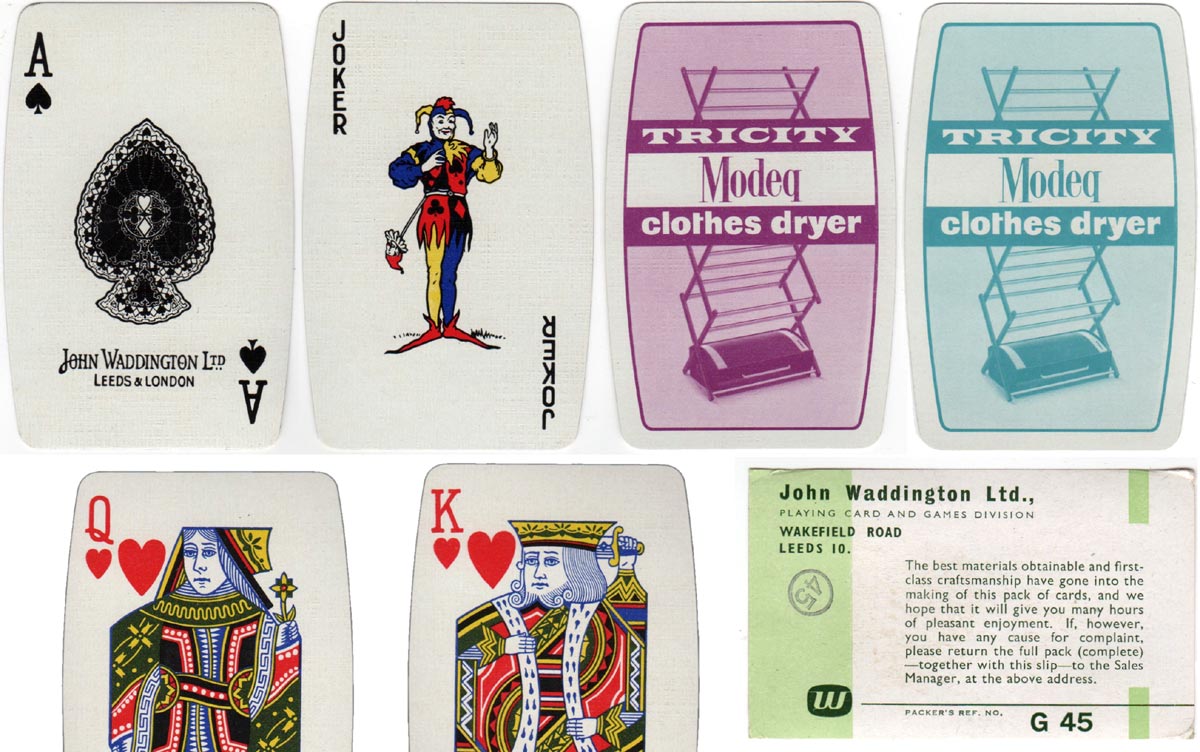 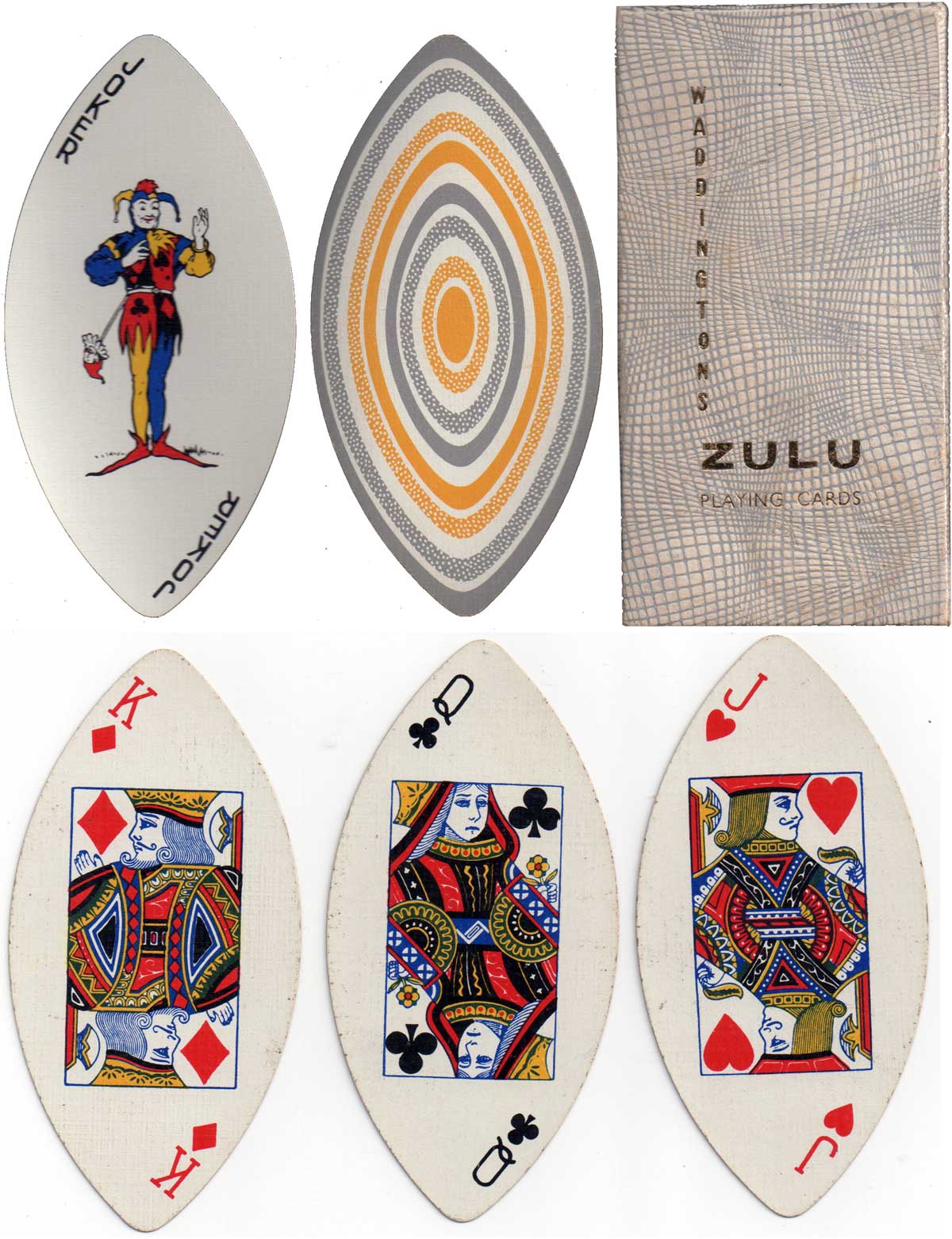 Above: ‘Zulu’ playing cards manufactured by John Waddington Ltd, 1950s. The idea behind the Zulu Shield pack was to enable fanning by only revealing the index at the top (which, incidentally, is in the style of De La Rue's cards). Not a success! Images courtesy Ken Lodge.

All images and research courtesy Ken Lodge unless stated otherwise.