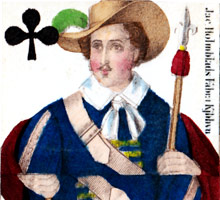 An amazing difference can be seen between the early and the later Jacob Holmblad packs, covering a time span of only 17 years. The earlier production was by stencil-coloured woodcut prints, but in around 1830 he adopted the newer techniques of lithography. Over the years Jacob Holmblad developed considerable workmanship and his playing cards became a success: already in 1823 he was advertising playing cards in ‘extra fine’ and ‘fine’ qualities. His advertisements also included Animal Tarots → 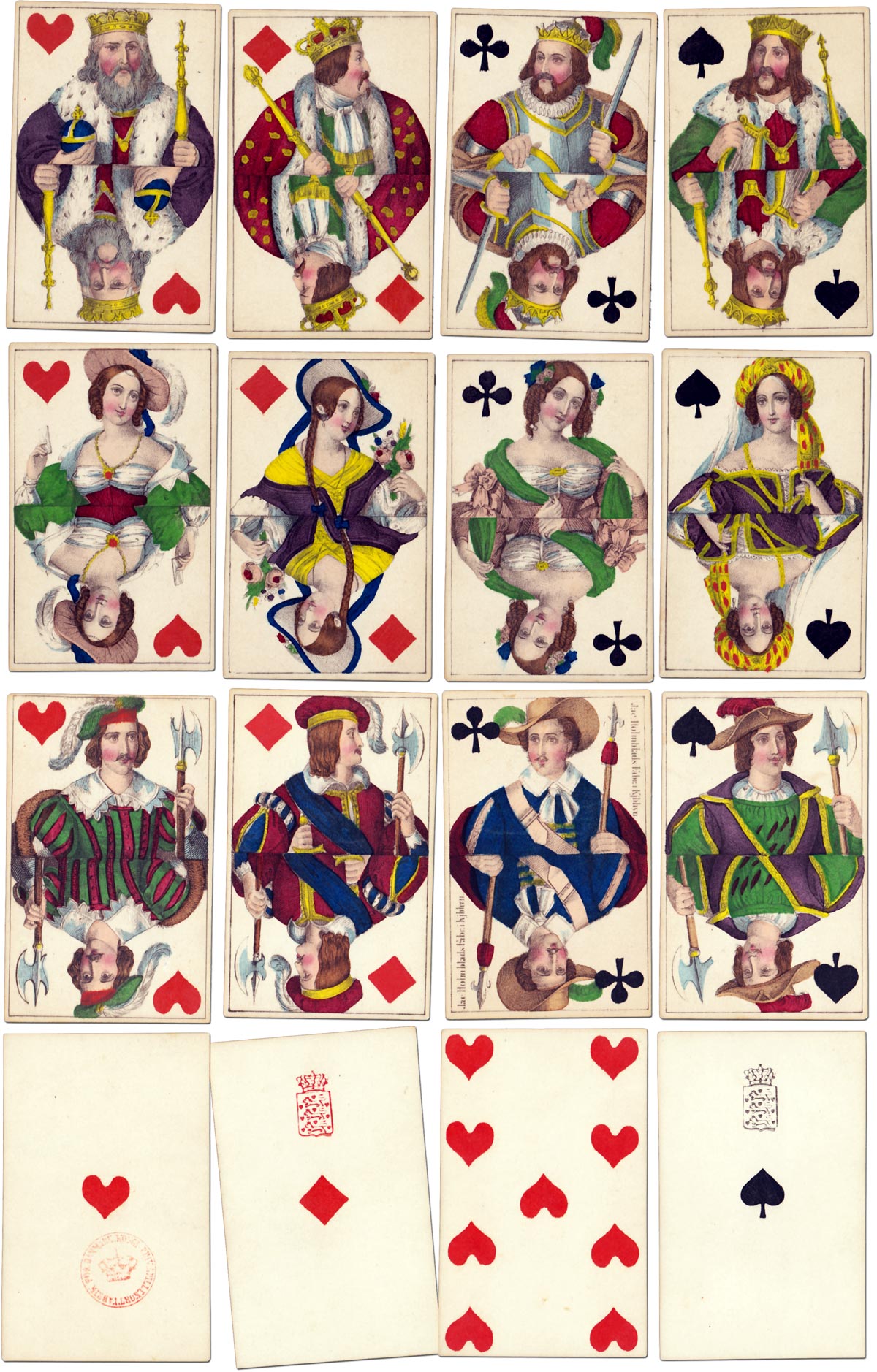 Above: double-ended playing cards by Jacob Holmblad, later period, c.1830. The red over-stamp on the A♥ refers to Jacob Holmblad's royal licence to print playing-cards which had been granted in 1820. The Danish playing-card tax stamp has three lions and a crown. The J♣ has the manufacturer's name. 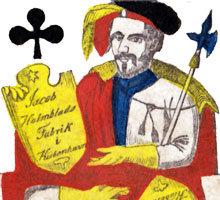 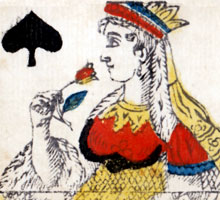