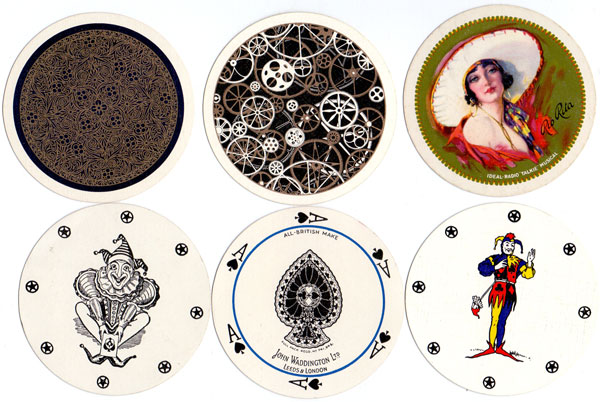 Round and oval playing cards were known in Europe as early as the fifteenth century, and examples by the Master ‘PW’, Virgil Solis and others survive. These early round cards were finely engraved miniature works of art, with non-standard suit symbols such as flowers or small animals. In India round cards are the normal shape. They are round, painted or lacquered discs of thin wood, cotton fibre paper or ivory which may contain up to eight or ten suits. Round playing cards were also produced in the USA in 1874 by I. N. Richardson and subsequently by The Globe Card Company in 1878. Whilst they were advertised as easier to hold, no corners to break, greater visibility, etc., they never achieved much popularity.

In 1929 John Waddington Ltd (Leeds & London) commenced the production of circular cards and these were very popular. They were introduced to the USA where sales were beyond expectations. 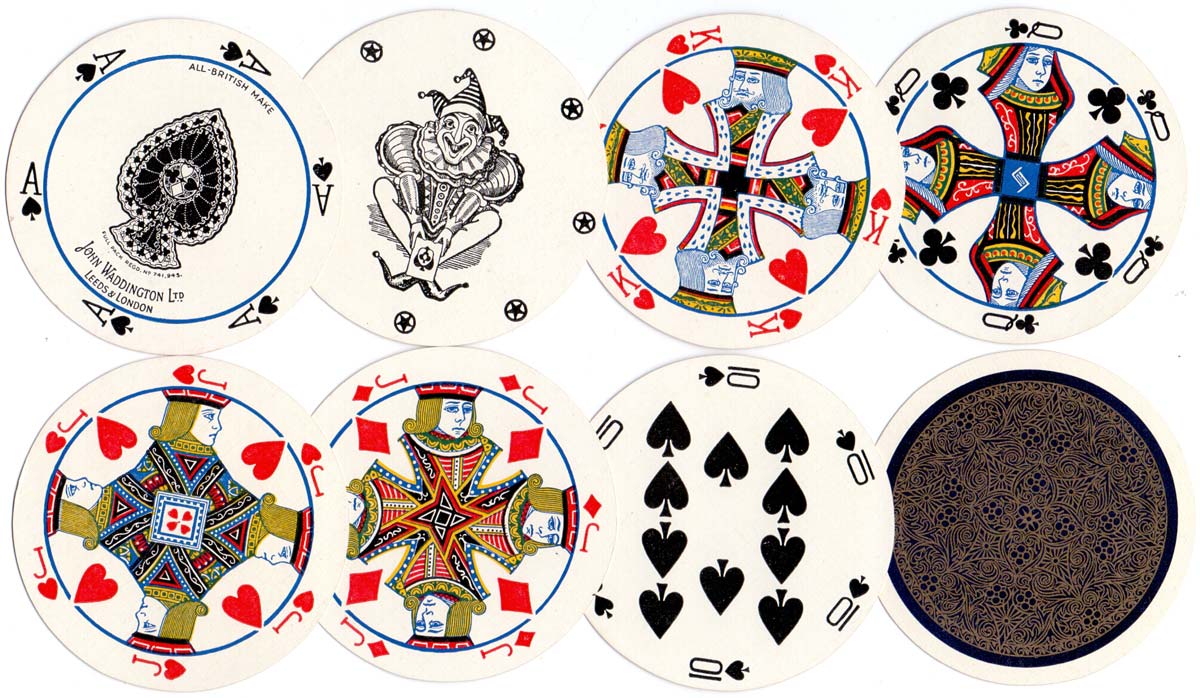 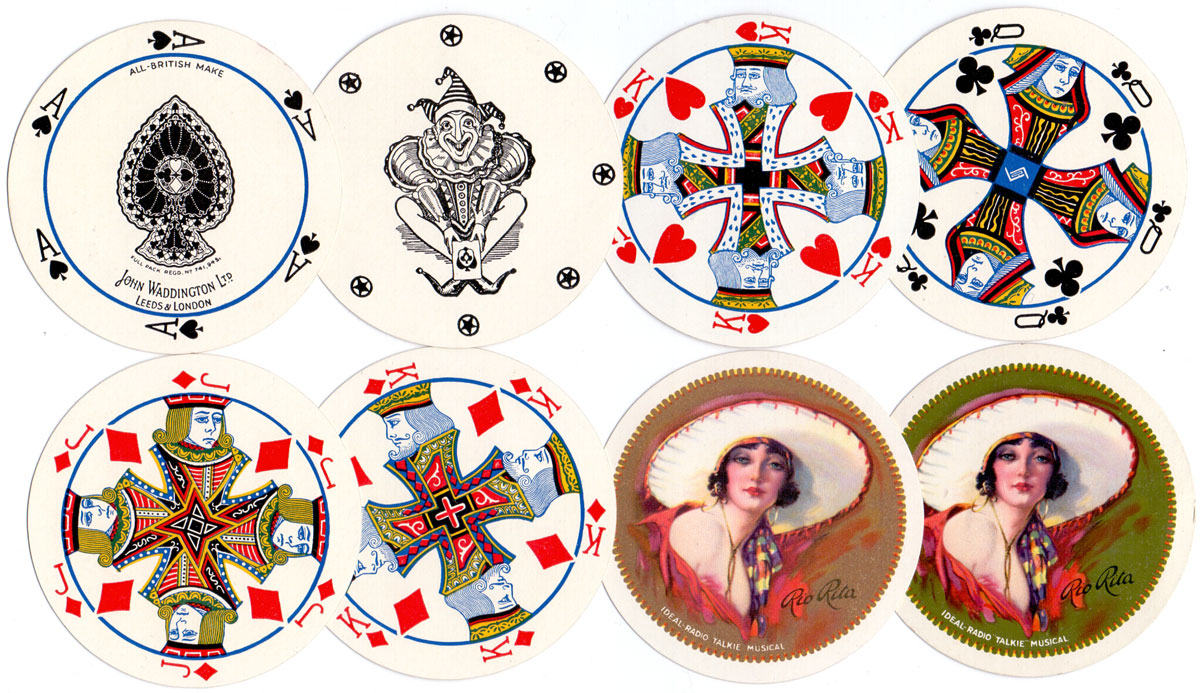 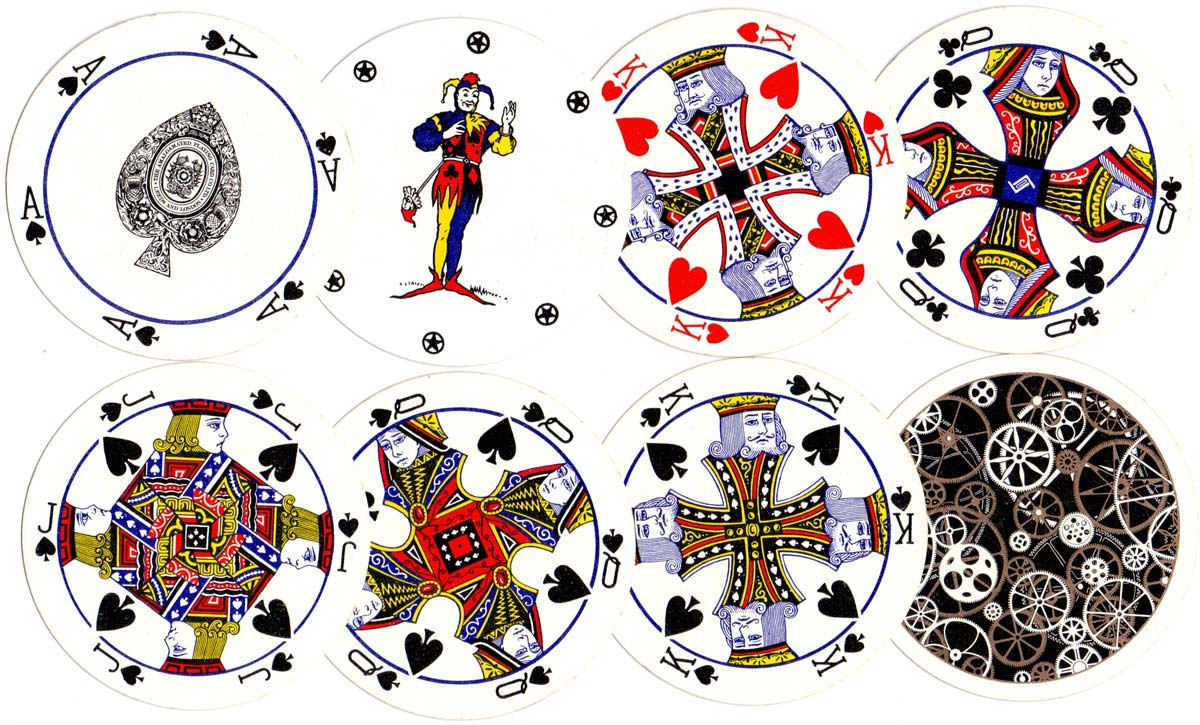 Above: Double boxed set of Waddington's Circular playing cards with details from paintings by Vermeer and Watteau on the reverse, 1980s. (click image to see more)