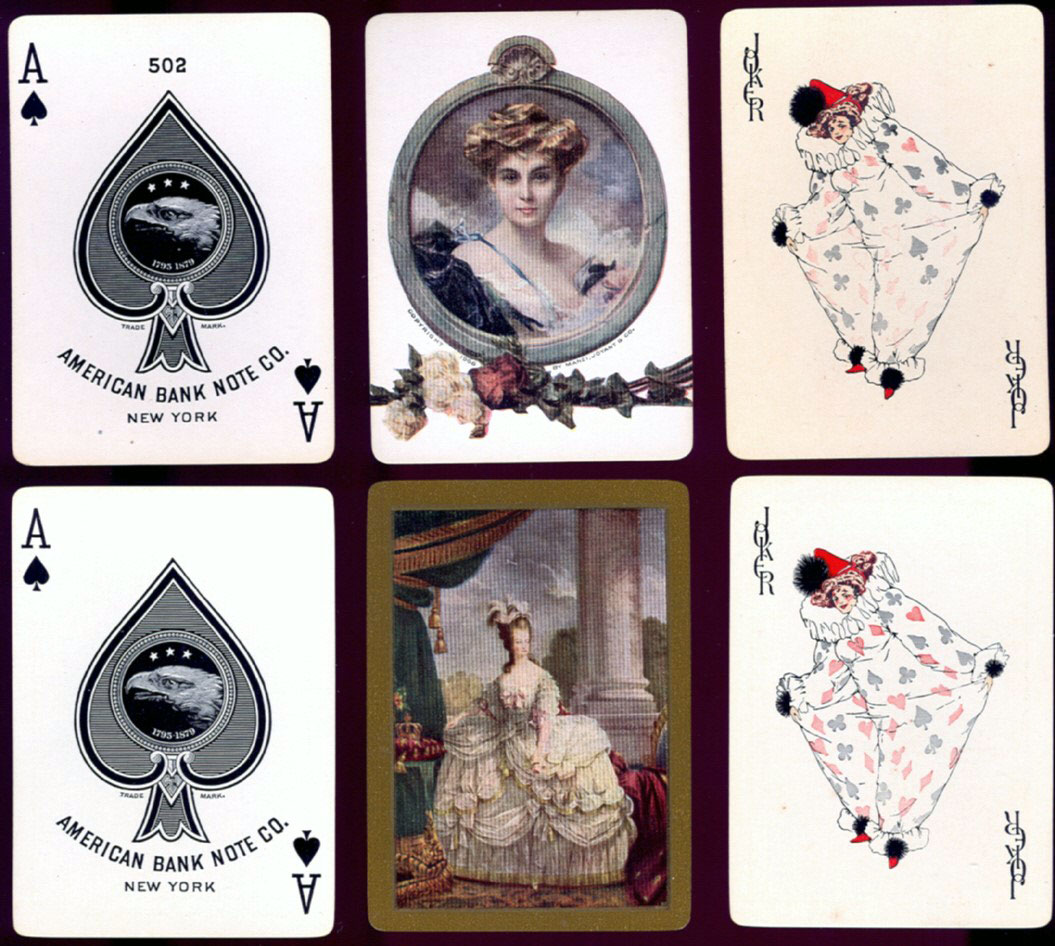 Standard Playing Card Co. commenced producing playing cards in c.1890 but was acquired by United States Playing Card Company in 1894. The Company continued operating independently, as shown on the Ace of Spades and packaging. 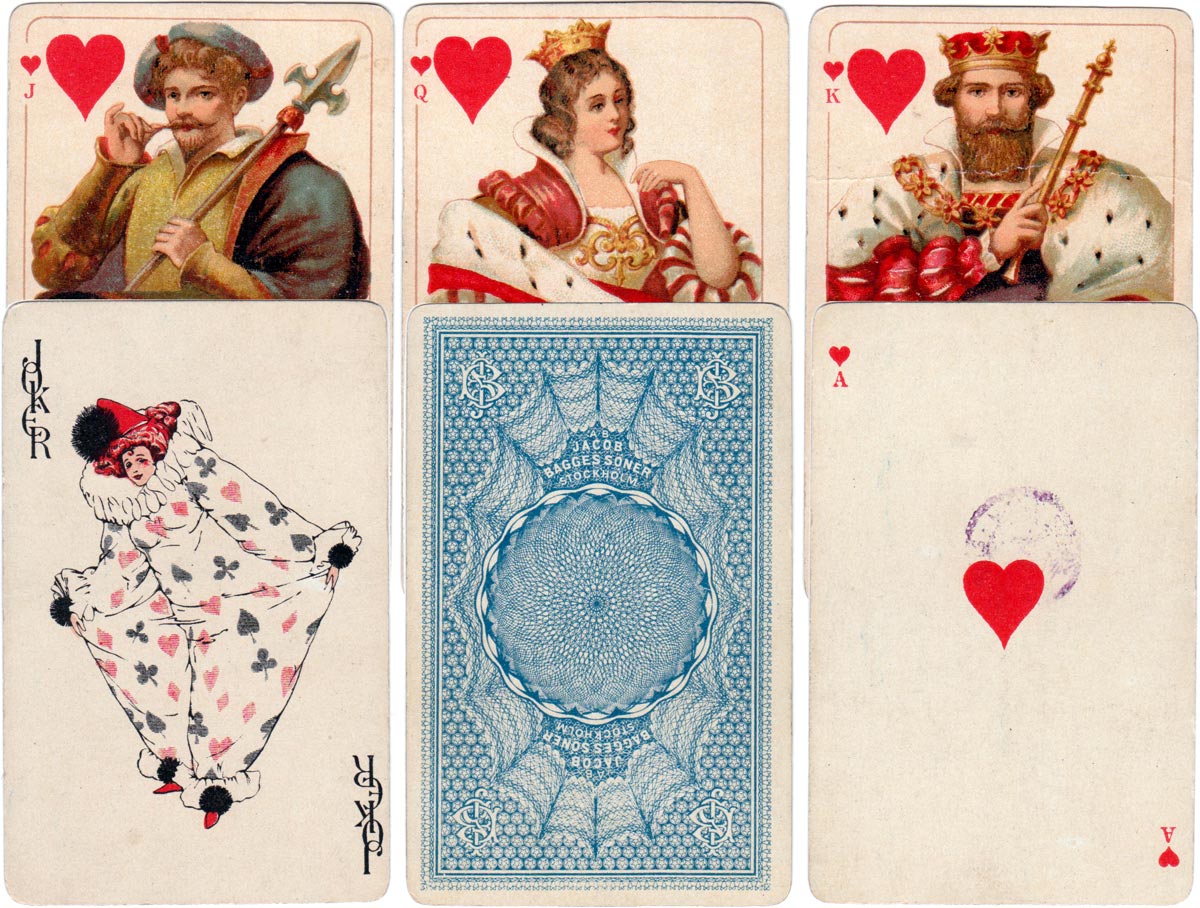 Above: playing cards published by Jacob Bagges AB Stockholm (which are similar to Dondorf’s Luxuskarte No.75) but with a “Baggy Clown” Joker and the original lettering, produced for the Danish firm Adolph Wulff of Copenhagen. Images courtesy Rex Pitts.

The same joker has also been seen in cards made by the USPCC for various customers including WH Smith in the UK. The distinctive lettering on the original American Bank Note Co jokers is seen on packs produced in China, Hong Kong or Taiwan, but to date no copies of the “Baggy Clown” Joker itself have been noted. See example►

Thanks to Rod Starling for initiating this investigation and for additional research.