The educational “Game of Nationalities”, with beautiful illustrations of the people of many nations, published by the Fireside Game Co., Cincinnati, Ohio, c.1897. Some card makers wished to produce games for children but needed to allay their condemnation by religious communities. In 1896 executives of the United States Playing Card Company of Cincinnati, Ohio, formed a separate company, The Fireside Game Company, to produce card games filled with historical facts, foreign customs and other information, which were endorsed by pastors and bishops. By about 1908 the need for a dummy company selling educational cards had passed and the U.S. Playing Card Company sold educational games under its own name. For other games in the series, see the extra cards► 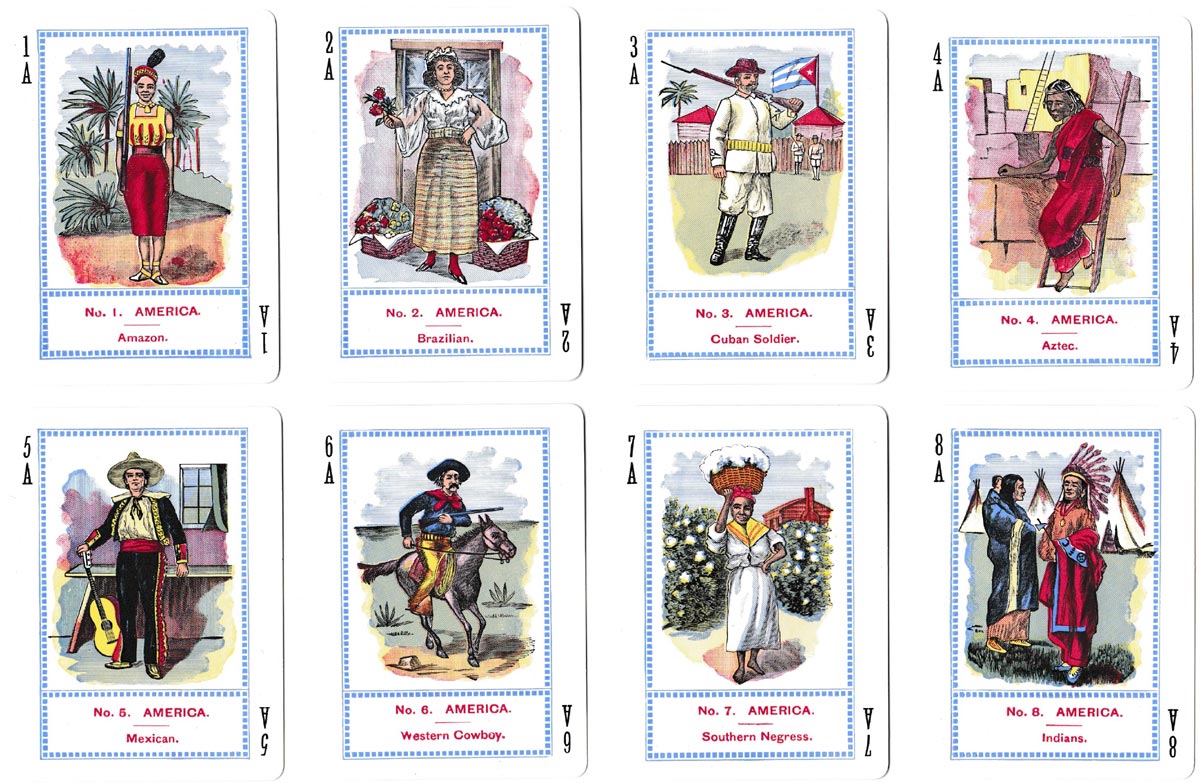 Above: “Nationalities” card game published by the Fireside Game Co., Cincinnati, Ohio, c.1897. the Fireside Game Co. and the Cincinnati Game Co both belonged to the US Playing Card Co and the three names were used to published many games around either side of 1900. Lots of them were a bit dull with black and white or sepia pictures but all of them came in a nice lid + bottom box. 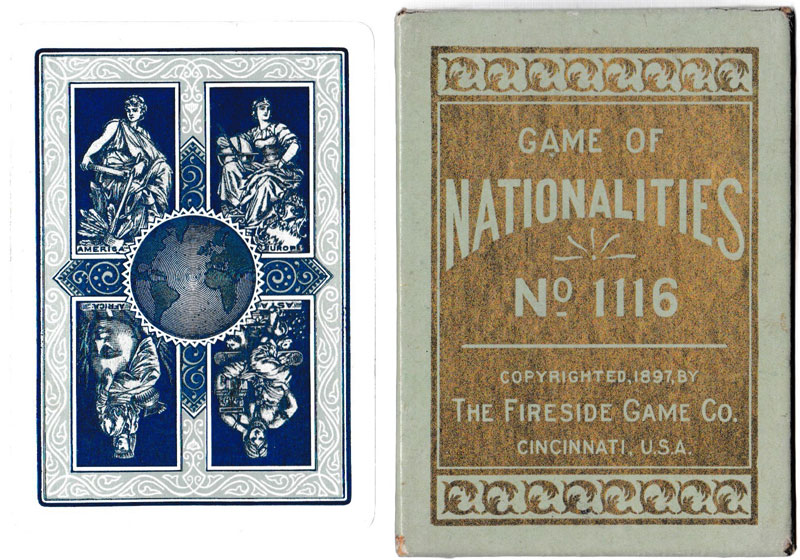