Mekuri Tensho playing cards are derived from the early ‘Dragon’ type cards of the 16th century, usually associated with cards which arrived in Japan via trading routes to Spain and Portugal. The 48-card deck consists of four suits of twelve cards each, ace through nine pip cards, a female sota, a mounted caballo and a seated rey. 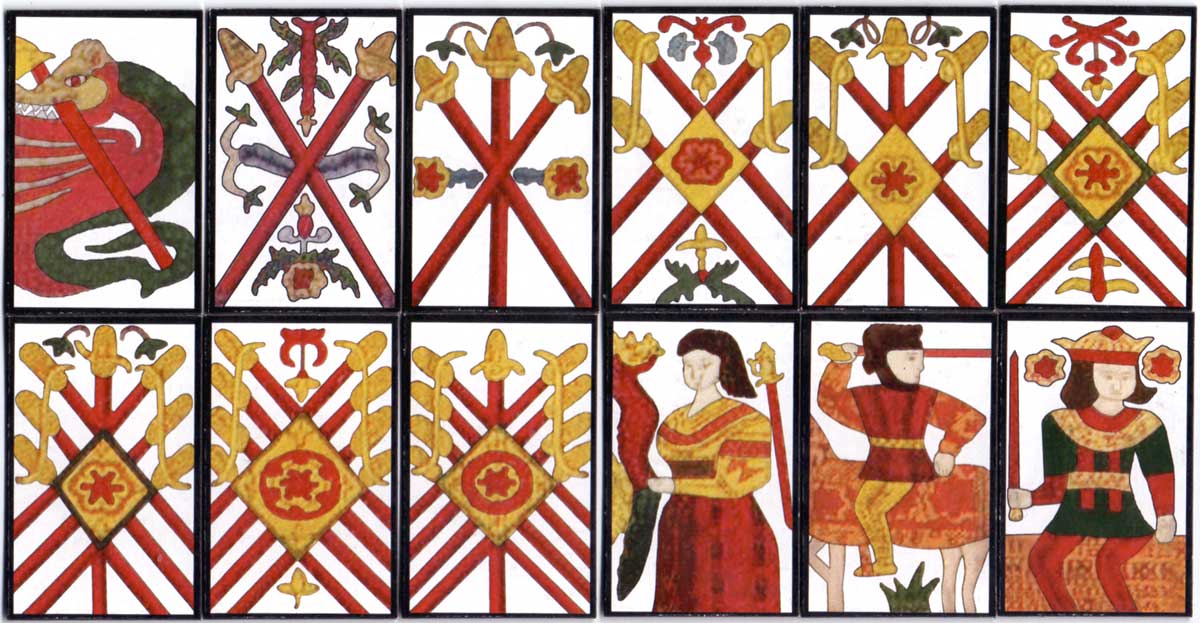 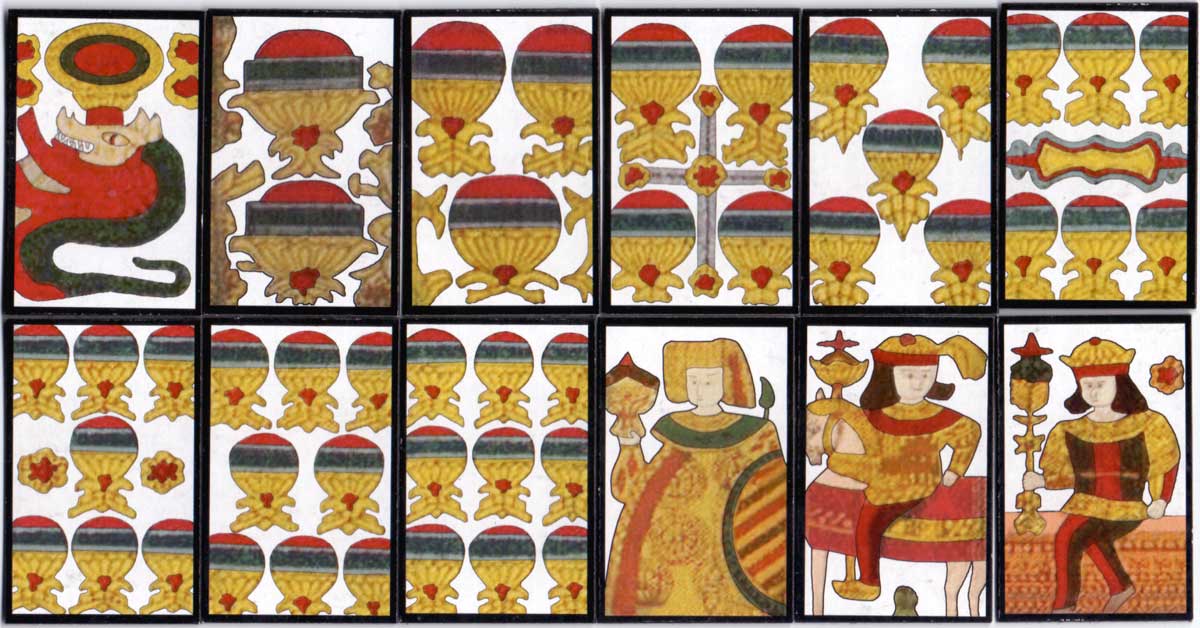 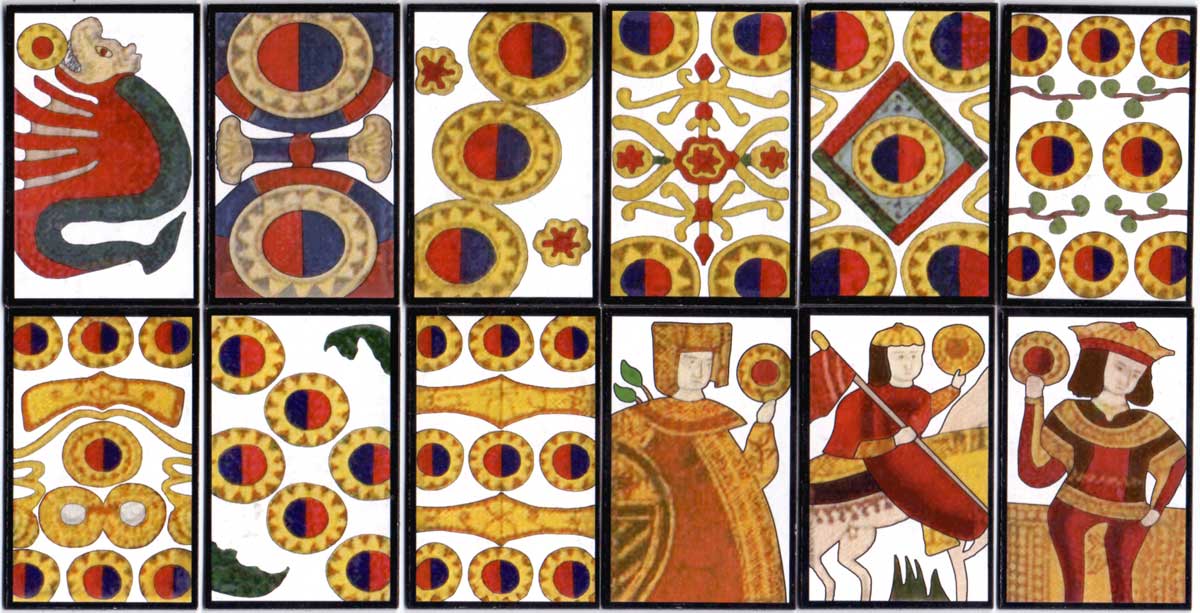 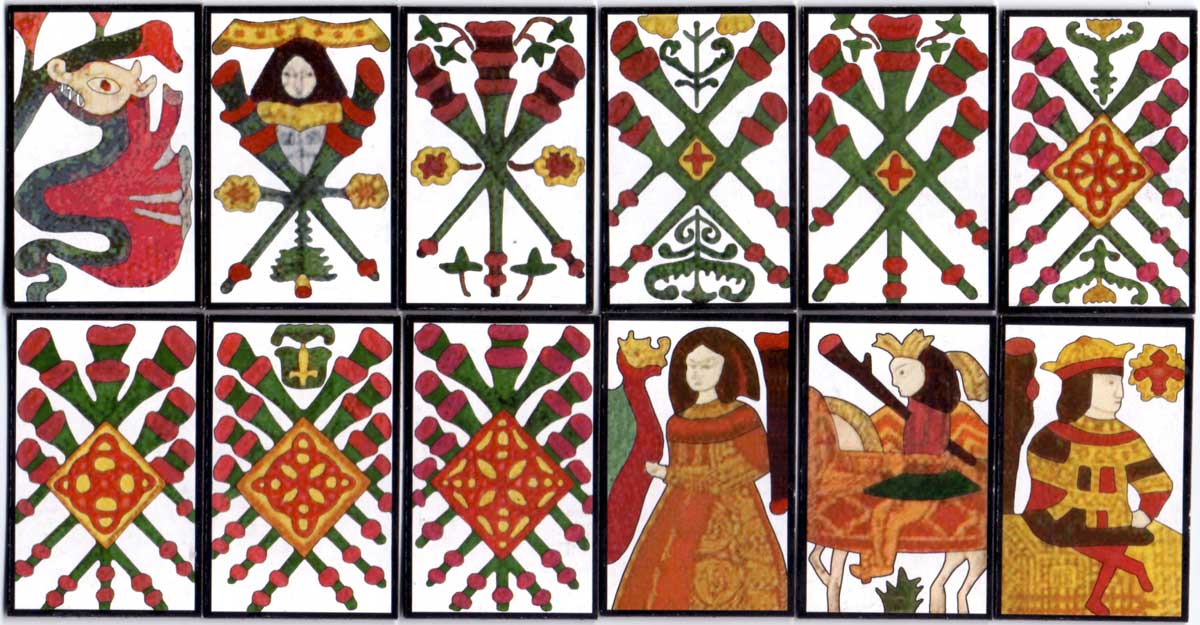 Above: limited edition recreation of Tensho Mekuri cards, based on an 18th century original, hand-made by Patricia Kirk, 2003. The deck also includes a Tengu and an extra card to make a total of fifty cards. The cards are about 1½" wide by 2¼" high and 1/32 of an inch thick. 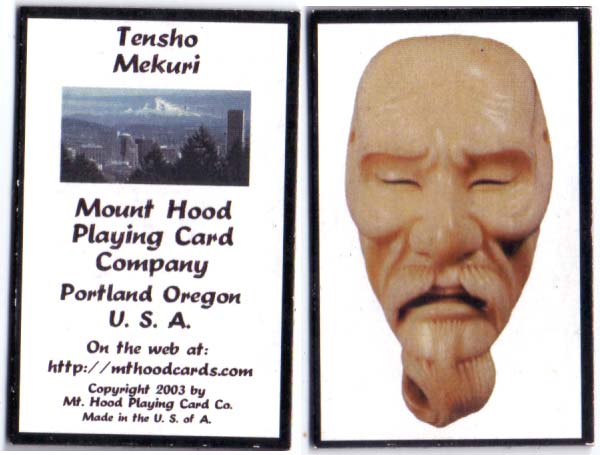