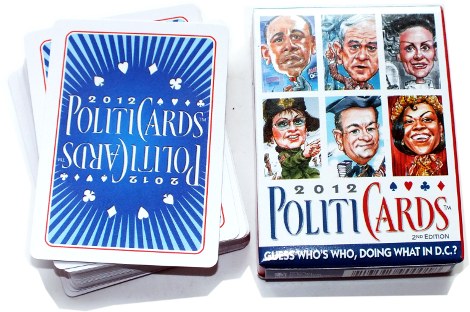 Politicards 2012 casts this year's American politicians, pundits and celebs as characters from classic feature films. This is the sixth in a series of U.S. election satirical playing cards created by Peter Green.

"This is intended to be an evenhanded non-partisan poke at these folk," says Green. "I would be happy if people buying Politicards would just get a bit more involved in our election process through the humor in these images." After all says Green, "We all deserve a better deal." 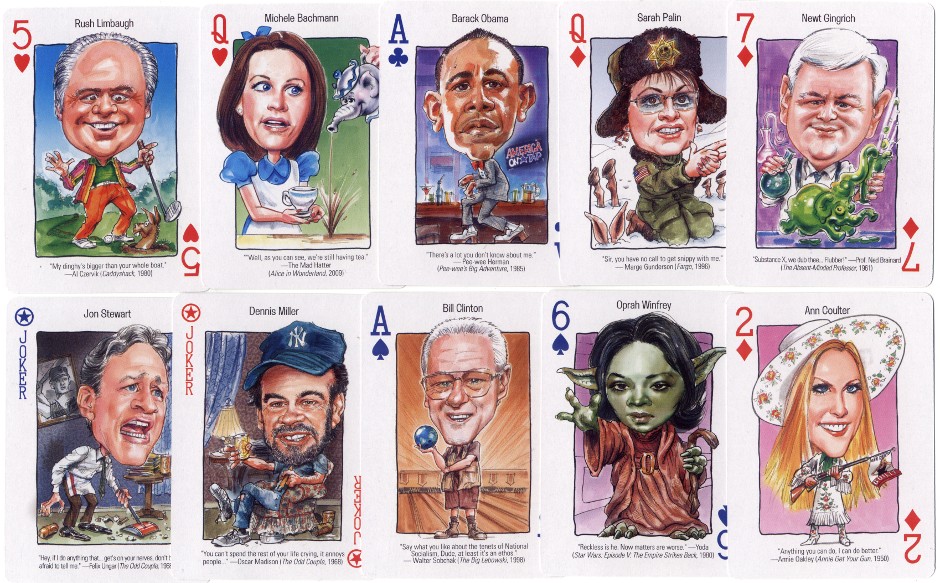 Above: cards from 'Politicards 2012' designed by award-winning illustrator Peter Green. This 2012 deck of Politicards represents the sixth election year that Peter Green has created these collectible playing cards. The cards are available direct from www.politicards.com.

Peter Green created Politicards 40 years ago with the Nixon/McGovern '72 election and ever since they have become the most collected election memorabilia every four years. Green's current deck takes the U.S. politicians and pundits that are active in the current scene and places them as characters from Hollywood movies with a carefully researched line from that movie and the character they are depicted as.