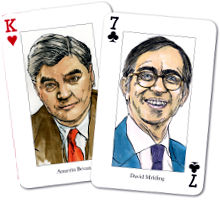 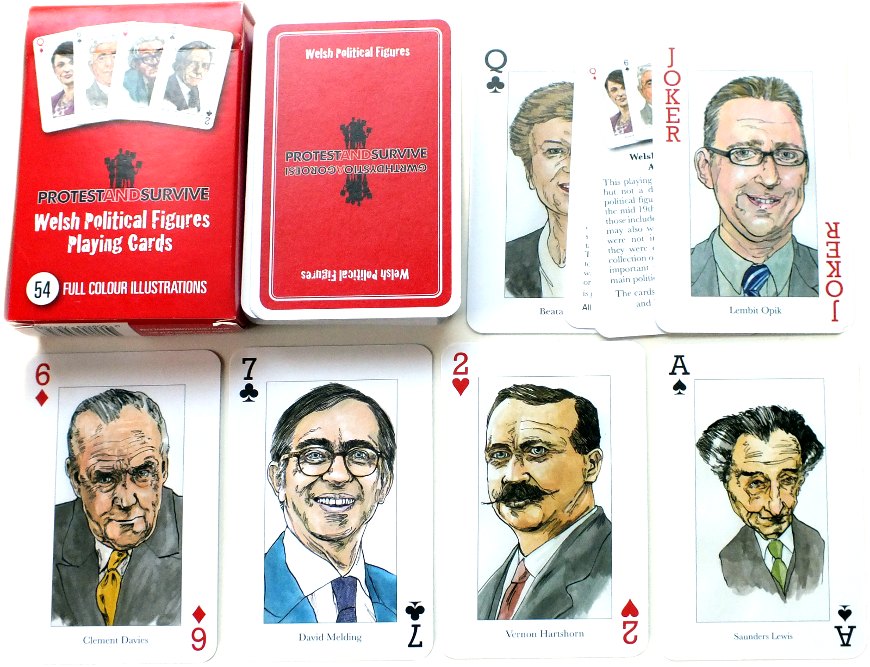 Above: cards from 'Welsh Political Figures' playing cards published by Protest and Survive Ltd, Cardiff. The cards are the combined work of the artist Dan Peterson and political historian Professor Russell Deacon. The first edition is of 1,000 packs only.

Dan Peterson, the artist who drew the portraits, studied art at the Cardiff School of Print and Cardiff School of Art and Design. He has worked as an illustrator and designer for over twenty-five years. Professor Russell Deacon holds a part-time post in the Department of History at the University of Wales Trinity St David.