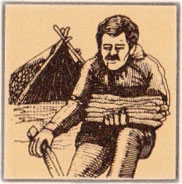 Survival Playing Cards - essential knowledge of how to survive any outdoor emergency without panic - published by Environs Inc. in 1974. As well as regular suit symbols and denominations, each card features a safety tip on anything from snake bite to what not to eat. Don’t take chances. See the Box► 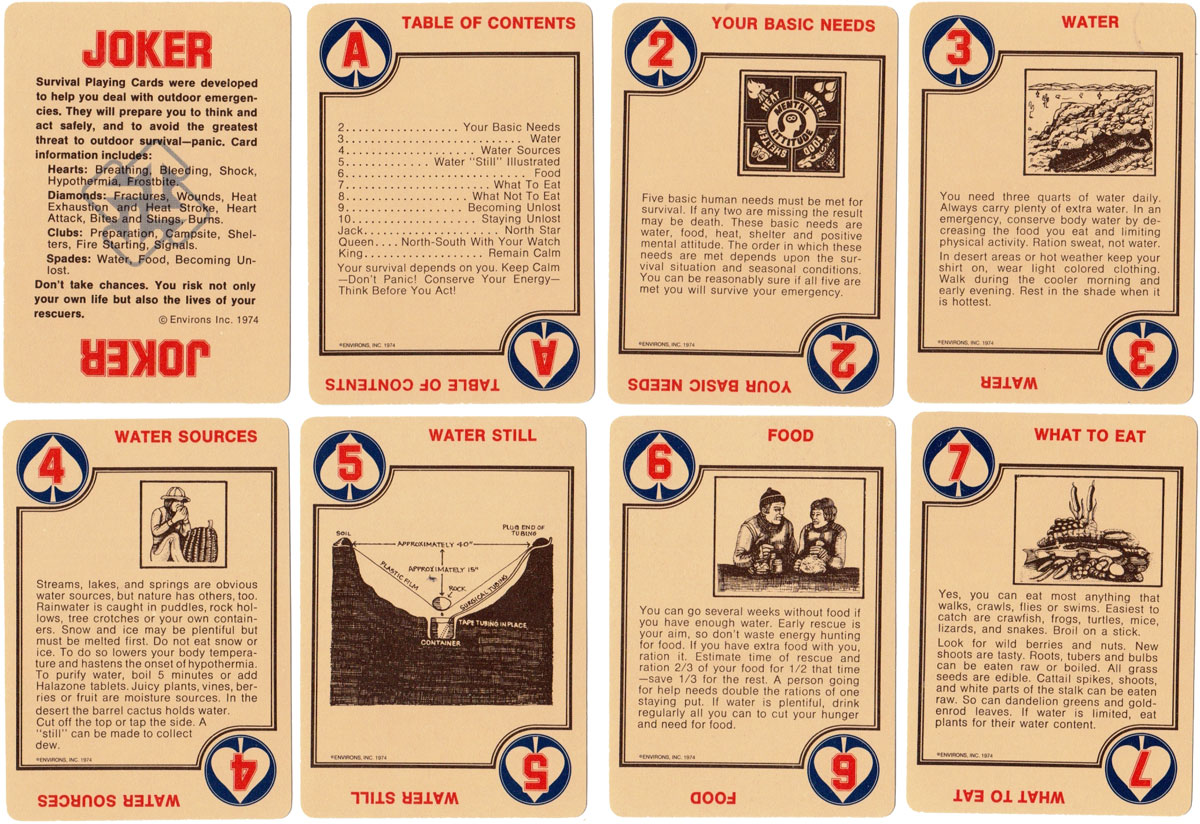 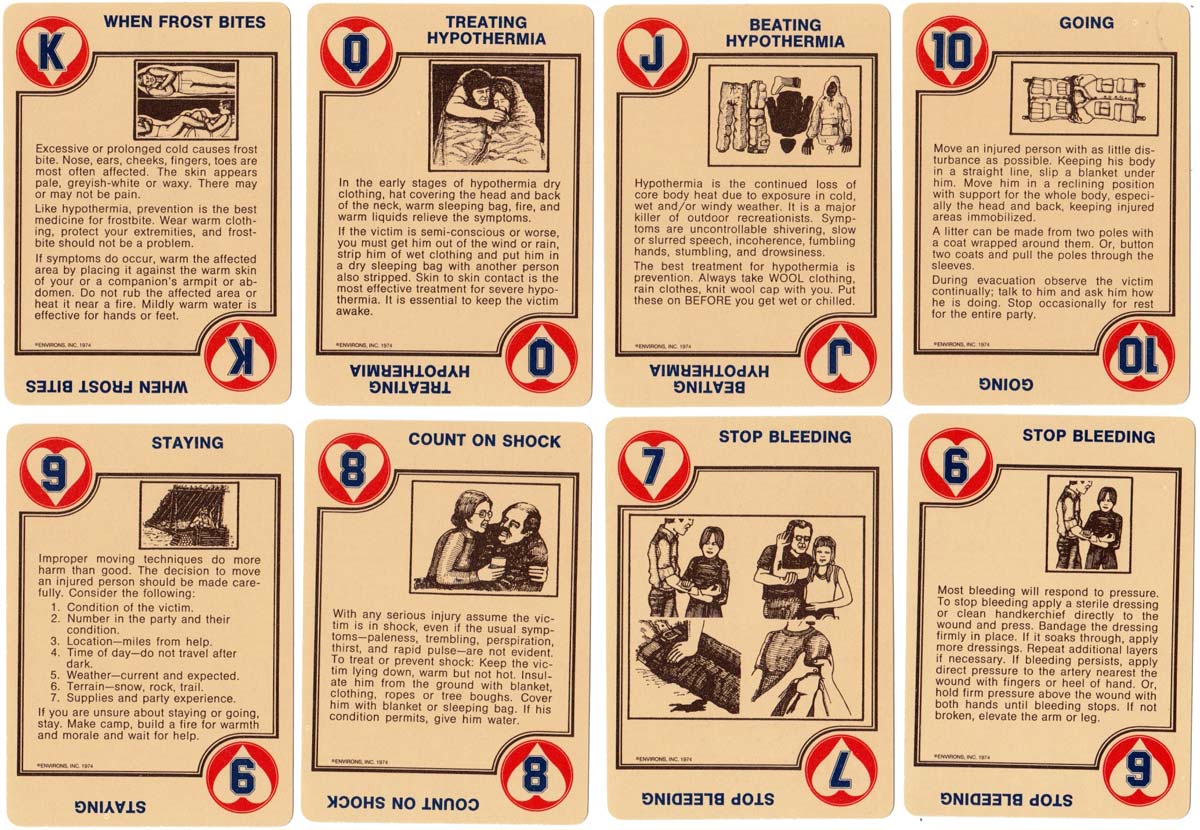 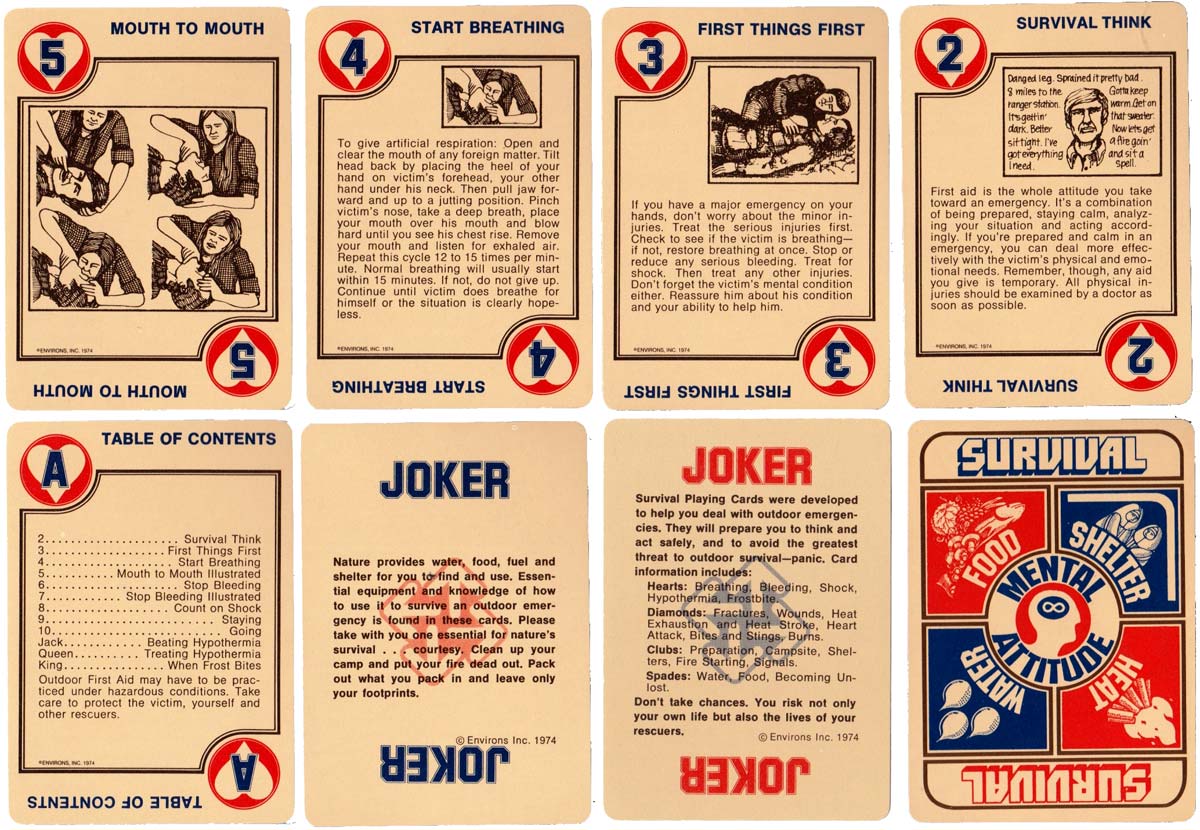 No maker’s name but side of box is inscribed “GTA 21-7-1, 1 Apr. 1968”. This was published in the middle of the Vietnam War obviously for US troops to guide them if they were lost in the jungle. The cards cover topics such as purification of drinking water to avoid illness, poisonous snakes, insects and pests, edible animals, fruits, etc. 56 cards with no suit symbols or denominations. See the Box► 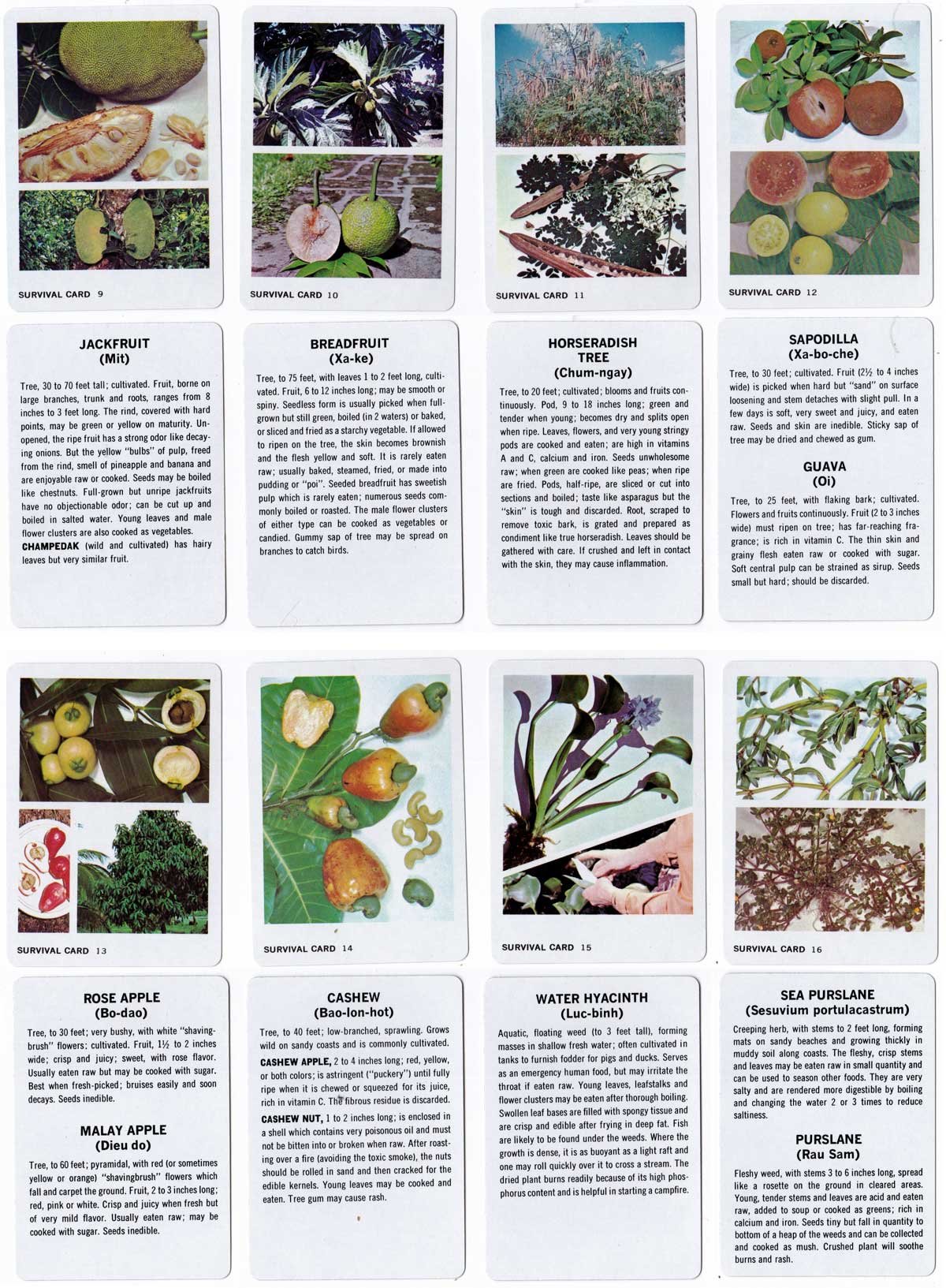 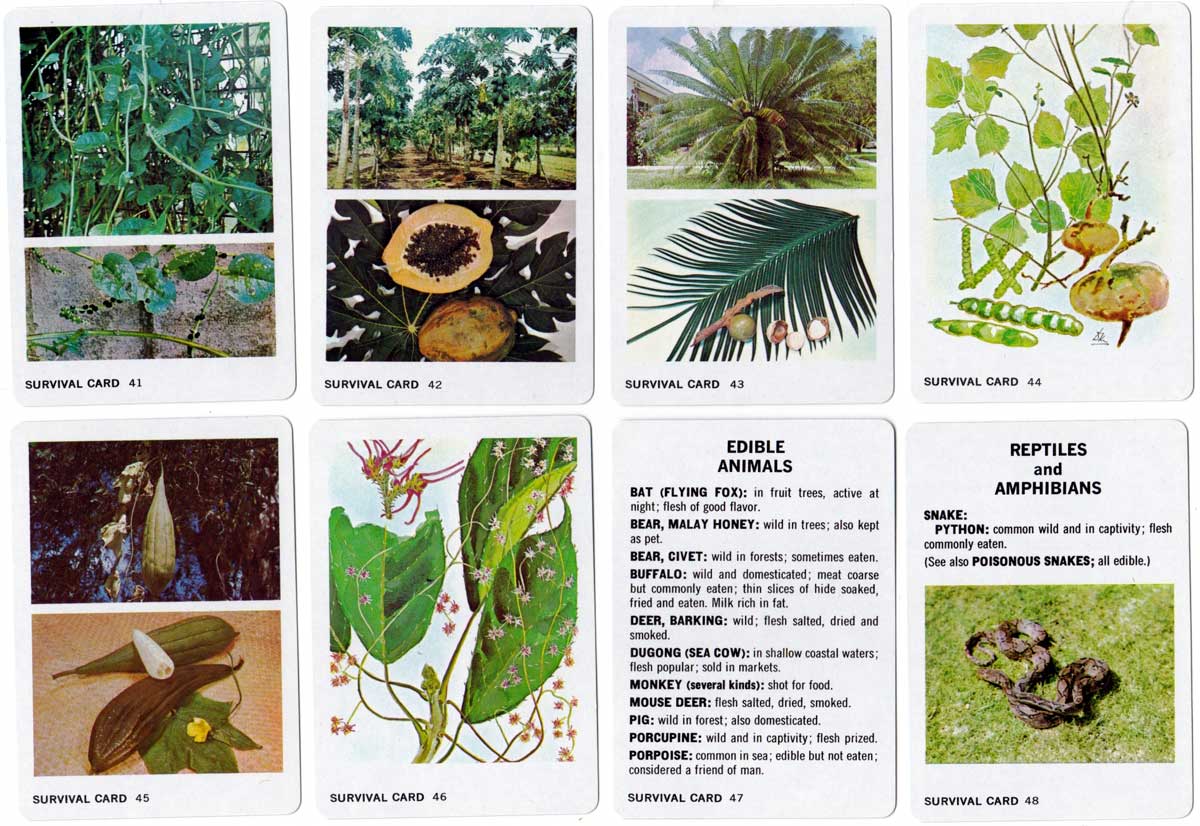 Above: cards from Survival Playing Cards for South East Asia, 1968. 56 cards in box.